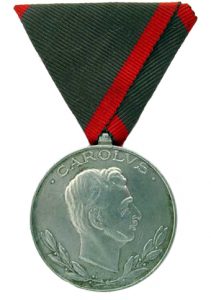 In this blog I am going to discuss the Wound Medal (Verwundtenmedaillen). This medal was created by emperor and King Karl to recognize those who became ill or were wounded as a consequence of their military service in World War I.

Reason Issued: To reward members of the armed forces of all ranks who were wounded or became seriously ill while serving in the combat theater of operations.

Classes or Types: This medal was issued in six types.

Design: A round medal with a raised rim and an attached square eye. 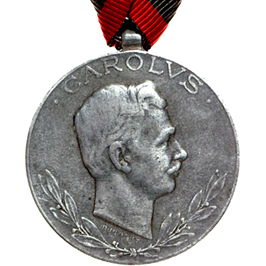 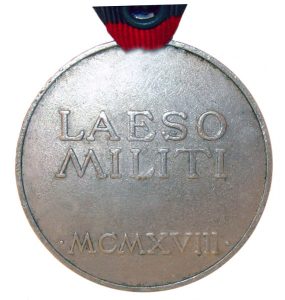 Reverse:  The reverse of the medal is inscribed in three lines LAESO/ MILITI/.MCMXVIII. (For Wounded Warriors 1918). This is a shortened version of the Latin inscription LAESO ET INVICTO MILITI (for wounded and undefeated soldiers) taken from a speech on the occasion of the 1748 establishment of the Berlin Military Hospital.

Manufacturer: There was more than one manufacturer. One of them was Winter and Adler

Number Issued: 3,600,000 persons were eligible to receive the award.

Hope you enjoyed this blog. Until next time when I will continue my discussion of the Wound Medal, I hope you find joy in our shared interest