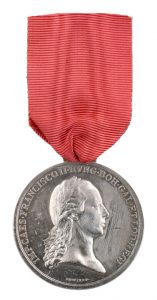 The West Gallaecian Commemoration Medal (Medaille zur Huldigung von Westgalizien) was instituted in 1796 by Emperor Franz II to commemorate the celebration in Krakow on August 17, 1796 at which the people of Western Galicia swore an oath of elegance to Emperor Franz II.

Reason Issued: This medal was authorized to commemorate the celebration in Krakow on August 17, 1796 at which the people of Western Galicia swore an oath of elegance to Emperor Franz II.

Design: A round medal with a raised rim and an attached flat round eye. 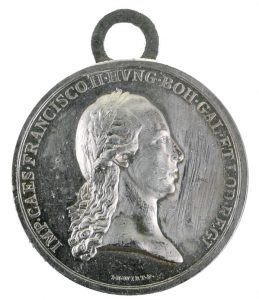 Obverse:  The bust of Emperor Franz II in profile, facing to the right, with long flowing hair and a laurel wreath on his head. Around the edge of the medal is an inscription which reads: IMP. CAES. FRANCISCO II. HVNG. BOH. GAL. ET. LOD. REGI Translation, Franz II, Emperor and King of Hungary, Bohemia, Galicia and LOD . Below the bust is inscribed the name of the medalist I.N.Wirt F. (The F stands for fabrikat ,(fabricated) 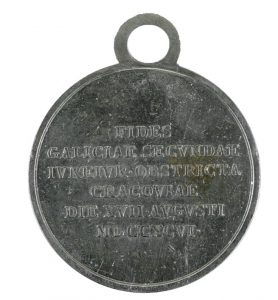 Size: All medals are 48.5 mm in diameter

Type of Material: Silver and Tombak 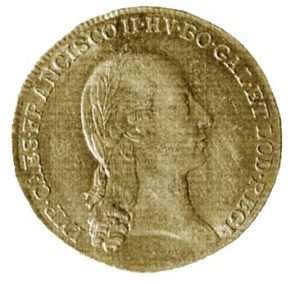 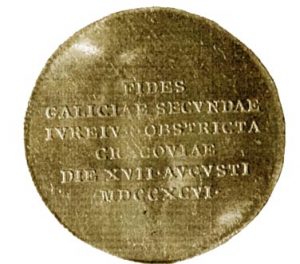