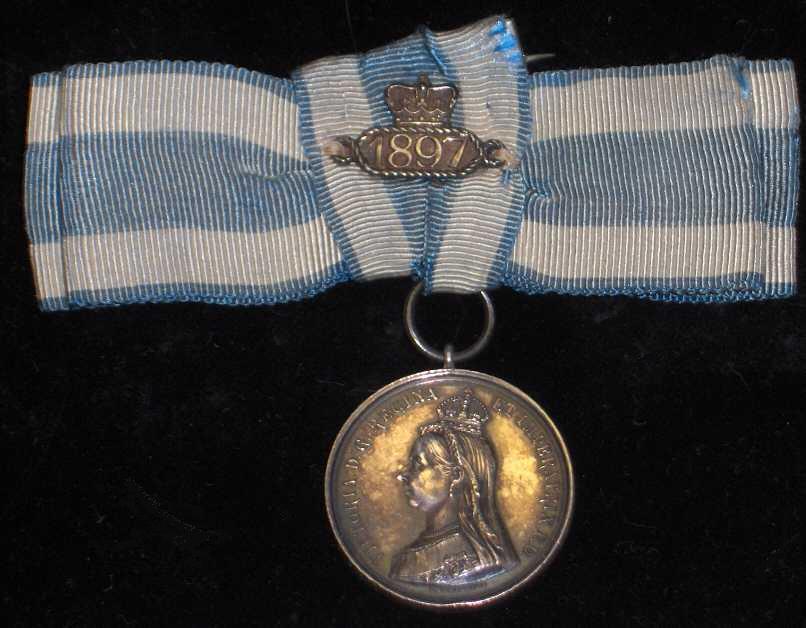 Click to Enlarge
Added by: Tony Farrell Description: This medal was instituted in 1887 to celebrate Queen Victoria's Golden Jubilee, the 50th anniversary of her reign. It was awarded to those involved in the official celebrations, including members of the Royal Family, Royal Household and government officials, as well as Envoys, Foreign Ambassadors and Colonial Prime Ministers. Military recipients included selected officers, sailors and soldiers of the Royal Navy and Army, and the Indian and colonial contingents, that participated in jubilee activities, including the London parade and the Royal Naval Review at Spithead, where the commander of each ship received the medal in silver. It was awarded in gold (to members of the Royal Family), silver (to officers and those of similar status) and in bronze (to selected other ranks and those of similar status). When Queen Victoria celebrated her Diamond Jubilee in 1897, those holders of this medal who would otherwise have received the Diamond Jubilee Medal received a clasp to this medal inscribed 1897 instead (as shown here). Keywords: Date Added: 06-24-2007