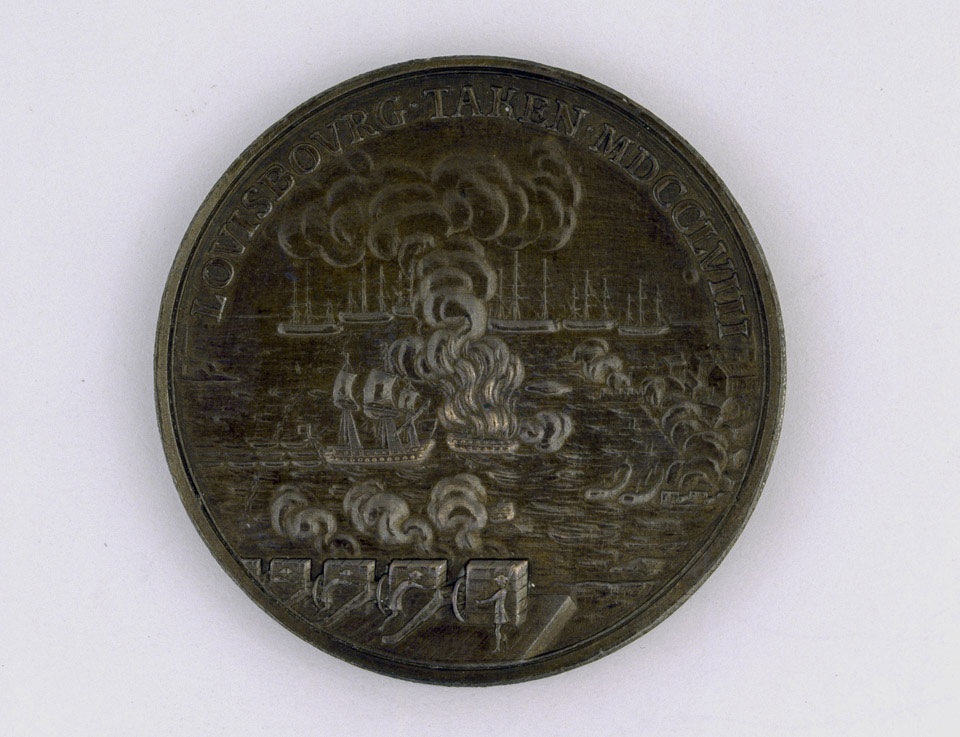 Click to Enlarge
Added by: megan Description: This medal was given to some of those who participated in the capture of the port of Louisbourg in what is now Canada in 1758, enabling the British to mount an attack on Quebec the following year. It was designed by Thomas Pingo. A half-blue, half-yellow ribbon is associated with the medal although it originally was issued as a non-wearable 'table' medal in gold, silver and bronze. Keywords: Date Added: 12-11-2016