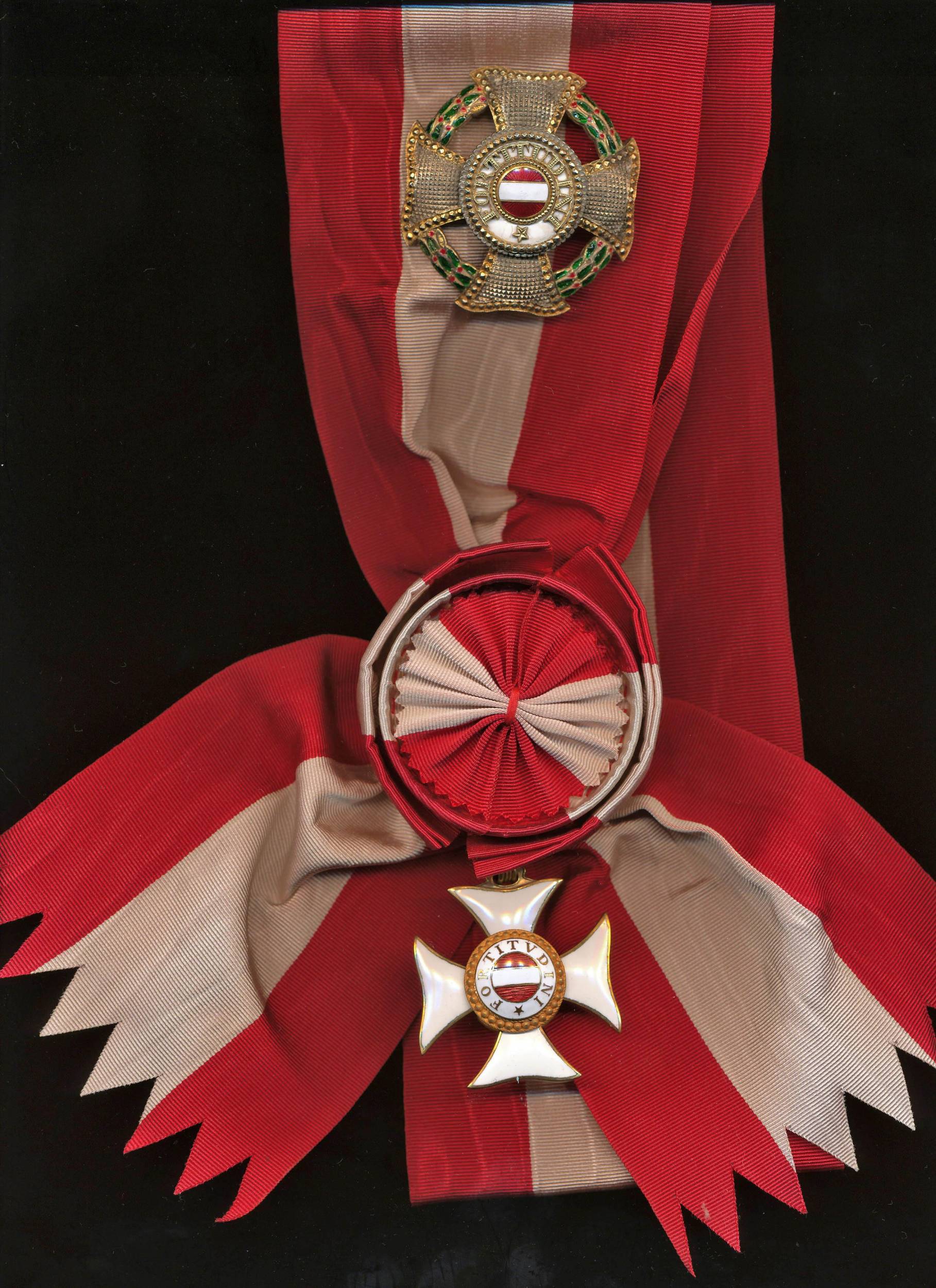 Click to Enlarge
Added by: gharris Description: The Military Order of Maria Theresa was instituted on 18 June 1757 to reward especially meritorious acts by commissioned officers, in particular bravery in the field. It originally had 2 classes (Grand Cross and Knight's Cross, but a Commander grade was added on 15 October 1765. This image is a Grand Cross sash and star, made by C.F. Rothe. Keywords: Date Added: 05-17-2012