One of the great resources available to collectors of Victorian campaign medals to the Navy rests in a quick, easy and cost effective way of obtaining a Service Record.

The Service Record provides a wealth of information :

Armed with a service record this: 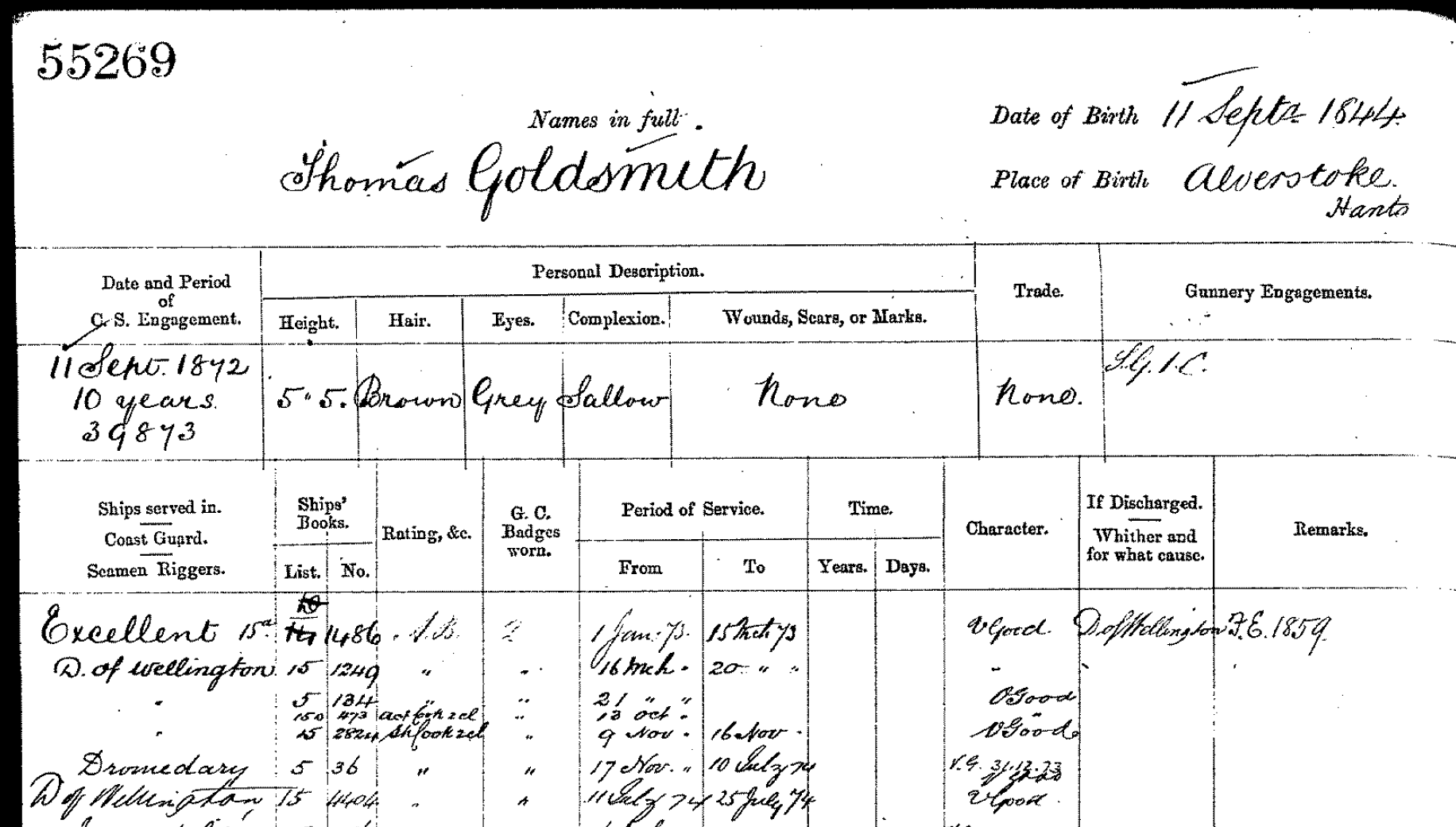 Although it costs only £3.45 to download a service record directly from the National Archives website, it is often a challenge to know which record to purchase when you are faced with a common name.

I have found the 1881 census to be a most useful tool in helping with this dilemma particularly if the medals in question include Egypt medals or Navy LSGCs of that era.

I don’t own the medals in the following illustration but wanted to use an example of a name that is not that common but not particularly unusual either. A few years ago, an English dealer had a pair of medals for sale consisting of an Egypt medal and a LSGC named to Edward Lewis. An interested buyer may want to review the Service Record before determining if this is a purchase worth making.

How do you determine which service record to download when you know that Edward Lewis was awarded an Egypt medal and the National Archive site has service records for numerous men which might fit the date of birth? In this particular example, the LSGC of course helps significantly because that will help rule out many of the younger men who may have earned an Egypt medal but would not have served long enough to earn the second medal.

Entries for men born in 1829, 1831, 1842, 1843, 1846, 1853, 1859, 1864, and 1865 are available to download from the National Archives website. Which one of them do you pick? Aren’t you glad there are only nine to choose from and it’s not William Smith that you are looking for? Certainly the rate on the medal may help you guess at an age but chances are high that you may have to download and pay for more than one before you get the one you want. This is where the census comes in as a helpful tool in narrowing down the options.

If you had the ability to search “Ancestry” and typed in his name and looked at the 1881 census with the keyword “vessels” you would find that there were 7 men called Edward Lewis serving on ships when the census was taken.

If you look at each of the entries you will see the ship he served on in April 1881, his rate as well as some other information like his age. If the name of the ship doesn’t help, then the rate or age might. By process of elimination, the census may have helped narrowed this down. 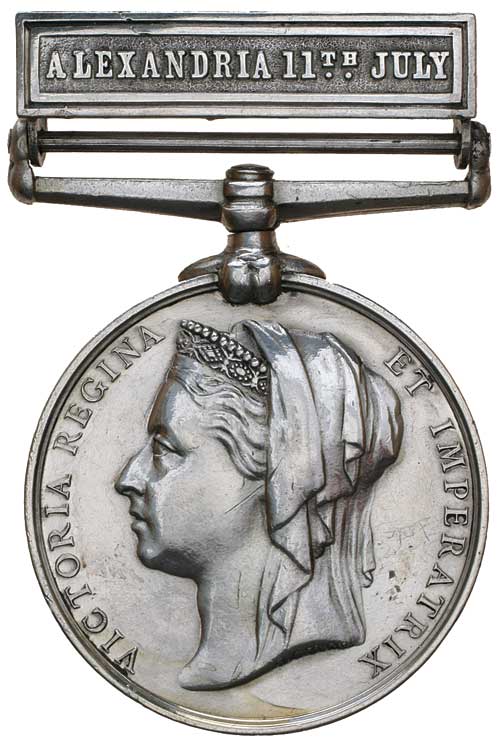 Putting Mr. Lewis aside for the time being, I found that chances of the ship being the same (unless I had a dated Egypt medal for 1882 service) was very unlikely and a consistent rating or a likely progression in rates would offer the most clues. For example, a painter on a ship in 1881 is likely the same painter on a different ship a few years later. An OS may be an AB a couple of years later; a medal to a boy is certainly going to help narrow down the options when you can estimate a year of birth.

During a cold winter some years back, I decided to compile a census of the Royal Navy in 1881 and save the data in a spreadsheet format for easy analysis and filtering. This project, which took a few months to complete, resulted in a list of more than 47,000 names of men aboard 200 ships. While I can’t guarantee it represented the entire Royal Navy in the spring of 1881, I felt that I had captured most of it.

Peter Lomdahl has converted this spreadsheet into an easy to use, interactive search tool that is available within the OMSA website here, or try it on this page with this pop-up window. Using the interactive tool, the results of a search by name will provide the following:

A view of the census entry in a commercial site like Ancestry, will supply the same information but each individual scanned entry will need to be opened and this may prove to be cumbersome. Using the interactive tool gives you the ability to see the information on all men with the same name and this will provide the viewer with an instant summary of potential candidates to draw from when determining which Service Record to purchase. The combination of his name together with place and year of birth should be sufficient in most instances to narrow down the search on the National Archives site to a single Service Record or a handful at most.