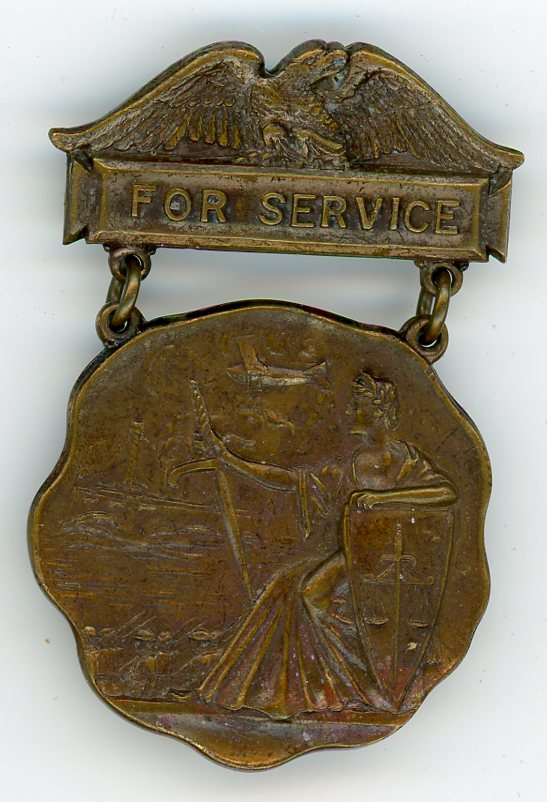 You might think that after 100 years, the medal collecting community would have noted and recorded the various World War I service medals issued by various towns.  However, there are always a few that get overlooked and this is one of those issues.

Penfield, New York, a suburb of Rochester, only had a population of 2,087 people in 1920, so its veterans wouldn’t even constitute an infantry company. The town still wished to recognize the service of its veterans, but probably did not wish to appropriate the money necessary to have a set of dies cut for a service medal. Bastian Brothers, a Rochester company known for its jewelry and medallic products, sold a generic medal for patriotic service. The town administrator’s bought this design and had Bastian Brothers impress the reverse with “Penfield, NY/August 23, 1919” (the date probably representing the date the medal was awarded to local veterans). The recipient’s name was also hand-engraved on the reverse of the top bar. In this case, the veteran is James H. Schlesig, who served with the 502nd Engineer Regiment in France.

So, even after a century, there are still discoveries to be made.