Most collectors are familiar with the so called:”Zimmermann hord” that surfaced during the 1990th. While moving debris in order to clean up the property of the former factory, medals and badges were found in the rubble of the grounds. Astonishingly, not only burned and melted badges and medals were found, but a mix of material in various stages from clumb to barely touched. It is also surprising to see badges and decorations commonly linked to other manufacturers than Zimmermann.

Besides assault badges and iron crosses a number of German Eagle Order badges were found. The known literature does not mention Zimmermann as a supplier of those elite decorations. Historically collectors knew about Godet in Berlin being the sole supplier, but recently also about it’s predecessor, Deschler in Munich.

Zimmermann however marketed its ability to manufacture orders and medals since approximately 1897. We know for fact that e.g. order decorations for the Royal House of Lippe, or those of the House of Baden, were made and directly purchased from Zimmermann. The later Lippe decorations (1910th) were not representing the highest quality workmanship of the firm, but probably did fit the stressed budget of the Lippe’s. Klenau1) wrote:” The craftsmanship of Zimmermann was not very artsy, but industrial oriented. They were able to write very competitive offers and drove aggressive marketing to various orders chancelleries.

Similarities between earlier Godet pieces and Zimmermann pieces within those Lippe house orders are evident. It looks like Godet already then had purchased those decorations from Zimmermann and finished them for resale and may have continued doing that during the III.Reich.

Reckewell and Fischer wrote in his booklet on Orders and medals of Braunschweig2), that the court jeweler Siebrecht was accused of employing unfair practices in business and lost its supply contract with Braunschweig’s orders chancellery by immediate termination on April 10, 1912,  to Hermann Jürgens, despite the fact that Zimmermann had been making the decorations all along. Savings ranging from 47 to 113% were realized.

Economics rule then and today. Companies are specialized in what they do and what the outsource to compliment their business. Sales with their relationships create the business and sometimes create obscure value chains between supplier and customer. It is not uncommon that a company known or branded for certain goods may not even make or manufactures them whole or in part.

Especially during the III.Reich time, companies specialized and supplied to higher tier manufacturers, just like the automotive industry today. E.g. manufacturers of needles and hooks supplied the Junker’s, Asmann’s and Schneider’s of the badge and medal world with their systems.

The latest monograph on the Grand Cross of the Iron Cross by Dietrich Maerz points out the fact that the Deutsche Goldschmiedekunst Werkstätten, even though tasked to craft a Onyx based and Platinum framed pair of Grand Crosses by Hermann Goering himself, outsourced not only the core, but also the frame to specialized suppliers in order to just assemble the parts.3) Just another example of collaboration.

Godet however seemed to have minimized their involvement of manufacturing to that of just branding. They sourced the actual decoration and only marked them with their makers and silver content mark (21 900 for deliveries to the orders chancellery and L/50 900 for those offered on the replacement market). 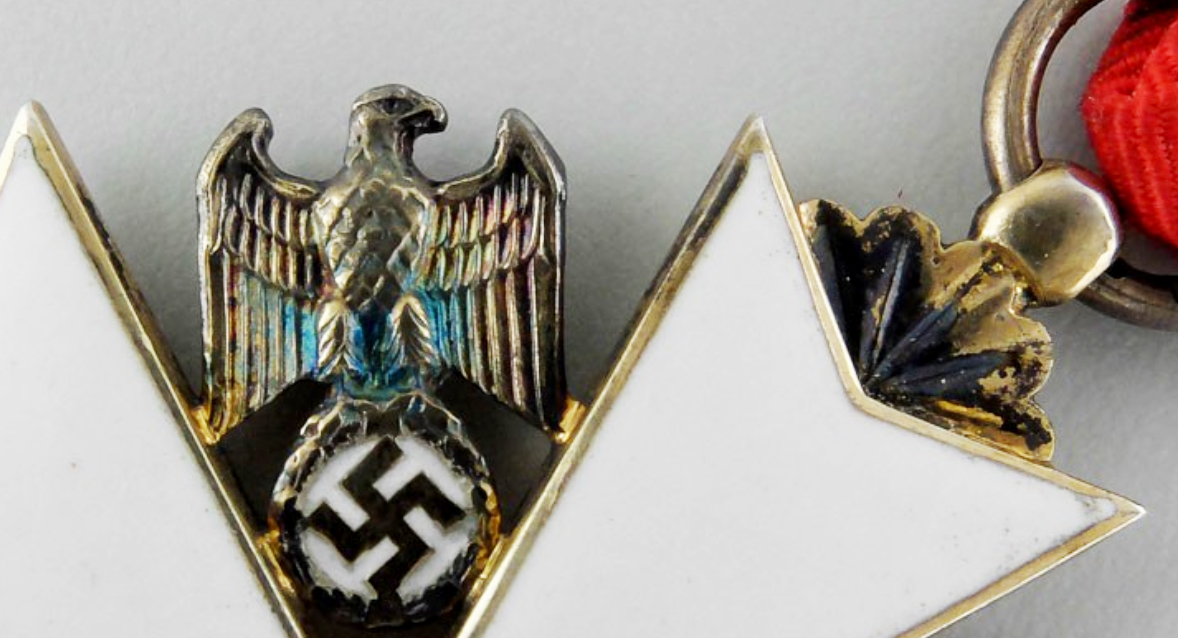 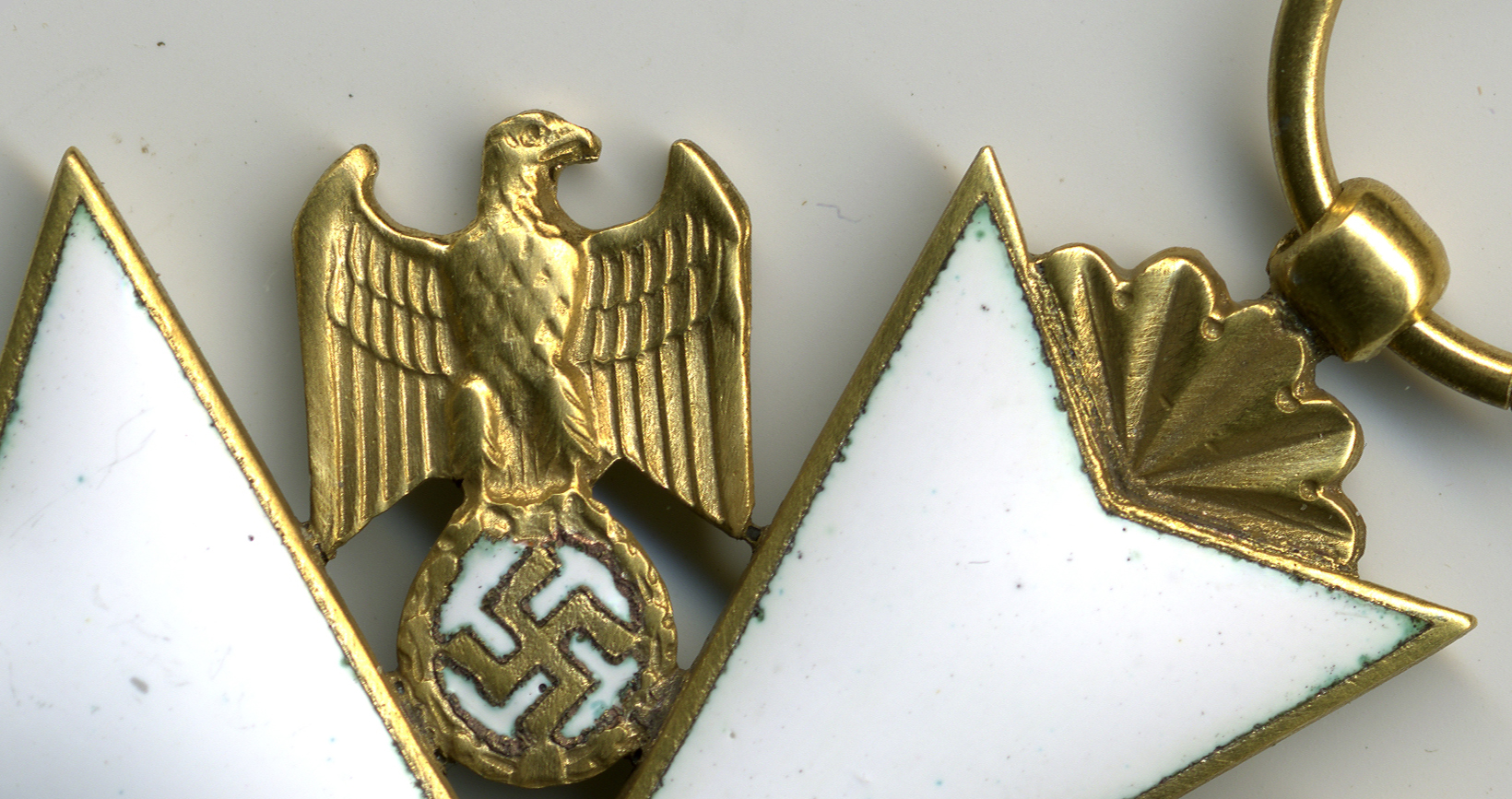 Comparing an awarded and marked badge of the 3rd grade with one of those found within the “hord” shows clearly the similarities between those badges and confirms C.F. Zimmermann as the contract manufacturer of Godet.

The loss of the war may have saved Godet from a similar or worse fate than Siebrecht 33 years earlier. 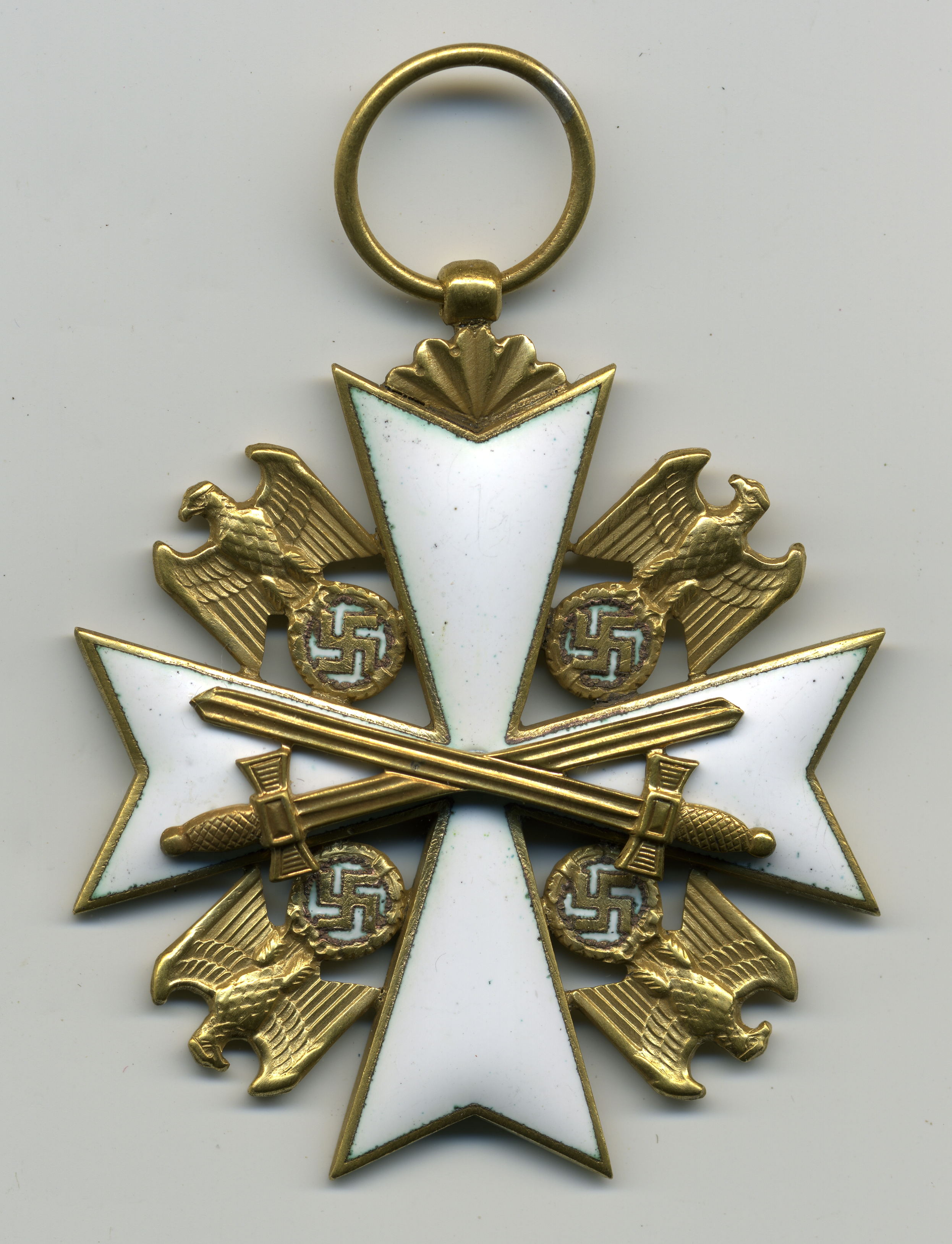 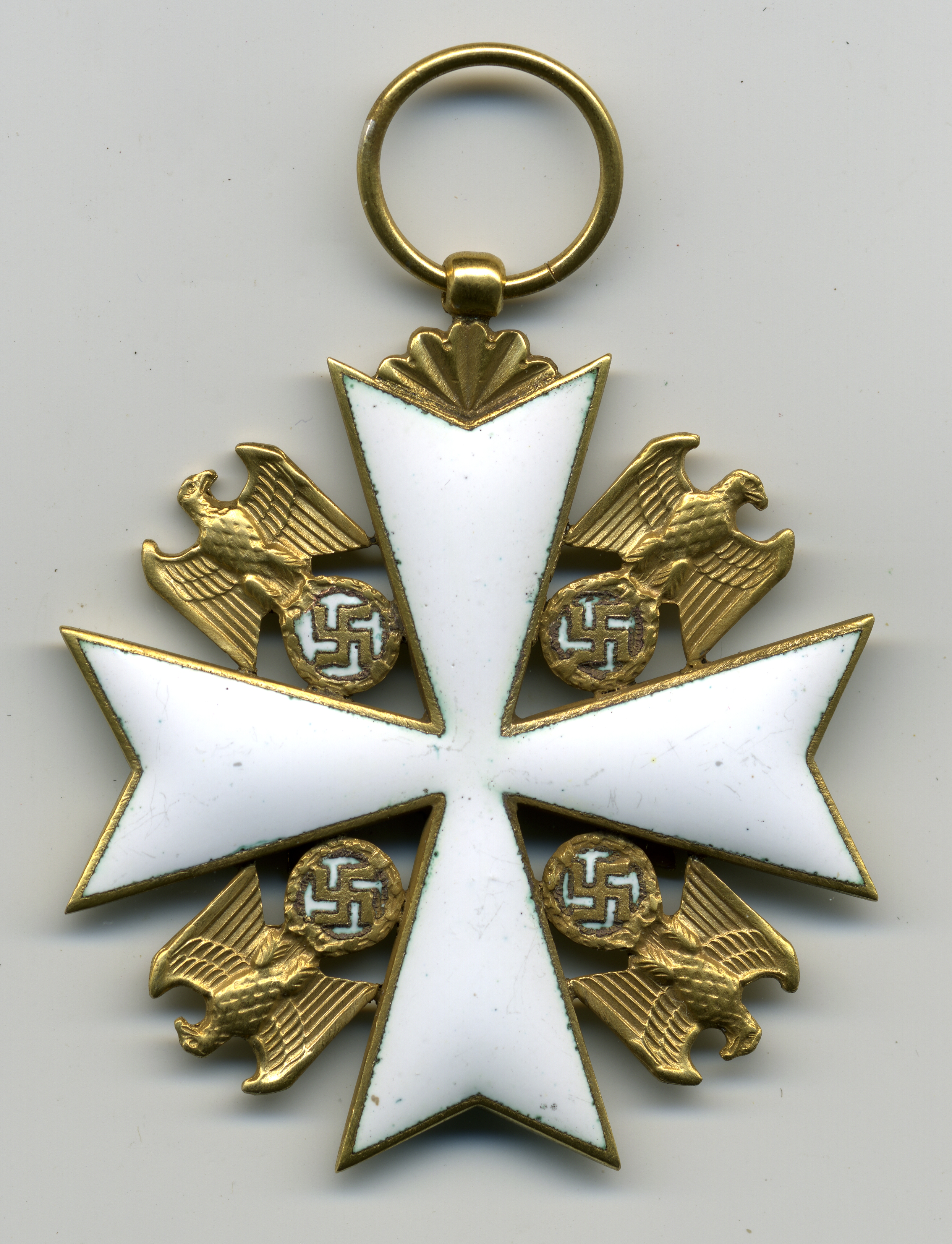