Troops besieged at Kimberley, delivering bread to the relief forces

During the Anglo-Boer War (1899-1902) four towns were besieged; Kimberley, Ladysmith, Mafeking and Wepener. Clasps for the defence and relief of the first three towns were issued for the QSA medal and the Wepener clasp was issued to those who defended the town during the 16 day siege in April 1900.

Mafeking was arguably the most famous of the sieges and medals to those who defended and relieved that town are usually the most sought after by collectors but the subject of this blog is Kimberley. In the case of Kimberley and Mafeking, the majority of medals were awarded to local town guards and other local troops and these are most often seen as single clasp QSA medals.

In total, approximately 5,600 Queen South Africa medals were issued with the “Defence of Kimberley” clasp.

Although each of the sieges were strategic and important in their own right, what made Kimberley so important was the presence of Cecil Rhodes and the political pressure he applied to relieve the town impacted the general tactics employed by the British and Colonial forces during the first few months of 1900.

Kimberley was the first town to be relieved and while the town had been subject to some hardship and daily rationing over the 120-day siege, the general sense is that it could have held out for at least another month.

Some examples of ration tickets and an advert for animals are highlighted below: 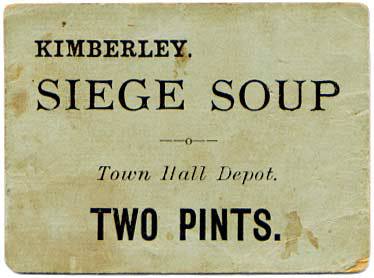 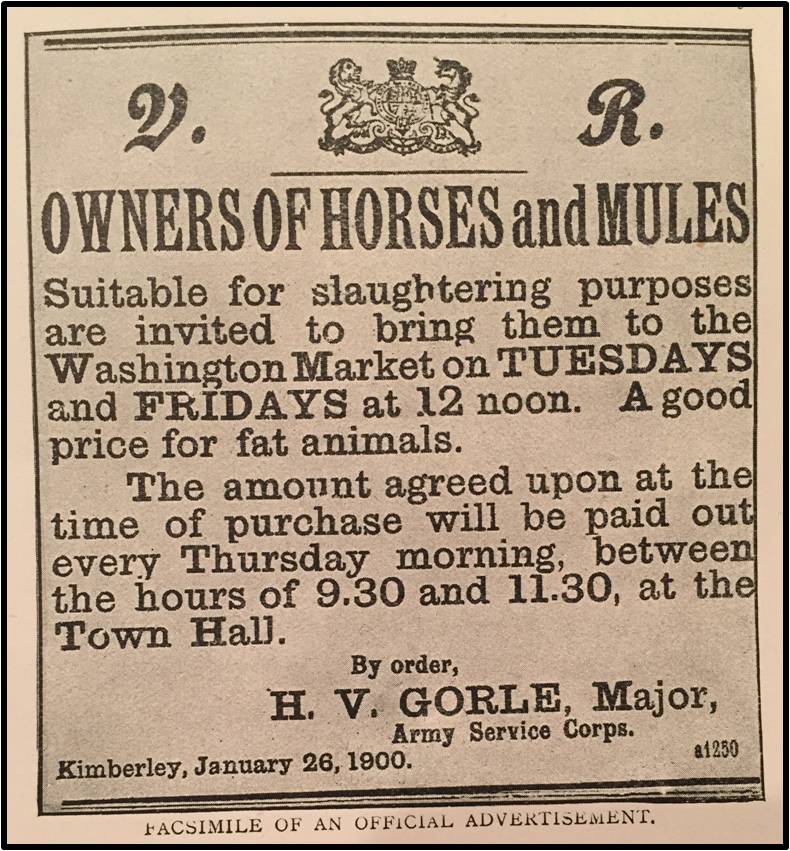 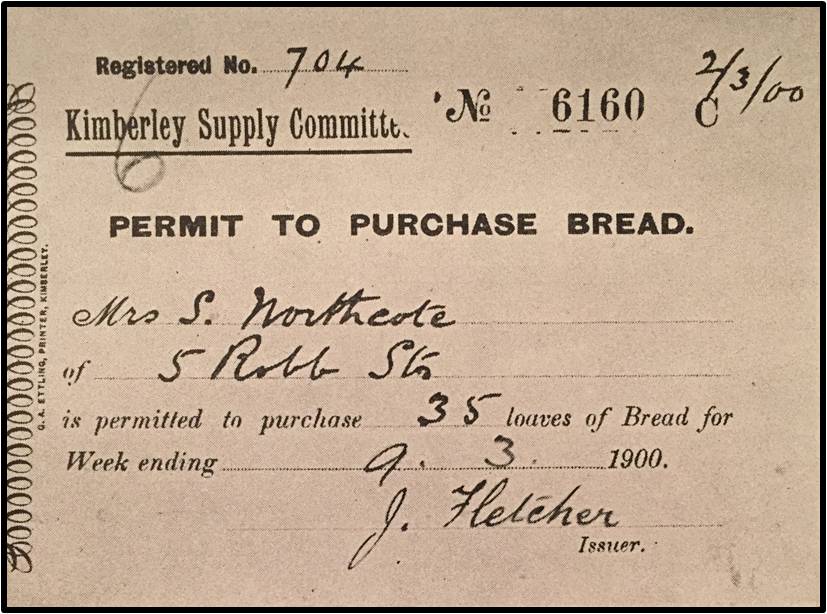 Life in Kimberley returned to normal very quickly after the relief force arrived. The irony in this brief story is that the recently relieved town was called upon to help feed part of the general relieving force.

When the town was relieved on February 15, 1900, much of the relief force was still engaged with the Boers nearby and the battles surrounding Paardeberg lasted from February 17-28. During the operations at Paardeberg on the banks of the Modder River about 25 miles southeast of Kimberley, the British ran very low on supplies so Lord Kitchener’s Head Quarters requested urgent supplies of bread from the town. Bread was cooked in the De Beers ovens and sent in a convoy to Paardeberg with an escort of Mounted Troops. 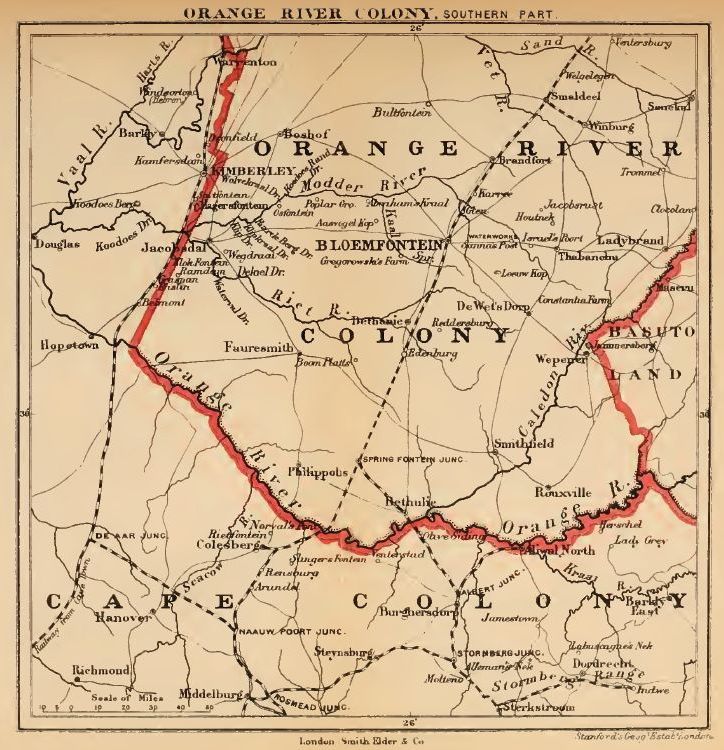 The contingent consisted of a convoy of 151 men, primarily local South African Mounted Troops but amongst those were a group of 22 men who formed the Mounted Infantry section of the Loyal North Lancashire Regiment.

The picture below shows the group of medals earned by Christopher Fisher of the LNLR and includes the Defence of Kimberley and Paardeberg clasps. Those convoy members even though they were at Paardeberg for a very short time during the qualifying period, in some cases only one day, earned the clasp resulting in a rather unusual combination of clasps on the Queen’s South Africa medal. 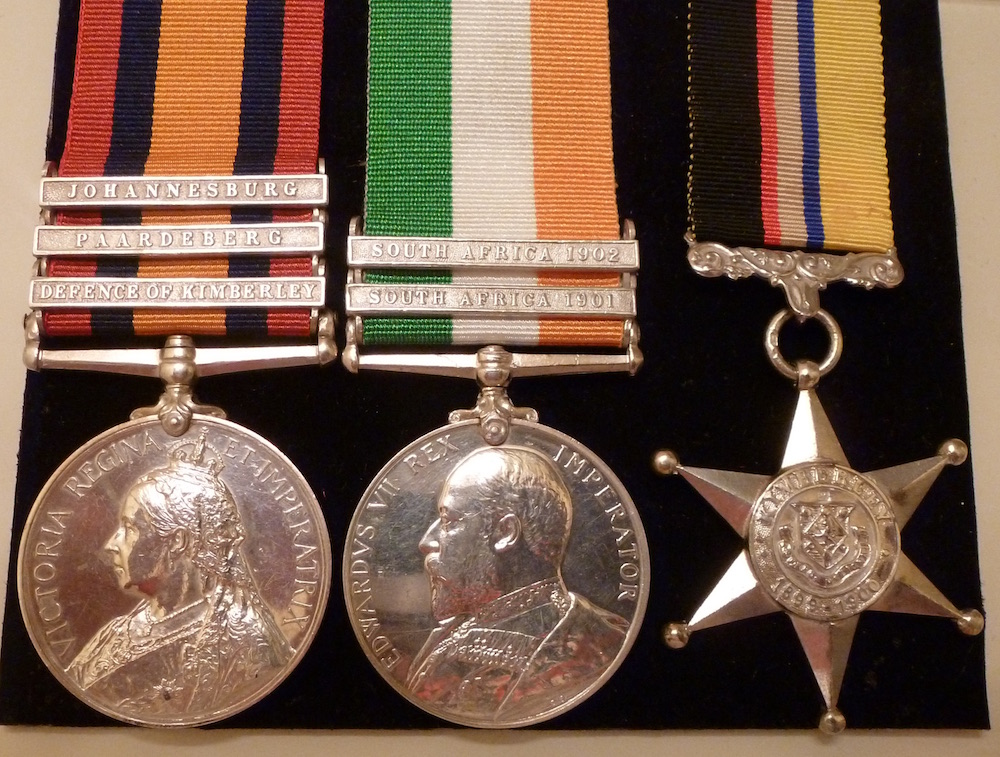 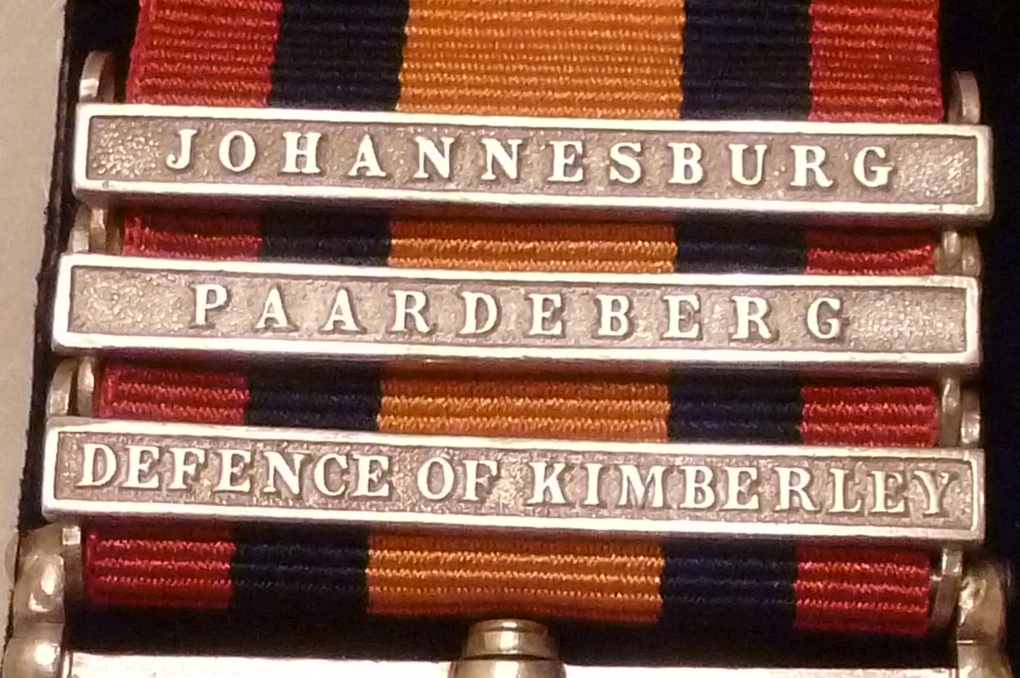