On May 18, 1842, King Friedrich Wilhelm IV ordered a silver medal to be manufactured that he would hand out during his visit to the silver wedding jubilee festivities of Czar Nikolaus I in St. Petersburg on June 13, 1842. He called it the Army medal. The crowned silver medal showed the cross of the Red Eagle Order on the avers and his cypher FW IV on the reverse. He gifted 128 medals to the members of the Grenadier Company of the Czar’s Chateau, standing honor guard to him. He gave the same medal on March 18, 1863, to representatives of the Russian Army attending the celebration of the laying the foundation stone for a monument dedicated to King Friedrich Wilhelm III. 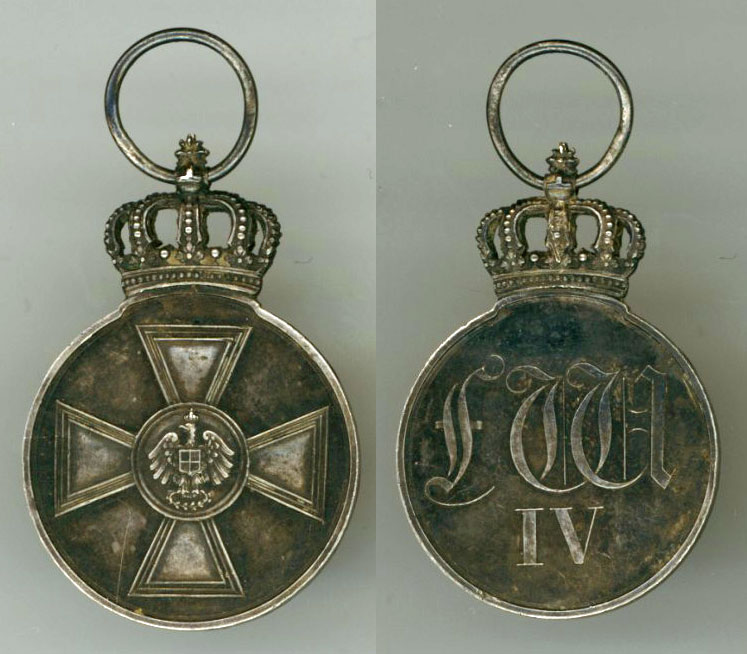 The design of this medal was changed on March 10, 1871, to show the W for Wilhelm on the reverse of the medal, and initially 400 were ordered from the state mint. Berlin jeweler Sy & Wagner manufactured the crowns and assembled the finished medals. The first awards were given to the members of the so-called Stabswache des Großen Hauptquartiers. This time the medals was suspended from the ribbon of the House Order of Hohenzollern instead of the statutory white ribbon with orange stripes

On February 25, 1873, it was ordered by Kaiser Wilhelm I that the medal should be awarded on the statutory ribbon only to military ranks of staff sergeant and lower who did not directly take part in a war. The medal was also intended for the household staff of the Emperor.

After an order on December 1, 1888, the medal could now be given only to those previously awarded the War Merit Medal on the white-orange ribbon, and those in receipt of the Crown Order medal. After 1893 awards to the local civil staff in the German colonies were allowed as well.

The medal design was suddenly changed to the same color as the Crown Order Medal on order of Kaiser Wilhelm II on April 24, 1908. 137 medals were instantly gilded. 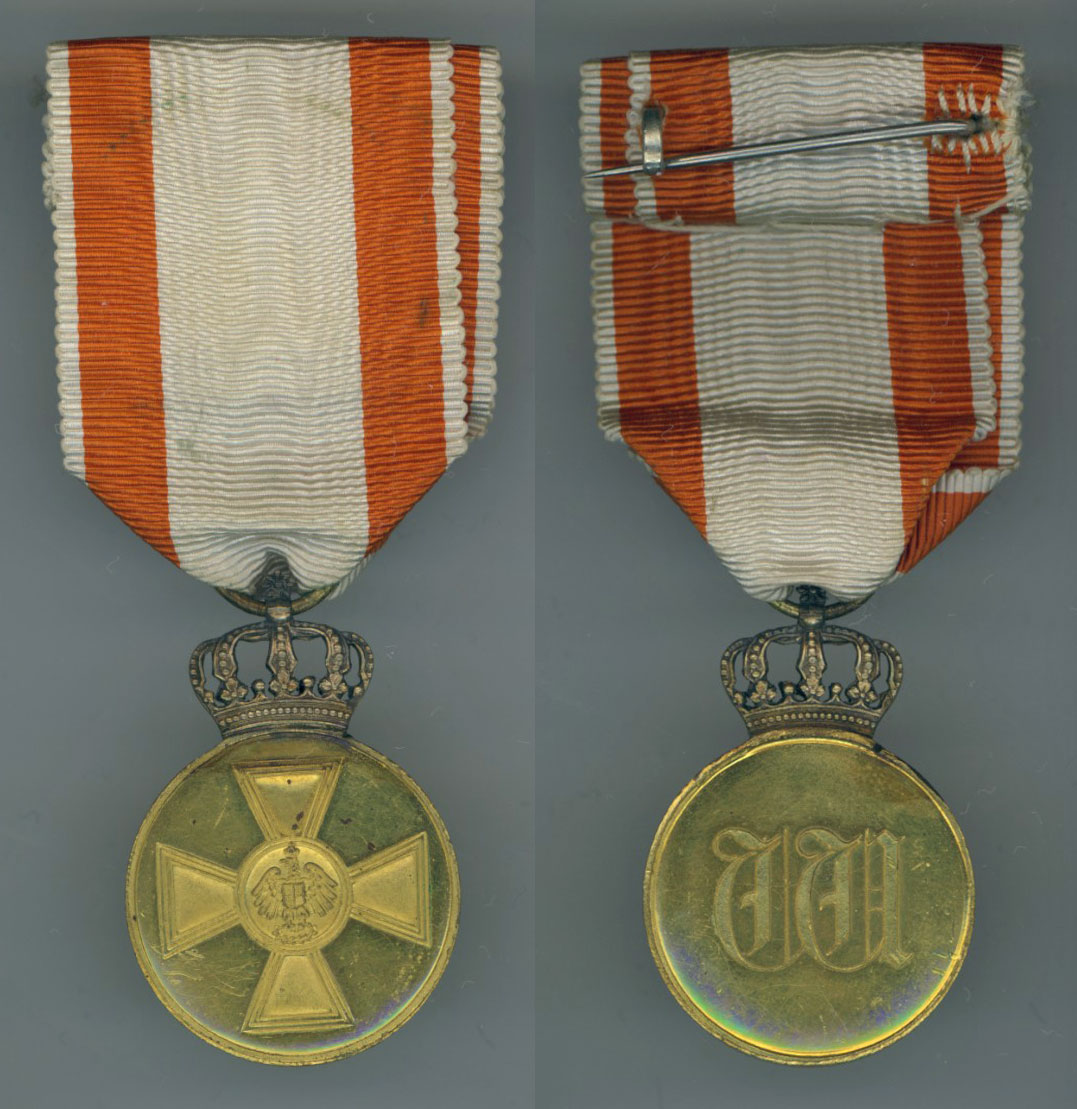 Since September 1916 replacement materials had to be used so that the Red Eagle Order Medal was made from gilt zinc. 1000 were coined as a one-piece strike and finished by cutting out the spaces between the crown yokes. Examples without this finish were awarded in 1918. 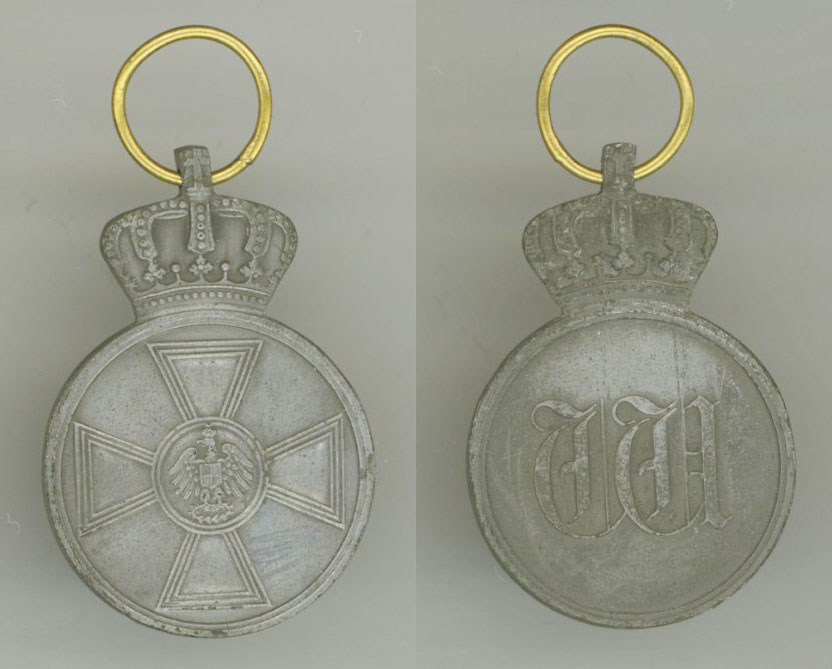 The following images shows the last type of the medal in wear on a medal bar. While the late war medal surfaces soccasionally, this is to my knowledge the first one that can be attributed. I am wondering if other members may have further examples of the last type medal in wear. 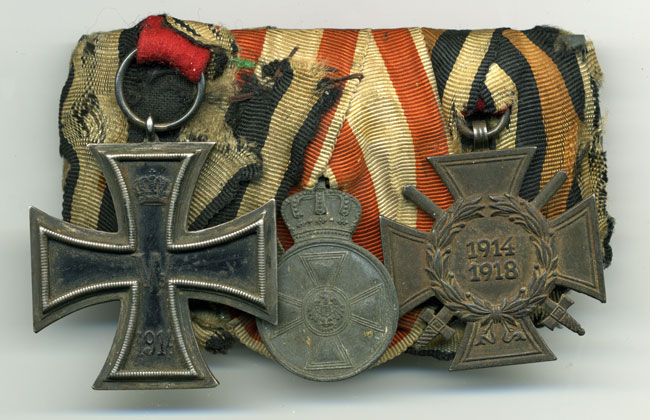 Fig 4: Medal 5th Type made from zinc in wear