Design: A round medal with an attached suspension eye at the top 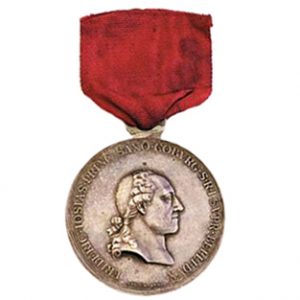 A bust of Prince Friedrich Josaias facing the viewers right and wearing a laurel wreath in his hair. Around the bust is the inscription: FRIDERIC.JOSAIAS.PRINC.SAXO.COB.S.R.I SUPR. BELLI. DUX. Below the bust is the medalist’s name: BALDENBACH (Baldenbach, Peter, Brussels, Circa 1762 – 1799) 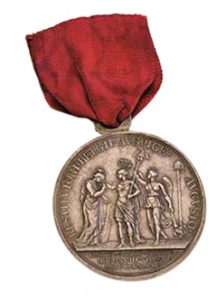 Type of Material:  Silver and gold

I hope you enjoyed this discussion. Next time I will describe the Red Cross Decoration, second class