The “Kampfwagenabzeichen” – How many are there?

The Tank Badge was instituted by the Minister of Defence Otto Gessler on 13 Jul 1921 and laid down in the Heeres-Verordnungsblatt Nr. 41 of 15 July 1921. It was to be issued to veterans of World War I who qualified by being a crewman (commander, driver, gunner, loader, mechanic, signaller or messenger) of a tank; either an A7V or a Beutepanzer (captured tank), and either participated in three armored assaults or being wounded during an armored assault.

Potential recipients had to apply to the Inspectorate of Motorized Troops to receive a certificate; the actual badge had to be obtained privately. The statement is made in several publications that the badge was officially certified in only 99 cases.

Considering the fact that the Germans underestimated the use of tanks and asked for an answer to combat the steel avalanche released from the French and British, the request to engineer a tank was only drafted in November of 1916. Just 20 tanks were built and used in conjunction with an estimated 75 captured tanks. This would equal about 900 to 1200 men that were part of the tank crews. The A7V had a crew of 18 men, the British MARK IV 12. 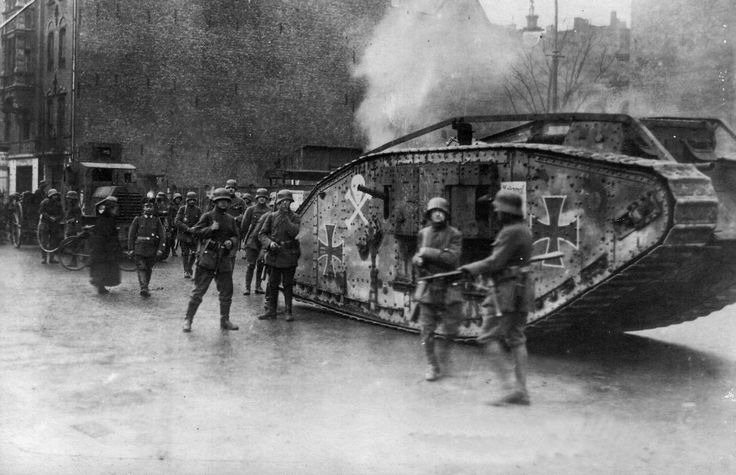 Figure 1: A captured British MARK IV tank by the German Army in 1919

Looking into the aftermath of the 1st World War with the startling inflation, it is highly questionable that too many men were financially able or even interested in buying a badge that they had no reason to wear. Since the Weimar Constitution from August 11, 1919 stated that the State is not allowed to award orders and medals, it becomes even more unlikely. In my opinion the beginning of the III.Reich triggered most of these purchases. Does this mean that nobody bought badges right after WWI? No, certainly not, but I would assume that based on the procedure put in place of authorizing the purchase of the badges on an individual basis, variations do exist.

This does make it difficult for today’s collector to determine which ones are considered to be originals. One could assume that badges were made since the statue was released on July 13, 1921. Manufacturing medals was a business like anything else and anybody in the business of orders, decorations and badges probably started to make them or sourced them from a specialized manufacturer. 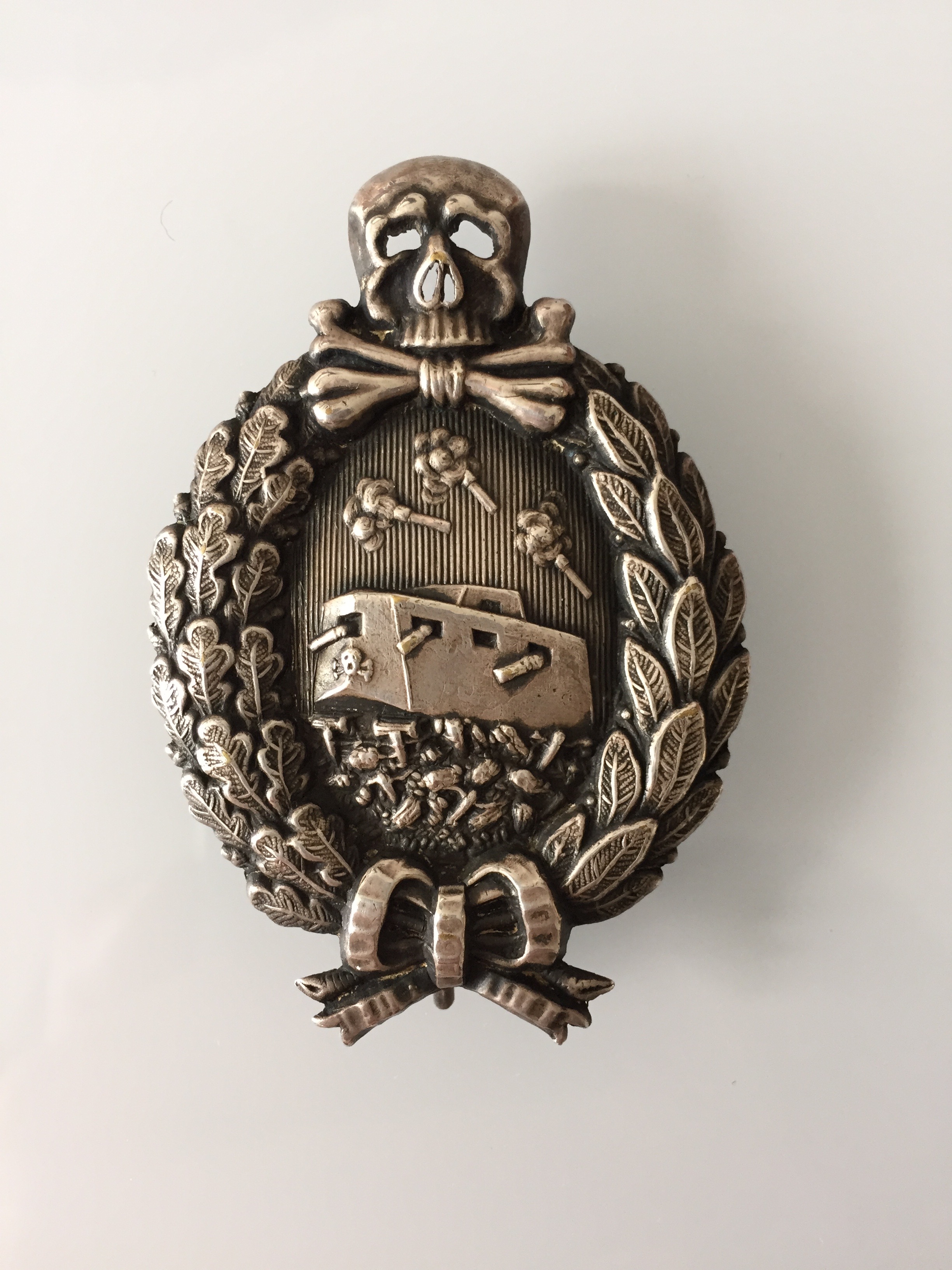 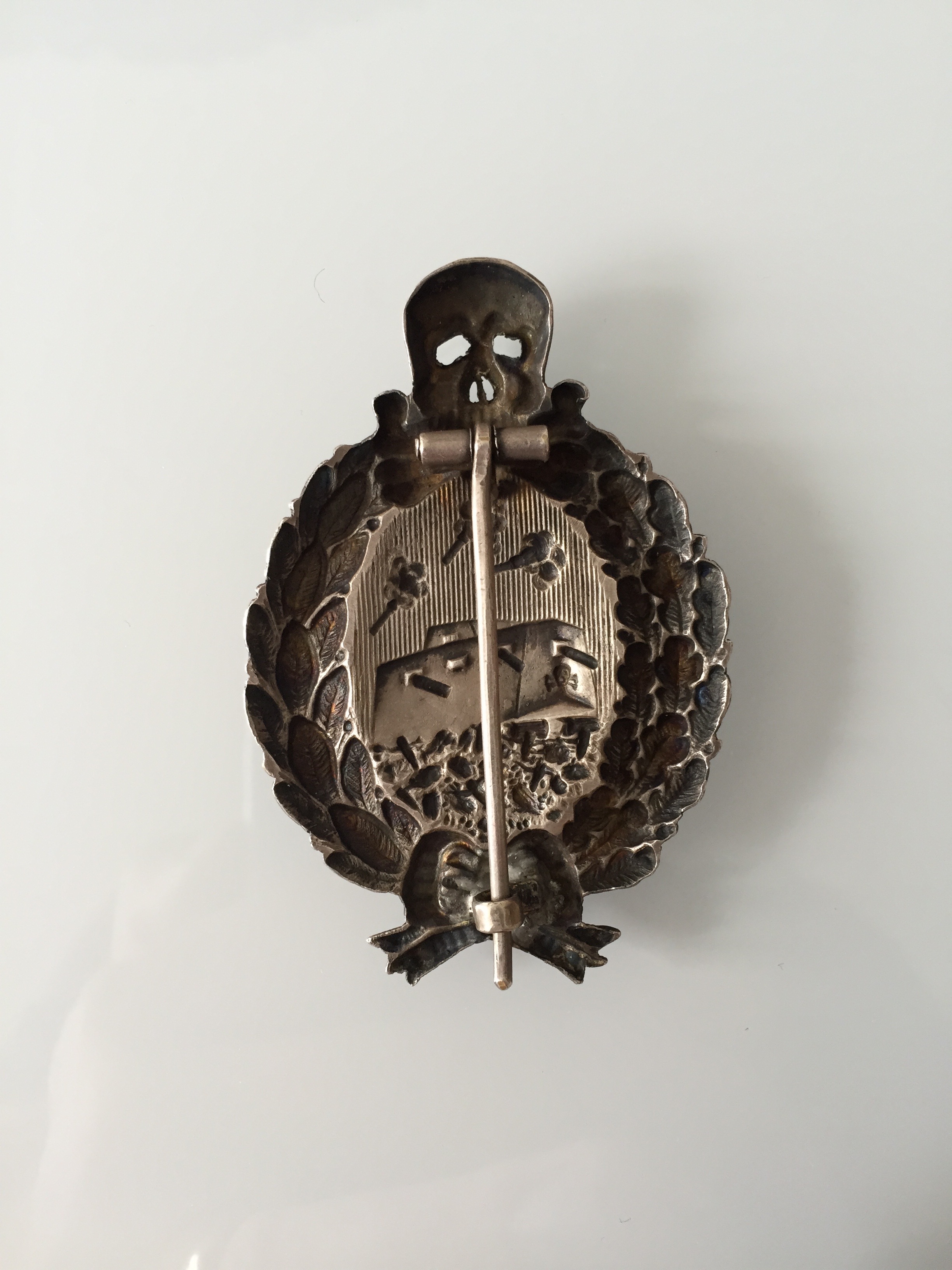 Above is an example of a “Erinnerungsabzeichen für ehemalige Besatzungen deutscher Kampfwagen”. It is a hollow stamped bronze silvered version in very fine detail.

The question remains however how many badges were truly awarded, considering that the spread between 99 awards and at least 1500 crewmen is quite big. I would assume that many applied after 1934 to wear it proudly.

I like to welcome comments and information on this question.