The Kabul to Kandahar Star

Afghanistan was a trouble spot for Britain, especially during the Victorian era. Fears of Russian expansion into Afghanistan led to both the First and Second Afghan Wars. Both wars had an initially successful British occupation of Afghanistan and both wars also had later uprisings against the British forces. While the First Afghan War resulted in the humiliation of a British force, the Second War had a much different outcome.

After the initially successful invasion in 1878, a British military mission was established in Kabul and the majority of the army withdrew back to India. By the end of 1878, an uprising in Kabul led to the deaths of the British representative, Sir Louis Cavagnari, his guards and staff. Major General Frederick Roberts then led a force of British, but mostly Indian, troops back to Kabul to restore British control. The situation remained chaotic and the Afghan governor of Herat, Ayub Khan, raised an Afghan force which defeated the British at the Battle of Maiwand. Roberts then moved his force from Kabul to Kandahar where he decisively defeated Ayub Khan. To commemorate this later action, the Kabul to Kandahar Star was created. 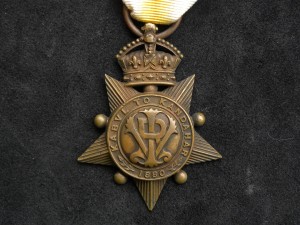 The Kabul to Kandahar Star

Two very different medals were issued for the Second Afghan War. All units received the Afghanistan Medal 1878-80 although not all received a clasp to that medal.   In contrast, only a relative few units received the Kabul to Kandahar Star. What is interesting to the collector is that while the Afghanistan medal follows the usual conventions in the manufacturing and naming, the Kabul to Kandahar Star is very different. 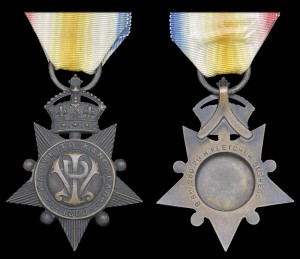 While the Afghanistan Medal was manufactured by the Royal Mint in silver with a straight swiveled suspension, the Kabul to Kandahar Star was manufactured by Henry Jenkins & Sons of Birmingham. Henry Jenkins & Sons would also later manufacture the Khedive’s Star issued with the Royal Mint’s Egypt Medal. The Kabul to Kandahar Star was also manufactured in bronze taken from the guns captured from the army of Ayub Khan. As you will notice from the photographs, the Star has a unique shape and construction. The medal was issued in two naming styles: impressed to the British Army and engraved to the Indian Amy. 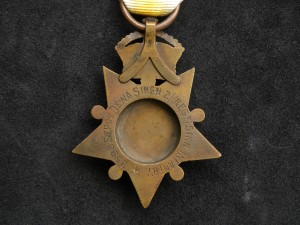 Engraved naming example to the Indian Army. This is to Sepoy Dewa Singh 2/(Regt) Sikh Infantry.