The House Order of Hohenzollern during the Exile of Wilhlem II.

The constitution was amended to the extent that those orders and medals awarded during the war from 1914 to 1919 are exempt from above mentioned law. This was done based on the desire of many war veterans to show their accomplishments during the Great War.

A discussion on whether or not those laws needed to be exercised to the fullest extend already flared up on May 31, 1922, and was never completely resolved. The Reich’s Chancellor acknowledged on April 14, 1928, that it was customary to accept orders and medals, but to not wear them. A practice to be kept for the future.

It seems that Wilhelm II.’s practice to award his house orders coincided with above-mentioned year 1922 with the award of a grand commander to Wilhelm II’s host Earl Godard of Aldenburg-Bentinck, the owner of Chateau Amerongen, on November 6, 1922. Wilhelm started to regularly award his house order only in 1924.

The new law about orders and medals from May 15, 1934, put an end to this. Decorations awarded until August 10, 1919, were grandfathered in. Awards of decorations after that date were invalid and wearing as well as newly awarding orders and medals was punishable by law with sentences from fines to imprisonment.

Wilhelm II. stopped further awards despite his statement that he would continue and not care if they would imprison him or not.

The following table shows the actually awarded grades and their number that could be linked to actual recipients. Due to a loss of documents it will be impossible to close the gap between the 151 named awards to the officially recorded tally of 349 total awards.

Manufacturer was J. Godet & Sohn in Berlin. Figure 1 & 2 show an example of an unmarked Knight Cross of the House Order: 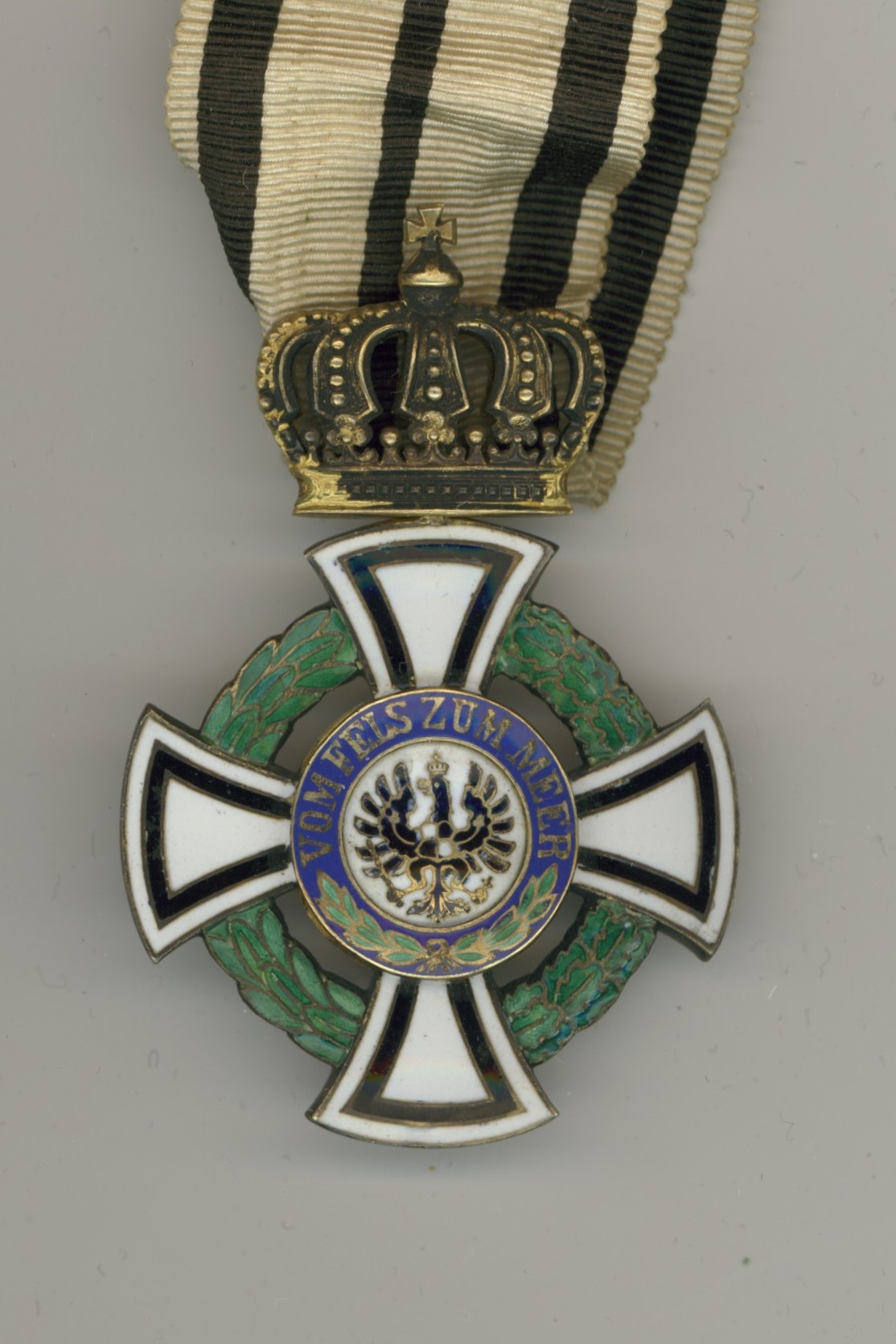 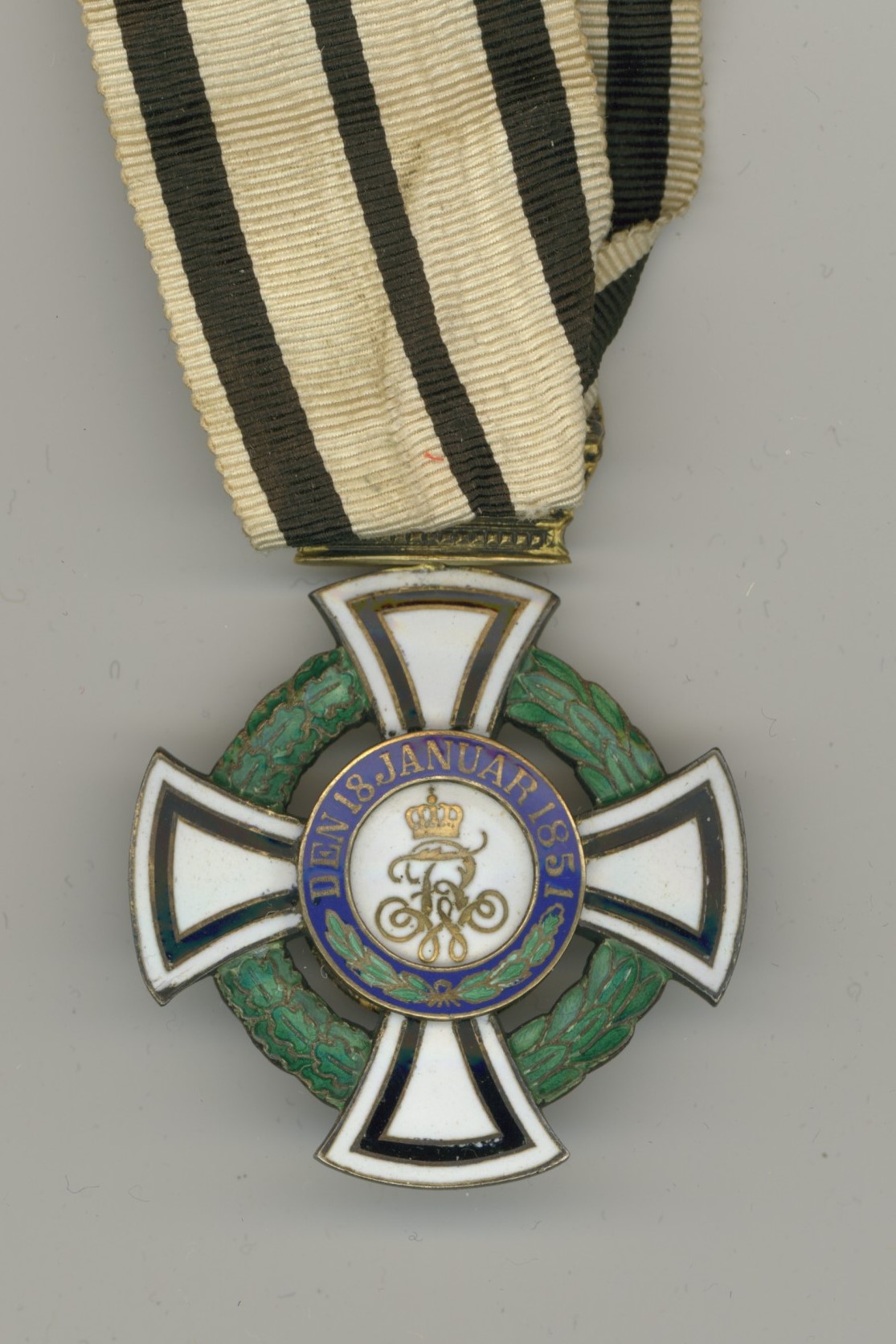 One of the recipients not listed in the above shown table is Arthur Berg. His estate contained of a medal bar featuring an Eagle of the Knight (Adler der Ritter) as well as a cased Cross of the Owners (Inhaberkreuz). The later was as issued in a red case with Godet imprint. The cross itself was unmarked. 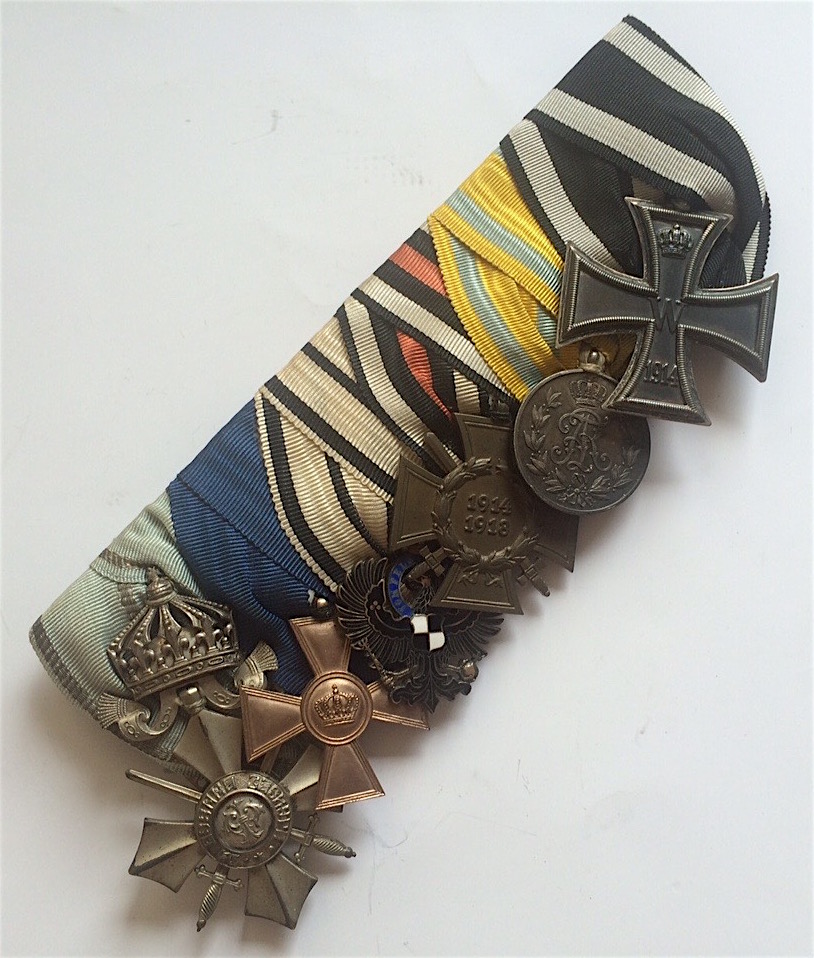 Arthur Berg was the private secretary of the Crown Prince Wilhelm of Preussen from 1889 to 1947. His medal bar with grey backing and manufacturer’s logo from Godet also featured a Prussian Iron Cross 1914 on the combatant ribbon, the Saxon Friedrich-August medal for bravery in silver, a Hindenburg Cross, the actual silver gilt Eagle of the Knight, the Prussian long service cross 1st Class for 15 years of service and a Bulgarian Military Merit Cross 4th Class with Crown. 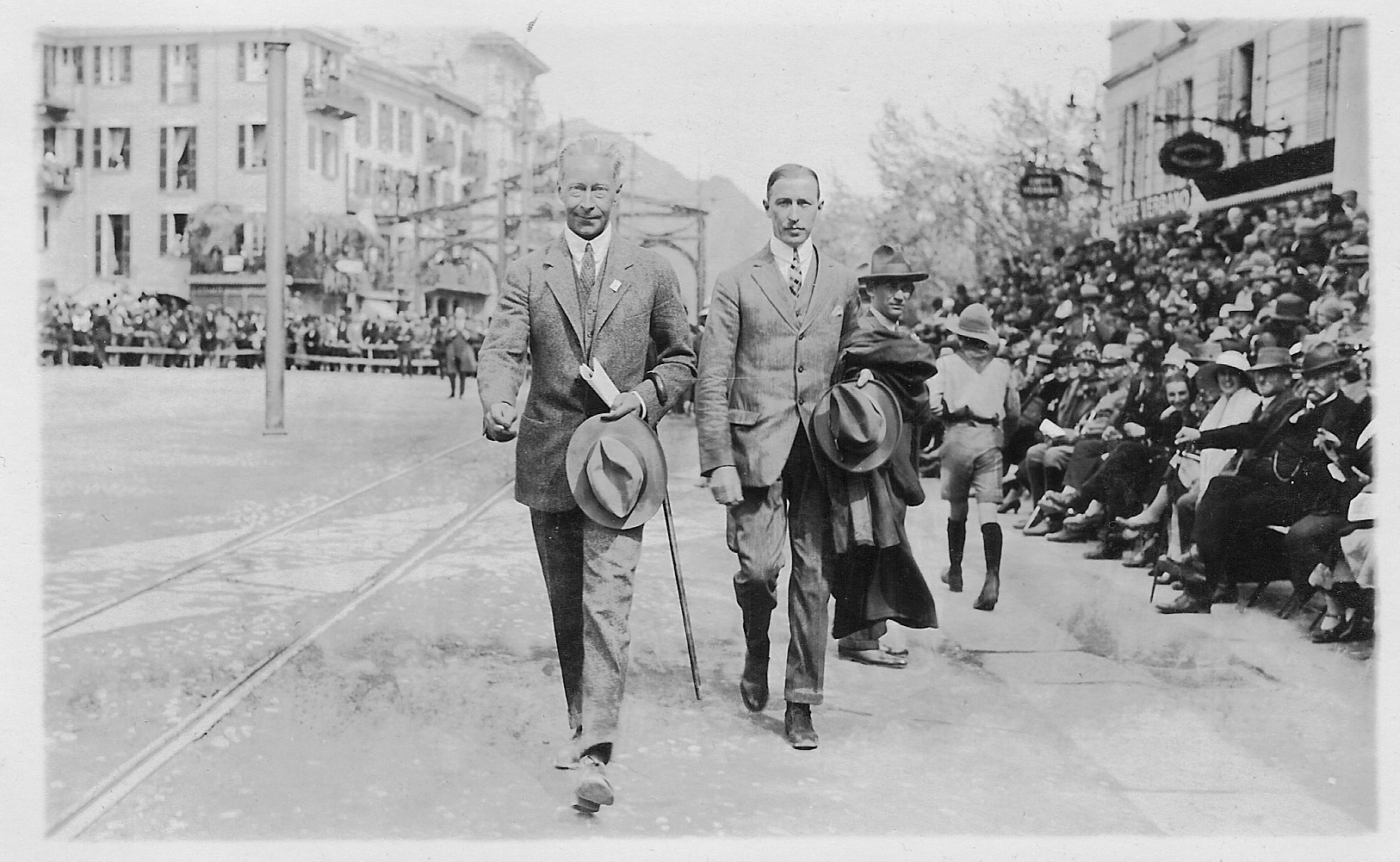 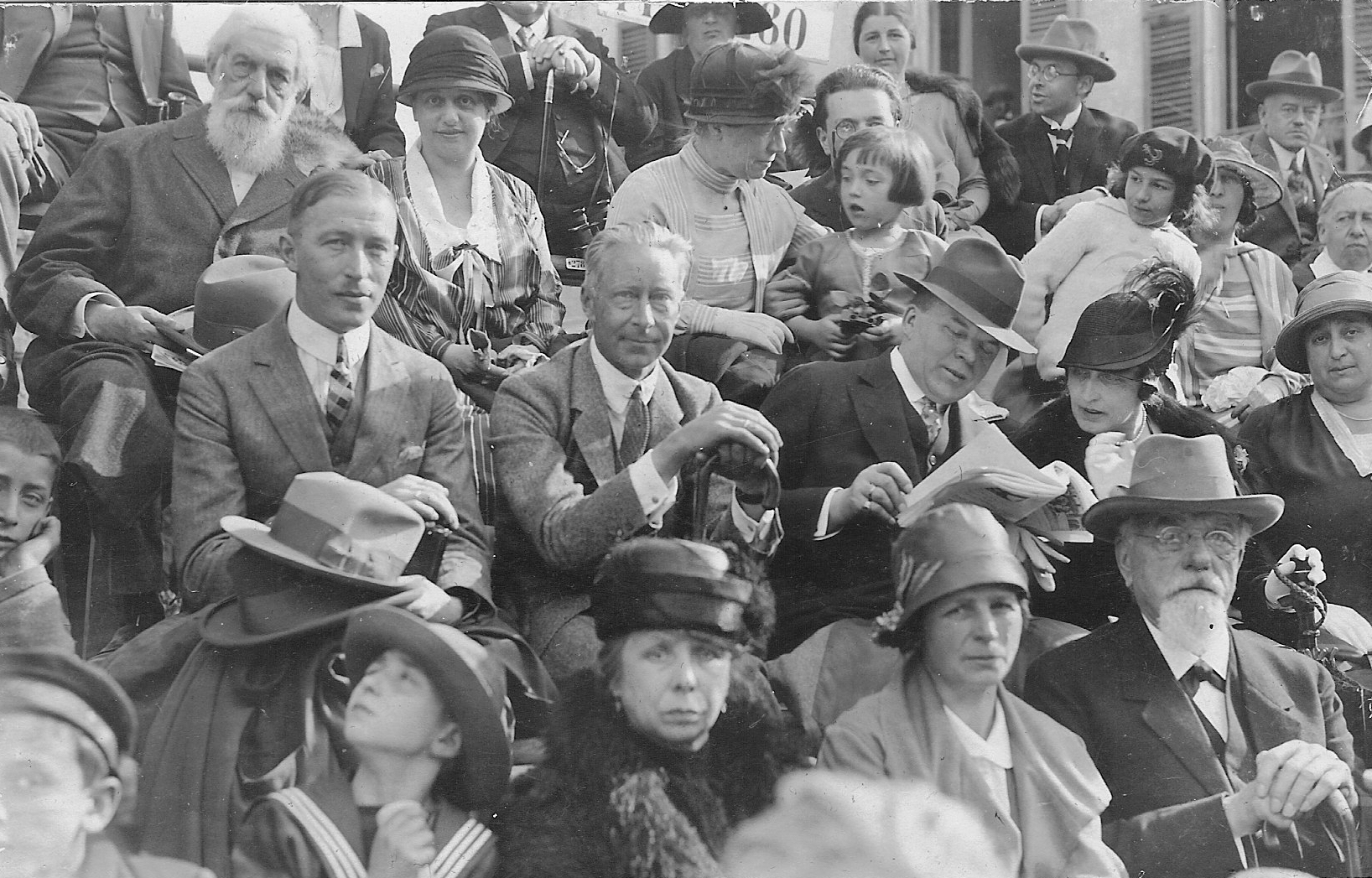 Figure 5 – The Prussian Crown Prince Wilhelm and his private Secretary Arthur Berg in Lugano for the 4. festival of the Camellias in 1926

Following the Cross of the Owners (Inhaberkreuz) of the House Order of Hohenzollern as found within the Berg estate in its red brown Godet marked case. The piece does not show content or manufacturers markings. 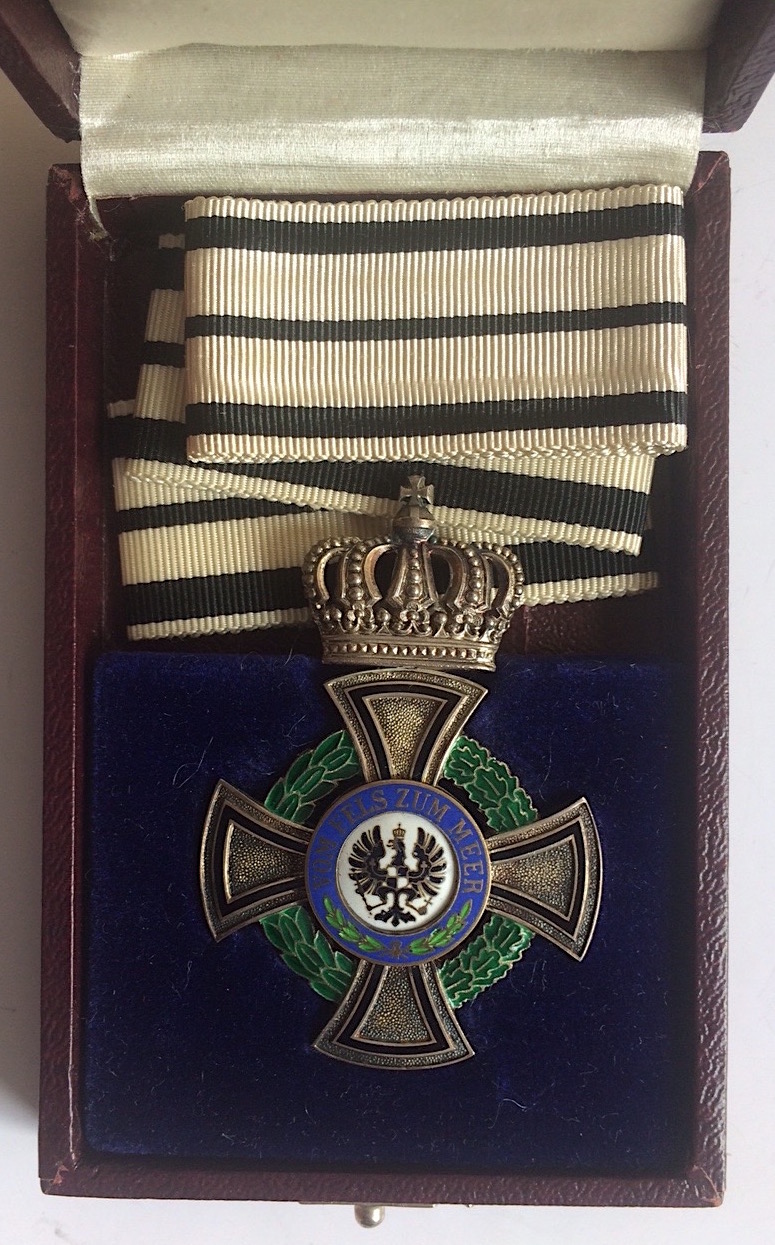 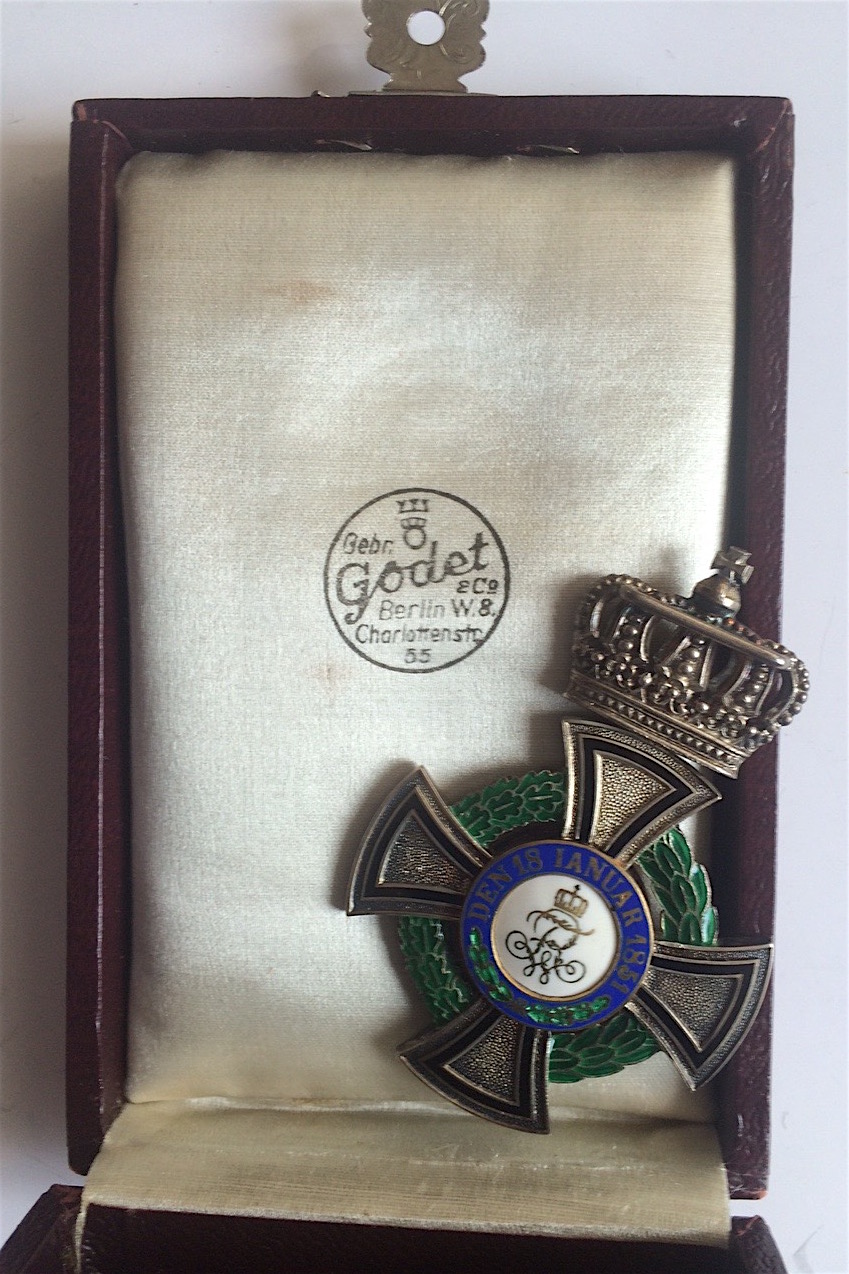 Unfortunately we don’t know the sequence in which the two were awarded or the exact dates. Does anybody know more?