Representatives of the Allies at the Paris Council in March 1919 approved the issuance by each member nation of a medal to commemorate the victory over the Central Powers.  The medal was to be in bronze with a mount and color similar to the French War Medal of 1870.  Each nation’s medal was to have a figure of Victory on the obverse. The British version of the medal was authorized by Army Order 301 of 1919 and issuance of the medal began in May 1920.  The medal was originally issued with a dark-chocolate brown color and a rather fragile barrel-type suspension (hereafter referred to as the Type I Victory Medal)(Figure 1). Soon after the Type I Victory Medal was issued many complaints were received indicating that the dark color of the medal obscured the detail of the design and that the fragile barrel-type suspension was too fragile. By July 1920 the War Office had approved a version of the medal that was lighter in color with a suspension that was an integral part of the medal (the Type II Victory Medal)(Figure 2). 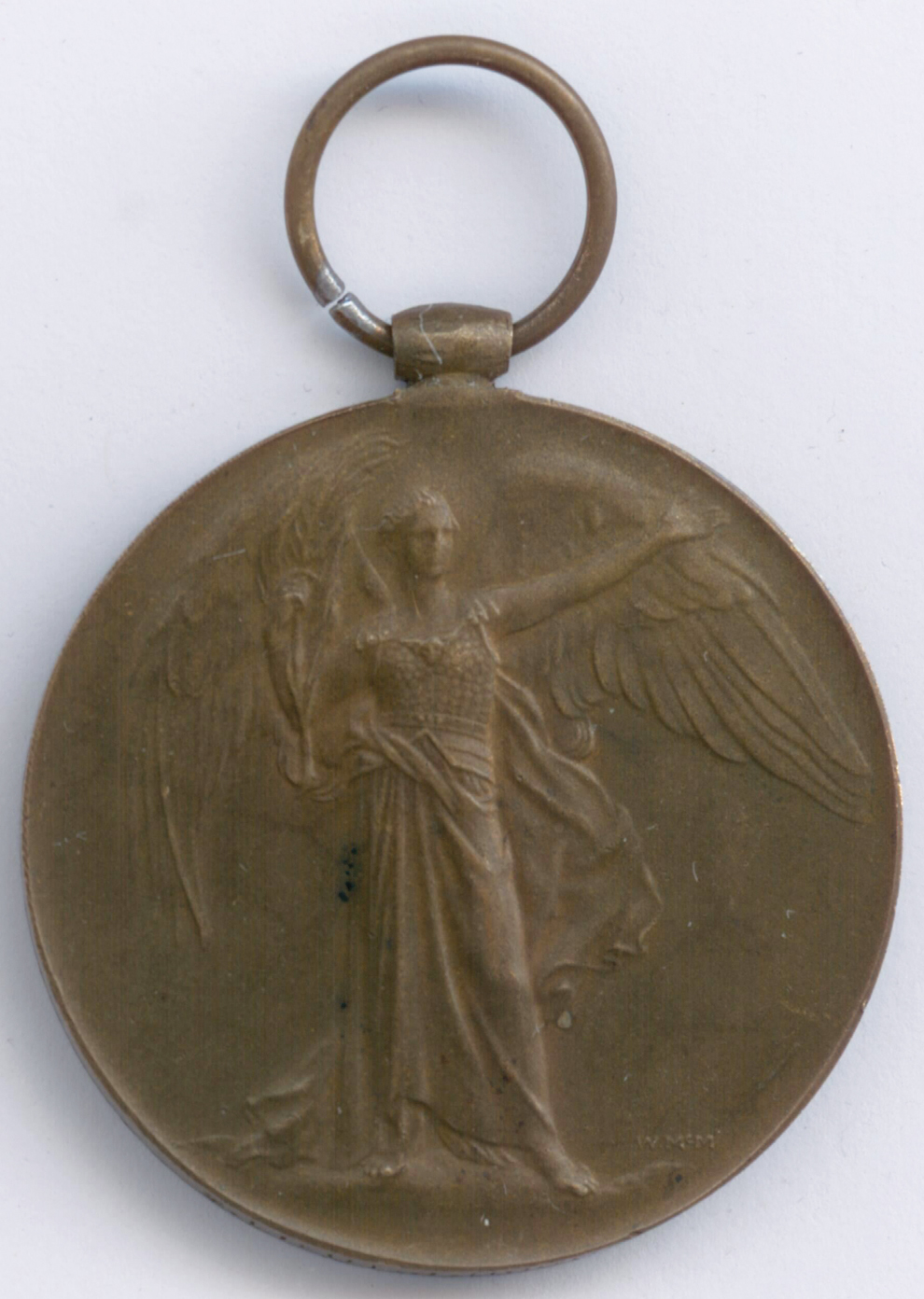 Figure 1: The Type I Victory Medal. 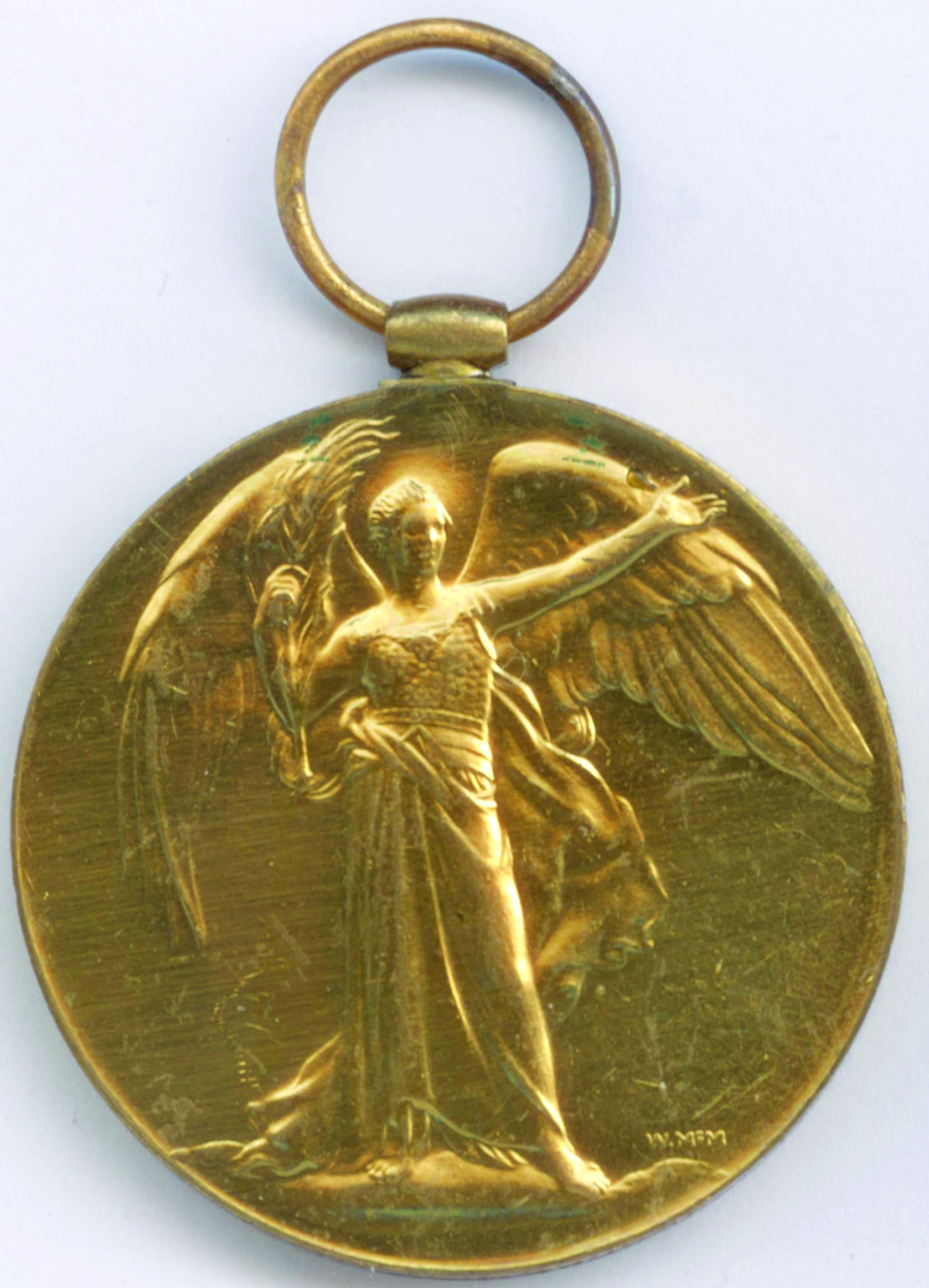 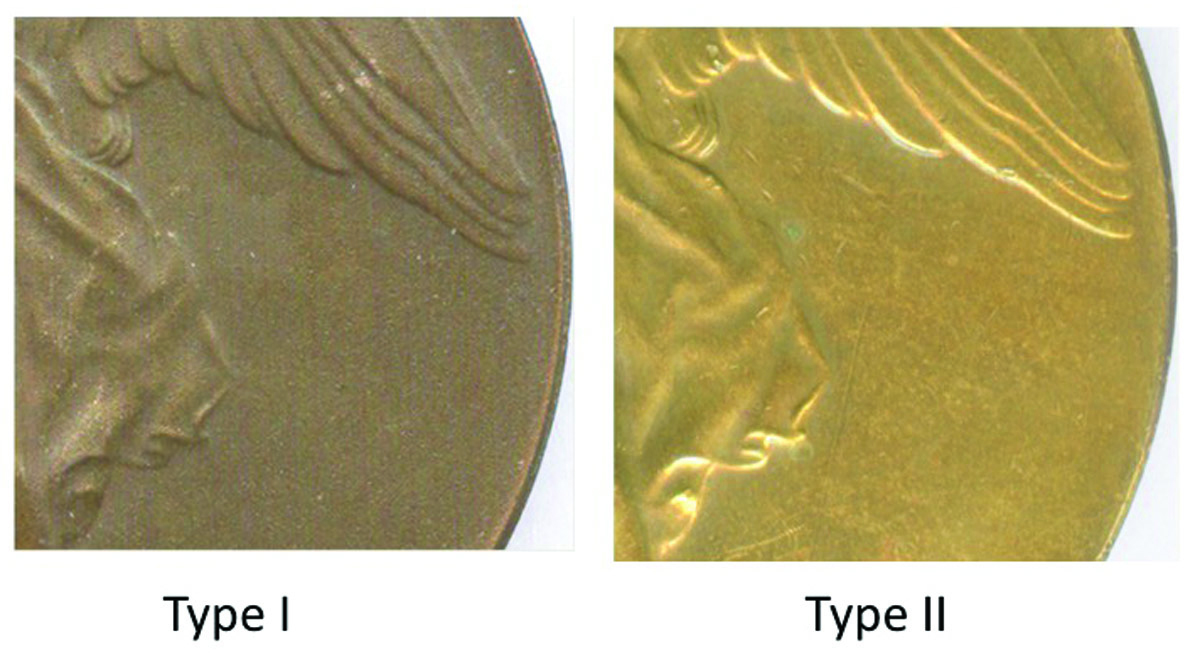 Figure 3: Comparison of the color and medal surfaces of the Type I  and Type II . The color of the Type I is much darker and its surface appears pockmarked due to sandblasting. 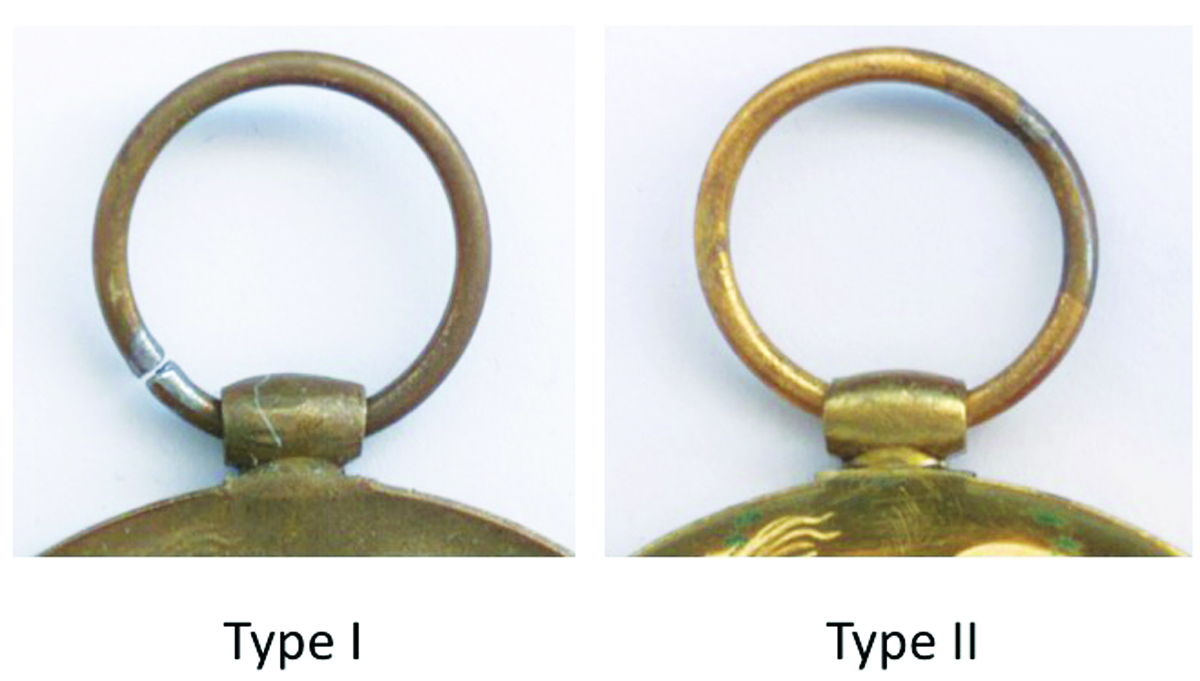 Figure 5: Comparison of medal rings of the Type I and Type II. The Type I medal has a broken ring and/or ring connected by a silver colored solder while the Type II has a ring that is soldered in the color of the ring. 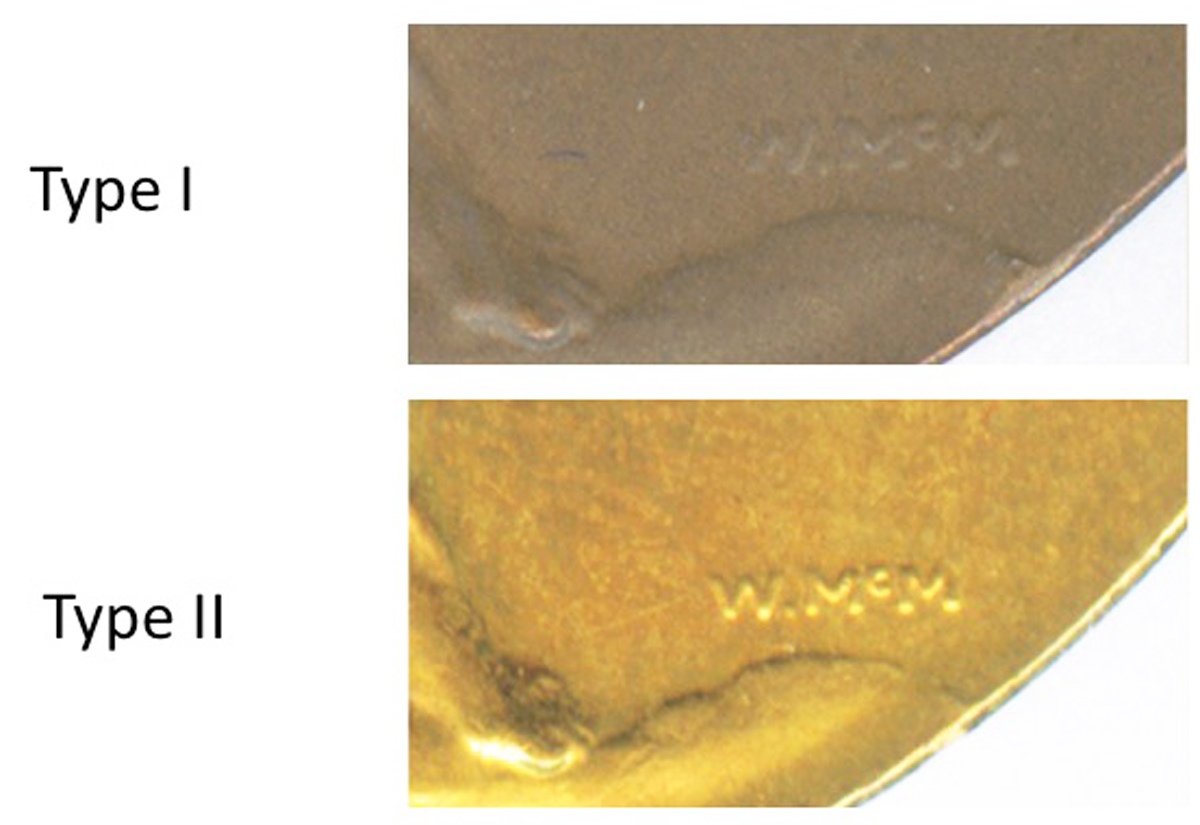 Initially data seems to indicate that over 75 percent of the Type I Victory Medals were issued to those who received the 1914 Star (Figures 7 and 8). 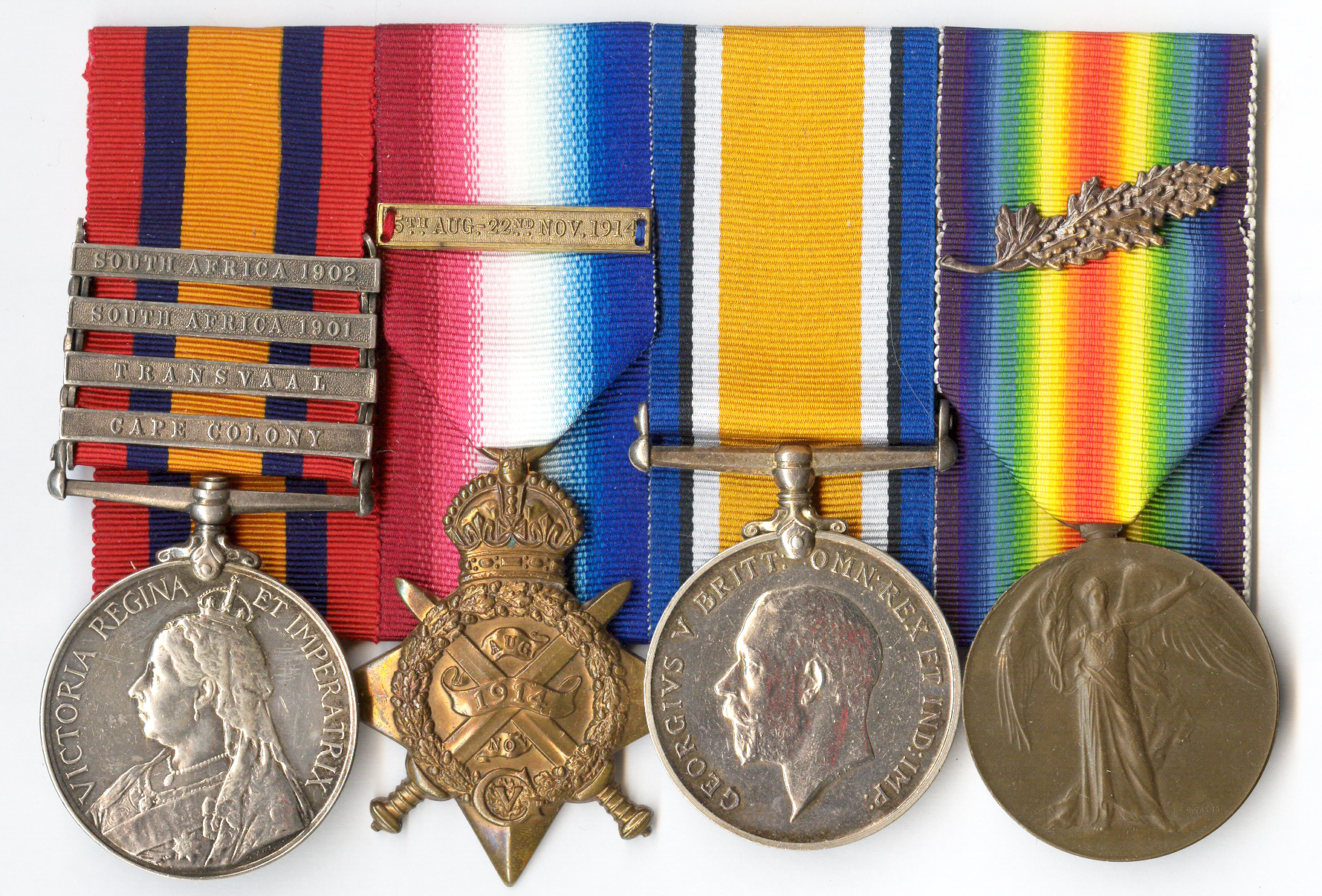 Figure 7: The medal group to 2nd Lieutenant George Fox, RFA with a Type I Victory Medal issued on 16 October 1920. 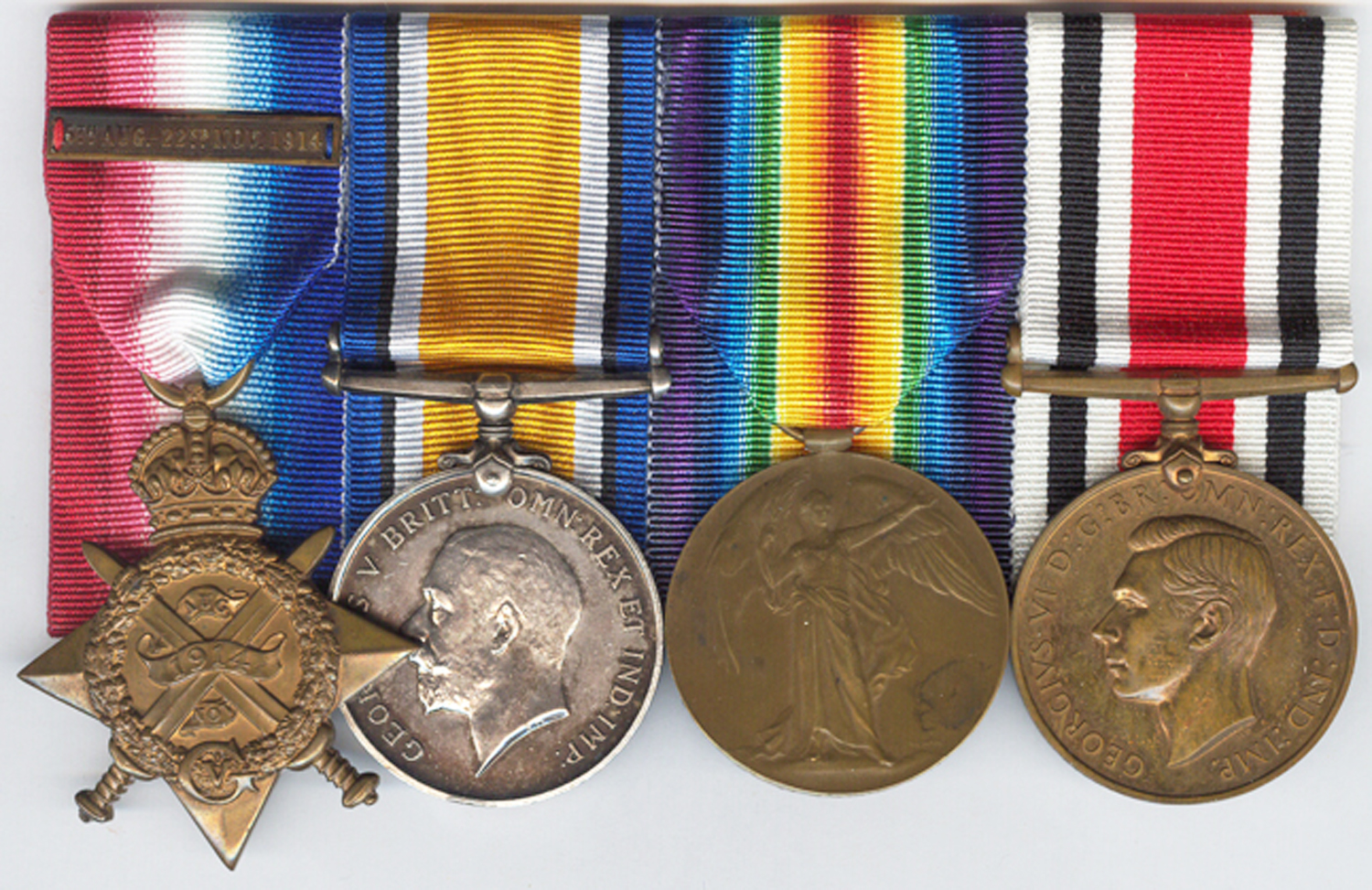 Figure 8: The medal group to Major William Graham Curling, RFA with a Type I Victory Medal issued on 20 November 1920.

Figure 9: Page of the medal roll for the British War Medal and Victory Medal indicating the date of issue of the medals to officers of the Royal Field Artillery.

In the figure above, note that in the “Remarks” column for the medals issued to four of the five officers listed it states that “VM returned” and “VM re-issued with a date following. This indicates that the Victory Medal for the officers named were returned to the War Office because that officer did not like the dark chocolate-brown color and/or the suspension for the medal separated from the medal. If the medal was reissued to the recipient prior to 31 December 1920 the medal was the original Type I medal that had been lightened in color and the suspension reinforced with additional solder (herein referred to as the Type IR Victory Medal)(Figure 10).  If the medal was reissued to the recipient after 31 December 1920 it would have been a new Type II Victory Medal. Unfortunately, the medal rolls for the British War Medal and Victory Medal to other ranks of the British Army do not usually indicate the date of issue of the medals but there is every reason to believe that the dates of issuance of the various types of Victory Medals to other ranks should conform to the that for the officers. 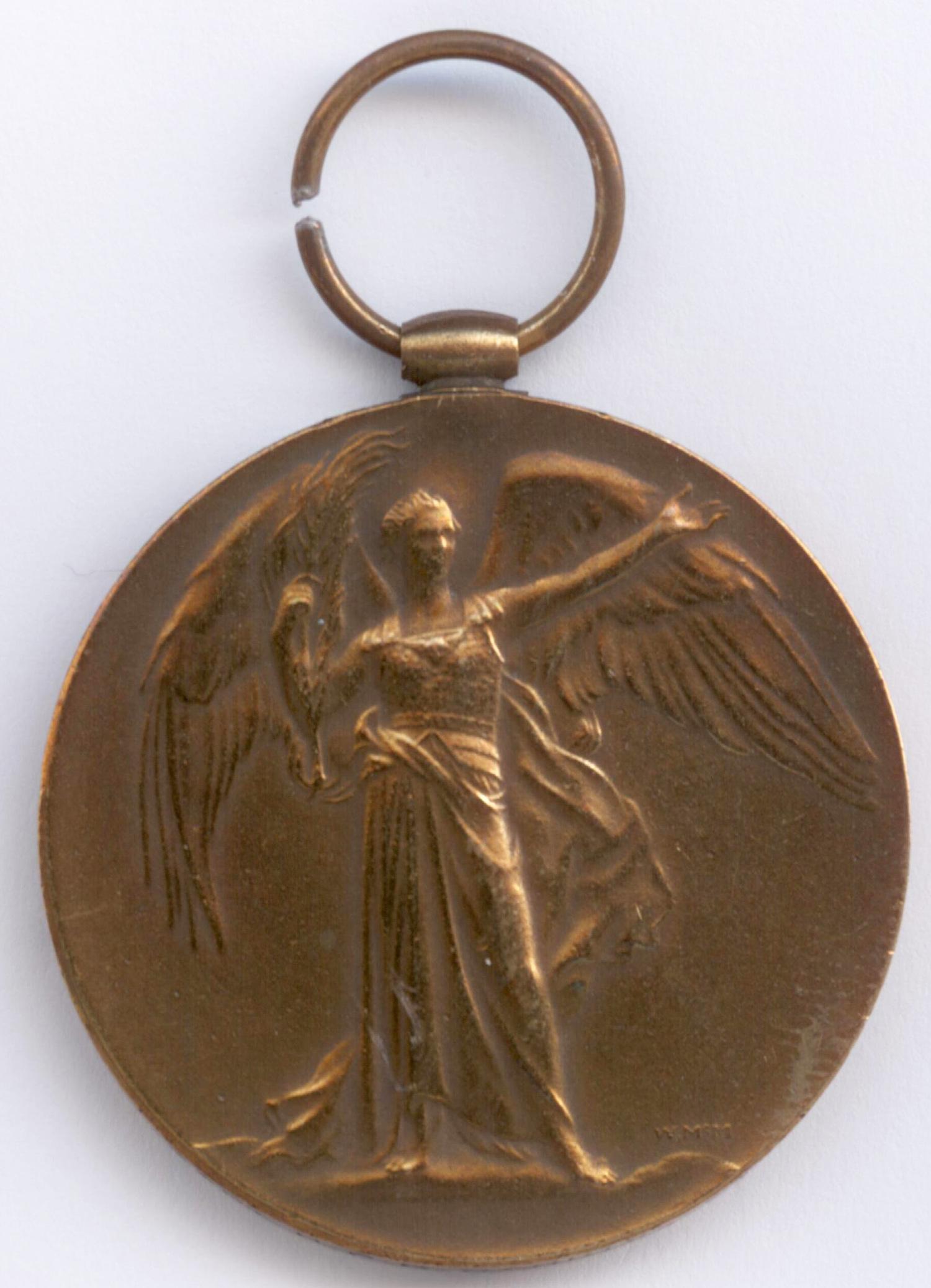 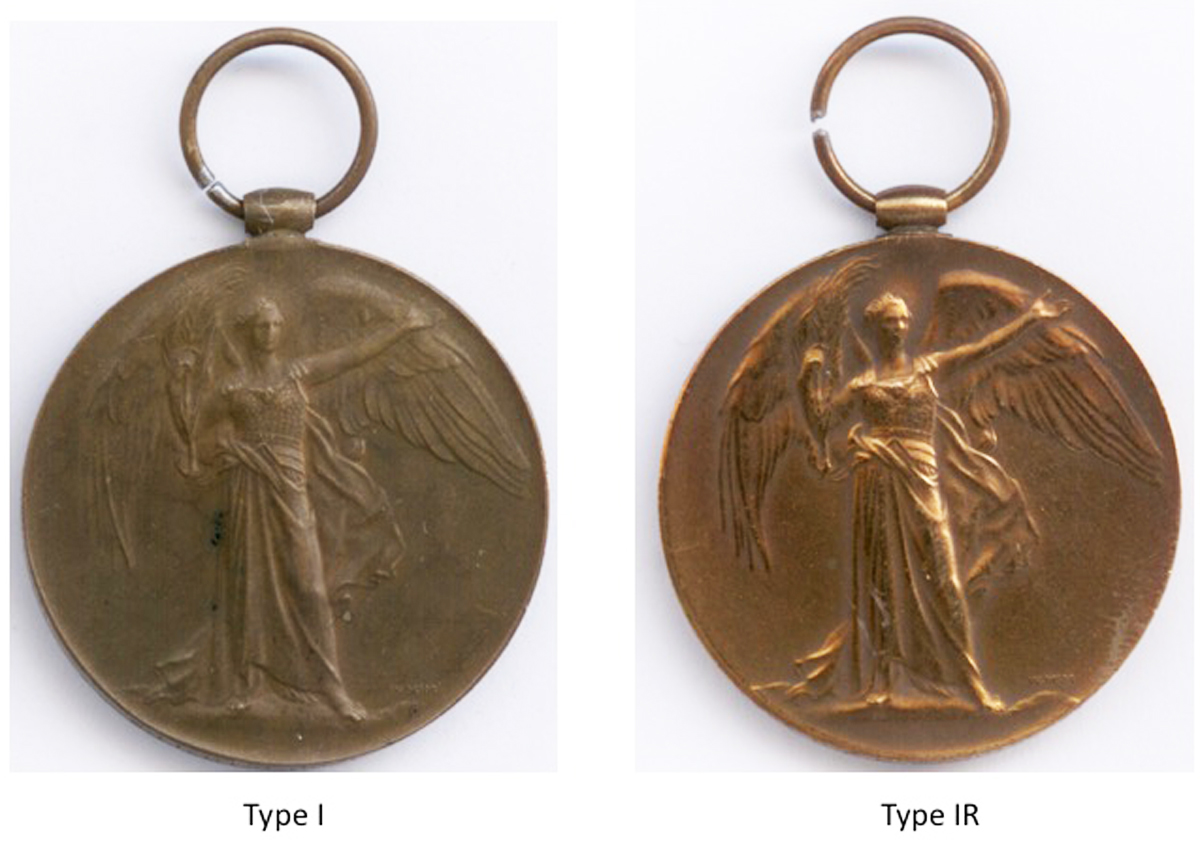 Figure 11: Comparison of the obverse of the Type I and Type IR Victory  Medals.

The second part of this topic will discuss the recently-issued Type III British Victory Medal.