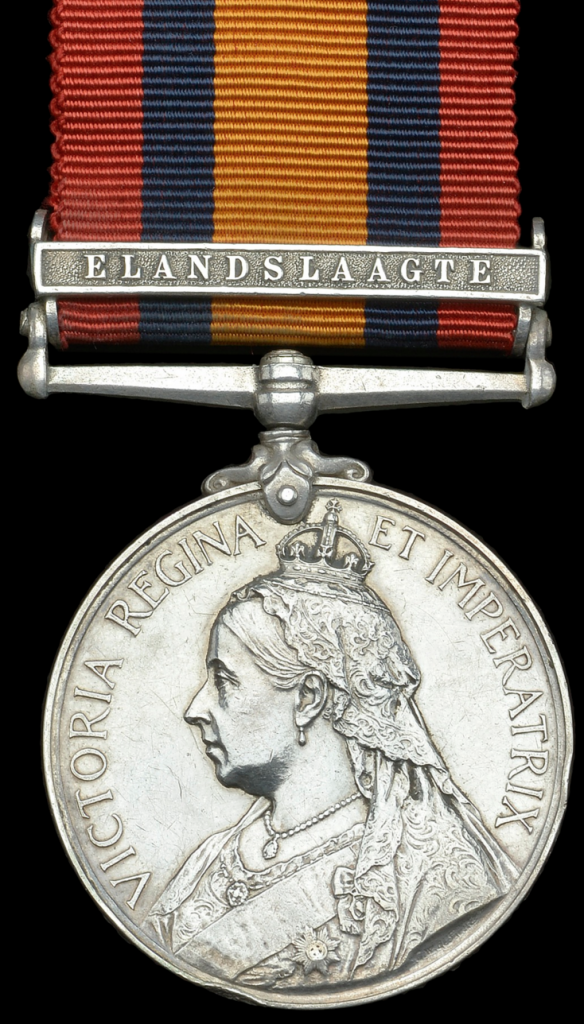 The battle of Elandslaagte took place on October 21, 1899 during the first two weeks of the war and before Ladysmith had been invested by the Boer Forces.

Elandslaagte is a small village on the railway line between Ladysmith and Dundee in Natal and at the outbreak of the war, there was pressure on Lieutenant General George White to defend both places.

On October 19th, an advance party of Boers seized the Elandslaagte railway station and mine village and cut rail and telegraph communication between Dundee and Ladysmith. The following day, General Kock’s army occupied the position. In Ladysmith news of the battle of Talana which took place on the 20th, prompted Major-General Sir John French to check the Elandslaagte area and when it was realized that the station and area were held by Boer forces, it was decided that they would have to be cleared to open the route from Dundee to Ladysmith.

General French was ordered to clear the Boer positions and re-establish communications with Dundee. Early on the 21st October, French made a reconnaissance, accompanied by an armored train. From a tiny ridge, he shelled the station but the return fire of the Boers prompted him to withdraw with his small force. French then asked White for reinforcements from Ladysmith and a sizeable force promptly arrived resulting in the British forces outnumbering the Boers by 3-1 and out gunning them by 18-3 and by 3pm that day, in the blistering heat, the advance was underway.

The infantry attack was slowed by Boer rifle fire and by barbed wire but the British attack prevailed. Some small Boer groups raised a white flag while others continued to fight which added a great deal of confusion at the ridge line.  Once the Boers began fleeing from their positions, the British cavalry to turned the retreat in to a rout and after the battle many of the Boers felt that it was wrong to attack a fleeing enemy this caused a great deal of bad feeling throughout the war. It is interesting to note that the newspaper correspondents left the battlefield to telegraph news of the British victory after the infantry capture of the ridge and before the cavalry charge, which was only later reported

The British victory at Elandslaagte had no long term impact on the war, Dundee and Elandslaagte were quickly abandoned, and White concentrated his forces in Ladysmith.

A little over 3,300 clasps were awarded, the majority of which were issued to defenders of Ladysmith. Medals with the single clasp are particularly sought after and command a high premium since they have likely been awarded to men who died or were severely injured in the battle.

There were about 600 casualties in total with the Boers incurring a little more than half. The 5 companies of the Gordons who  participated in the battle bore the brunt of  the casualties on the British side, of the 5 Officers killed, 4 of them were with the Gordons. The table below summarizes details published in the Times on October 24, 1899 although this was later adjusted as more information became available: 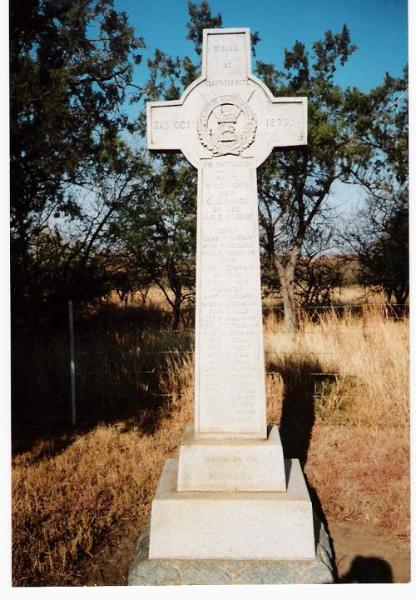