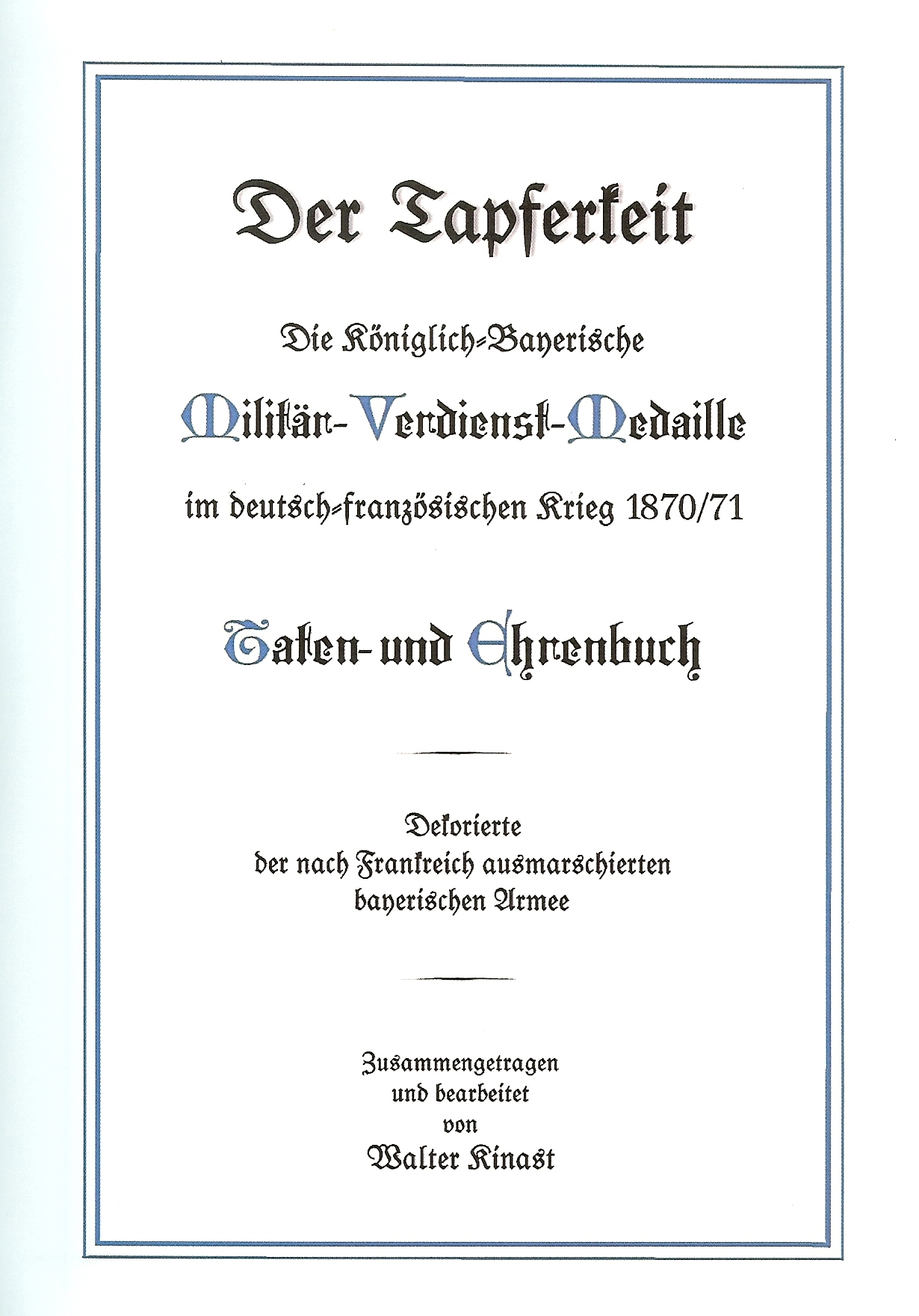 After many years of dedicated research by Walter Kinast, the deeds of soldiers who were awarded the Bavarian Military Merit Medal (Bravery Medal) in Gold and Silver for action during the German-French War of 1870/71 are brought to light in one source.  Prior to this publication, collectors and researchers had to rely on various obscure sources for such research.  Now, similar to the publication “Bayern’s goldenen Ehrenbuch”, which listed all of the 1914-1918 recipients of the Bavarian Bravery Medal and their citation information, researchers have a singular source regarding the 212 Gold, and 799 (800) Silver 1870/71 Bavarian Military Merit Medal (Bravery Medal) recipients.

Excerpts from the official lists (Verordnungs-Blätter) of the Bavarian War Ministry are listed, as are statutes.  There is also a publication from the 100 year jubilee of the Military Merit Medal.  In addition, there is a “bonus” section listing a publication regarding the 49 Knights of the Military Max Joseph Order who were awarded the Order for the 1870/71 War.  This listing has photos of the recipients as well as their biographical information.  A brief section regarding the War Commemorative Medal for the 1870/71 Campaign, and a listing of 1870/71 battles, is also included.

There is an extensive listing of sources used by the author to research this work.  At the end of the publication are a limited number of color and black and white plates with examples of the medals, large medal bars, award documents, and recipient photographs.  Inside of the rear cover is a small color map of the 1870/71 battle locations in France.

Mr. Kinast has done a remarkable job in compiling all of this data and is to be commended for his work.  I highly recommend this book to researchers of military history and military awards.  With only 100 volumes currently in print, this book is certain to be difficult to find and much sought after in the coming years.

For further information regarding the publisher: