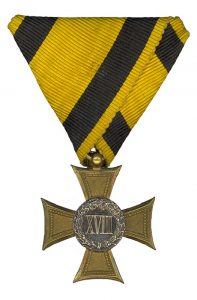 With this blog I am continuing a discussion of the Austrian and Austro-Hungarian service crosses for troops and non-commissioned officers. In this series of blogs I will discuss the full range of service crosses awarded to enlisted personnel and non-commissioned officers issued from 1849 – 1918. In this blog I will be discussing  the Military Service Decoration for Non-Commissioned Officers and Troops  Second Class, (Militärdienstzeichen II Klasse für Unteroffiziere und Mannschaften) which was issued from 1867-1869.  It should be noted that at the time the service crosses were established in 1849 the nomenclature was the reverse of what one would expect today. That is to say, that the second class was the cross for the higher number of years served while the first class was the cross given for the lesser number of years. Thus the second class of the service cross for 18 years’ service was the higher class. This nomenclature continued for the crosses issued from 1867-1890.

Reason Issued:  To reward Non-commissioned officers and troops of the Austrian army and navy who had served eighteen years of active service faithfully and honorably.

Classes or Types:  This cross was issued in one type. 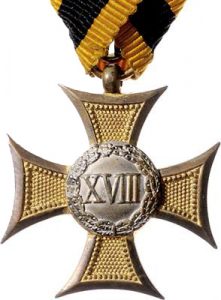 Design: A clawed cross in the Leopold style with arms that widen toward the ends.  The cross has a ball ore loop eye at the top to which is attached a ring for attaching the cross to the ribbon. 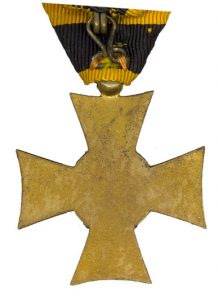 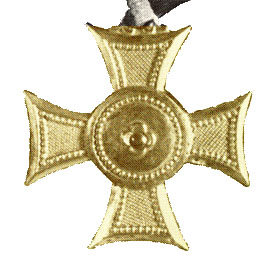 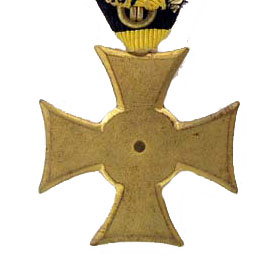 Figure 4: Type II Reverse: As described above except the reverse has a rivet for attaching the obverse disk. Image from the author’s archive.

Type of Material: Gilded bronze or brass and silver

Hope you enjoyed this blog. Until next time when I will commence my description of the Non-Commissioned Officers and Troops, Service Crosses issued from 1867-1913. Until then, I hope you find joy in our shared interest