Knight Companions of the Bath (K.B.)

The creation of the Order of the Bath followed the Order of the Garter in precedence. This helped create a whole new class of “political favors” available to the Crown, thus an expedient solution in staving off of an increased demand for limited Garter Knight vacancies.

K.B. Insignia from the Napoleonic Era

Insignia for a Knight Companion of the Bath in the Napoleonic Wars consisted of a Collar, Collar Badge, Sash Badge and Star (referred to as an Ensign in the Statutes).

Both the collar and sash badges are very similar in size & configuration with a simple design consisting of an outer oval border with the Bath motto TRIA IVNCTA IN VNO (Latin for “Three joined in one”). Inside the oval border is a large crown on top and two smaller crowns underneath with a scepter running vertically through the center. Between the upper and two lower crowns is a rose on the left and a thistle on the right. This design configuration would later be used for the civil insignia of the order when the statutes were later modified to have a separate class for both civil and military members.

K.B. stars were originally embroidered using silver and gold bullion thread. The stars shared the same basic center design configuration as the K.B badges. Surrounding the oval border in the center were eight broad rays. Stars made of silver, gold and enamel became fashionable only after 1800 (1). Prominent jewelers such as Rundell, Bridge & Rundell fabricated these metal stars for private purchase. Metal stars obviously solved the wear and tear problem typical with embroidered stars over time.

An example of a Napoleonic K.B. Sash Badge together with a K.B. Star is shown in Figure 1. This set was sold at Dix Noonan Webb Ltd. (DNW) in their 11th December 2013 Auction (Lot 275). The sash badge, in solid gold and approximately 43mm in size, dates from about 1800. It is not hallmarked which is typical for order insignia at the turn of the century. 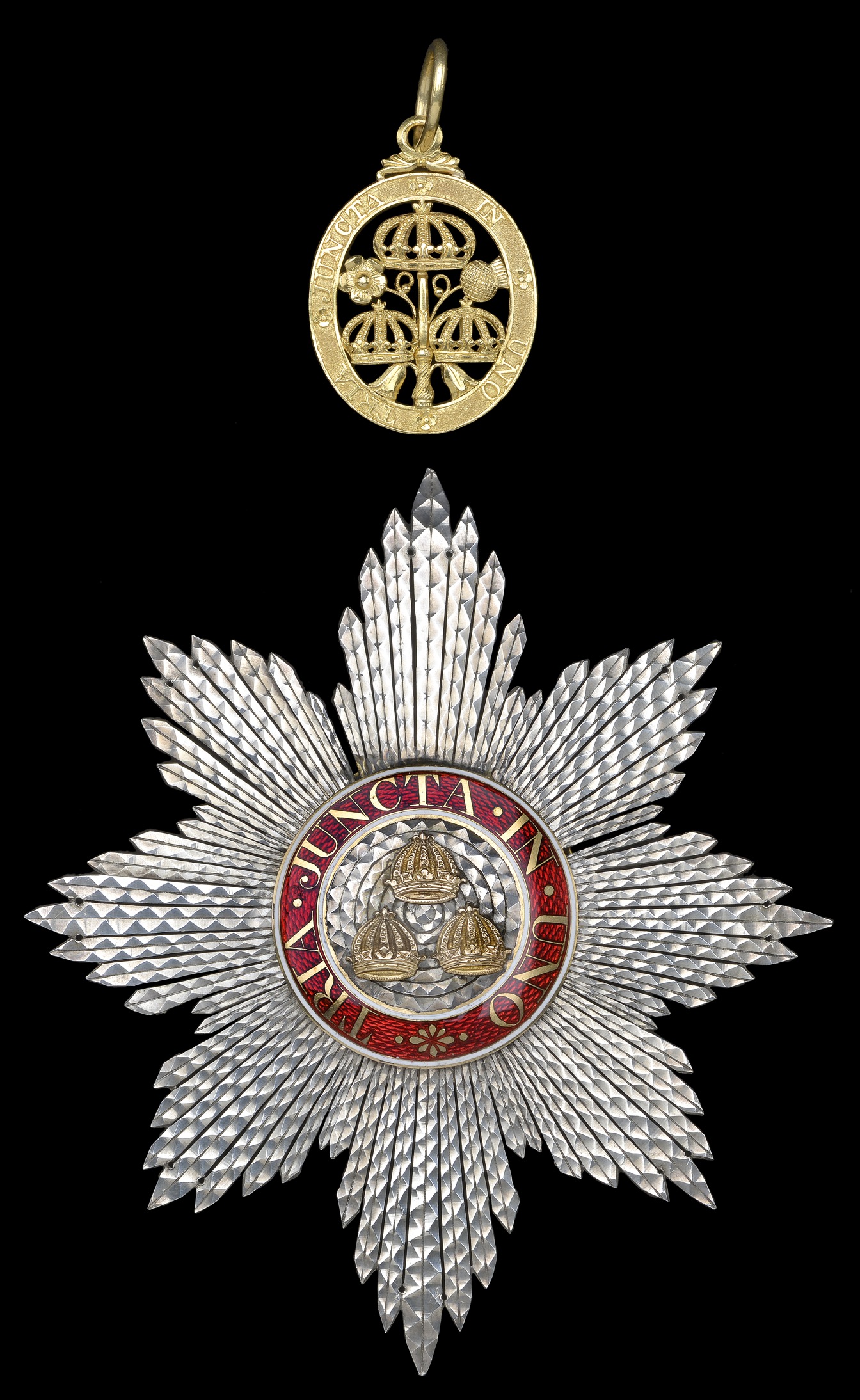 Figure 1 – Sash Badge & Star of the Knight Companion of the Bath (K.B.). Image courtesy of DNW

The K.B. Star in Figure 1 is approximately 122mm x 108mm and executed in silver, gold and enamel. An interesting feature of this star is its eight “hinged articulating rays”. These steel-sprung hinged rays allow the star to conform to the curvature of the garment they are attached to.

Figure 2 shows a second example of a Napoleonic-era K.B. Star sold at DNW in their 22nd July 2015 Auction (Lot 69). The star’s reverse better illustrates the hinged articulating rays (my notes/arrows in RED) to conform the star to the garment. All of the K.B. Stars I have examined from private jewelers have this hinged feature. The longer rays are also pierced at the ends to facilitate garment attachment. 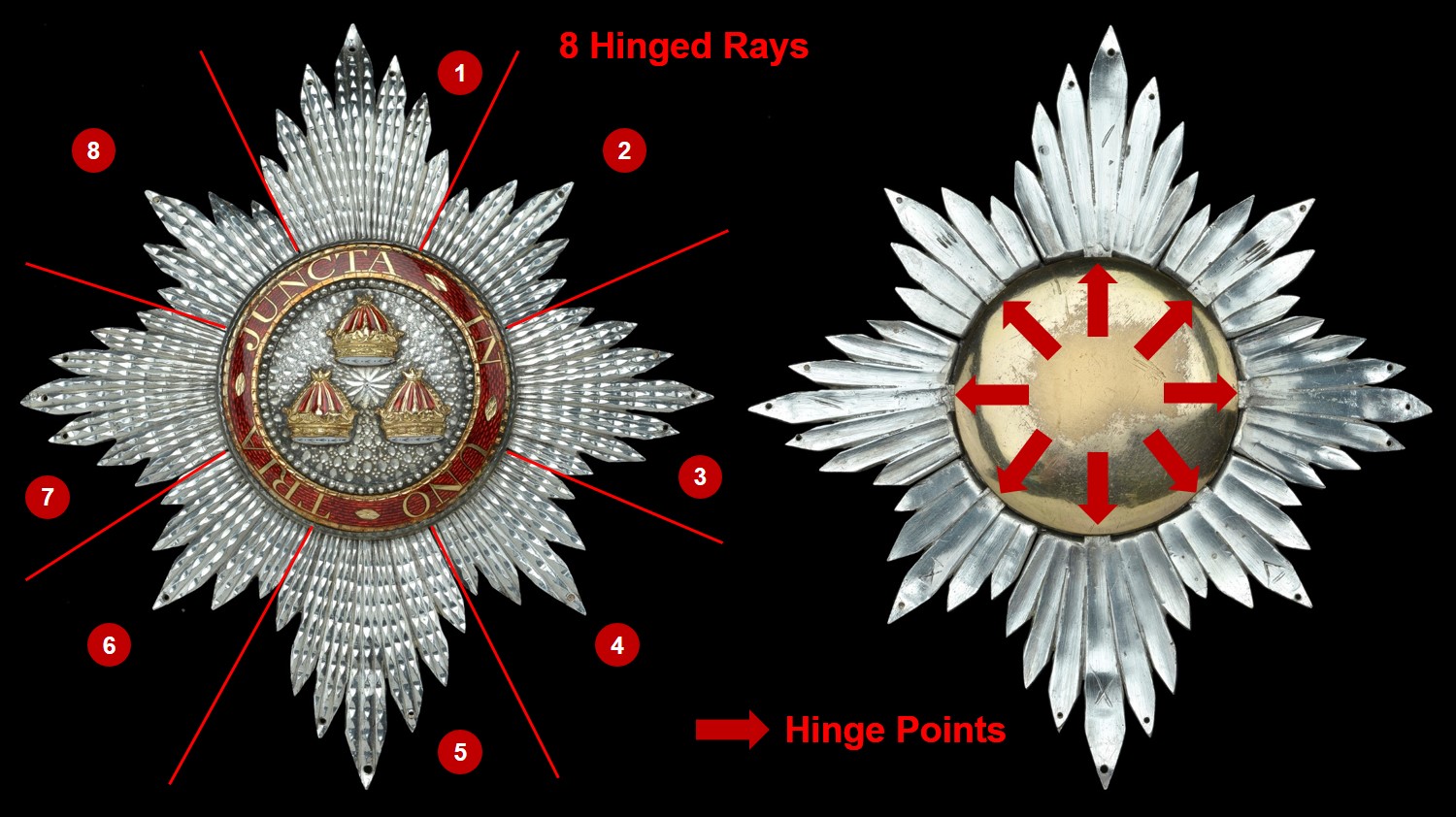 Figure 2 – Star of the Knight Companion of the Bath (K.B.). Base image courtesy of DNW.

As the Order of the Bath evolved throughout the 18th Century, it increasingly became less political and more merit-based. Events in the latter half of the 1700’s such as the American War of Independence and the Napoleonic Wars (1793-1815) would certainly drive this trend due to the need to reward distinguished service to the Crown.

Within the first half of the Napoleonic Wars, British Naval Admirals dominated filling the vacancies for new Knights of the Bath. No wonder with such successful fleet actions from the Glorious First of June (1794) to the devastation of the French and Spanish Fleets at Trafalgar (1805). British Army Generals would begin to reverse this trend in the latter half of the Napoleonic Wars.

Sir Arthur Wellesley, later the 1st Duke of Wellington, would arguably be the most famous Army personality to be rewarded with a K.B. in 1804 for his services in the Maratha War. His brilliant victories in India at Assaye, Argaum and Gawlighur and his further ambition would propel him to the Command of the British Army in the Peninsular Wars from 1808-1814.  Wellesley is wearing his K.B Star in a painting by George Marchetti as shown in Figure 3. Elizabeth Longford in her book on Wellington shares an anecdote on Wellington first receiving his K.B. Star (2):

His old friend ‘Beau’ Cradock, now Sir John, brought out the Order of the Bath for him to Madras, and quite in the spirit of bygone Dublin pranks, pinned it on his coat, like Santa Claus, while he slept.

Notable British Army Generals serving under Wellington in the Peninsular Campaign would tilt new K.B. investitures towards the Army (vs. Navy) in the latter half of the Napoleonic Wars. In fact, so great was the demand that an additional Statue was issued on 8 May 1812, removing the original restriction of 35 knights (1). 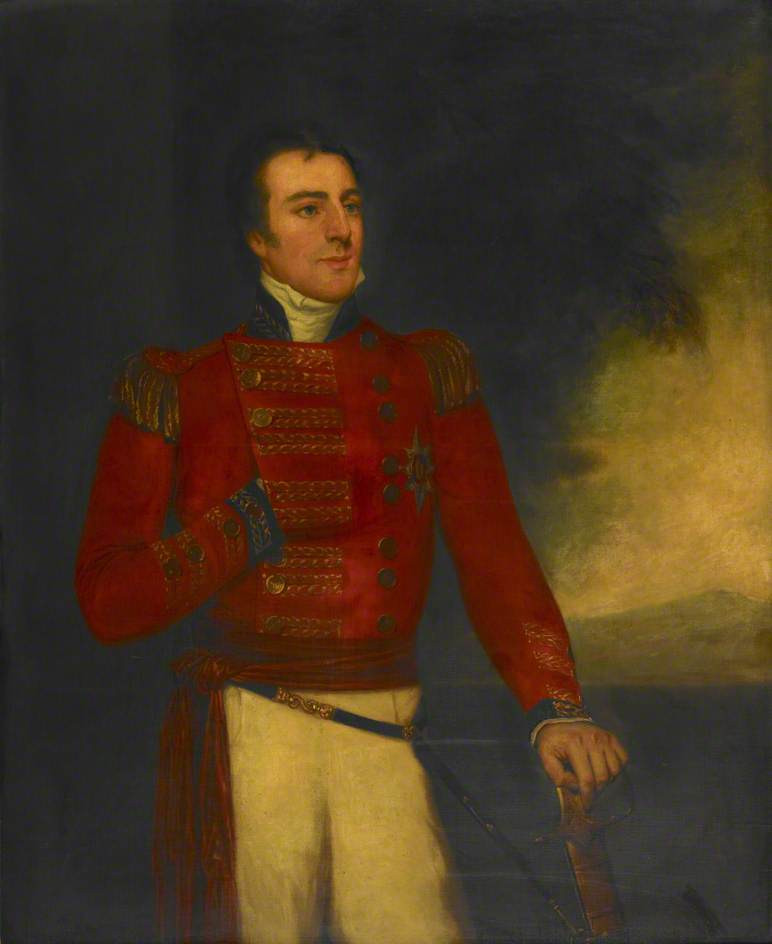 Wellington would be responsible for investing many of his Peninsular Generals with a K.B. for their outstanding victories in Spain and Portugal. William Beresford was one of the Duke of Wellington’s finest generals and was made Marshal General of the Portuguese Army in 1809 serving under Wellington. His portrait in Figure 4 shows him wearing his K.B. Star on the top of his left breast, together with his Portuguese Order of the Tower & Sword Star and his Gold Collar & Cross to commemorate his Peninsular War services. Beresford was nominated a K.B. on the 16th of October 1810 and details regarding his Bath Investiture of the Bath were printed in the Edinburgh Review (3):

The presence of the French army, almost within cannon-shot of headquarters, did not hinder him (Wellington) from celebrating at Mafra, twenty miles distant, the investiture of Marshal Beresford as Knight of the Bath, in way calculated at once to do honour to the commander of the Portuguese troops, to inspire confidence into the population of Lisbon, and to animate his own soldiers; showing to all how little uneasiness need be experienced from the menaced attack of Massena. 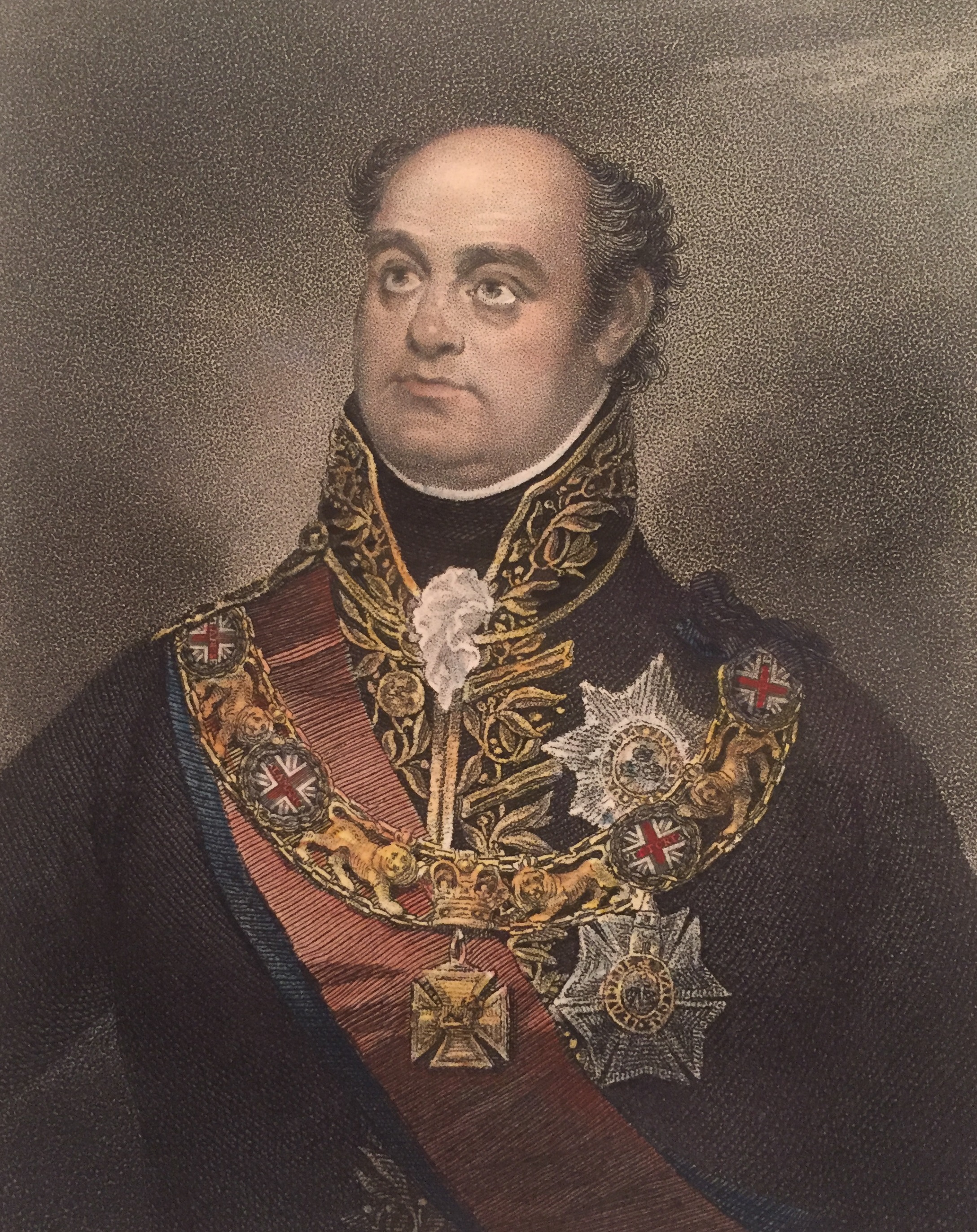 Lieutenant General Stapleton Cotton was another of Wellington’s famous generals, being second in command to Wellington at the Battle of Salamanca in 1812. In recognition of his gallantry, Cotton was nominated a K.B. on the 21st August 1812. He would go on to a most successful army career and peerage and be later known as Field Marshal Stapleton Cotton, 1st Viscount Combermere, GCB, GCH, KSI, PC. He had a much more exciting K.B investiture as noted in a book on his memoirs quoted below (4):

Shortly after his arrival at Burgos, Sir Stapleton Cotton was invited by Lord Wellington to dinner given to celebrate the investiture of the former with the Bath. As Sir Stapleton was still far from well, Lord Wellington, anxious to save him fatigue, sent a large old Spanish coach, drawn by four mules, to bring him to head-quarters, which was so close to the citadel that on one occasion round shot struck it. After dinner the investiture took place, to the appropriate accompaniment of the warlike sounds without which announced the progress of the siege. On returning in the evening, over very bad road, in the coach above mentioned, which Lord Wellington had placed at his disposal during his convalescence, the lumbering old vehicle upset. Sir Stapleton, being fortunately thrown on his right side, escaped with a few bruises: had he fallen on his left side the consequences might have been serious.

After the cessation of hostilities with France in 1814, a significant shakeup of the Order the Bath appeared in the London Gazette on January 3rd, 1815. Thereafter, the Order of the Bath was to be divided into the three classes as we know it today (5). This was primarily done in response to the overwhelming demand to reward the vast numbers of Army and Navy Officers who distinguished themselves throughout the hostilities with France from 1793 to 1814.

Comments, corrections and additional information are most welcome.

(An invaluable resource for the Order of the Bath. This is a reference library must for anyone interested in British Orders.)