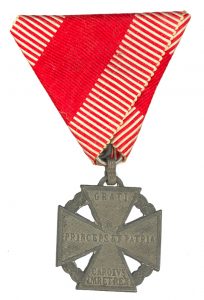 Emperor and King Karl introduced the Karl Troop Cross (Karl Truppenkreuz) as an award for combatant service. It was to be available to all ranks. It was patterned after the Army Cross issued by Emperor Franz II during the Napoleonic war. It was one of the most issued decorations of World War I.

Date Issued: This decoration was authorized on December 13, 1916.  The imperial and royal government issued it from July 1, 1917 through June 30, 1918.  The interim republican government issued the crosses through 1922.  The cross continued to be issued by various war commissions until the first part of World War II.

Reason Issued:  To award front line soldiers and naval personnel of all ranks and of all services including militia and volunteers (who were serving for the duration of the war) and who had served at least twelve weeks field service before the enemy and who had participated in at least one battle. Members of the air service who had made ten flights over enemy lines were eligible for this award.  Persons with twenty years of proven leadership were also eligible to receive this award.

Classes or Types:  This decoration was issued in one class

· The decoration was based on the Napoleonic Army Cross and the obverse inscription is patterned after that found on the 1873 cannon cross.

· The ring from which the medal is supported is 8 mm long and has three channels cut into it.

· The Karl troops Cross could not be issued to Jews

· The Karl Troops Cross could not be issued to members of the allied armies.

Hallmarks: These decorations are often marked on the edge of the left or lower arm with a hallmark.  Marks, which have been seen, are:

· FA = May stand for Fabrik A or made in Vienna

· The mark of the Schneider Brothers 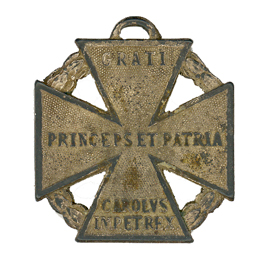 Design: A cross pattée (formy) with a laurel wreath between the arms and a curved suspension eye.

Obverse: The cross is granulated and has a raised rim around its edges. The top arm is inscribed GRATI (Gratitude), the center of the cross is inscribed PRINCEPS ET PATRIA (Sovereign and Fatherland), and the lower arm is inscribed, in two lines CAROLVS/IMP.ET REX (Charles, Emperor and King). 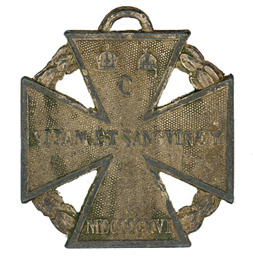 Reverse:  The reverse of the cross is granulated.  The upper arm has the crowns of Austria and Hungary side by side with the Austrian crown on the viewers left.  Below the crowns is the initial C (Carolus or Charles).  Across the center of the arms is inscribed VITAM ET SANGVINEM (Life and Blood).  The lower arm is inscribed MDCCCCXVI (1916).

· The cross is made of War metal (95% Zinc alloy) which originally had a bright wash finish. This wash has generally disappeared with age.

· Type I:  Issued from 1916 to 1922 and features a curved eye with an 8 mm-attached fluted suspension ring and a bright finish.

· Type II:  This cross is identical to Type I except that the finish is dark zinc.

· Type III:  Is identical except the suspension ring is a wire loop type and is turned at right angles to the plane of the medal.  It also has no suspension ring and attaches directly to the ribbon suspension clip.

· Type IV: Crosses made of brass or tomback and crudely finished. These are post war, privately manufactured and were known to be made by Joseph Zimbler.

Case: Officially issued in an envelop

Two variations of the ribbon are known to exist.

· Type I is bright red and white.

· Type II is a darker red and white.

· A small rectangular ribbon for this decoration sometimes worn with miniature of the medal was introduced in October 27,1917. 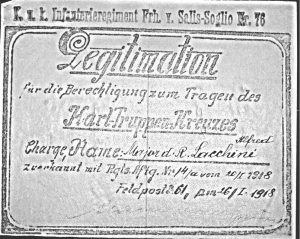 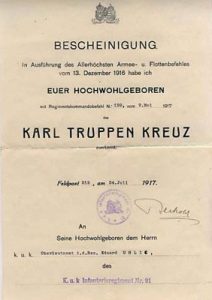 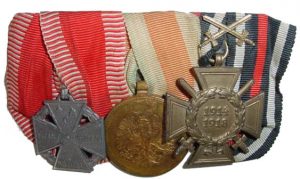 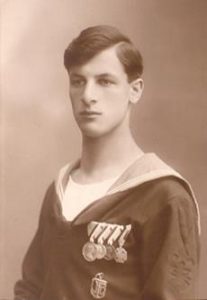 Figure 11: A submariner wearing the Karl Troops Cross. Image from the author’s archive. 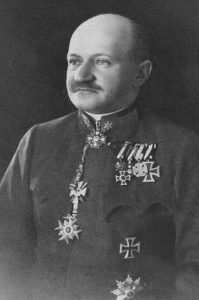