In this blog I am continuing the discussion of the Bravery Medal (Tapferkeitsmedaille) that was issued in 1917 with the image of Emperor Karl on the obverse which I commenced in part I of this discussion. Thus this is part II of a two part discussion on this decoration. Please review part I which is the previously published blog if you have not done so in order to place this discussion in its proper context. The Bravery Medal as a decoration had existed since it was first established by Joseph II in 1789. The first decorations issued specifically for bravery were called an Honor Decorations (Ehrenzeichen) until 1809 when the next decoration in the series was re-named as the Bravery Medal (Tapferkeitsmedaille). In addition to the medal issued in 1789 versions of this medal designated as Honor Medals were issued in 1792 by Franz II and 1804 by Franz I. Versions designated as Bravery Medals were issued prior to 1917 in 1809 by Franz I and in 1839 by Ferdinand I. In 1849 it was reissued by Franz Joseph to assure that it was consistent with the other awards that bore his image during this phase of his reign. He further modified the bravery medal in 1859 and would again in 1866 and for a final time in 1915. Subsequent to his death the medal was once again modified to conform to the requirements of the new emperor. In this blog I am going to complete the discussion of the enlisted bravery medal as issued from 1917-1922 during Karl’s reign. In subsequent blogs I will discuss the final version of the bravery medal: the officer bravery medal, that was the last type of this historic award which had been issued from 1789-1922.

Number Issued: The number of bravery medals issued from the commencement of World War I to the end of 1918 were:

Case: A red simulated leather case which sometimes has the name of the decoration in silver or gold embossed on the lid. The inside of the lid is in white silk and often has a maker’s logo in gold. The inner portion of the bottom of the case is in black fitted velvet. There are also versions of this case with engraved presentation inscriptions on the lid. 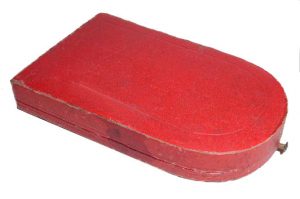 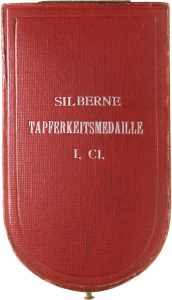 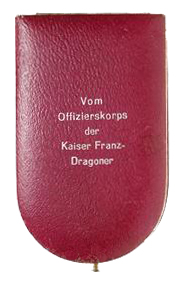 Attachments:  Stainless steel trapezoid shaped bars to designate repeat award of the bravery medals. Johann Zimbler of Vienna was the manufacturer of these bars which are engraved on the back with his logo. 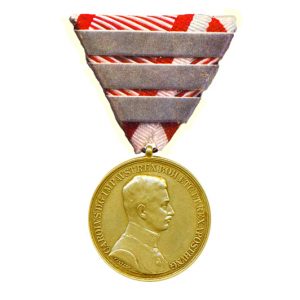 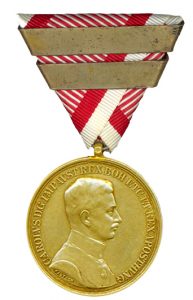 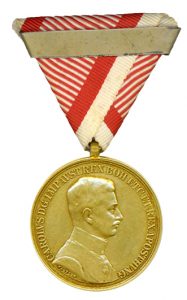 The recipients of this version of the Gold Medal with third award bare were:

The recipients of this version Gold Medal with second award bare were:

The recipient of this version Large Silver Bravery Medal with forth award bare was:

·         There was one recipient of the enlisted and officers gold medal and that was Karl Ritter von Eiss who received the enlisted medal as a cadet in May 1915 and the officers award as a Oberleutnant der Reserve in 1918.

Miniature:  Miniatures for this decoration exist. 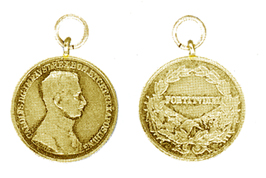 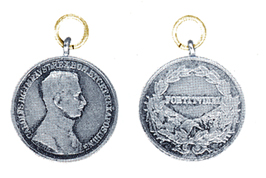 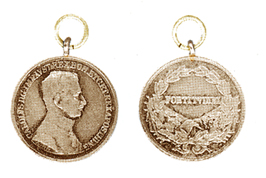 Examples of groups with bravery medals: 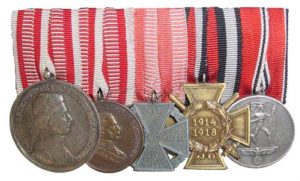 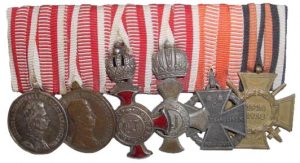 Figure 13: Group of 6 awards including the Karl Silver Bravery Medal, second class and the Karl Bronze Bravery Medal: Image from the author’s archive 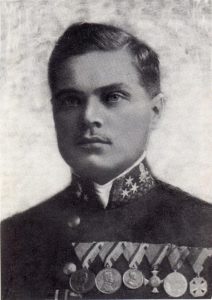 I hope you have enjoyed this blog. Next time I will be describing the Medal for the Founding of the Emperor Joseph Medical Academy.