For those of us who collect medals, not just for the medal, but also for “the man behind the medal,” single medals or broken groups are a great source of enjoyment due to the pleasant hours of research that they can provide. One such medal is a British War Medal that I purchased from an Oregon-based medal dealer in 1993 as I began my interest in collecting medals to 20th Century Royal Artillery officers. Little did I realize at the time that this medal, named to MAJOR C. M. CHRISTIE, would lead me to the story of a man who was a decorated World War I soldier, an athlete, a general during World War II, a playwright and the brother-in-law of Agatha Christie. 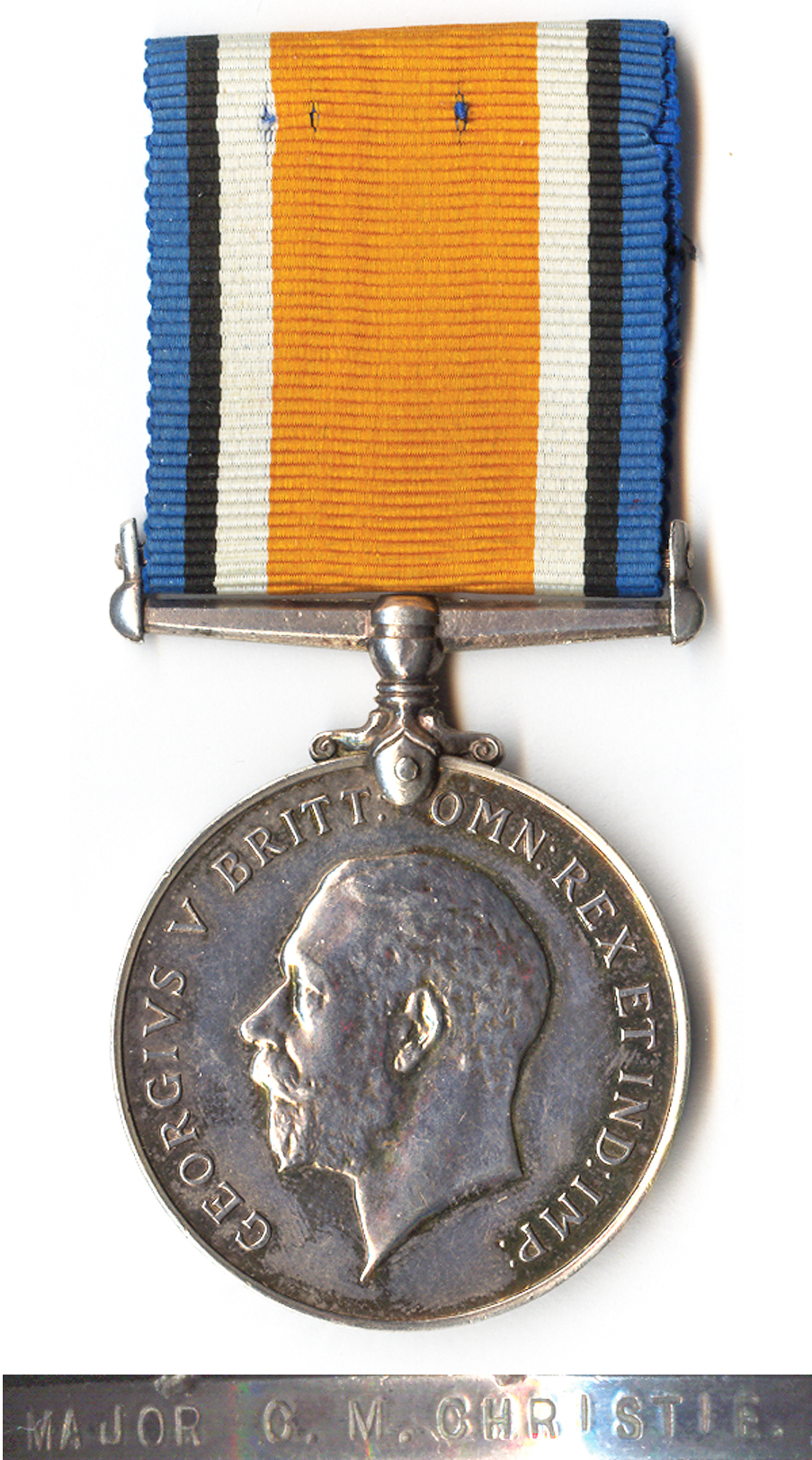 Campbell Manning Christie was born at Murree in the Punjab on October 8, 1893, the younger son of Archibald Christie. He attended Clifton Preparatory School from April 1901 to June 1902 and then re-entered the college as a junior in January 1905, and left in September 1911. Then appointed a Gentleman Cadet at the Royal Military Academy, Woolwich, in 1913 he twice won the Peile Prize awarded to the cadet winning the individual rackets’ competition. In the same year he helped win the rackets for the “Shop” against Sandhurst and in 1922 won the Royal Artillery Regimental Singles. He was commissioned 2nd Lieutenant, Royal Garrison Artillery on December 19, 1913.  From then until October 1914 he served in No. 32 Company, RGA at Sandown. 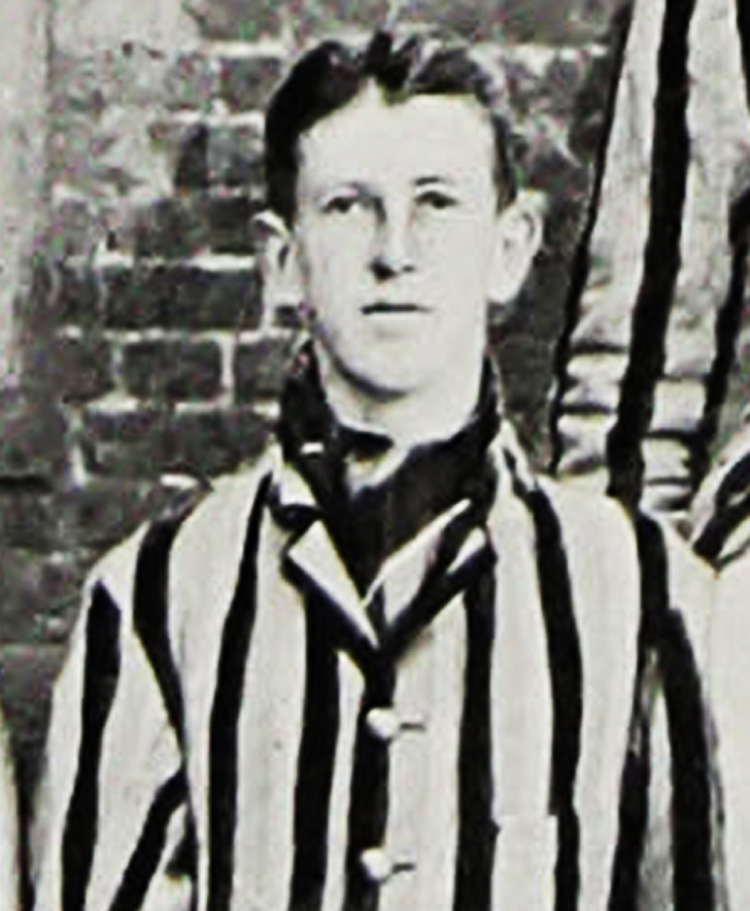 Christie as a member of the cricket team at the Royal Artillery Academy, Woolwich in 1912 (RMA Magazine, July 1912). 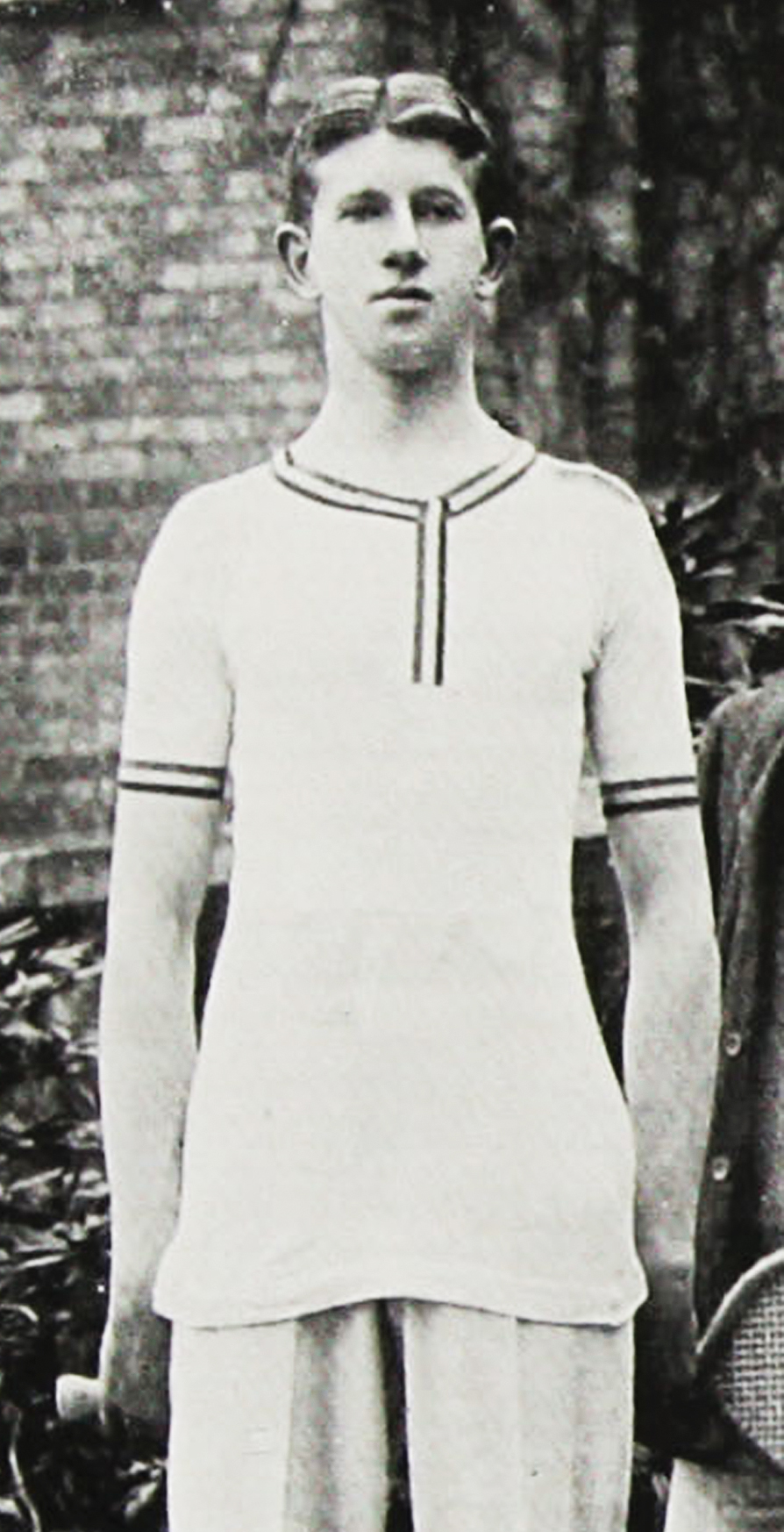 When orders were given to form 10 Siege Battery, RGA Christie was assigned the task of selecting personnel for the battery from the Isle of Wight defenses. He went to France and Belgium as a 2nd Lieutenant in the right section of 10 Siege Battery and fought with it in the battles of Auber’s Ridge and Festubert from February 15, 1915 to December 20, 1915. The battery, was armed with four 9.2-inch howitzers, one of which was “Mother,” the first 9.2-inch howitzer in France. He was posted to 5 Mountain Battery, 3rd Mountain Brigade, RGA in June 1915 and served with it for the rest of the war, going to Salonika on December 29, 1915. For his service with this battery, Christie was awarded the Military Cross in the London Gazette of 1 January 1919 (as it was “New Year’s honor” there was no citation).  His decoration was sent to the India Office on January 18, 1921. He went to India with the battery in 1919 and commanded it there for two years. In July 1920 he was attached to the Indian Artillery. During 1921 he was a Captain on the staff of the Military Farms Department, but on December 15, 1921 he was transferred to 18 Medium Battery, V Brigade, RGA at Tallaght Camp, near Dublin.

He was serving as a Captain in No. 6 Battery, 2 Training Brigade, Royal Artillery Depot, Woolwich in 1922 and 1923 and in 1922 was 15th in bowling averages in the Royal Artillery cricket club. An excellent squash player, he made it to the finals of the Army Championships in 1926. From August 30, 1923 to August 31, 1927 he was an officer in a Company of Gentleman Cadets at the Royal Military Academy, Woolwich. During the Army Squash Rackets Championship at the Prince’s Club, Knightsbridge from November 29 to December 5, 1926, Captain Christie lost in the finals to G. N. Scott-Chad. He served as Captain, 24 Battery, 27 Field Brigade at Mhow from 1927 to 1930, and at Exeter from 1930 to 1931. 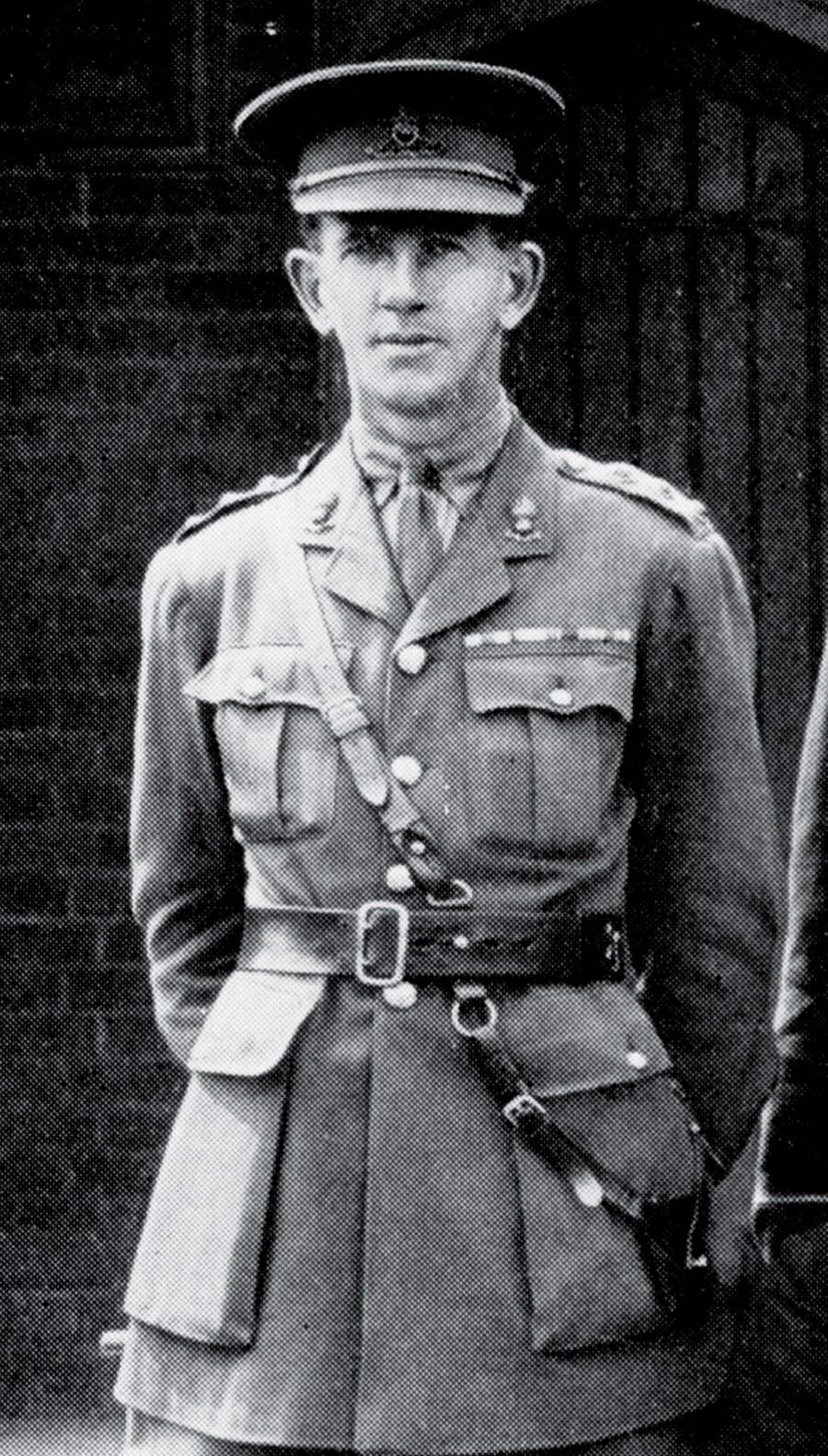 In 1933 Christie was a student at the 25th Gunnery Staff Course at the College of Military Science.  He also played golf for the Royal Artillery and the Army in the mid-1930s. From 1933 to 1934 he served with 1 Anti-Aircraft Brigade, RA and from December 31, 1934 to November 25, 1937 he was an Instructor of Gunnery (Class BB) at the School of Artillery at Larkhill. From 1938 to at least May 1939 he was a Major and Officer Commanding, 4 Heavy Battery, 3 Heavy Brigade, RA at Gibraltar. In 1939 he was serving as Officer Commanding, 6 Anti-Aircraft Militia Depot at Arborfield and on the August 1, 1939 was promoted to Lieutenant Colonel. From September 16, 1939 to July 8, 1940 he served as Chief Gunnery Instructor at the Royal School of Artillery at Larkhill and as an ex-officio member of the Royal Artillery Institution Committee. 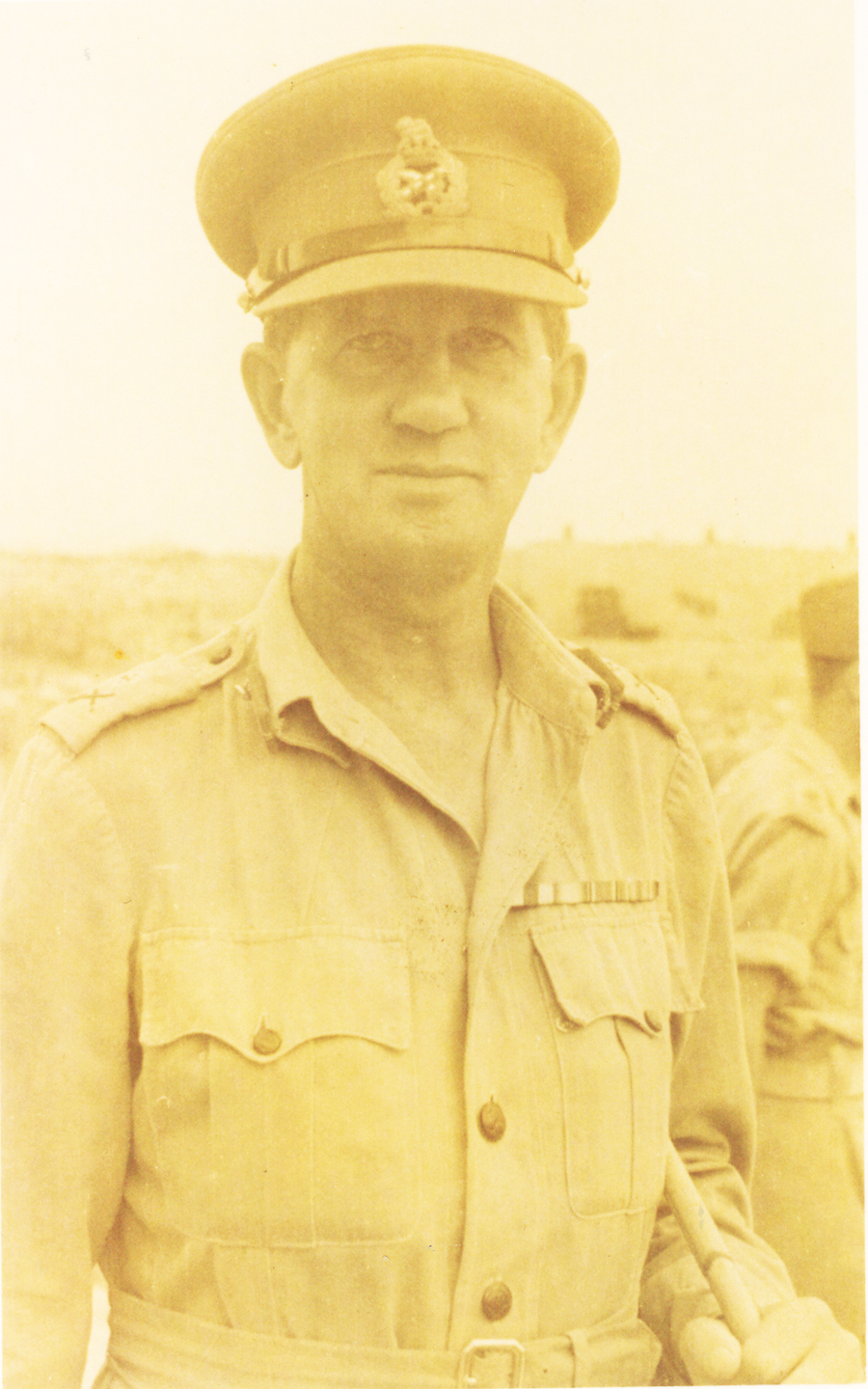 Christie married Dorothy Ethel Casson Walker, the daughter of Sir George Casson Walker, KCSI in 1914 and they had one daughter. Together they wrote numerous plays for the London stage between 1935 and 1954, including Someone at the Door (1935) which ran for 300 nights, Grand National Night (1935), His Excellency (1950), and Carrington, VC (1953), that was made into the film, Court-Martial, in 1955. “Tall, spare and clean shaven, physically much like a character in one of his plays, Christie in social life could pack a punch, and he packed it in wit. 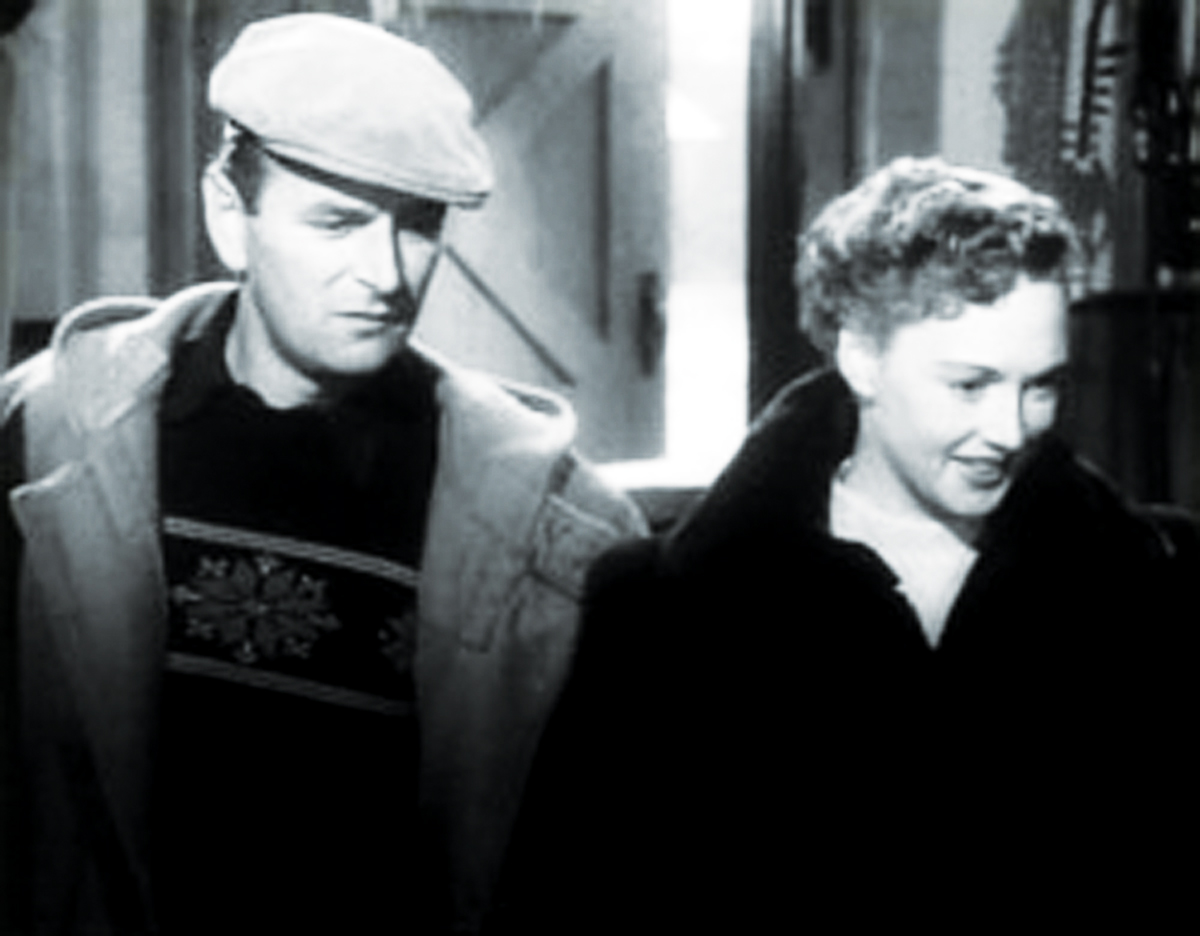 Christie and his wife, Dorothy, leaving the opening of Grand National Night in 1935 (Ancestry).

Christie was found dead in the gas-filled kitchen of his home at West Byfleet, Surrey on June 20, 1962 at the age of 69.  His brother, Colonel Archibald Christie, CMG, DSO was married to Agatha Christie from 1914 to 1926. 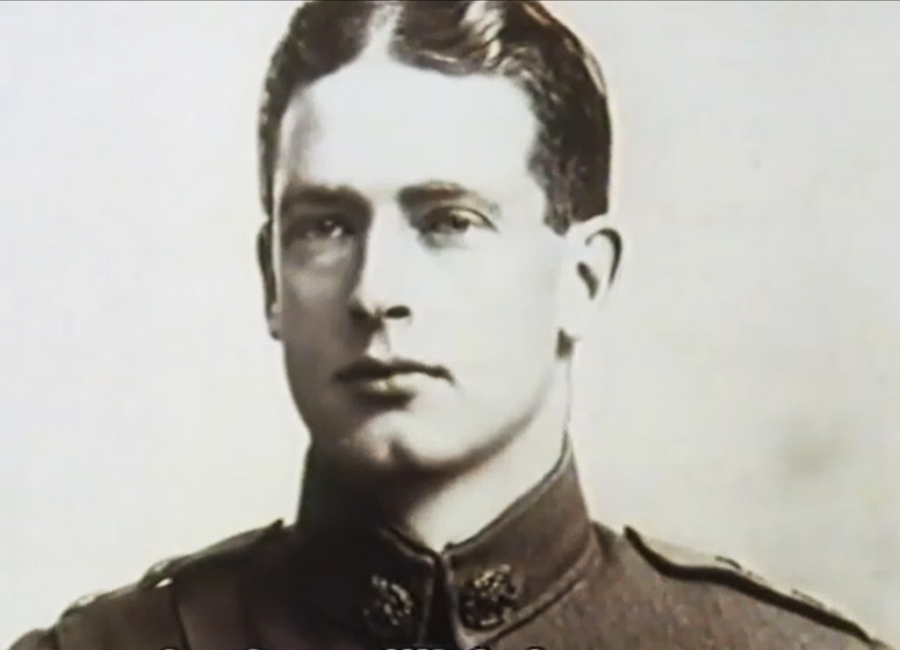 Journal of the Royal Artillery, May 1968

List of Officers who have received commissions in the Royal Regiment of Artillery from June, 1862 to June, 1914, Volume II. Woolwich: Royal Artillery Institution, 1914