Jubilee Commemoration Medal of the Armed Forces Part I 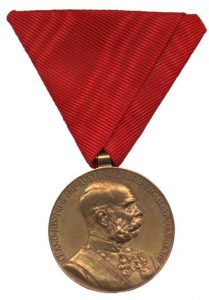 Figure 1: Jubilee Commemoration Medal of the Armed Forces. Image from the author’s archive.

Introduction:
This medal was issued to commemorate the 50th anniversary of the reign of Emperor Franz Joseph I and as a reward for those persons regardless of rank serving in the armed forces or constabulary that met the award requirements.

Reason Issued: To commemorate the 50th anniversary of the reign of Emperor Franz Joseph I and as a reward for those persons regardless of rank serving in the armed forces or constabulary that met the award requirements. Eligible forces were:

· Soldiers serving in Bosnia and Herzegovina

· Reserve officers with one year of good service

· Military Officials with one year of good service

Classes or Types: One, although this medal is closely related to the Jubilee Medal for Civil Service and the Gold Military Jubilee Medal

Design: A round medal with a raised rim and a cylinder-shaped eye. 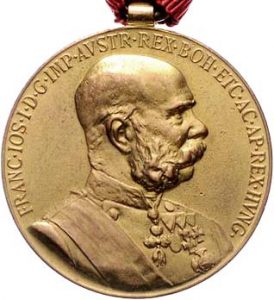 Obverse: A bust of Emperor Franz Joseph I facing to the viewers right in a Field Marshal’s uniform decorated with a grand cordon and awards including the Order of the Golden Fleece. Above the emperor’s head is an inscription which follows the contour of the edge of the medal. The inscription reads FRANC. IOS. I. D. G. IMP. AVSTR. REX BOH.ETC.AC.AP.REX. HVNG. Translation: Franz Joseph I with the Grace of God Emperor of Austria, King of Bohemia Etc. and Apostolic King of Hungary. 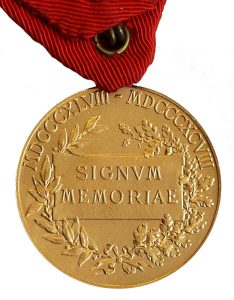 Reverse:  Inside a raised rim is a plain background in the center of which is a rectangular plaque with the inscription SIGNVM MEMORIAE (Commemoration Insignia). The plaque is surrounded with a wreath that is composed of a laurel bough on the viewers left and an oak bough on the right. The wreath is tied at the bottom with a bow. Above the wreath and plaque and following the contour of the upper edge of the medal is inscribed MDCCCXLVIII—MDCCCXCVIII (1848-1898).

Hope you enjoyed this blog. Until nest time when I will continue my description of the Jubilee Commemoration Medal for the Armed Forces, I hope you find joy in our shared interest.