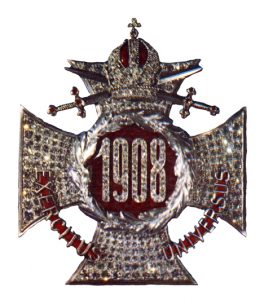 In the history of the Austro-Hungarian Empire there were 11 awards that were issued in jeweled versions. Seven of these awards were authorized by statute, three were awarded at the direction of the emperor even though there was no statutory provision for them and one was issued by the officer corps of the empire to honor the emperor. The six jeweled awards which were authorized by statute were: The Knights Order of the Golden Fleece, Military Maria Theresia Order, the Royal Hungarian St. Stephan Order, the Imperial Austrian Leopold Order, the Order of Franz Joseph and the Military Merit Cross. These jeweled awards were not a special class of the awards noted above but rather constitute a sign of the special esteem or regard the emperor had for the recipient and their service to the empire. These awards were paid for by the emperor out his personal funds and were conferred by him on the recipients. There were four additional awards that were occasionally issued in a jeweled version. These awards were issued in all cases with the exception of one by the emperor without regard for the statutory restrictions. Awards known in this category which were authorized by the emperor are the Officers Military Service Cross, first class as issued from 1890-1918, the Commemoration Badge of the Field-Marshal Archduke Albrecht, issued in 1899 and the Civil Merit Cross in Time of War, issued in 1917. The one jeweled award issued without the express approval of the emperor was the Army Homage Cross, issued in 1908

What follows is the fourth and last of four blogs on the jeweled awards. This blog will describe the jeweled examples of the Officers Military Service Cross, first class, the Commemoration Badge of the Field-Marshal Archduke Albrecht, the Civil Merit Cross in Time of War and the Army Homage Cross.

1. Officers Military Service Cross, first class as issued from 1890-1918 with diamonds. This cross which was issued to commemorate 50 years of military service by officers was authorized to be awarded in diamonds by Emperor Franz Joseph to those who warranted special distinction. The only known recipient was Generaloberst Freidrich Graf von Beck-Rzikowsky. 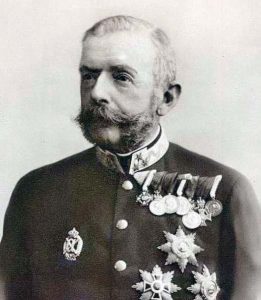 2. The Commemoration Badge of the Field-Marshal Archduke Albrecht. This award that was issued in 1899 to reward those officers and officials, still living, who had served on Archduke Albrecht’s staff. The award was issued on the occasion of the unveiling of a monument to Archduke Albrecht, the victor of Custozza, in Vienna. This award could be granted by the authority of Emperor Franz Joseph to specially deserving individuals in diamonds. It is reported to have been awarded only once. (the image below is of the standard badge as the author does not have an image of a jeweled insignia. If anyone viewing this blog has an image of the jeweled badge I would like to see it.) 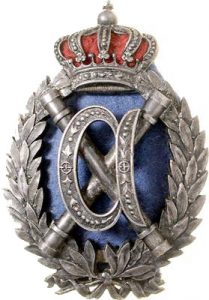 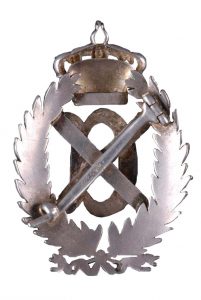 Figure 2A: Commemorative Insignia of the Field-Marshall Archduke Albrecht, reverse. Image courtacy of the Enzo Calabresi

3. The War Cross for Civil Merit, first class. This award was issued once in 1917 in a jeweled version to Kajetan Merey von Kapos-Mere the Plenipotentiary and ambassador to the peace talks in 1917 which took place at Brest-Litowsk. This award was authorized by Emperor Karl. 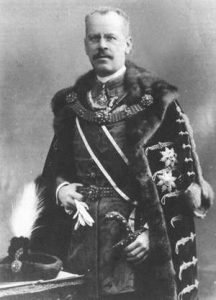 4. The Army Homage Cross. This award which is encrusted in diamonds was issued only once in the year 1908 and in a way which varied from the norm. It was created and issued not by the Austro-Hungarian Empire but by the loyal officers of the Austro-Hungarian armed forces. Rather than being authorized by the emperor it was presented to him by the officer corps of the armed forces as a sign of appreciation and respect on the occasion of the 60th anniversary of the reign of Emperor Franz Joseph. Interestingly I have never seen a picture of the emperor wearing this award. Thus although it was presented to him there is no indication that he ever wore it.