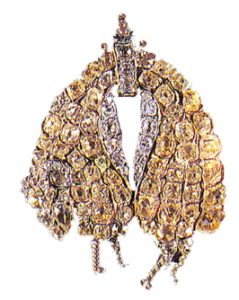 Figure 1: Jeweled Fleece badge, circa 1890, attributed to Robert Duke of Parma. Image from the author’s archive.

In the history of the Austro-Hungarian Empire there were 11 awards that were issued in jeweled versions. Seven of these awards were authorized by statute, three were awarded at the direction of the emperor even though there was no statutory provision for them and one was issued by the officer corps of the empire to honor the emperor. The six jeweled awards which were authorized by statute were: The Knights Order of the Golden Fleece, Military Maria Theresia Order, the Royal Hungarian St. Stephan Order, the Imperial Austrian Leopold Order, the Order of Franz Joseph and the Military Merit Cross. These jeweled awards were not a special class of the awards noted above but rather constitute a sign of the special esteem or regard the emperor had for the recipient and their service to the empire. These awards were paid for by the emperor out his personal funds and were conferred by him on the recipients. There were four additional awards that were occasionally issued in a jeweled version. These awards were issued in all cases with the exception of one by the emperor without regard for the statutory restrictions. Awards known in this category which were authorized by the emperor are the Officers Military Service Cross, first class as issued from 1890-1918, the Commemoration Badge of the Field-Marshal Archduke Albrcht, issued in 1899 and the  Civil Merit Cross in Time of War, issued in 1917. The one jeweled award issued without the express approval of the emperor was the Army Homage Cross, issued in 1908.

What follows is the first of four blogs on the jeweled awards. This blog will describe the jeweled examples of the Order of the Golden Fleece and the Military Maria Theresia Order.

The Knights Order of the Golden Fleece: 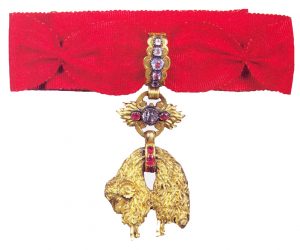 Figure 3: Circa 1765 Fleece of Maximillian II of Bavaria. Image attributed to the Royal Residence Munich

The Knights Order of the Golden Fleece, which was issued from 1431 and which passed into the control of the House of Habsburg in 1477, was often worn by heads of state and other notable personages in jeweled versions, some of which were truly spectacular. A few examples of the many notables who wore jeweled fleece insignia were1. 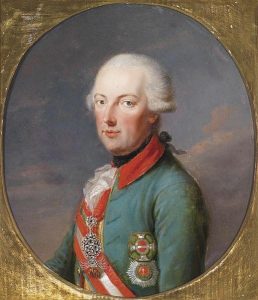 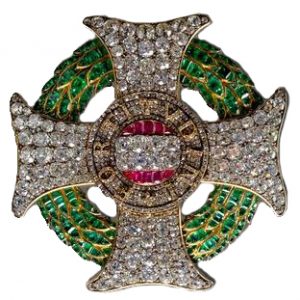 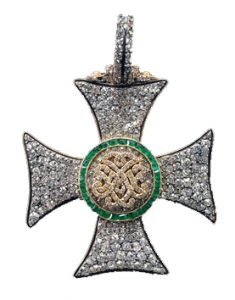 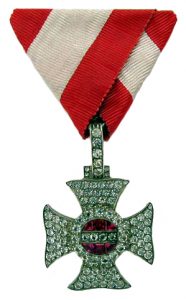 The Military Maria Theresia Order was issued from 1757 until 1931. It was the highest award for gallantry for officers. This award was on rare occasions issued in a jeweled versioin to indicate the high asteem and regard the emperor had for the recipient.

Known Recipients of Awards in Diamonds 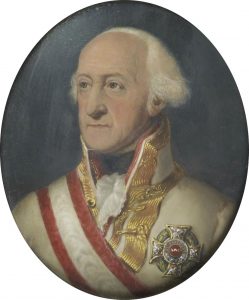 I hope you have enjoyed this blog and I look forward to sharing more information with you about the jeweled awards of the Austrian and Austro-Hungarian Empire.