I recently asked a collector what his next acquisition was likely to be. He responded with ” I would like an interesting Indian Mutiny medal  preferably in a group or with a LSGC, what would you recommend?”  I knew he liked medals to Scottish Regiments and thought about it for a minute and suggested any of the following:

I explained my rationale and left him with a few thoughts on what each had to offer. Although unintentional, these 4 examples would provide a collector who had an interest in medals to Scottish Regiments, with an opportunity to collect an example of each clasp awarded. As I look back, each of these choices could be the topic of a separate blog but let me begin with an overview of the Scottish Regiments and the clasps awarded and then briefly share why I think they are special.

In all 11 of the 16 Scottish Regiments of Foot at the time earned Indian Mutiny medals and in addition to the clasp distribution described above, the regiments listed above together with the 73rd, 74th and 92nd Foot, were awarded 2,423 medals  without a clasp and the remaining Scottish Regiments of Foot, the 1st, 21st, 25th, 26th, and 91st did not participate in the conflict.

The medals issued to the British Army were impressed in serif capitals. Private soldier’s medals did not include the rank and only late issues included a regimental number.

Shortly after distinguishing themselves in the Crimea and memorialized as the Thin Red Line at Balaclava, the regiment were in the thick of things in India. Six Victoria Crosses were awarded to the 93rd for the Relief Of Lucknow and virtually every well known illustration of the Relief of Lucknow and the epic challenges leading up to it at such as breaching the wall at Begum Kothi or the storming of the Secundra Bagh features these kilted warriers. 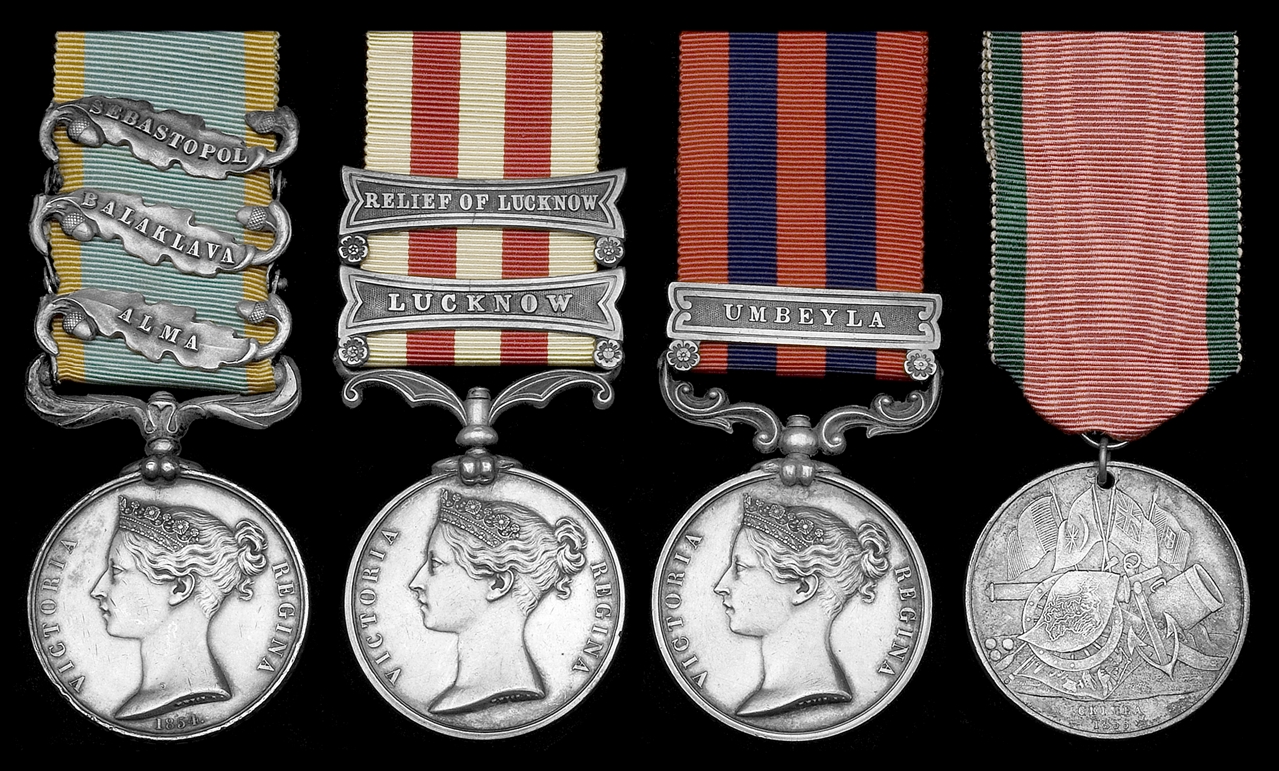 The 78th was involved in the recapture of the town of Cawnpore 50 miles from Lucknow in July 1857 and formed part of the relief force under Havelock, to relieve Lucknow which was accomplished in September. Due to the number of sick and wounded, an evacuation did not take place and the defence of the city was expanded. The relievers themselves were besieged for 6 weeks before being themselves relieved in November 1857. For their defense of Lucknow and gallantry in the Indian Mutiny, eight men of the 78th Highland Regiment were awarded the VC. 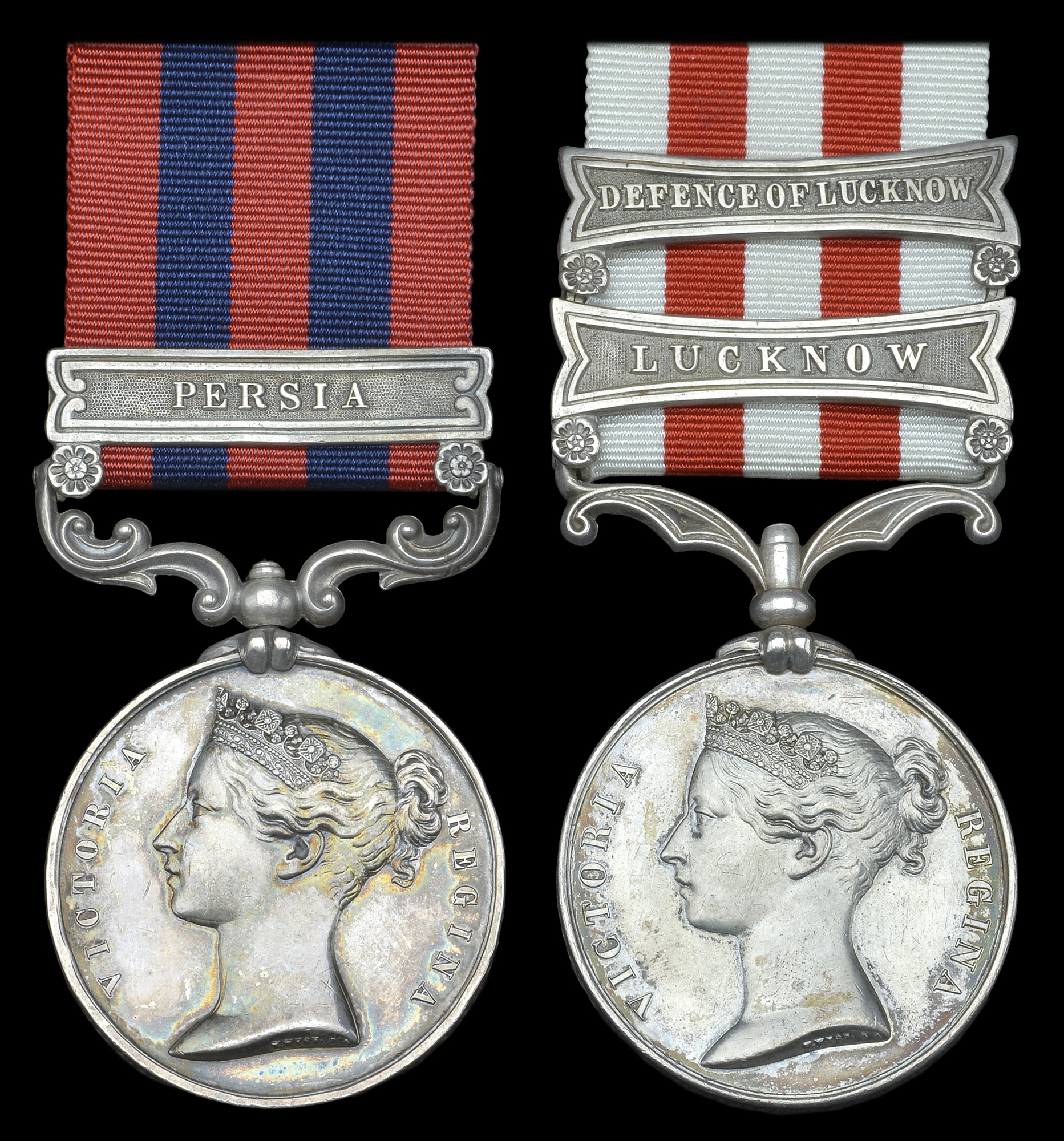 The 75th Regiment, the only non Highland Regiment of this quartet had been in India since 1849 and only 6 days after news had broken out of the mutiny at Meerut, the Regiment was on the march and joined the field force assembled to advance towards Delhi and the garrison of more than 50,000 rebels. The 75th  had a hard fought campaign and suffered more than 270 casualties. Of those, more than 100 casualties were incurred during the Siege at Delhi. Three members of the regiment won the Victoria Cross, each awarded for actions leading up to the Siege at Delhi. 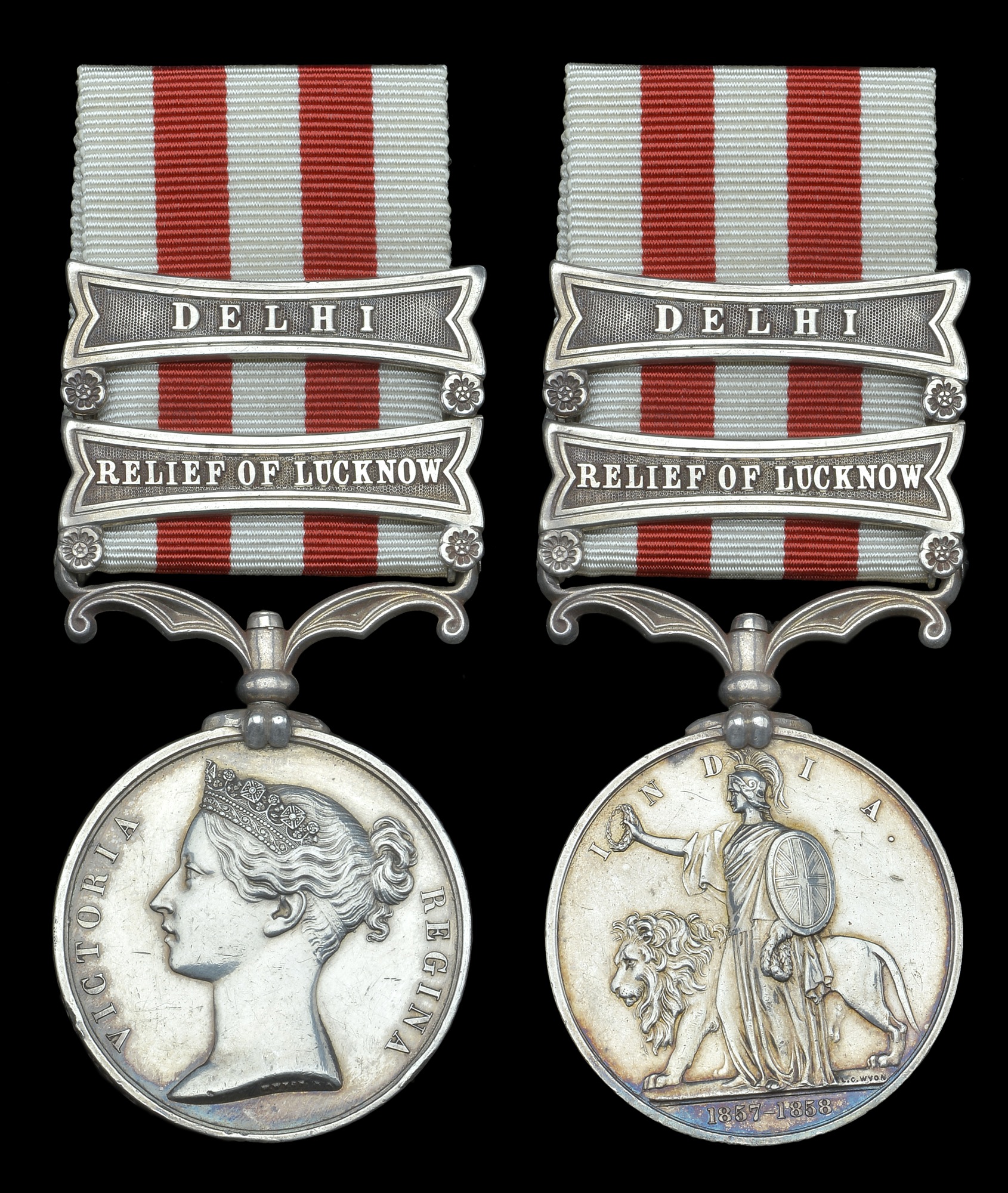 This rounds out the selection by including a medal for the very hard fought campaign involving the pursuit of rebels over an extensive part of the country. A small detachment of the 72nd under Lt. Vesey were mounted on camels and covered 3,000 miles according to one report and although they didn’t stray too far from the column of light cavalry to which they were attached, the image of Highlanders on Camels adds an interesting and colorful dimension to the campaign. 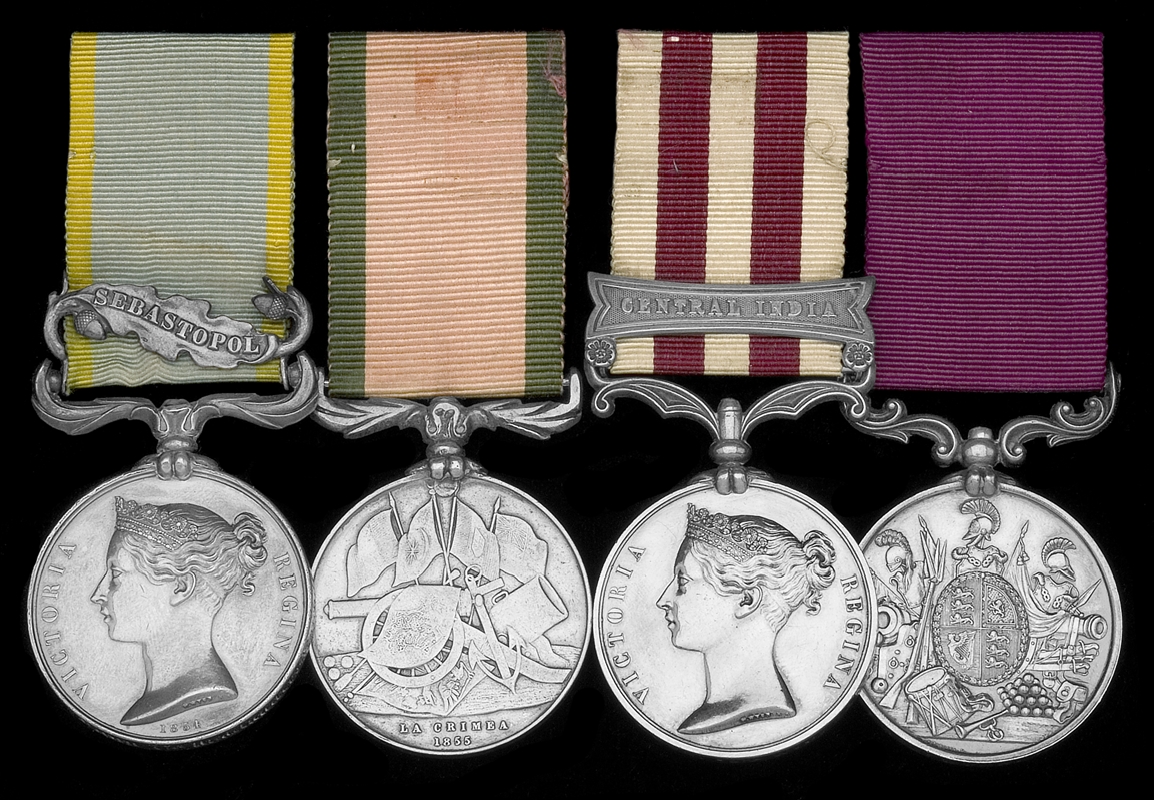 Many of the hard earned medals for this campaign have survived and the provenance of known Indian Mutiny medals can be checked at our online data bases here.
Please follow and like us: