During the “War of the Fifth Coalition” in 1809, Frankfurt was ordered to aid the french troops to fight against Britain and Austria.  The embarkation order to set out for Spain was issued on August 10. 1808. Initially 868 men, called the „1. Bataillon des Regiments von Zweyer“, crossed the Bidassoa river into Spain on October 19, 1808, to fight for 6 years under french command. They were joined to the division Leval as part of the 4th french corps.

The “Honorary medal for the primate’s, later Grand Ducal Frankfurt troops who fought in Spain” was established by the Prince Primate of Frankfurt Carl Theodor in 1809.

Interesting for us medal collectors is the fact that the final version of the first type of this medal took 4 attempts of die making. With the initial three reverse dies cracking, while attempting to coin the ordered silver medals, the Prince Primate had to be informed about the unsuccessful attempts while a silver example was sent for his review. 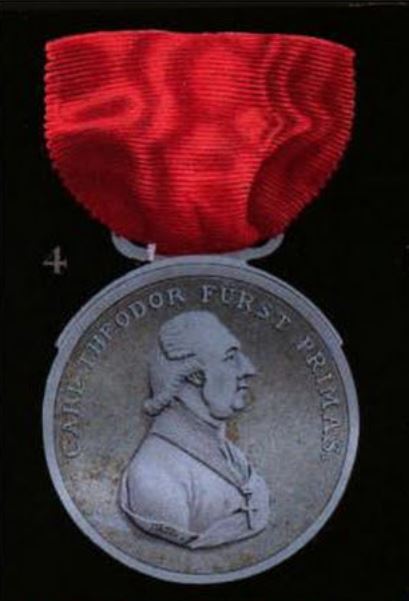 Liking the overall design, he ordered to try for a forth time. Only this last one was used to coin seven gold and 19 silver examples showing the bust of Prince Primate Carl Theodor on the avers including the abbreviation “L’All” for the die maker Conrad Cristian L’Allemand (*1752 in Hanau, +1830 in Frankfurt) of the medal with the inscription: “Carl Theodor Fürst Primas”. 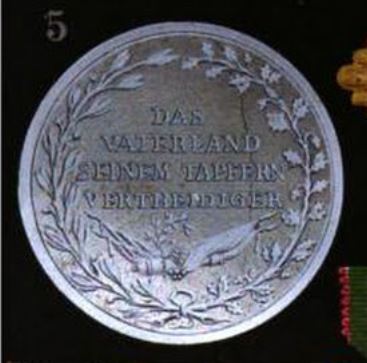 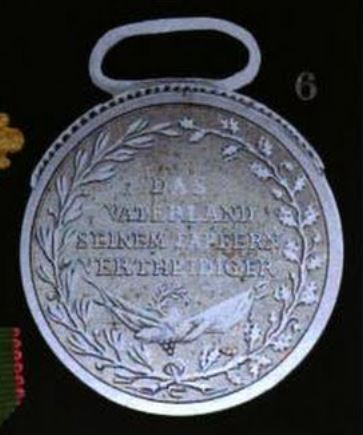 Fig 3: 2nd attempt of reverse for honor medal, fading of the trophies in the bottom, it was attempted to just mending the preceding die, Fig 6 from Tafel II of Archiv für Frankfurts Geschichte und Kunst, Volume 3, Issue 3, 1891 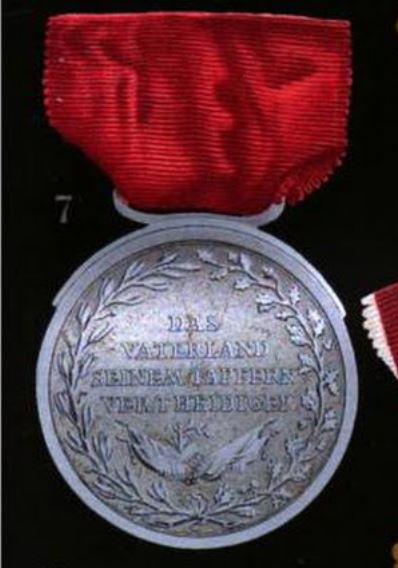 Only 6 golden and 18 silver medals were sent on October 11, 1809, accompanying Lieutenant Rosenstangel to Spain. This leaves one silver medal from the cracked reverse die as well as one example each of the silver and golden medal in Frankfurt. Despite the demand for more medals to be created throughout the continuing war with it’s correspondence between the leadership in Spain and Frankfurt being dragged out, no more medals of this type were coined. However, with additional brave staff being recommended to receive honor medals after creating the grand duchy of Frankfurt on February 16, 1810, the medal had to be redesigned and coined a 5th and final time showing the inscription: ” Carl Grossherzog zu Frankfurt”. This final version shows only the letter “L’ ” (L’Allemant) underneath the bust of the now grand duke. 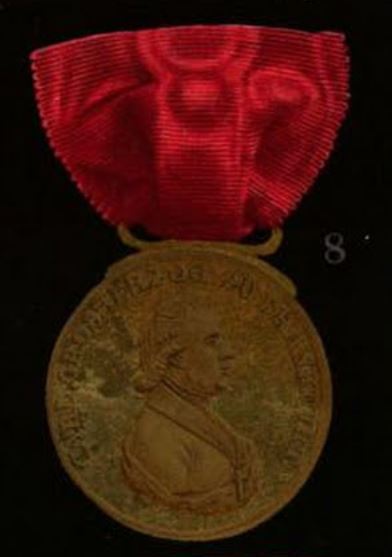 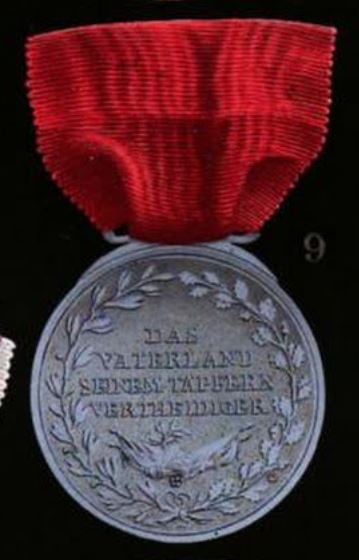 Despite larger demand, only 6 golden and 13 silver medals were produced. Of those, only 2 golden and one silver medal were demonstrably awarded to individuals, with the balance passed on to those who were recommended on earlier dates when returning to Frankfurt February 1814.

In addition to those medals mentioned above, the following count was produced from the die that remained with the town’s coin collection on official approval of the Senate of Frankfurt for collectors:

I would love to see other medals that were awarded during this period for the war in Spain. The detailed recording of those events can be found here: https://books.google.com/books?id=rZUXAQAAMAAJ&printsec=frontcover&source=gbs_ge_summary_r&cad=0#v=onepage&q&f=false