Order decorations from their initial inauguration sometimes look different to what we commonly know. Most collectors have seen the examples that were made in-between 1870 and 1918. Example from the early 19th century are rarely encountered since most order decorations were returned  after the passing of a recipient. Those would be either repaired and reissued or if in a non salvageable state simply destroy for their material value. Design changes would trigger their destruction and replacement.

Finding those early examples is therefore quite difficult. I like to present such an example below. A knight cross of the Brunswick Order of Henry the Lion.

The cross is made from gold and enamel. Other then those “normal” known ones, enameling was done additionally to the Crown and the crowned cyphers in-between the cross arms. The “W” of the cypher only single sided rather then two-sided.

The whole cross is literally constructed in a a much cruder yet intricate way differentiating it in many details from the later ones. One example is the termination of the cross arm tips using rivets disguised within a golden ball.

The firm August Lemme was the very first and official manufacturer of these beautiful order decorations from 1834 to about 1847.

Another major difference for this early knight cross class is the motto within the revers center medallion: “Immota Fides” split into three lines rather then two. 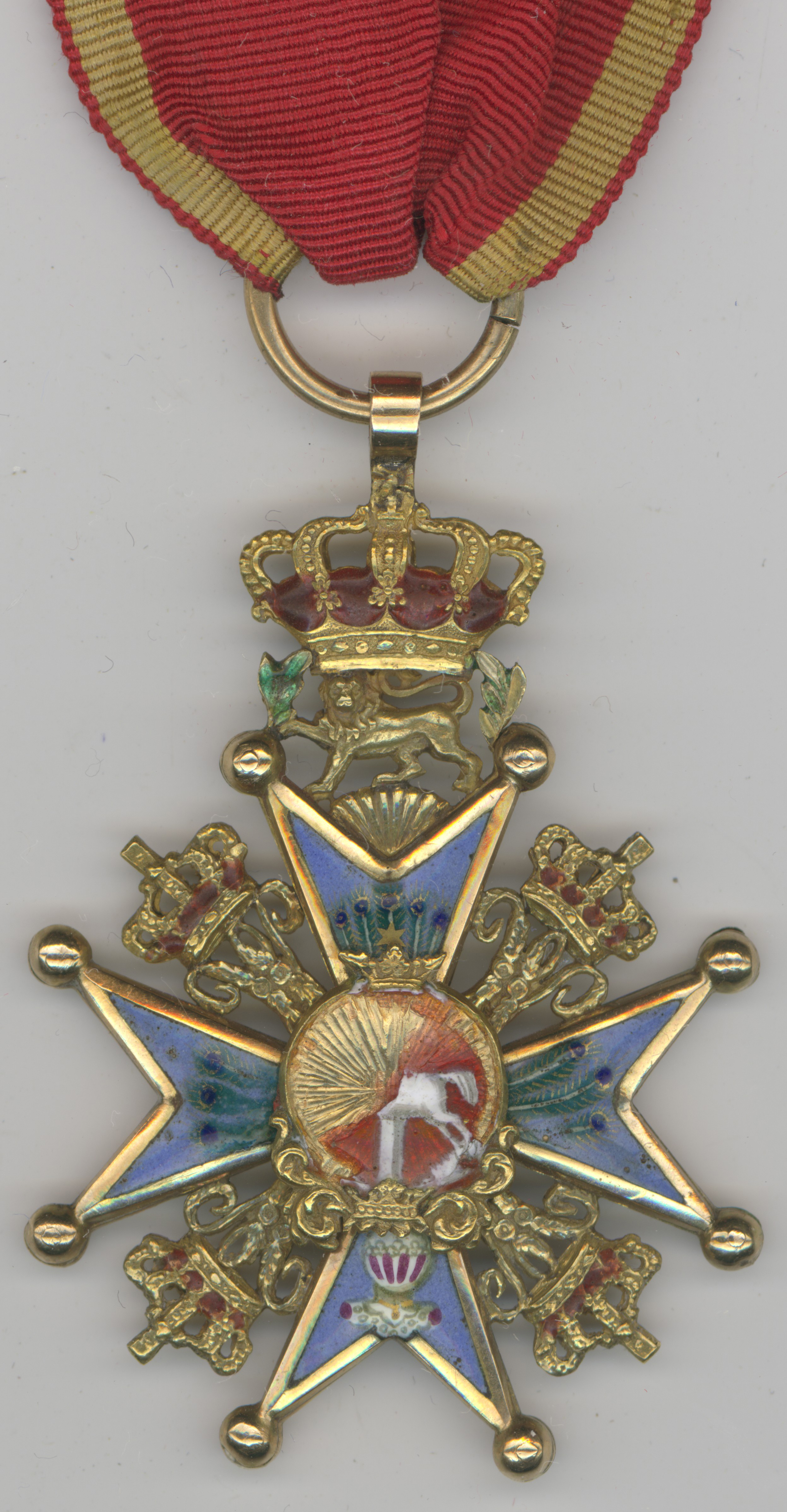 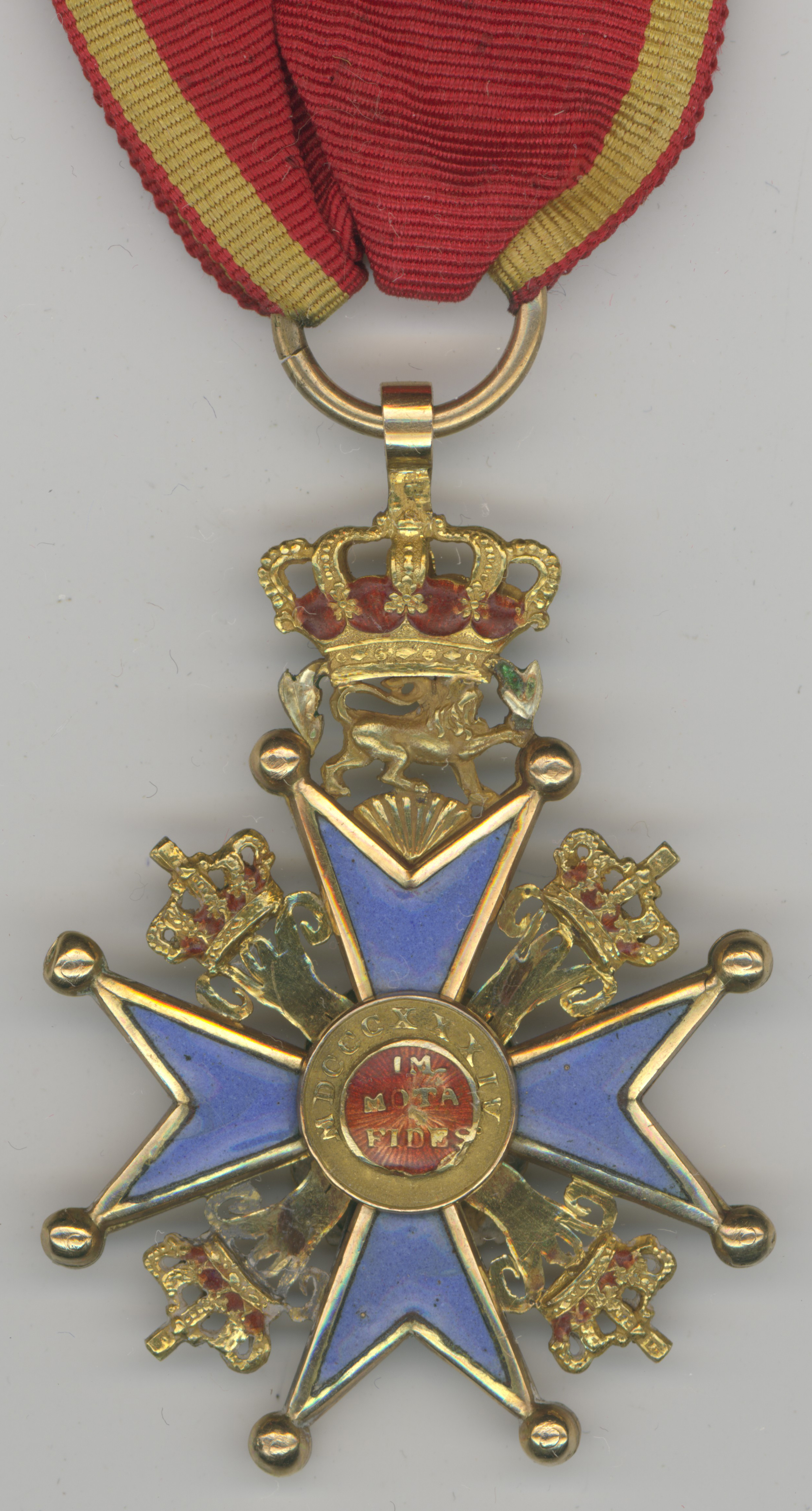