The Great Military Merit Medal (Groß Militärverdienstmedaille), 1916-1917 was established to recognize the highest achievement in time of war or to reward outstanding service in piece.  This service was required to be greater than that recognized by the Silver Military Merit Medal but not warranting the award of a high order.  It was intended for high-ranking officers (Regimental commanders and above) and other notable persons in the society. The award was never, in practice issued for piece time service as the award was discontinued with the fall of the empire at the conclusion of WWI.

Number Issued: 30 medals were issued, 4 with second award bars and 14 with swords. Only 2 of the 30 medals issued were to persons below the rank of general: Gottfried Banfield and Hermann Pokorny

With swords and second award bar: 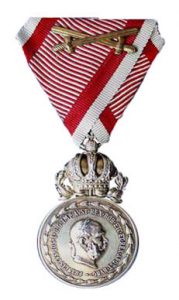 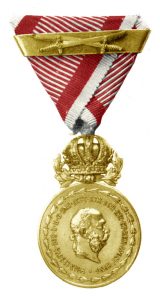 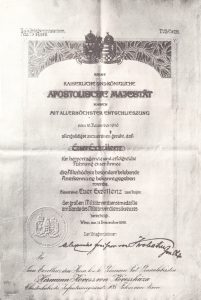 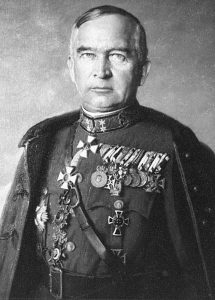 Figure 6: Oberstleutnant Hermann Pokorny wearing the Great Military Merit Medal with swords
(Pokorny is one of only two persons below the rank of general to be awarded this decoration). Image form the author’s archive.

Hope you enjoyed this blog. Until next time