Design: An oval medal with an attached handle shaped eye

Obverse: On a plain field is the bust of Emperor Franz Joseph I in a Colonels uniform, (regimental commander) facing to the viewers right and wearing an overcoat. Around his neck can be seen the badge of the order of the Golden Fleece. Behind his neck is a small oval Habsburg coat of arms surmounted by the imperial crown. In front of the bust at chest height is the inscription FRANZ. JOSEPH I. On the lower edge of the medal is the name of the engraver, Breithut Fec (Peter Breithut)

Reverse:  A plain background in the center of which is an inscription in 6 lines: DER/ INHABER/ SEINEM/DRAGONER REGIMENTE NR.11/ 1848-1898. Translation: The proprietor of his Dragoon Regiment Number 11 1848-1898.  Around the inscription is an oval wreath composed of two boughs tied at the bottom with a ribbon. On the viewers left is a bough of laurel and on the right one of oak.

· The presentation medals were in gold

· Medals for everyday use were gilt bronze

Ribbon: This medal was suspended from special presentation bugle by means of a 100 mm long and 50 cm wide Ponceau (Poppy) red ribbon folded into a bow. 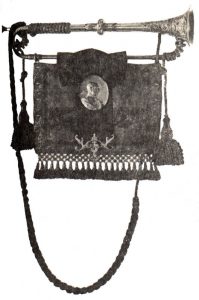 Figure 3: Bugle on which the Golden Proprietor’s Jubilee Flag Medal for His Dragoon Regiment Number 11 is suspended. Image from the author’s archive.

Attachments: At the bottom of the ribbon attaching the medal to the bugle is a golden shield with the intricate initials “FJO” behind crossed oak boughs