This group of unusual items was found in the archives of the now defunct French order and medal manufacturer M. Delande of Paris.  Although I am not certain of the exact years that Delande was in business, they were certainly in business during the first few decades of the 20th Century.  These items however appear to be older (probably pre-1850) and may have been acquired by Delande from an earlier jeweler that had gone out of business.

Included in the packet was also a small copper plate coated with fired enamel.  This small plaque was hand-painted with renditions of the obverse and reverse centers of the Bavarian Military Max Joseph Order in approximately the size of centers used for a Grand Cross of the Order.  The reverse of the plaque is labelled “Ordre Militaire/ de Baviere”.

These items were found wrapped in paper labelled “Baviere/ Ordre Militaire de/ Maximilien Joseph”.  Also found inside was a small pencil drawing of the body of a cross of the Order. 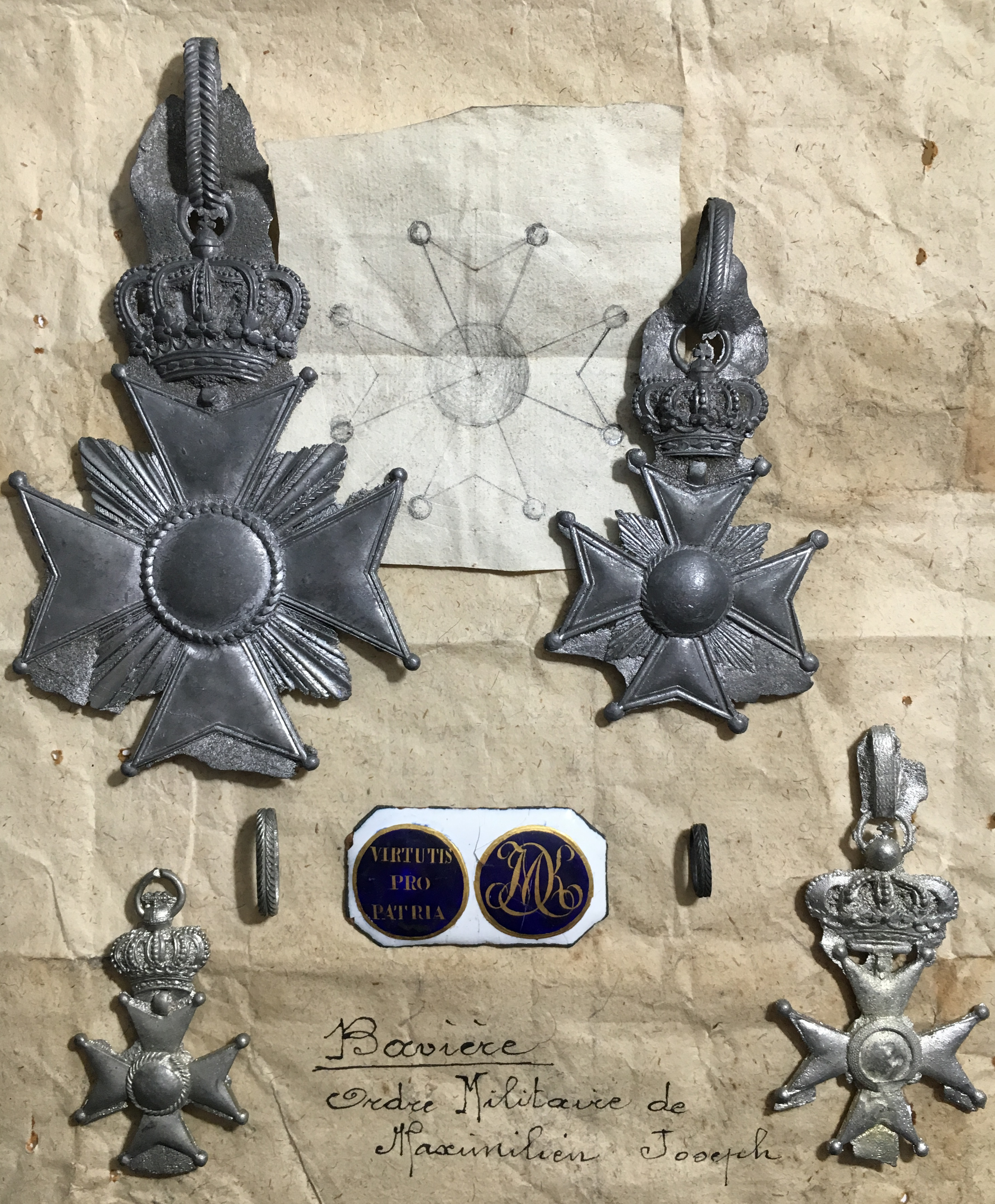 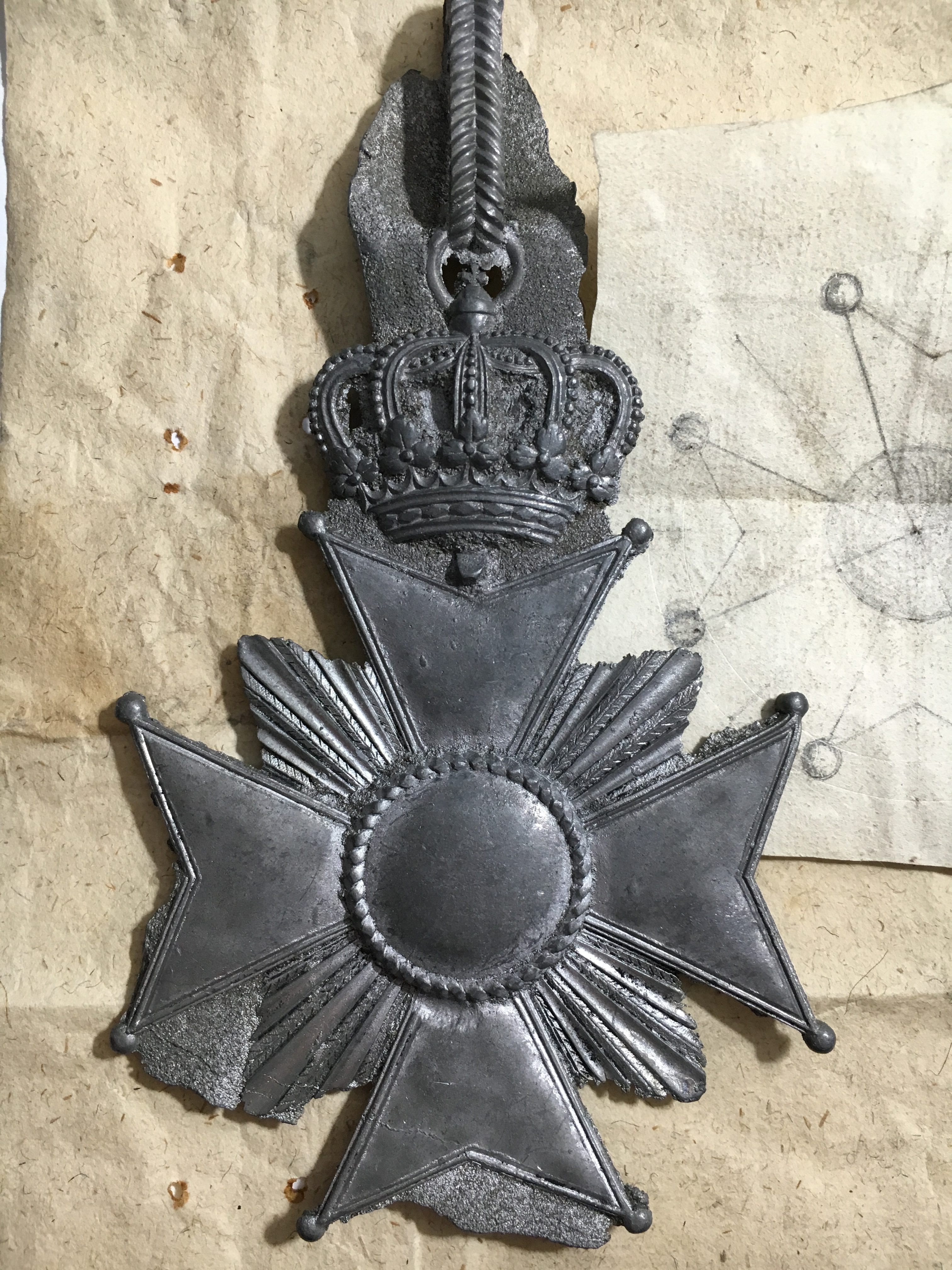 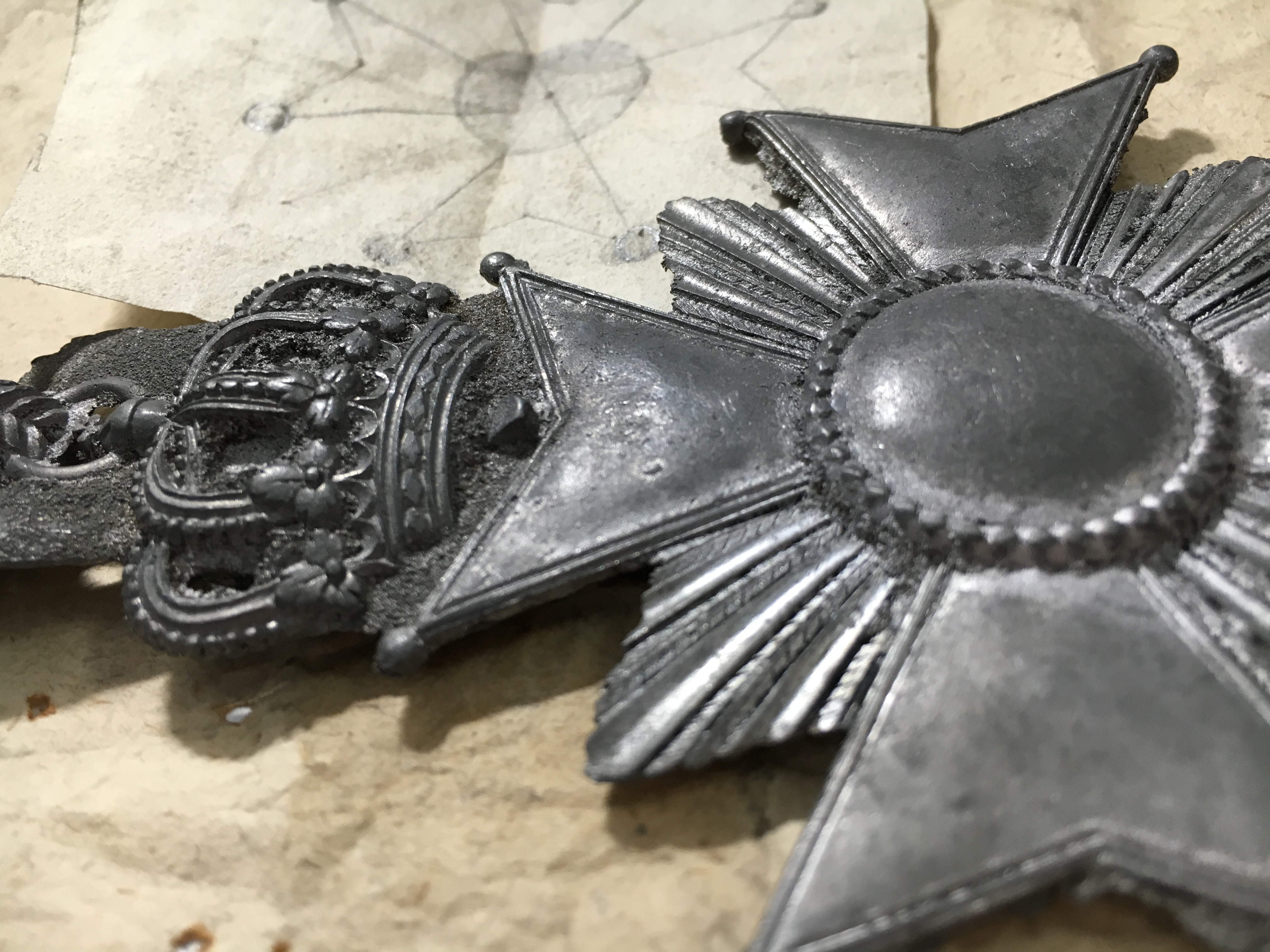 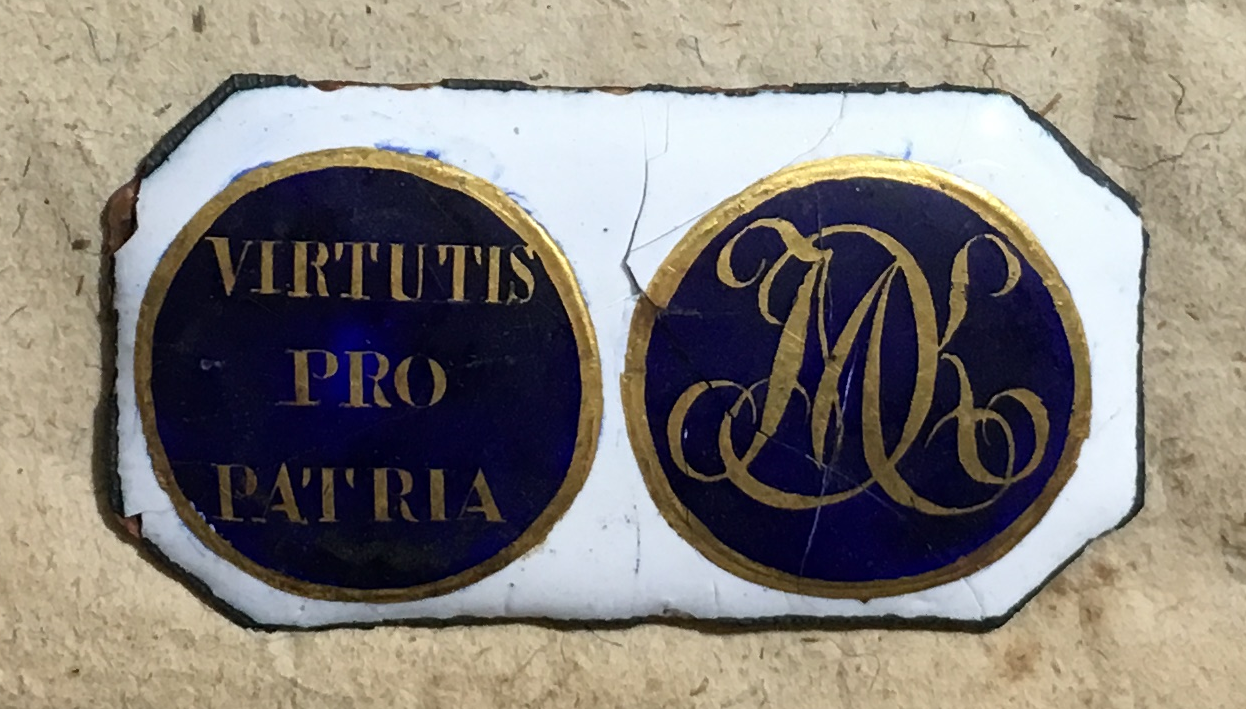 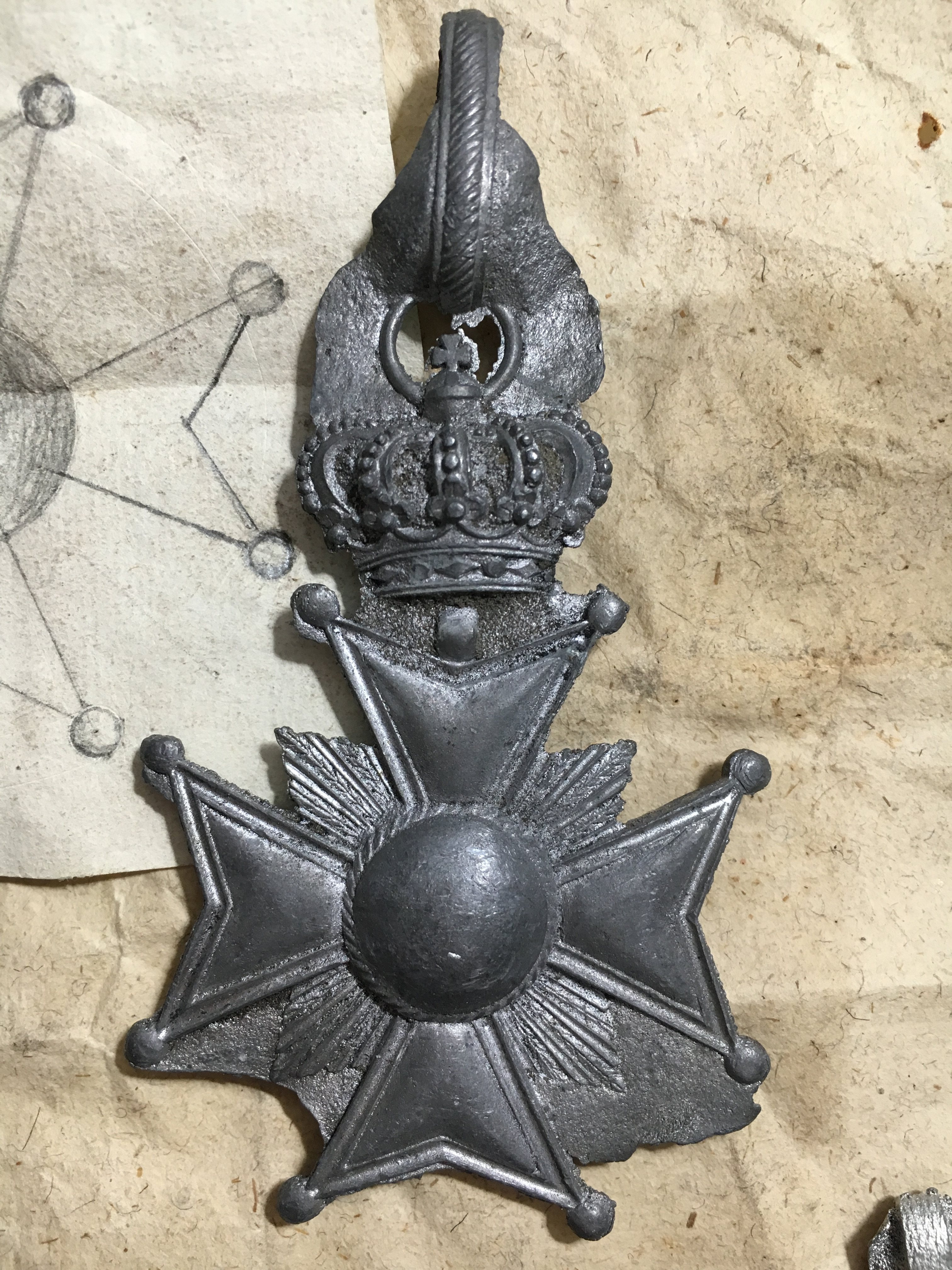 In order to design and manufacture an example of an order, a jeweler of this era only had printed hand-colored plates from books to guide them.  These often lacked significant detail. 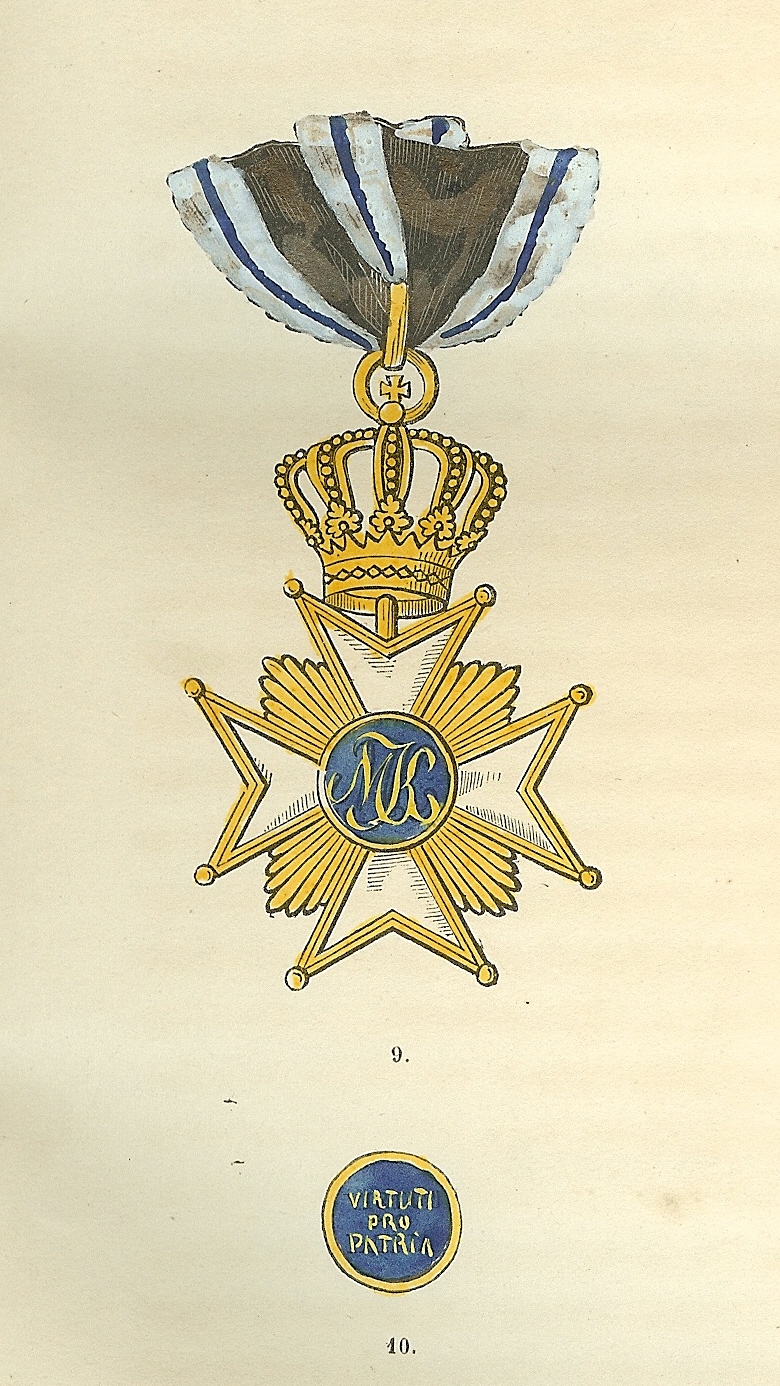 It would therefore seem that castings such as these would have provided a jeweler with a three-dimensional model to assist them in making a piece for a customer.  Details such a size, thickness, and three-dimensional contours could be ascertained from a casting to assist in the design and manufacturing process.  I would therefore surmise that the appropriate term for these items might be “pattern” due to how there were probably utilized.  The enameled copper plate with the center details would have been used as a standard to manufacture centers for pieces.  Such a hand-painted fired enamel technique was often used to make centers for period replacement pieces, and surviving examples are known.  It is interesting to note that the depiction of the reverse motto on the plaque contains an error.  The proper motto for the Order is “VIRTUTI PRO PATRIA” and not “VIRTUTIS PRO PATRIA” as seen on this example.  I wonder if there are examples of Orders made from this template that exist with this error.  I have not yet seen such an example however.

Thank you for your interest. Comments are welcome.  If anyone has further insight into early manufacturing processes, or ideas regarding these items, please feel free to share them.