Egypt medals to the RN with clasp for Gemaizah 1888

The Egypt medal was issued with 13 clasps covering engagements from 1882-1889 and the Royal Navy and Royal Marines played a part throughout the prolonged conflicts and earned all but the Toski 1889 clasp as a result. In this series of blogs about Victorian medals to the RN/RM, I am addressing a rather rare clasp for which only 182 clasps were awarded to the RN/RM and that would be “Gemaizah 1888”

The medals were awarded to a small number of men aboard HMS Racer and HMS Starling and the majority of medals are named to those ships. In some cases, members of the crew had served in the region prior to the battle of Gemaizah and had been awarded an Egypt medal and in some cases, with clasp(s) for earlier service.

The medal rolls for Egypt are somewhat complex in that individual rolls exist for periods and groups of clasps. To understand the full entitlement one must often consult several rolls. If an earlier medal was earned, it was expected to be returned and refitted with an additional clasp and as a result, although most medals with the Gemaizah clasp are named to the ships that qualified for the clasp, about 30% are named to different ships as a result of prior service. A summary of awards is set out in the table below:

A clasp roll has been created from the roll compiled by Captain K.J. Douglas-Morris, R.N. and published by J.B Hayward & Son in April 1973 and is reproduced here with the express permission of Mr. Hayward.

In my opinion, the medals named to men aboard ships other that Racer and Starling are the most interesting in that the memorialize more than one qualifying event and in some cases the events could be many years apart. The example pictured to the right is in the author’s collection and shows the clasp on a dated medal. The medal was named to HMS Inconstant for service in 1882 and the clasp was awarded for service on HMS Racer more than 6 years later. During the 6 year absence, the mariner served on several ships before finding himself back at Suakin and participating in the extended conflict. 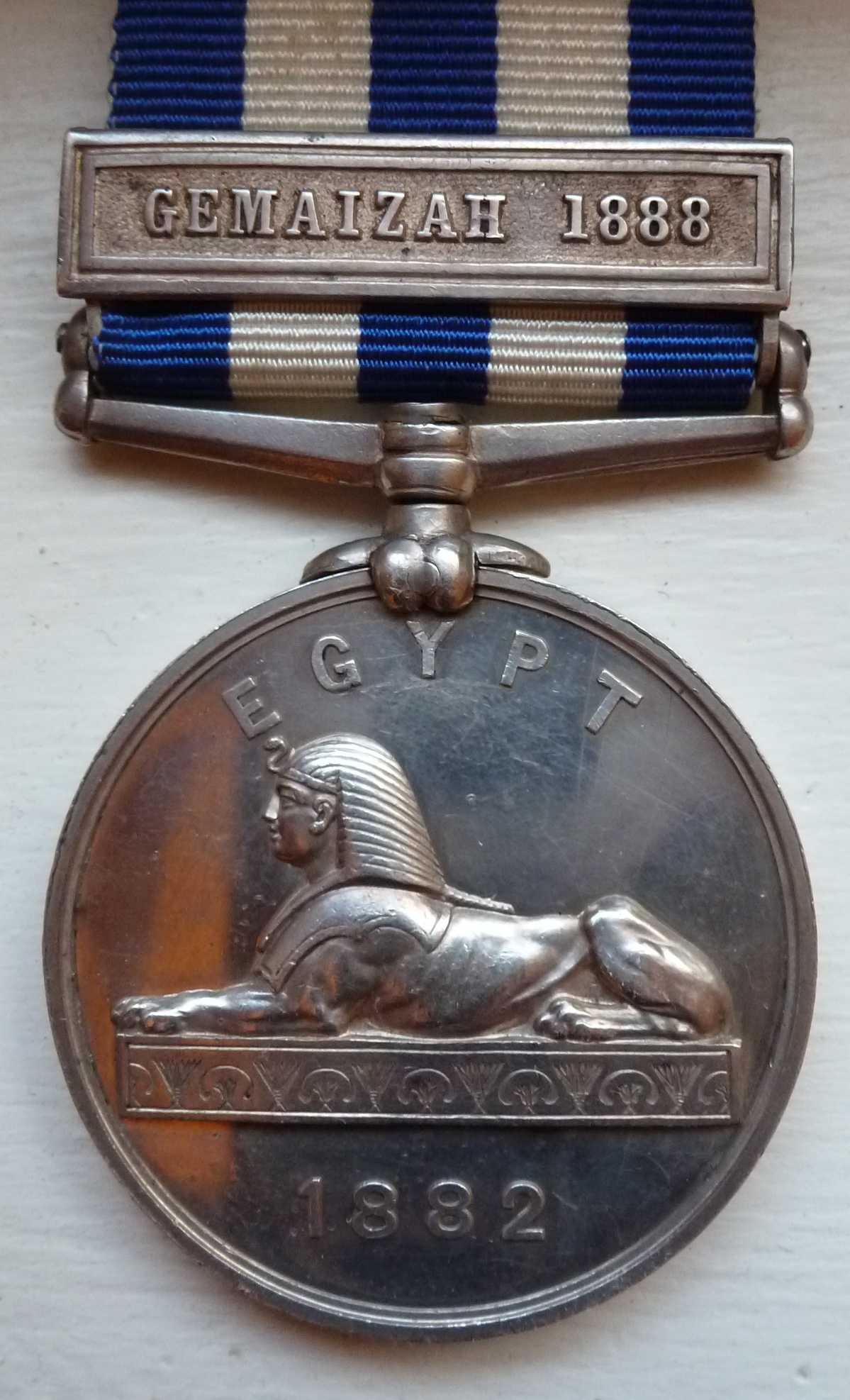 The Admiralty Rolls for clasps are available electronically and are free to download from the National Archives site. The reference numbers of the specific clasps are set out in the following table:

By late 1888, the Dervish forces continued to amass around Suakin and the Egyptian forces were in danger of being overwhelmed. British reinforcements arrived in November and the  battle which is sometimes referred to as the battle of Suakin took place  on December 20,  1888. It was more of a slaughter than a battle with casualties on the British/Egyptian side amounting to 12 versus the estimated 1,000 Dervish casualties after a mere 90 minutes. The ships HMS Racer and HMS Starling shelled the enemy’s trenches and wells. 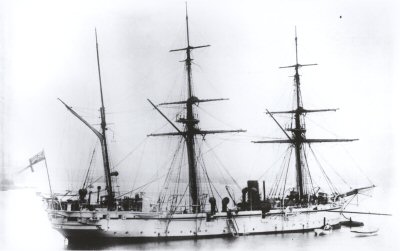 HMS Racer was a mariner class composite screw vessel built at Devonport for a cost of £37,000 and commissioned in 1885. She had a a displacement of 970 tons, a complement of about 125 men and carried 8 guns. Prior to and subsequent to serving in the Sudan, she was at Sierra Leone and the west coast of Africa and some of her crew earned the East and West Africa medal. She later became a salvage vessel as part of the Royal Fleet Auxiliary 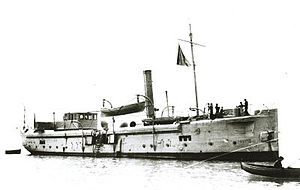 HMS Starling was a 4-gun, composite screw gunboat. She was built by Samuda of Poplar, launched in 1882, displacing 465 tons and was armed with 2 x 64pdr and 2 x 20pdr guns. She was one of eleven Banterer-class gunboats  built for the Royal Navy between 1880 and 1882.
Please follow and like us: