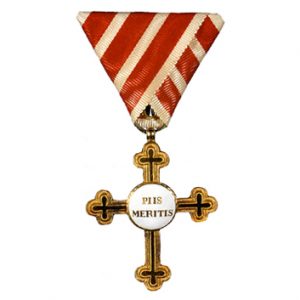 Figure 1: Ecclesiastic Cross in gold on Combatant ribbon. Image from the author’s archive 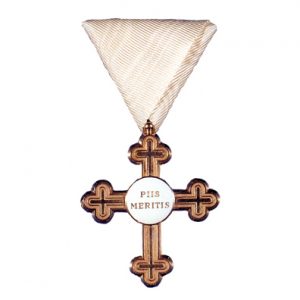 Figure 2: Ecclesiastic Cross in gold on Non-combatant ribbon. Image from the author’s archive

The Ecclesiastic Merit Cross was issued from 1801 to the end of the empire in 1918.  They were issued to recognize distinguished wartime service by military Field Chaplains which involved personal sacrifice and or bravery while ministering to the troops under fire or at the front. During the period in which these crosses were issued they went through a number of changes. This blog will continue the discussion of the crosses issued from 1859 until the end of the empire in 1918.

Attachments:  On December 13, 1916 bronze gilt crossed swords were authorized to be worn on the combatant ribbon of this cross when warranted. 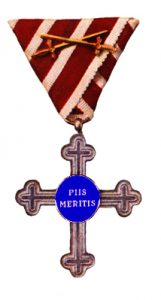 Miniature: miniatures of this cross are known to exist. 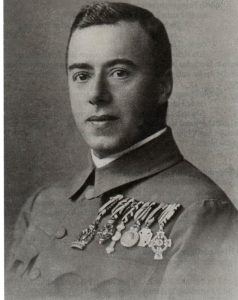 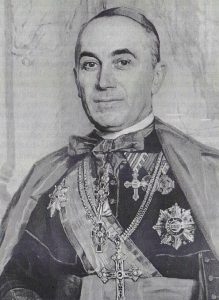 I hope you have enjoyed the second part of the discussion of the Ecclesiastic crosses as issued from 1859-1917. Until next time I hope you continue to enjoy the fascinating study of orders, medals and decorations.