Crimean medals to the Royal Navy with impressed naming 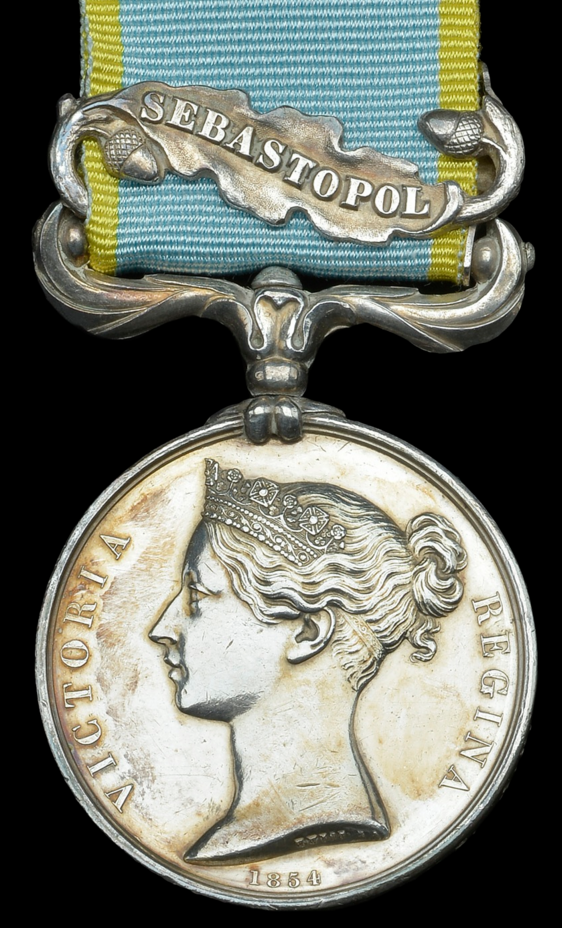 The fact that most British medals are named to the recipient provides the collector with an opportunity to research “the man behind the medal” without any lingering doubts as to the authenticity and provenance of a medal in a collection.

Sadly many Victorian medals to the Navy were issued unnamed and in general the Crimea medal (1854-56) falls in to this category. Crimean medals were for the most part issued unnamed to both land and sea forces primarily as a result of Queen Victoria’s desire to have the medals dispatched to the armed forces as soon as possible. As a general rule, subsets of medals were officially named and those included medals issued to the next of kin of those killed in action and those who, died of wounds or disease as well as those that were returned to the mint to be subsequently named.

The general rule was that medals sent out to the Crimea were issued unnamed and those to be delivered to officers and men at home were to be officially named.

A large order of medals from the Admiralty was placed with the mint in November 1855 and the medals were to be dispatched unnamed to the Crimea. At this time however, it was known that 5 ships would have left the war zone by the time the medals would arrive and preparations were put in place for them to be named and presented to the crews upon their arrival in England.

Crimean medals to the navy with impressed naming most commonly feature the single Sebastopol clasp (c75%). The balance have two clasps; Sebastopol and Inkermann or Sebastopol and Balaklava (primarily RM on LONDON) There are also several medals identified on the rolls as having the Azoff clasp.

Slightly less than 2,000 Impressed medals in total were issued to the 4 ships and the survival rate as indicated in the table below is less than comparable results for other Victorian campaign medals. I speculate that this due to the vast quantities of Crimea medals issued and the lack of ship details in the naming which lead to the medals not attracting much attention in dealer or auction catalogues. As a comparison, sightings of NGS medals exceed 30% and Waterloo medals to British cavalry have a likely survival rate in excess of 25% based on recordings of medals appearing at auctions or in Museums.

Since writing this blog, Peter L. has done his magic and posted a list of known impressed medals to these ships. It can be found here

HMS RODNEY launched in 1833 is pictured below as one of the ships featured in the 1936 John Player & Sons Old Naval Prints Cigarette card series. 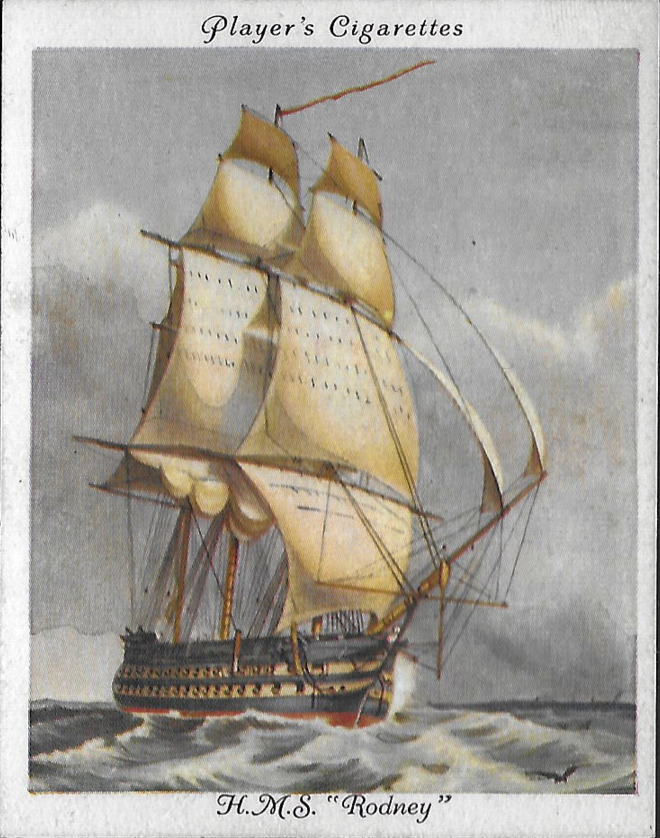 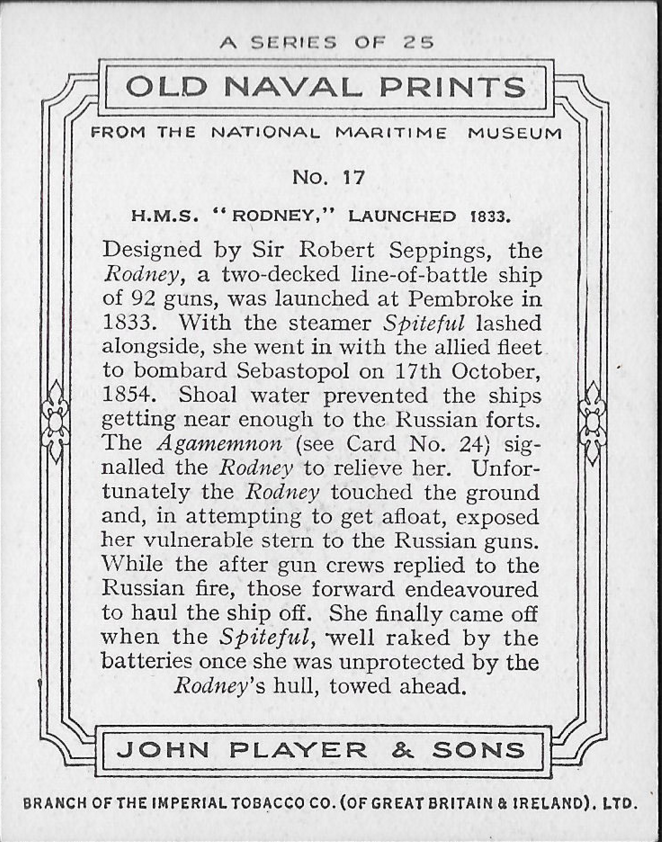 HMS NIGER launched in 1846 was intended as a sailing sloop but was converted to a screw propulsion corvette in 1852. She carried 14 guns.

The impressed naming is in the style of the NGS/MGS and an example of the naming to a sailor on HMS RODNEY is shown below: