They had two (2) sons Hans and Bernard.  When the War began in 1914 Dr. Veith was too old for conscription and his oldest son Hans was too young to be conscripted.  They both enlisted and were reportedly the oldest and youngest members of their regiment.  At the start of the War Dr. Veith held the rank of Stabarzt, he was later promoted to the rank of Oberstabarzt.  During the War Dr. Veith had opportunities to be assigned to rear-area hospitals, but chose to stay stationed near the front lines. 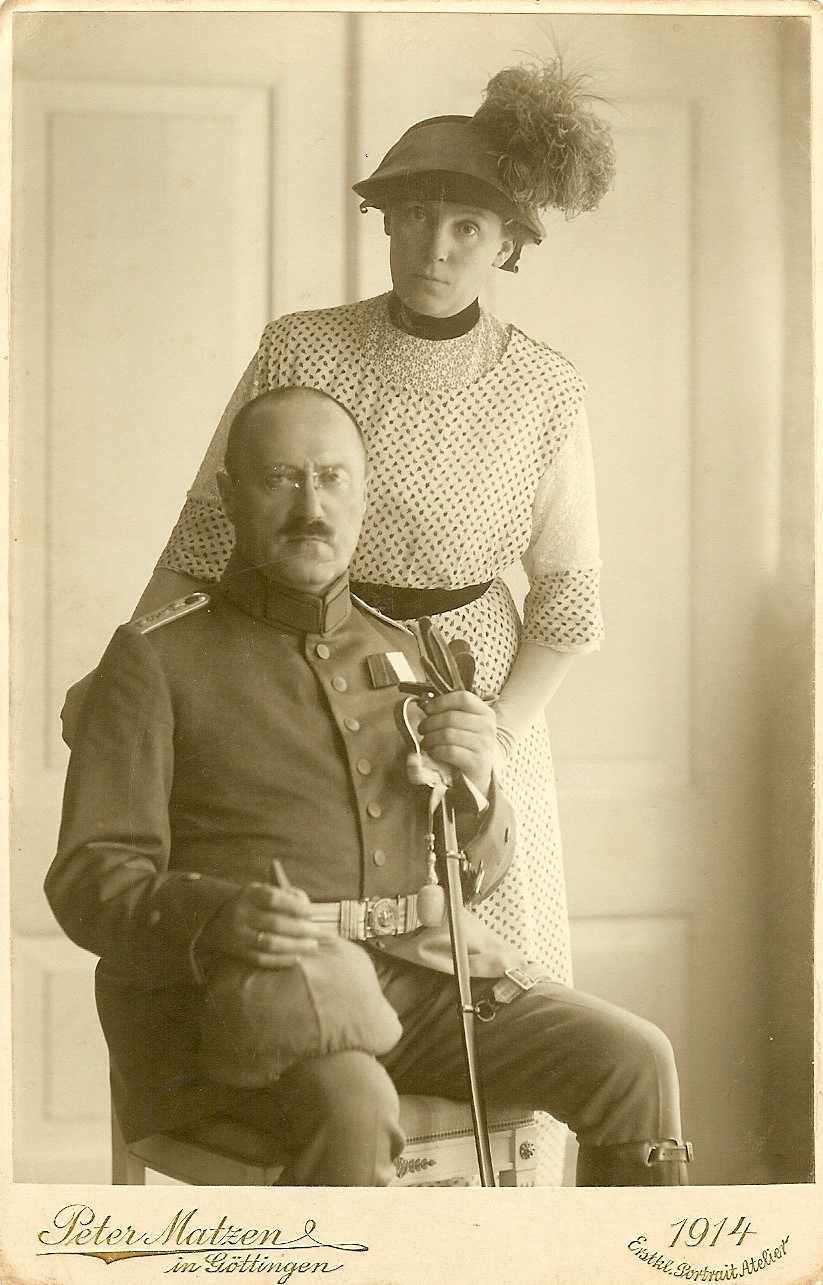 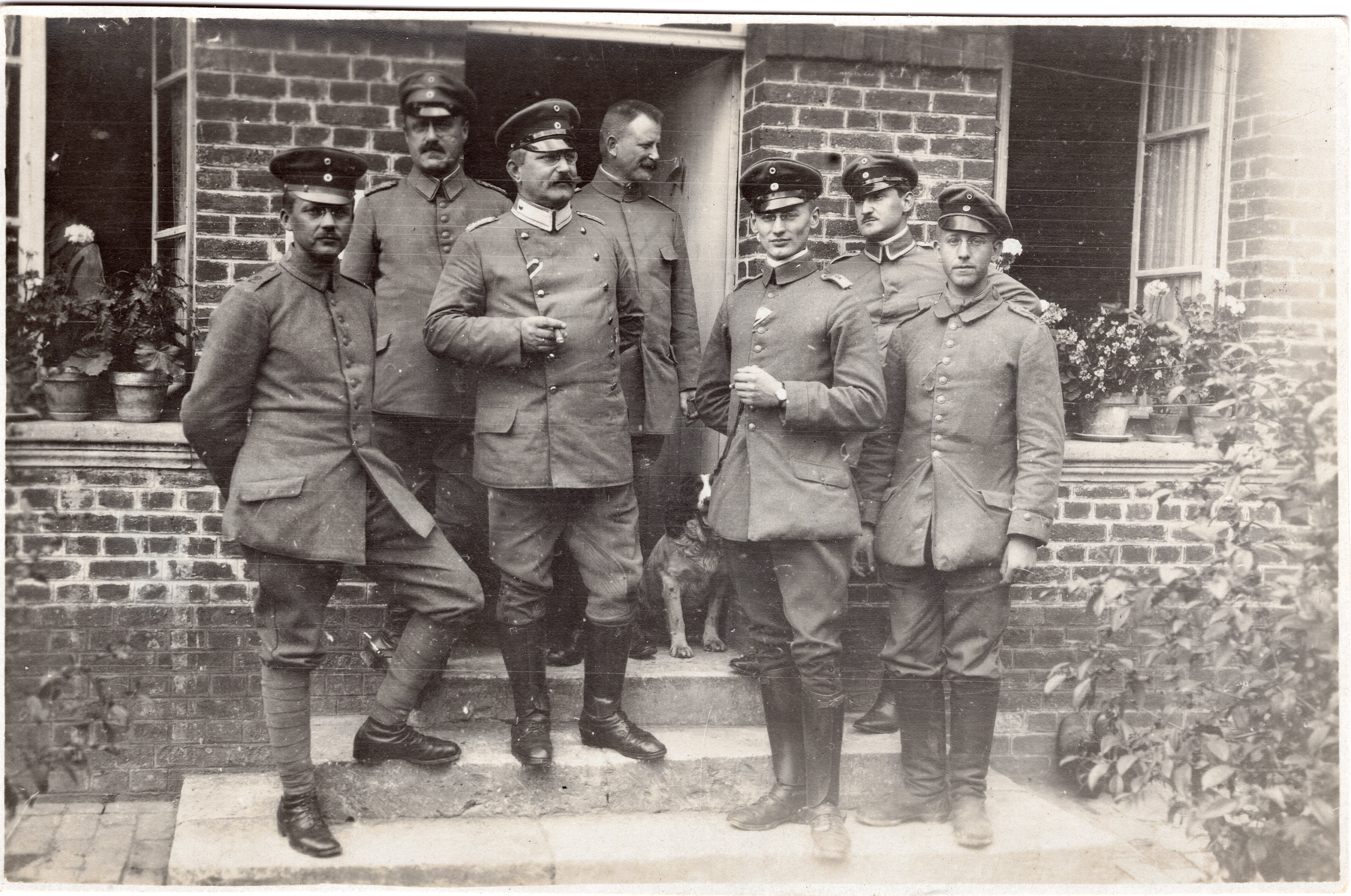 Figure 2-Oberstabarzt der Reserve Dr. Julius Veith (2nd from the left) with other Officers and NCO’s.  The unidentified Officer standing in front of Dr. Veith is wearing a Bavarian Military Max Joseph Order or Bavarian Military Medical Order ribbon in his buttonhole. Image from author’s archive.

Dr. Julius Veith was awarded the Bavarian Military Medical Order 2nd Class on August 26, 1916 for earlier actions in May and June of 1916:

A rough translation into English:

Senior Staff Physician of the Reserve of the Bavarian Reserve Infantry Regiment 2. In peace Medical Counsellor in Göttingen. Born June 15, 1868 in Grötzingen in Baden.

Senior Staff Physician of the Reserve Dr. Julius Veith of the Bavarian Reserve Infantry Regiment 2 distinguished himself during the fighting at Arras, far exceeding the limits of duty in the night of 7th to 8th of May 1916 and in the night of the 4th to 5th of June 1916, volunteered to help in the front line, and in enemy artillery – and infantry fire under difficult circumstances, and under great personal danger, cared for and rescued the wounded.

As seen in the photo below, Dr. Veith was also awarded the Prussian Iron Cross 1st Class and the Wound Badge in Black for one (1) or two (2) wounds.  He is also wearing the ribbons for the Bavarian Military Medical Order (2nd Class), Bavarian Military Merit Order (3rd Class with Swords), and the Prussian Iron Cross 2nd Class in his 2nd buttonhole. 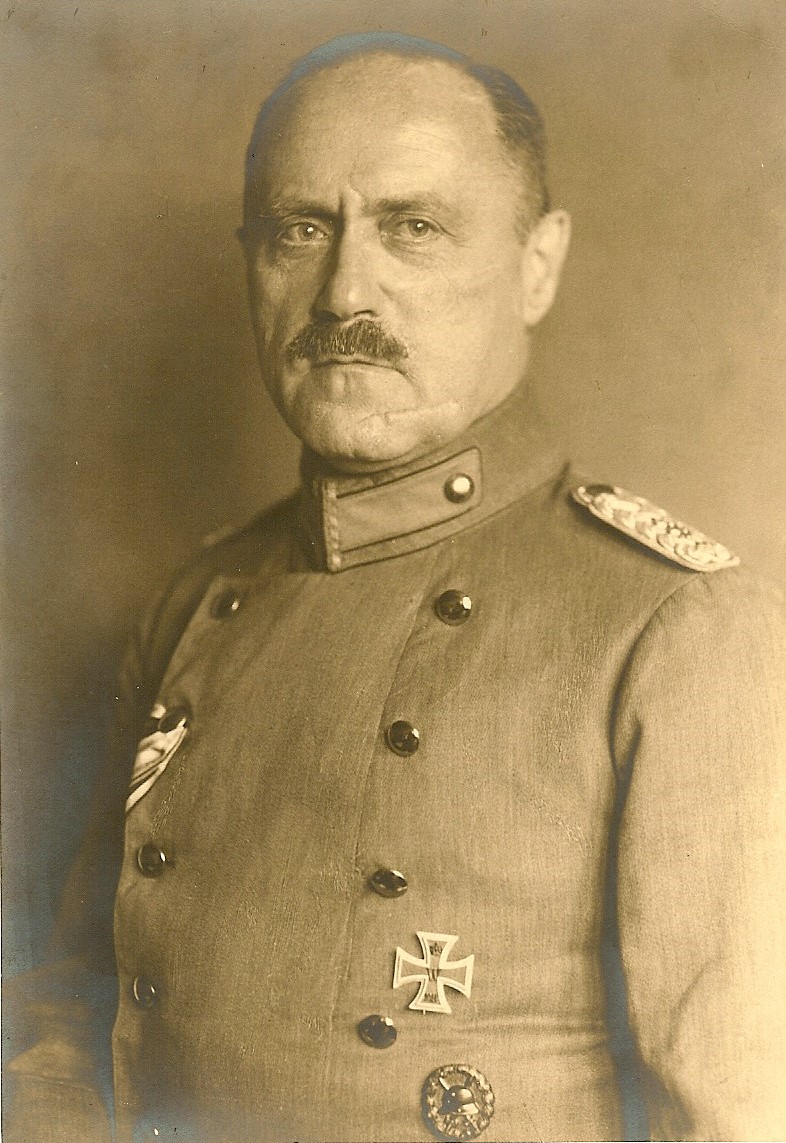 Figure 3-Oberstabarzt der Reserve Dr. Julius Veith in 1918. He has what appears to be a Schmiss (Dueling Scar) on his left chin and cheek.  Image from author’s archive.

Some of the awards of Dr. Veith are seen in the photo of his large medal bar (Frackspange) shown below.  In the first position is a Prussian Iron Cross 2nd Class, followed by the Bavarian Military Merit Order 3rd Class with Swords awarded on May 30, 1918, the Bavarian 1905 Army Jubilee Medal in Bronze,  the Bavarian Landwehr 20 Year Service Cross, and the Kyffhäuserbund Medal.  In addition, Dr. Veith may have received the Hindenburg Cross with Swords (Honor Cross of the World War 1914-1918 with Swords). 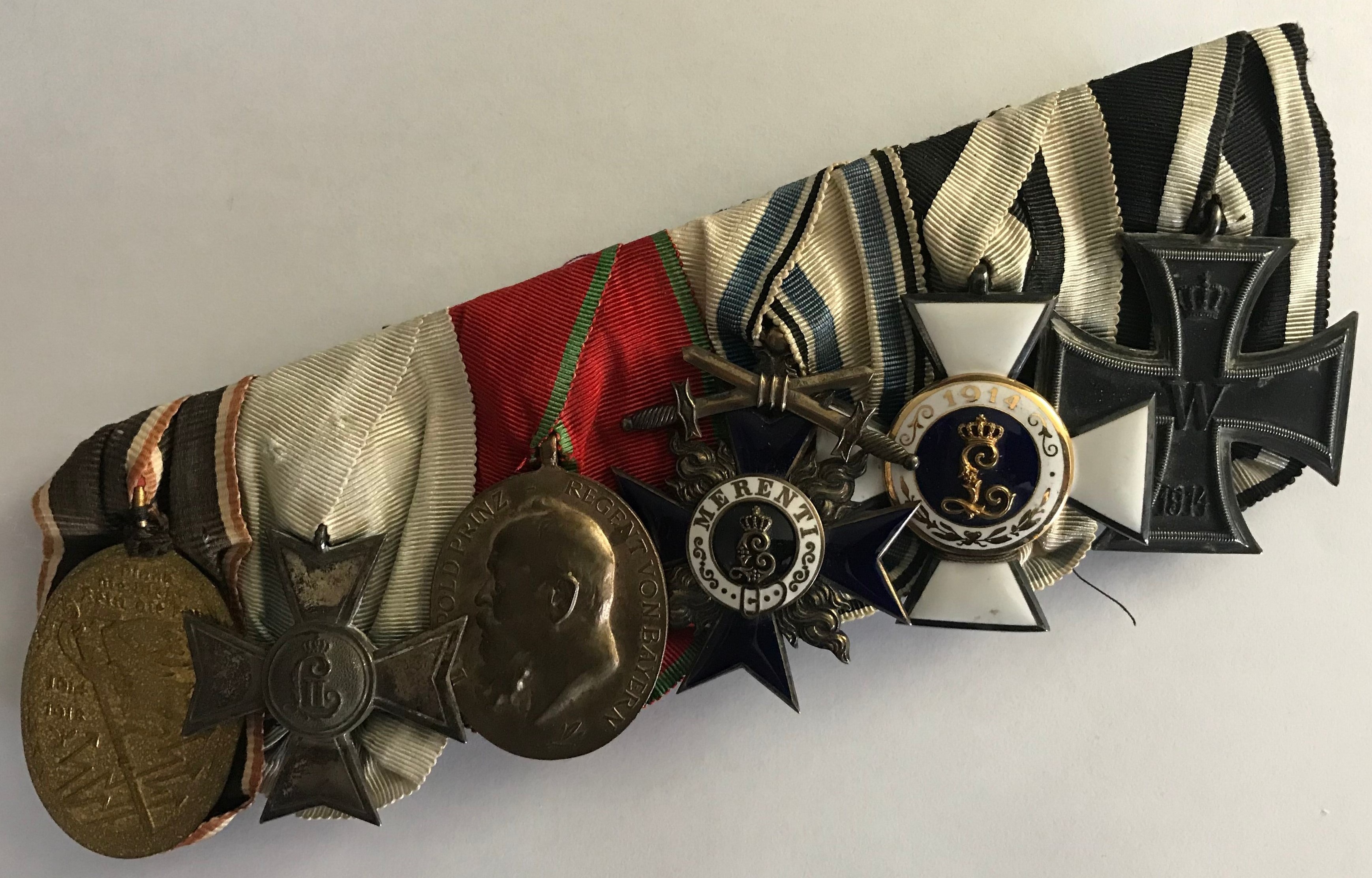 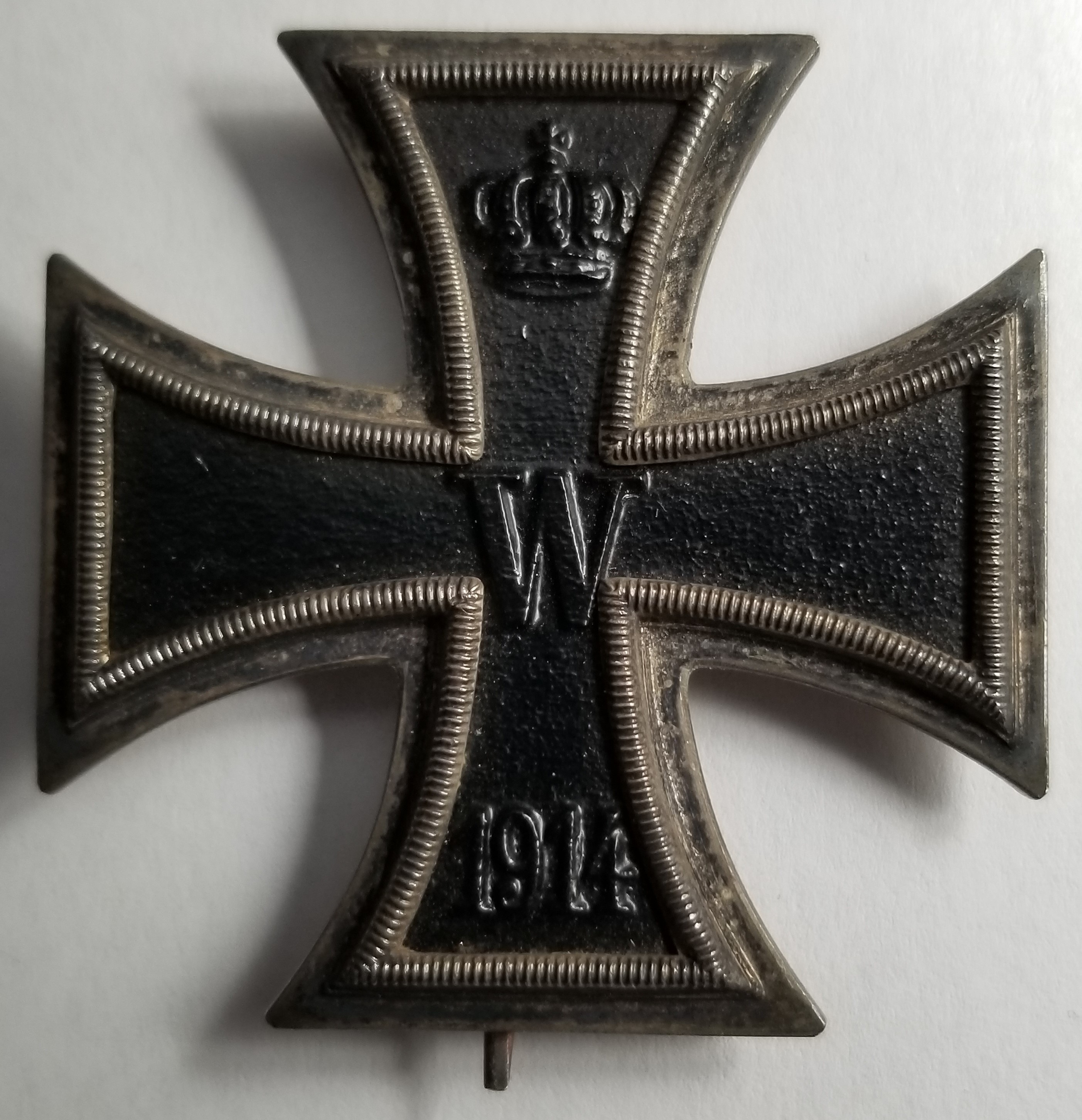 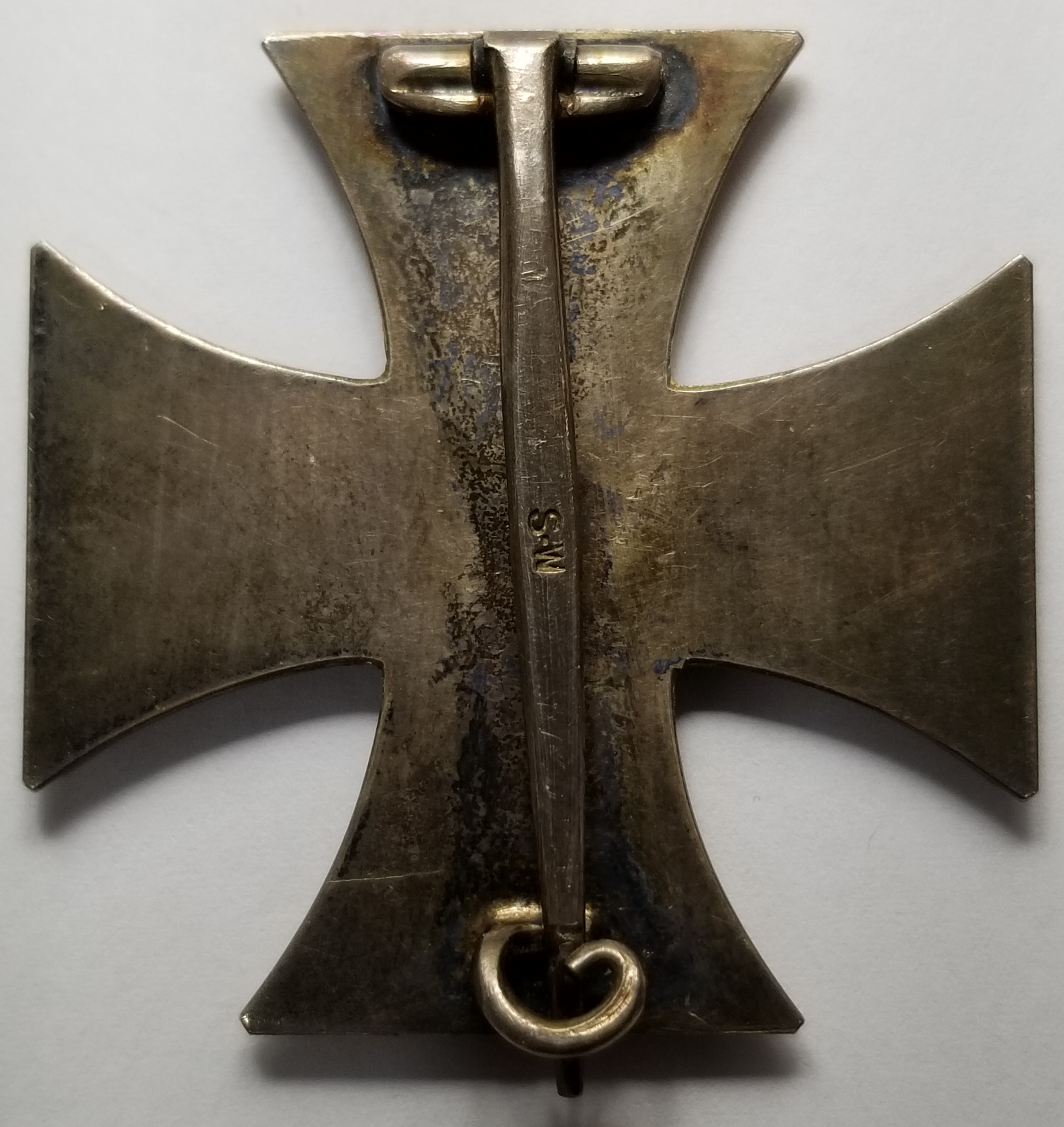 After the War, Dr. Veith was a successful Opthamologist in Göttingen.  The photo below shows Dr. Veith and his son Hans sometime after the War.  They are in civilian attire, and proudly wear their awards. 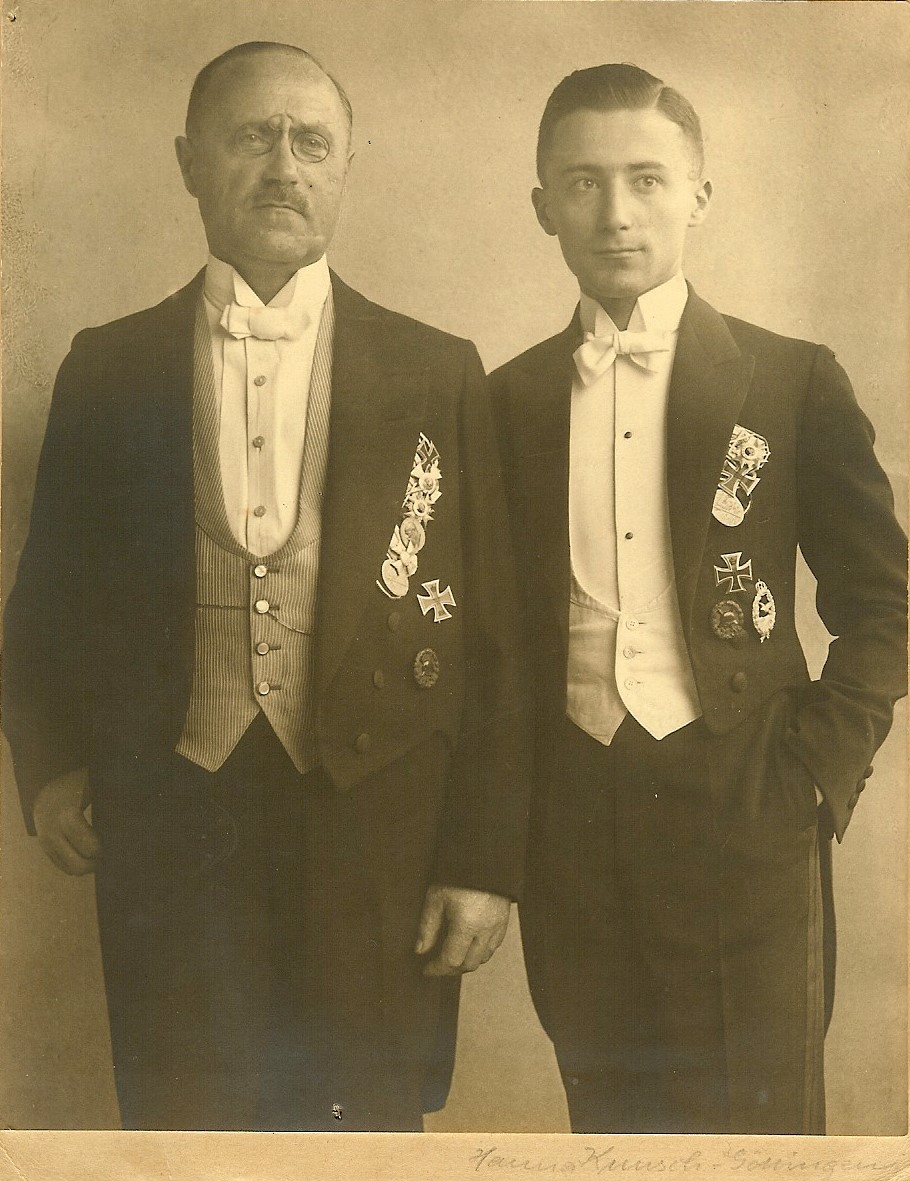 Figure 7-Dr. Julius Veith and his son Hans (John) after the War. Image from author’s archive.

Dr. Veith was a member of the Lutheran Church, but was of Jewish descent.  His wife Edwig was from a noble Prussian family.  After Adolf Hitler took power in 1933, the Veith family was subject to persecution and fled to northern Italy.  They were comfortable in the area that they settled as many residents spoke German.  Several years later however under the fascist regime of Benito Mussolini, anti-semitic persecutions began.  The couple fled Italy, and with great difficulty, they managed to go to the United States.  They then resided in Baltimore, Maryland.  Their son Hans and his wife Ilza were also able to flee to the United States and lived one floor below the elderly Veith couple in the same residence.  One day in August of 1939, Hans  returned home from work and found the bodies of his deceased parents upstairs.  The gas stove had been left on in the apartment.  They were found arm in arm at a desk.  On the desk were two (2) suicide notes.  One suicide note left by the couple was addressed to their son Bernard who had been unable to leave Europe and it stated “Have courage”.  Another suicide note left by the couple stated “We seek happiness together in eternity”.  Dr. Veith was 73 years old when he died.  Per Hans, his parents managed to come to the United States “But they were not happy.  They were physically exhausted and spiritually sad”. 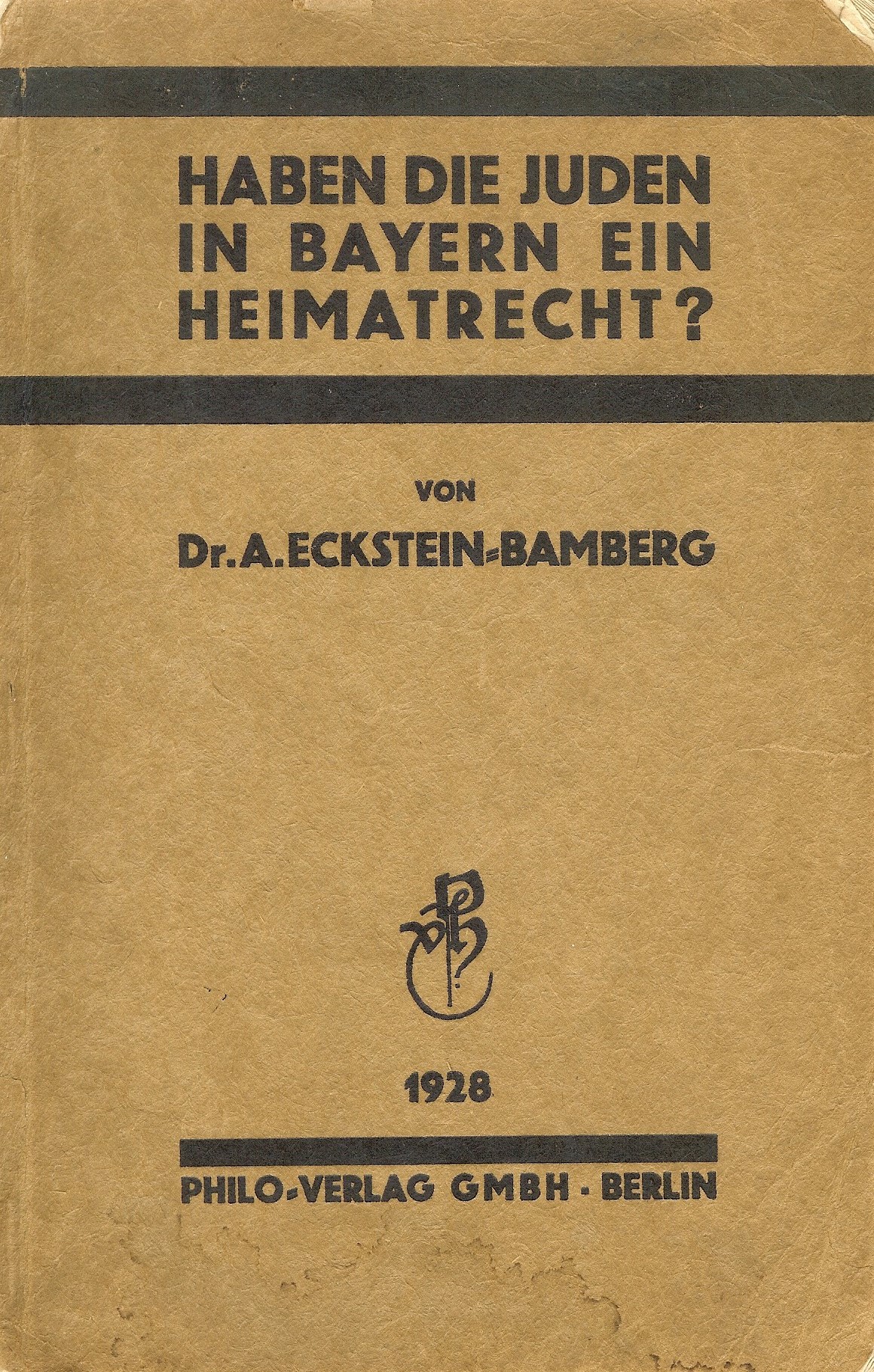