It is interesting to discover the history behind the bestowal of an award whenever possible. Regarding the awards of German States this is not always possible, as most awards were not impressed nor engraved with the name of the recipient. However, documentation will sometimes lead to a wealth of information regarding the recipient of an award.

Starting with just a photograph and a prayer card, we will investigate some of the details regarding Bavarian Gefreiter (Lance Corporal) Georg Herrnreiter and his deeds during the Great War.

The book “Bayerns Goldenes Ehrenbuch” (1) lists all of the recipients of the Bavarian Gold Bravery Medal and their citations (in addition to information regarding recipients of other awards). 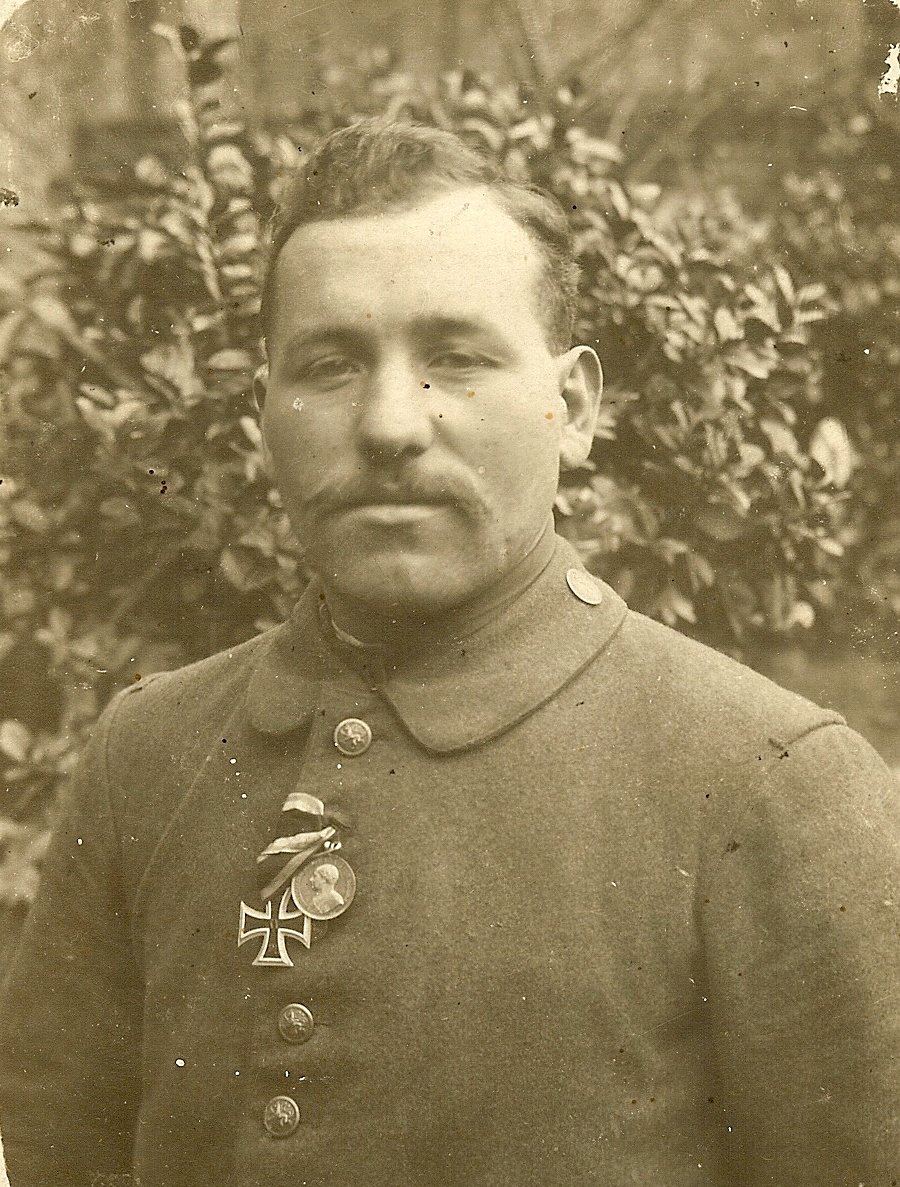 The following is the entry for Georg “Herrenreiter”:

And here is a rough translation into English:

Lance Corporal of the 3rd Company 2nd Bavarian Infantry Regiment “Crownprince”. In peacetime an earthworker. Born May 2nd, 1891 at Reisbach in Niederbayern.

Lance Corporal Herrenreiter of the 3rd Company 2nd Bavarian Infantry Regiment voluntarily reported on September 26, 1914 to occupy a tree observation post, from which he had a rewarding view of all activity, that appeared in the forward-laying trench and also beyond at Lihons, which he fired at as an excellent shooter with great success and delivered valuable messages about operations of the French. As long as his battalion was in position at Lihons from September 26th to October 15, 1914, he occupied this post daily and held shooting and observing from it, in spite of considerable single shots, volleys, and shells, although wounded by grazing shot, although he had two rifles bullet-ridden while he held them, and a third that was heavily damaged. He shot away many of the enemy, and also reported enemy artillery and columns and guided some artillery fire there.

Note that the “Bayerns Goldenes Ehrenbuch” erroneously lists his last name as “Herrenreiter”, although in actuality it was “Herrnreiter”. Such spelling mistakes were not extremely uncommon regarding documents of the era and are sometimes encountered. 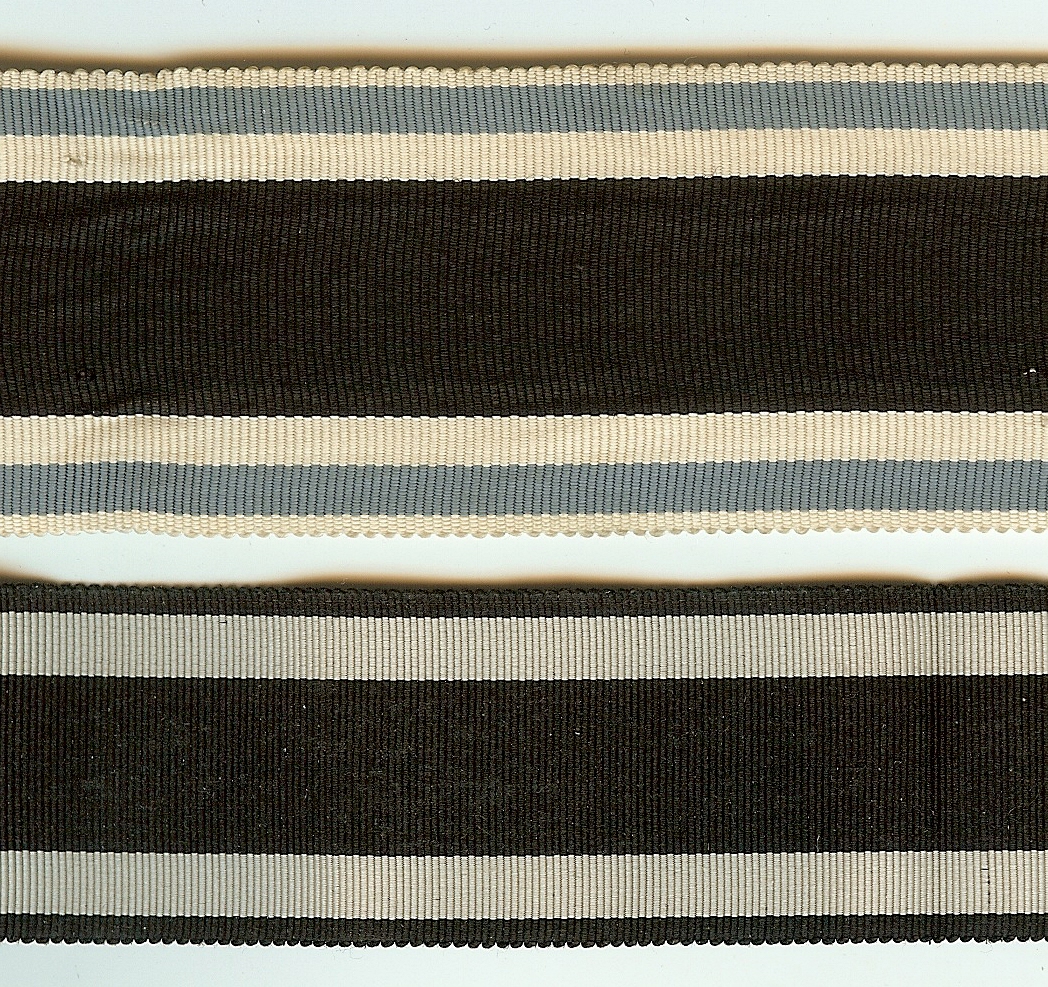 Figure 2-Examples of the ribbons worn by Georg Herrnreiter.  Image from author’s archive.

In Figure 1 Georg Herrnreiter is wearing his Bavarian Bravery Medal in Gold in his buttonhole. It is assumed that this photo was taken shortly after he was awarded the medal, as soldiers did not wear these medals on a regular basis, nor in the field. The ribbon was usually worn by itself in the second buttonhole of the tunic per regulation. We also see Georg Herrnreiter wearing his Prussian Iron Cross 2nd Class, and with this award, the regulations were similar. Note that as a Bavarian soldier, the Bavarian Bravery Medal was a more prestigious award than the Iron Cross 2nd Class and was thus worn in a higher position. Early during the Great War, the Prussian Iron Cross 2nd Class was awarded rather sparingly compared to the flood of awards which came in later years, and was also regarded as a rather prestigious award at the time. In the upper-portion of Figure 2, is an example of the 40mm wide Bavarian Bravery Medal ribbon. Below this in Figure 2 is an example of the standard 30mm wide Prussian Iron Cross 2nd Class ribbon. 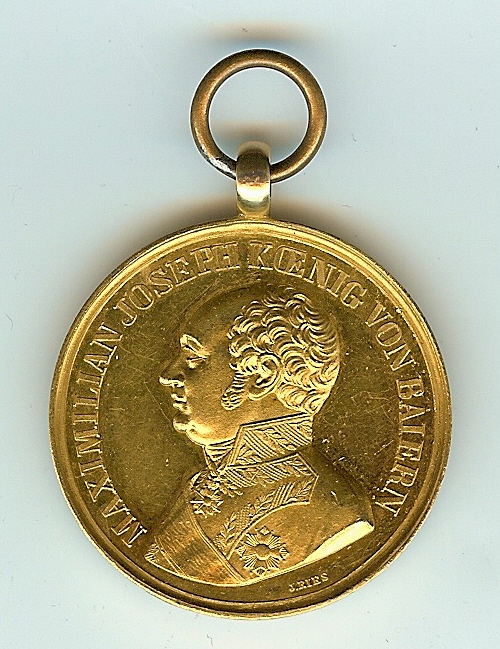 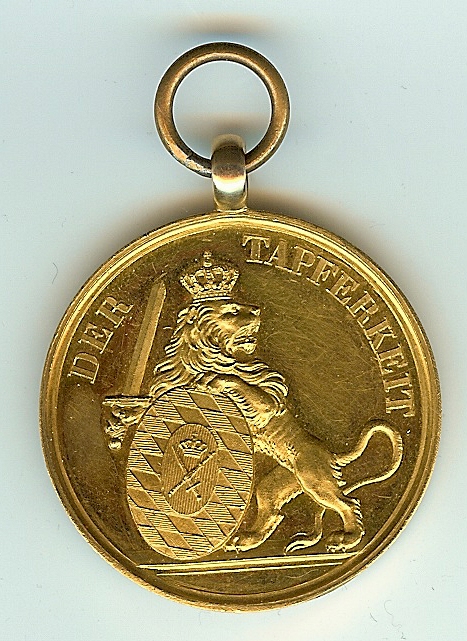 In Figure 3 and Figure 4 are shown an example of a Gold Bavarian Bravery Medal of the type which was awarded to Georg Herrnreiter. 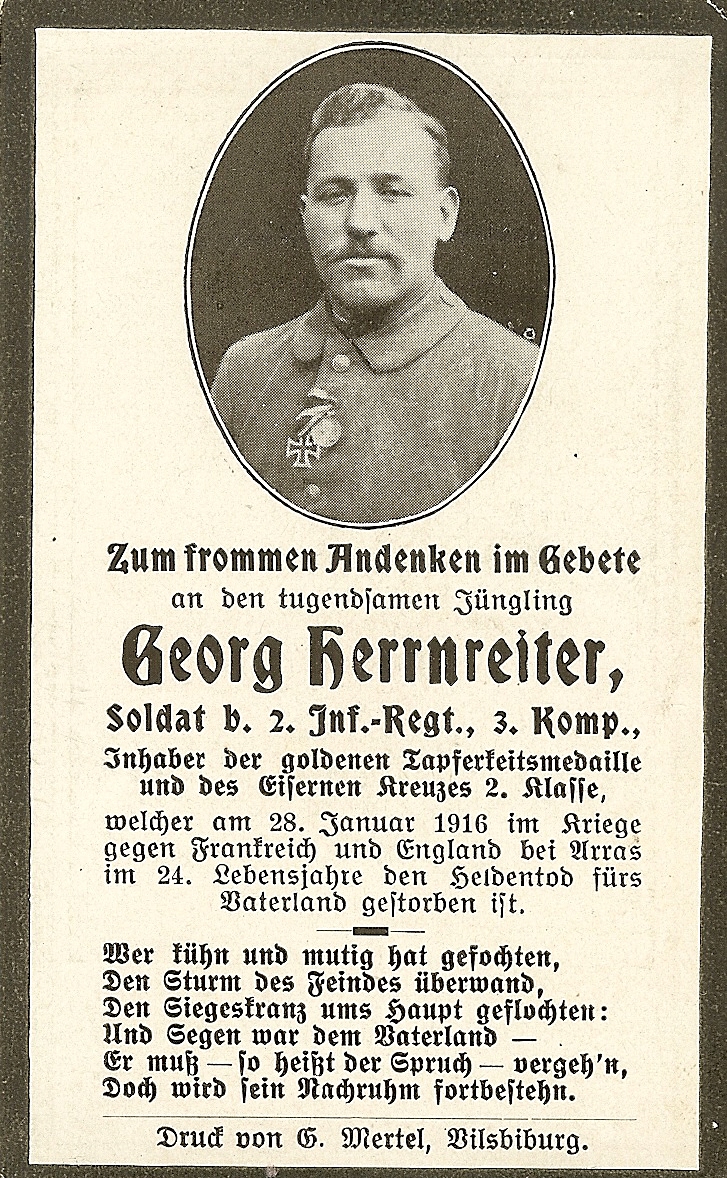 According to the prayer card (Sterbebild), shown above in Figure 5, Georg Herrnreiter bravely died for the Fatherland on January 28, 1916 in combat against France and England at Arras at the age of 24 years old. The Prayer Card interestingly utilized the same photograph as shown in Figure 1.

As an aside, note that the prayer card makes reference to the award of the “goldenen Tapferkeitsmedaille” (Gold Bravery Medal) which was an as of yet un-official, yet common, term for the award. At the time that the award was bestowed upon Georg Herrnreiter for his actions in 1914, the Gold Bravery Medal (Goldene Tapferkeitsmedaille), was officially known as the Gold Military Merit Medal (Goldene Militär-Verdienst-Medaille). It wasn’t until March 2, 1918, that His Majesty King Ludwig III of Bavaria by proclamation changed the official name of this award to “Tapferkeitsmedaille” (Bravery Medal) to coincide with the term which had previously commonly been used for the medal. (2)

Thus we now have some insight regarding the brave acts and ultimate death of Gefreiter Georg Herrnreiter, a soldier who fought so many years ago.

In the future, I will explore a bit more regarding the Bavarian Bravery Medal. Thank you for your interest. Comments are welcome.