The Battle of Copenhagen on April 2nd, 1801 is commemorated on the British side by a clasp to the Naval General Service Medal 1793-1840 (NGS), issued in 1849. It falls in the category of NGS clasps approved because a commissioned officer was promoted, as opposed to it being a Gold Medal action. Lord Nelson had argue for the issue of gold medals to be awarded to the captains of the ships involved, as had been the case for the decisive British victories at the battles of the Nile and St. Vincent. However, this was not to be – for a variety of reasons. Much has been written about the matter, I will not review it here, different views are readily available in the literature, e.g. Dudley Pope’s The Great Gamble, Nelson at Copenhagen [1] covers the British side, and the Danish views are well represented in Ole Feldbæk’s The Battle of Copenhagen 1801 [2] which was recently translated into English. Suffice it to say, that Denmark was caught between a rock and hard place when it got involved in super-power politics in 1800, a game, as it became evident – reserved for Britain, France, and Russia. Furthermore, Denmark had been a long time ally of Britain, and perhaps the Admiralty’s recommendation to the Crown was to not unnecessarily gloat over a victory against the Danes – a gold medal would have sent the wrong message. 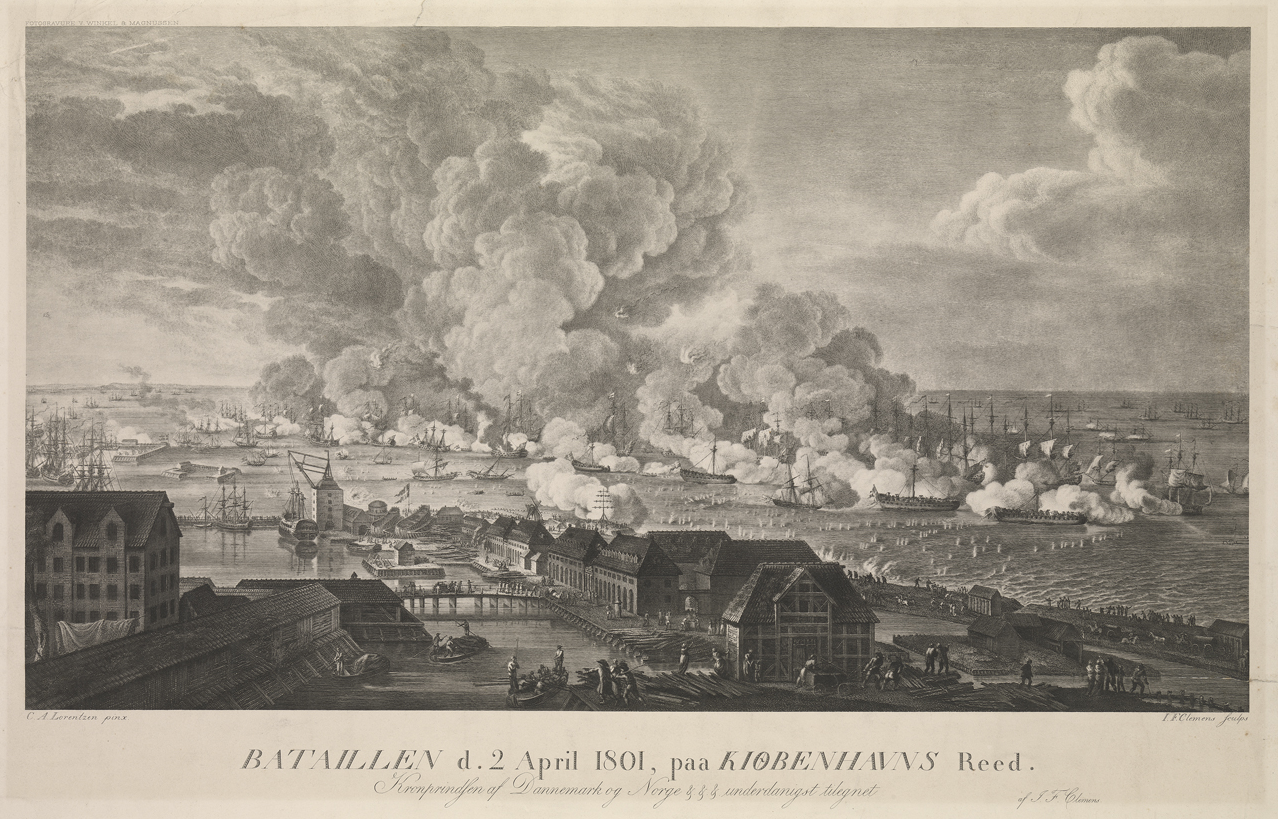 What is perhaps less well known is the story of the medals Denmark awarded to its participants in the battle. In Denmark the outcome of the battle was considered by many a semi-victory, or at least a honorable defeat. After all, Lord Nelson had asked for a cease-fire, not the hallmark of victorious opponent, however many probably did not know that at the time of cease-fire, the main Danish defense line had been shattered, albeit at a heavy cost to the Royal Navy. Nevertheless, the sentiment in the population was certainly one of honoring their brave defenders of the nation.

On 31 July 1801, The King of Denmark, Christian 7th, approved a proposal from the Danish Admiralty for the issue of a decoration to be awarded to deserving participants in the Battle [3]. The Admiralty’s recommendations stipulated that all officers who had been present at the battle – and for whom no criticism of conduct was received, would be awarded a gold medal. Furthermore, a silver medal was to be awarded to only those who had particularly distinguished themselves, these being other-ranks and volunteers. In addition the silver medal recipients would receive an annual pension of 15 Rigsdaler. The award criteria were not particularly democratic by today’s standards, but even within the officer’s ranks the awards were selective. Only regular officers were awarded a medal with “Right to Wear”, the reserve officers were not given that privilege. The medals were awarded at a ceremony, on the anniversary of the battle in April 1802.


The Medals are of a circular design, 52mm in diameter, in either gold or silver [4]. The medals with suspension would be issued with a red 20mm wide ribbon with a white cross. The medal was designed by Prof. N. A. Abildgaard and engraver Peter Gianelli, and struck at the Royal Danish Mint in Copenhagen. The obverse of the medal depicts an antique vessel, defended by a lion, supporting the Danish national shield. In front of the ship is an elephant and an eye, on the side of the ship are thee swimming dolphins. The inscription above is MODET VÆRGER [Courage Defends], below the name of the engraver P.GIANELLI F. On the reverse, the Royal scepter and sword crossed with the King’s crown above. The inscription reads: KONGEN HÆDRER FÆDRELANDET SKIÖNNER [The King Honors and the Fatherland Appreciates]. The medal was issued with the name of the recipient impressed in small capital letters along the rim. 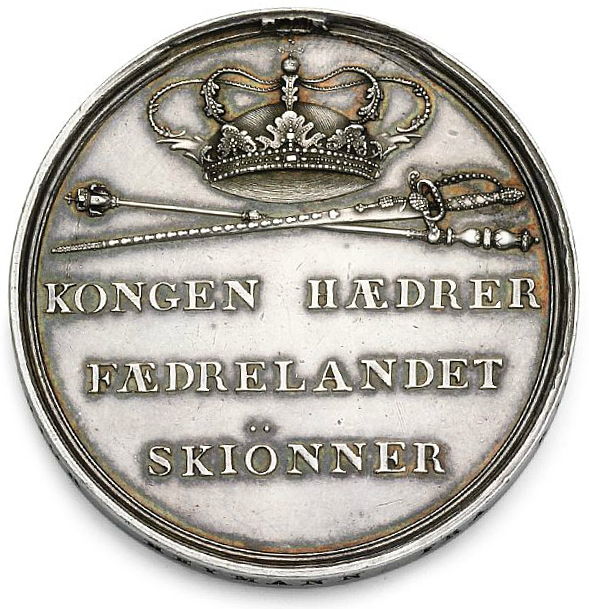 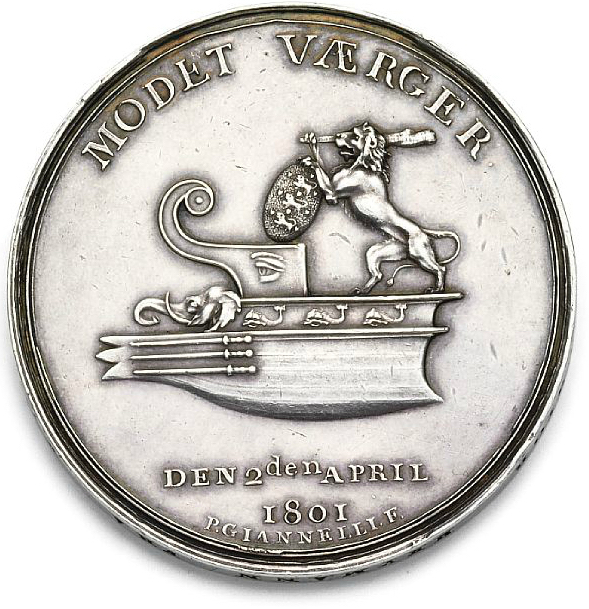 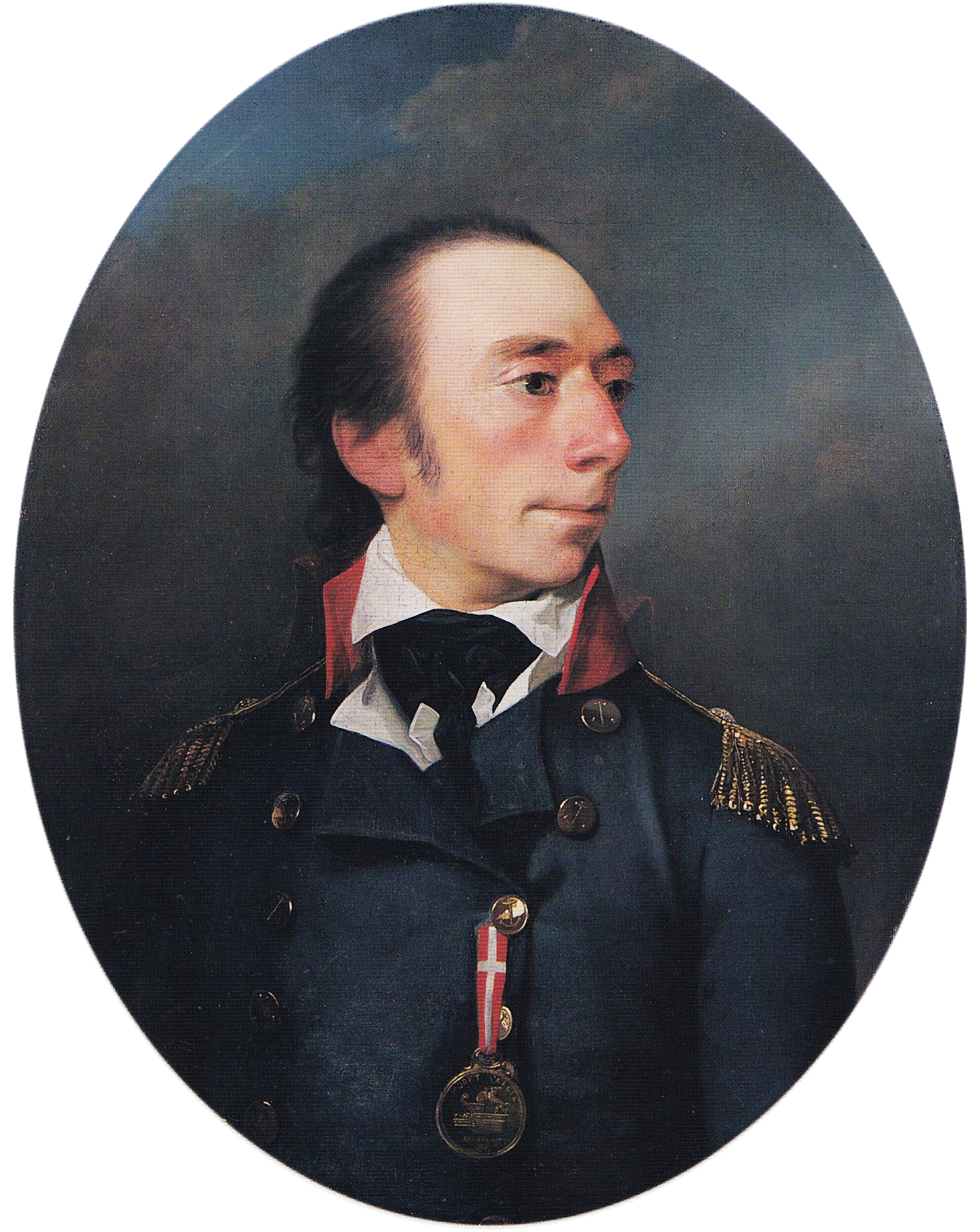 Painting by Jens Juul (~1800), Capt. Lorenz Fjelderup Lassen (1756-1839) of Prøvesteen, the southern most vessel of the Danish defense line, first ship in action. The gold medal has been added to the painting at a later date, which was a common practice for the period. Fredriksborgmuseet, Denmark.

The medals are quite scarce on the market, several are in museums in Denmark and Norway, and undoubtedly some still remain with the families. The last gold medal on the market I have noted, sold at Spink in London, Nov. 2001, for £6000 (hammer). This medal was to Lieutenant Johan Christopher Hoppe of the Royal Danish Navy, it was named: (SÖE.PREM.LIEUTN.ION.CHRISTOPH.HOPPE.), (click name above for details). Lieut. Hoppe fought onboard Sjælland during the battle. It was supposedly from this ship the last shot was fired before she struck her colors after 5 hours of fierce fighting, largely engaging HMS Ganges and HMS Monach. The Sjælland suffered heavily with 39 killed and 125 wounded, out of a complement of 533 men. The desirability of the silver medals is also evident from the latest one I’m aware of, sold at Morton & Eden, London in Nov. 2014. It fetched £6500 (hammer). This particular medal was issued to a Norwegian Able Seaman from Christianssand, he was part of the regular navy and consequently was allowed to wear the medal. He fought in Floating Battery No. 1, which largely engaged Lord Nelson’s flagship HMS Elephant. The battery suffered heavily as well, with 12 killed and 34 wounded out of a complement of 129 men.
The fact that the silver medals were only issued to men who had particularly distinguished themselves, whether a rating, non-commisioned officer, or volunteer, makes it de-facto the first Danish gallantry award to be awarded outside the officer class. Gallantry medals in gold and silver had been around since the 17th century, but they were sparingly awarded, and always exclusively to the officer corp. Likewise, the Order of Dannebrog had been awarded to deserving officers for specific acts of gallantry, but again was reserved for officers. The more democratic criteria used with the issue of the medals for the battle of Copenhagen 1801, were clearly precursors for the restructuring of the Order of Dannebrog into more classes – expanding its availability to different social groups. This was instituted by the current Crown Prince, the future King Fredrik 6th, when he became king in 1808.The medals to the volunteers are particularly interesting. While a great many citizens spontaneously volunteered, it was only awarded to those who had been noted as particularly distinguishing themselves. The heroic recipients spanned a great variety of the social spectrum, among others: a wig-maker, a potter, a butcher, a gardner, a printer, and a 27 year old state-less member of the Jewish community in Copenhagen. This unusual volunteer had fought on the lower gun-deck of the Jylland, which suffered 28 killed and 43 wounded out of a complement of 425 men. His silver medal is shown above. 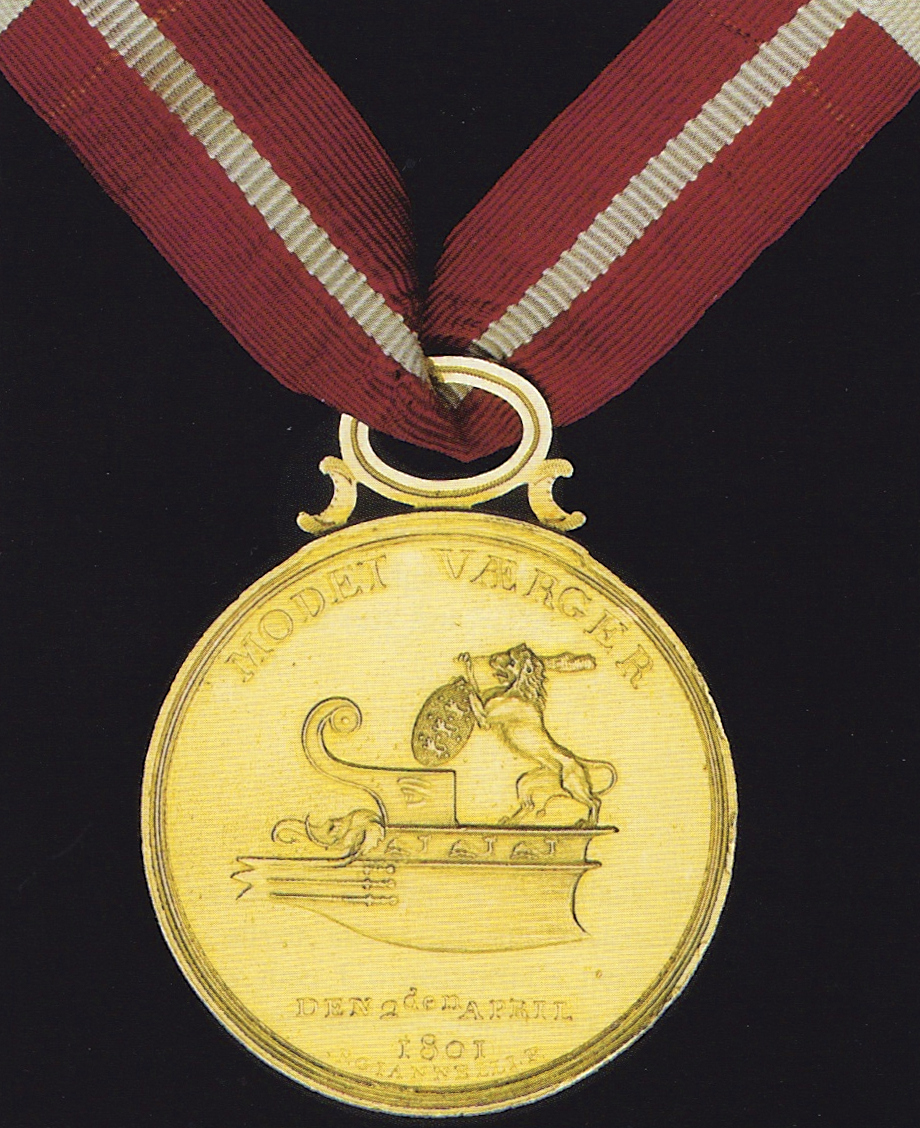 The gold medal with suspension (Right to Wear) to Lieut. Hoppe who was part of the regular Danish Navy. Image courtesy of Spink, London. 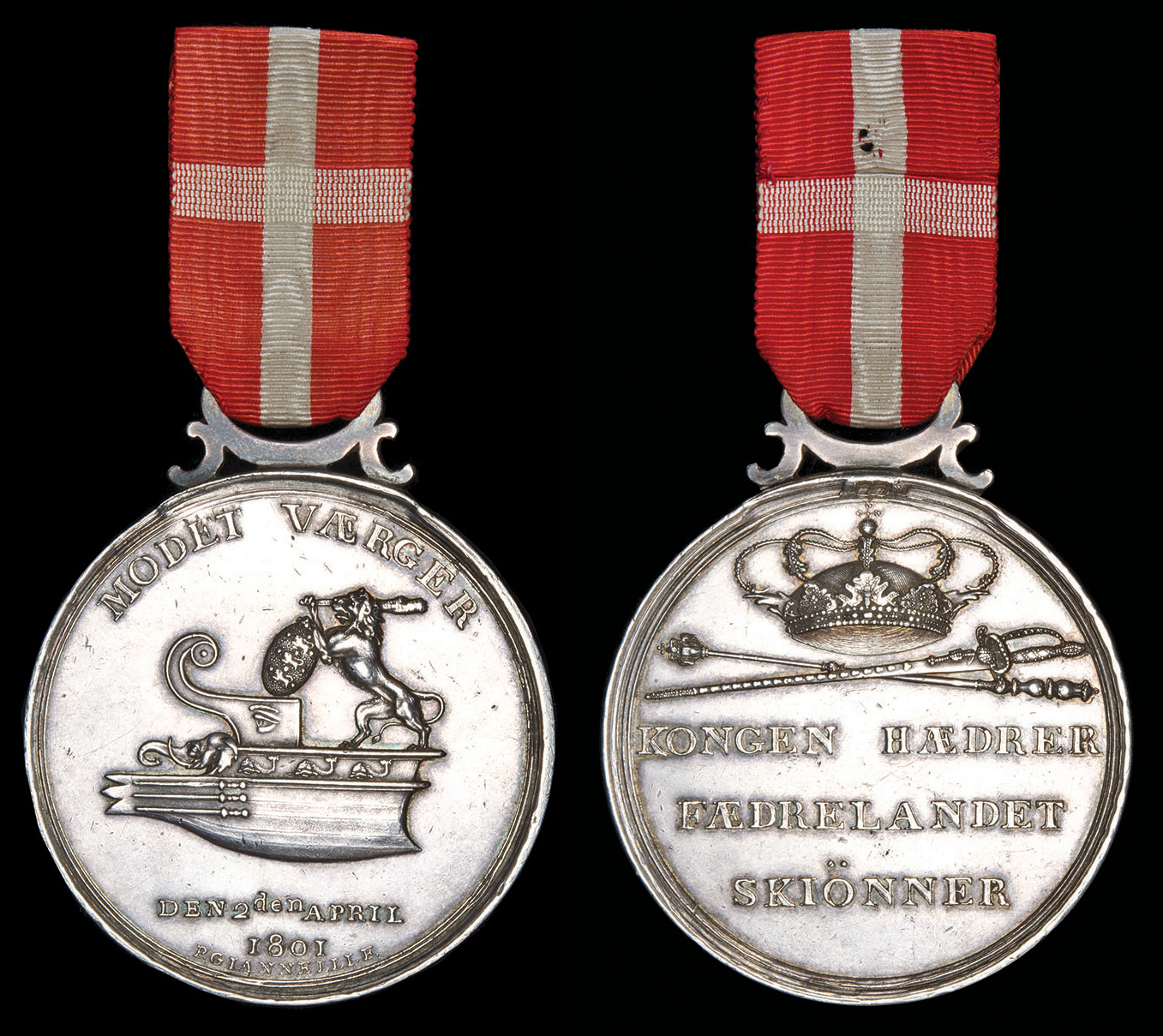 Over the years, there seems to have been some confusion about the number of medals issued. This has been researched and corrected by Lars Stevnsborg, a Danish authority on the subject. The final distribution of medals is summarized in the table below (~ anno 1828), with permission from reference [3]. Between 1802-1828, several medals were forfeited and reissued to deserving candidates who would have been overlooked, likewise several medals were downgraded from “Right to Wear” to “No Right to Wear”. One Naval Cadet (Midshipman), who did not pass his examination for Lieutenant, had the misfortune of seeing his gold medal with “Right to Wear” removed of suspension and ribbon. Other examples are late claims, and a case of a reserve officer, who had not returned from a journey to the West Indies, his gold medal was converted to a “Right to Wear” medal and reissued as a replacement to a naval officer who’s medal was stolen.

The losses on both sides were heavy, the Danes lost 367 killed and 635 wounded, out of which ~100 died of their wounds. The British lost 254 killed and 689 wounded. In a future blog, I will write about the British medal (the NGS medal with clasp Copenhagen 1801 ) issued for the battle. 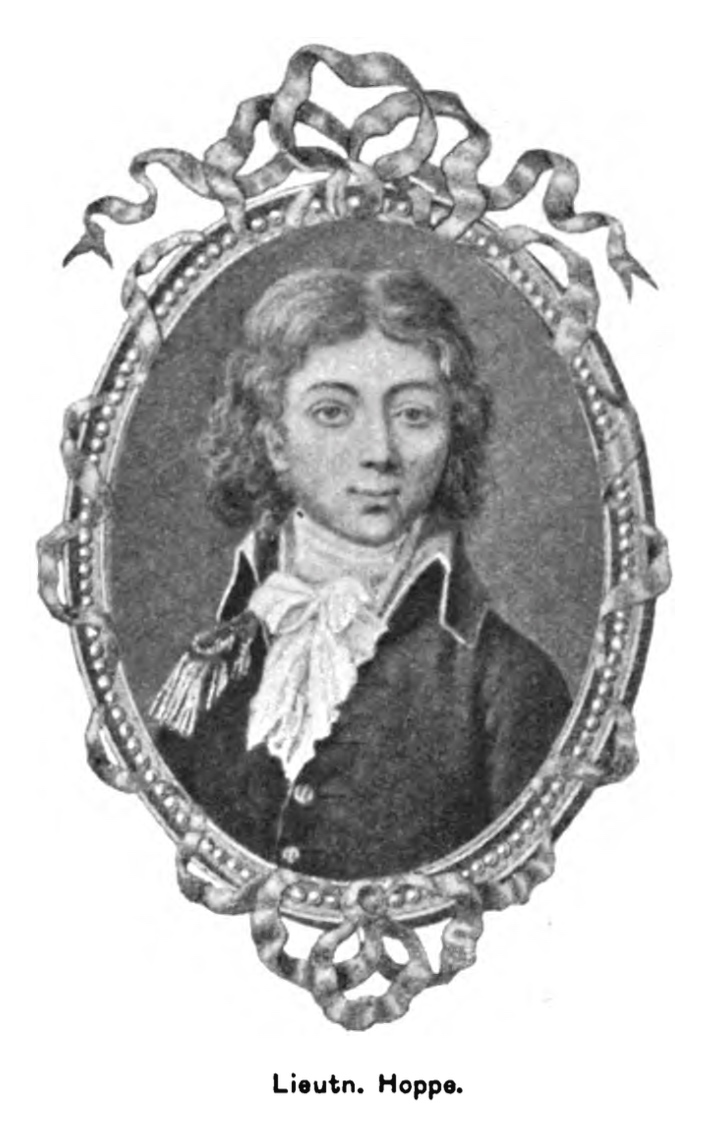