In this blog, which is the third part of the series on attachments, I will review the attachments associated with the 1898 Jubilee Medals and the Kleine badges. You may wish to view the first two blogs in this series before proceeding so that you can have the Jubilee Medal attachments and Kleine badge attachments in their proper context. For the purpose of this discussion I am going to define attachment as an addition or embellishment to an order, decoration or medal that alters its meaning or status in a meaningful way.

In 1898 Emperor Franz Joseph I celebrated his fifty year anniversary as Emperor of Austria etc.  In this context a number of medals were issued to commemorate the significant event. Two types of these medals featured attachments. I will provide below examples of these medals and the attachments that embellished them.

On October 21, 1898 the silver and bronze Court Jubilee Medals were issued to civilian and military personnel who served the Emperor the imperial family and court. These medals featured the addition of a bar on which was the dates 1848-1898. The bars were in the same metal as the medals they embellished (Figures 1, 2 and 3) which was an enhancement not found on the other 1898 jubilee medals. 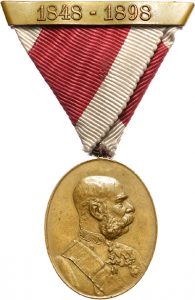 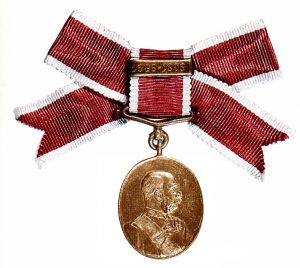 In 1898 there were also gold flag medals presented to regiments for which the Emperor was the Proprietor. One such regiment was the Royal Prussian Guard Grenadier Regiment No.2. Unlike the other flag medals this one was embellished with an imperial crown that was placed on the ribbon (Figure 4) 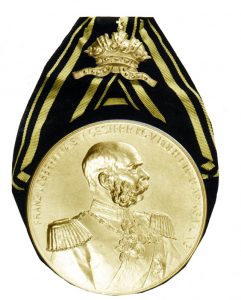 Commencing on March 23, 1908 Kleine insignia were introduced. These Kleine insignia were small representations of higher classes of an award that were placed on the ribbon of the breast badge so that the full size award could be represented without the inconvenience of wearing the award in the field. As one can imagine there were a large number of these Kleine badges. For the purpose of this discussion I am not going to illustrate them all but rather I am going to provide typical examples for the purpose of illustration. At a later time when I blog about the specific awards that featured kleine badges I will fully illustrate those for the awards under discussion. (Figures 5-9) 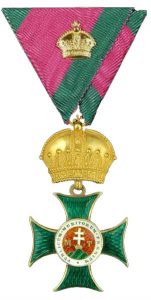 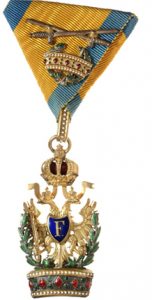 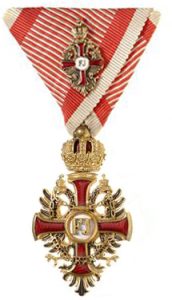 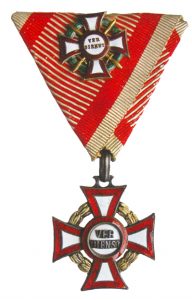 This concludes part III of the discussion on attachments. I hope you enjoyed this exploration of the Jubilee Medal and Kleine attachmetns. Next time I will describe the multiple award attachments.
Rick