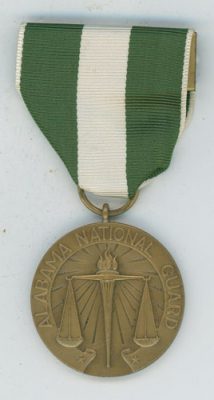 Phenix City, Alabama, had always been a frontier sort of town. Just across the Chattahoochee River from Columbus, Georgia, and Fort Benning, it had been the home of bars, gambling dens and brothels until one night in 1954. That night brought out the National Guard to clear out the local gangsters and return the city to its citizens.

Albert Patterson was a wounded World War I veteran and an attorney practicing in Phenix City. Patterson took exception to the gambling that had supported the city for years and began a campaign to clean it up. In the face of massive opposition from the casino bosses, Patterson ran for attorney general of Alabama and won. However, before he could take office, he was shot and killed near his office on June 18, 1954. Nobody was too concerned about finding the killer until a group of local citizens convinced Governor Gordon Persons to use the killing as the basis for cleaning up the city. Persons knew this was not going to be an easy task, so he called on his Adjutant General, Major General Walter J. “Crack” Hanna to find a way to clean up the city. Hanna had risen to brigadier general in World War II, serving as assistant commanding general of the 31st Infantry Division in the Pacific. Hanna and his Provost Marshal quickly found the necessary path. After getting no local support in his investigations, Hanna convinced Governor Persons to give him “martial rule” in the city. Short of full martial law, this allowed the National Guard to take over the law enforcement and judicial systems in the area, but not have to deal with the daily workings of the rest of the city.

Hanna knew, either personally or by reputation, most of the men of the Alabama National Guard, so he drew up a list of those Guardsmen who had law enforcement or judicial system experience and mobilized them to serve in Phenix City. The local National Guard unit (Company D, 167th Infantry) was mobilized to provide logistical support. The Guardsmen became the police force, the jailers, the bailiffs and the court system for the city. Suddenly, there were regular raids on the casinos and brothels and over 600 grand jury indictments were handed down to combat the embedded criminals. Armed soldiers patrolled the streets in place of the corrupt local policemen.

The Alabama state police were called in to provide the investigative skills. John Patterson, Albert’s lawyer son, handled the prosecution and an honest judge from a neighboring county handled the judicial proceedings. Although “everyone knew” who had pulled the trigger, it took a little time to build the case against Russell County Chief Deputy Sheriff Albert Fuller, who was convicted and jailed, serving 10 years of a life sentence. Also indicted were Arch Ferrell, the Russell County circuit solicitor (who was tried, but acquitted) and Silas Garrett, the sitting Alabama Attorney General, who never faced trial because he checked himself into a mental institution in Texas.

The Phenix City Civil Disturbance Medal was authorized on the basis of Governor Persons’ Executive Order of June 18, 1954. The medal was awarded for military or civil service during the period June 18, 1954, through January 17, 1955. A total of about 600 Alabama National Guardsmen earned the medal during that period, with the peak strength rising to about 300 men. The medal was struck by Medallic Art Company, which delivered 1000 medals to the state. The obverse depicts the torch of enlightenment with rays radiating from the flame. Scales of justice are balanced near the top of the torch. A scroll around the obverse is inscribed “Alabama National Guard”. The reverse is inscribed For/Service in the/Phenix City/Civil/Disturbance/Gordon Persons/Commander/in/Chief”. Some medals carry the Medallic Art Company’s hallmark. The ribbon is green with a wide white center stripe and narrow white edge stripes.

With the stranglehold of the mob bosses broken, Phenix City was able to rebuild itself. The Phenix City Civil Disturbance Medal stands as a reminder of the days when the National Guard was called in to deal with problems that could not be effectively handled by the local government.