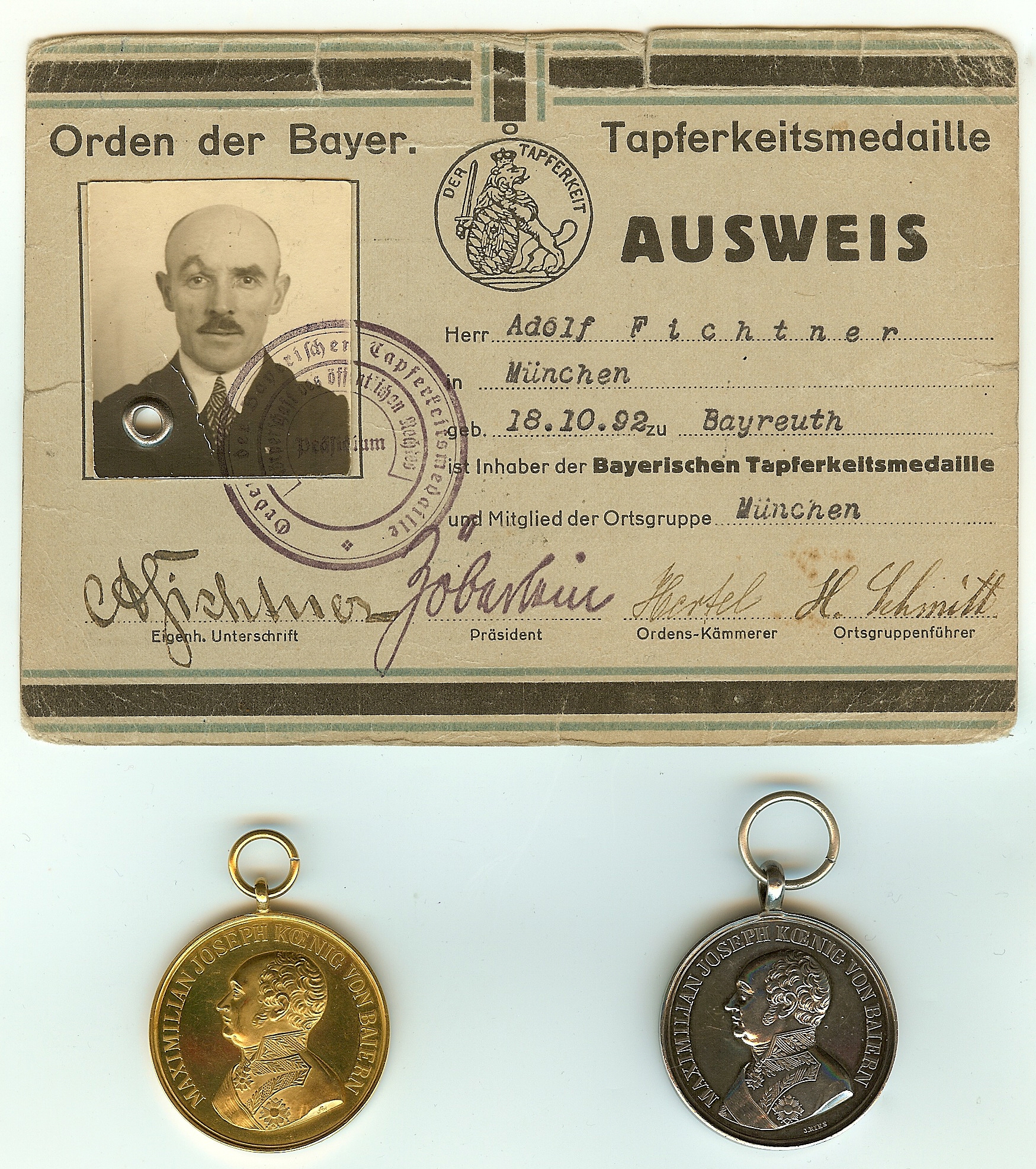 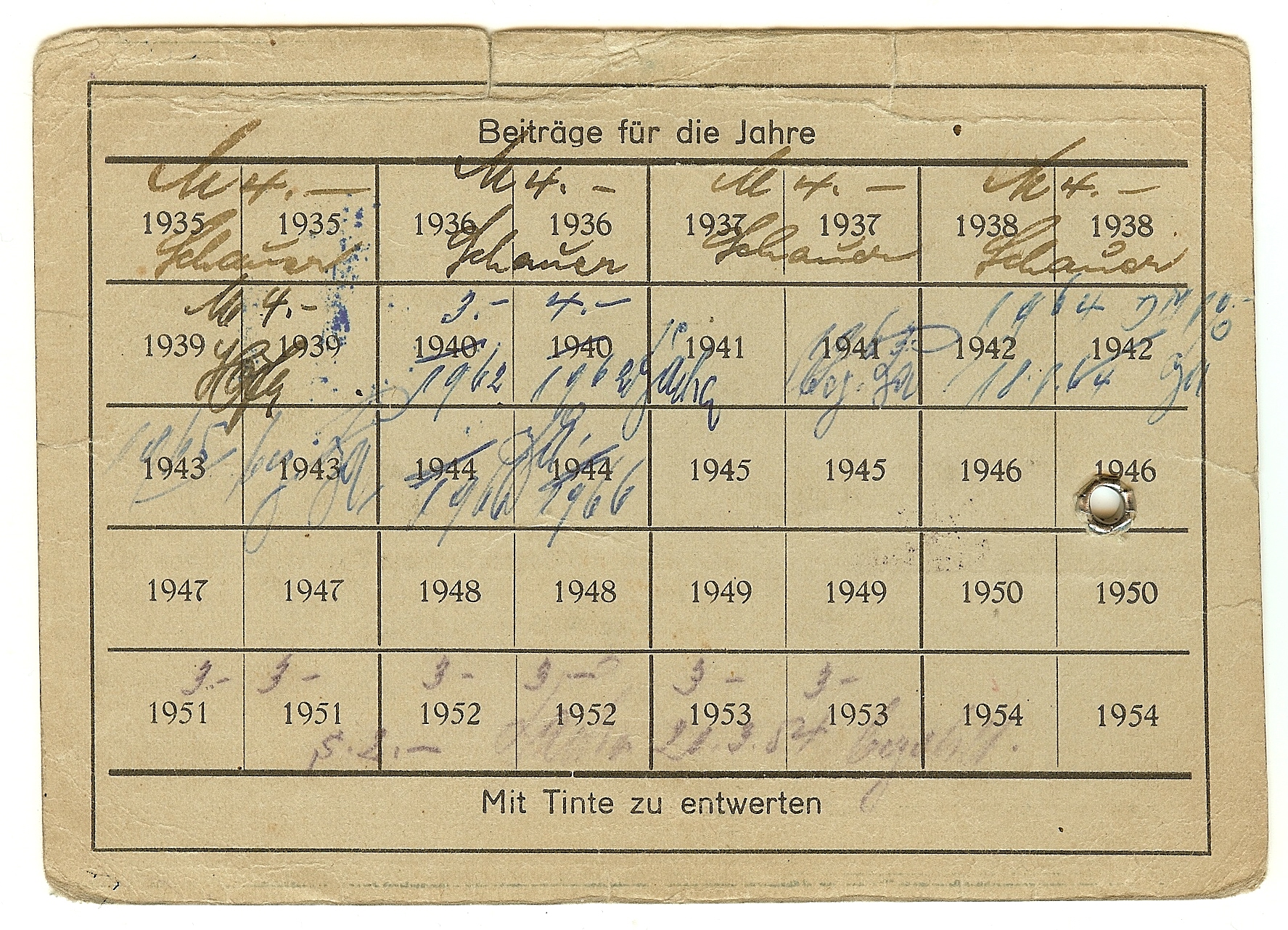 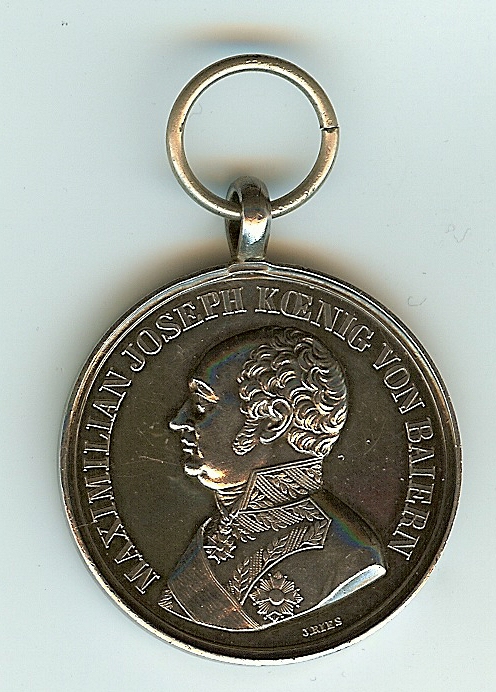 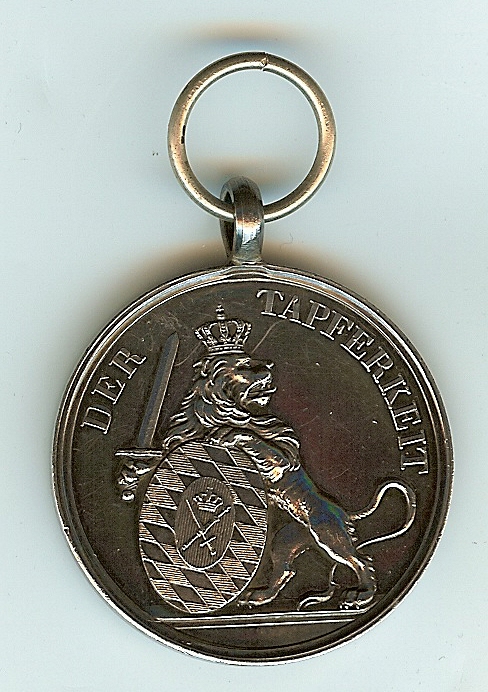 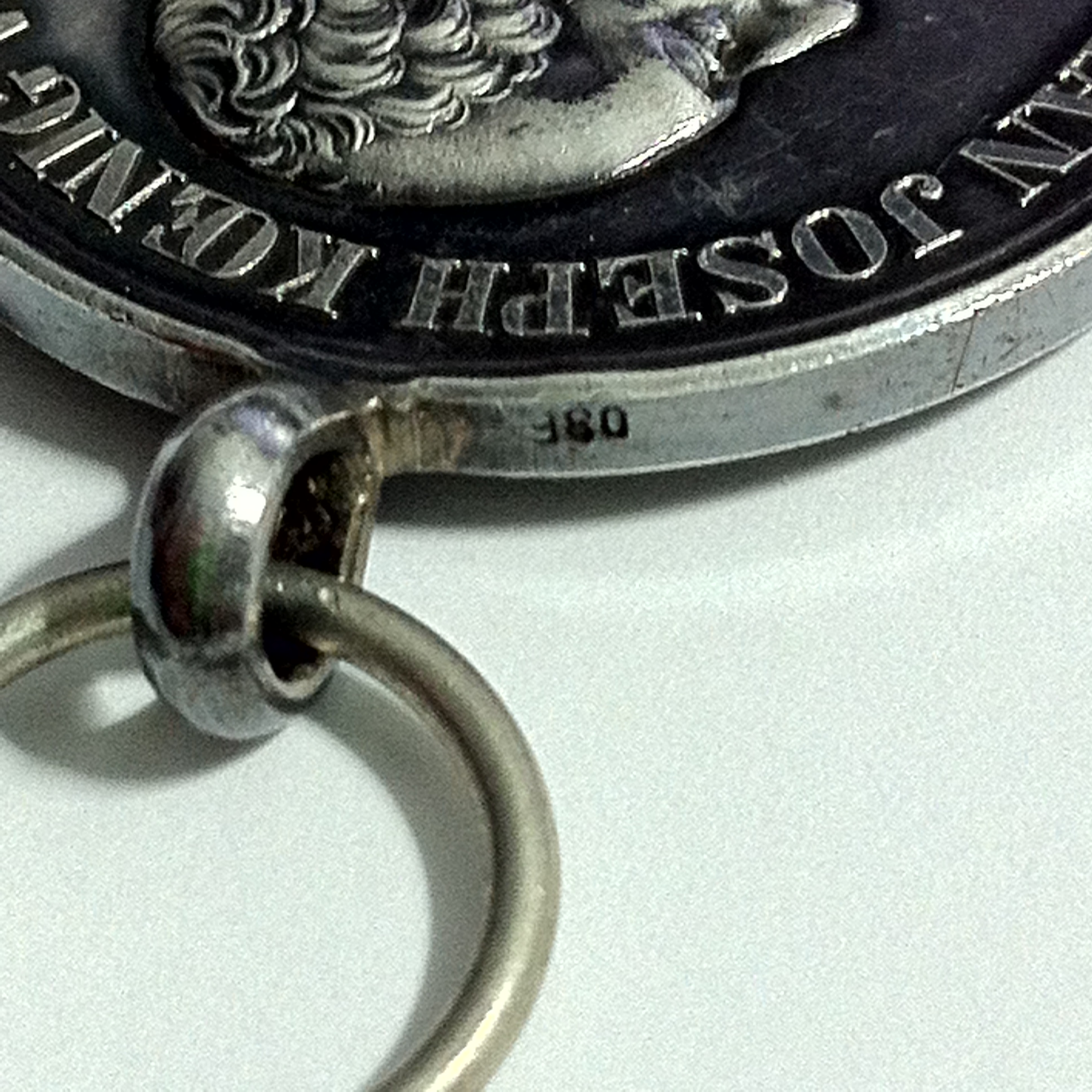 The Silver Bavarian Bravery Medal of Adolf Fichtner is one of the known official coinages of the medal. However, upon closer inspection, a “980” mark was punched into the rim of the medal denoting the 980/1000 silver content of the medal. This is unusual as most medals of this coinage have no such marking. 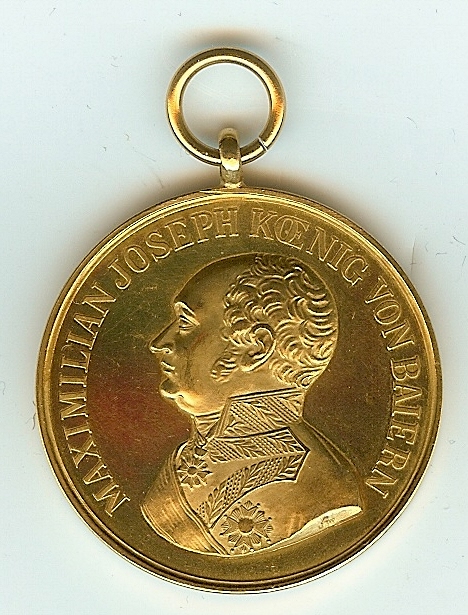 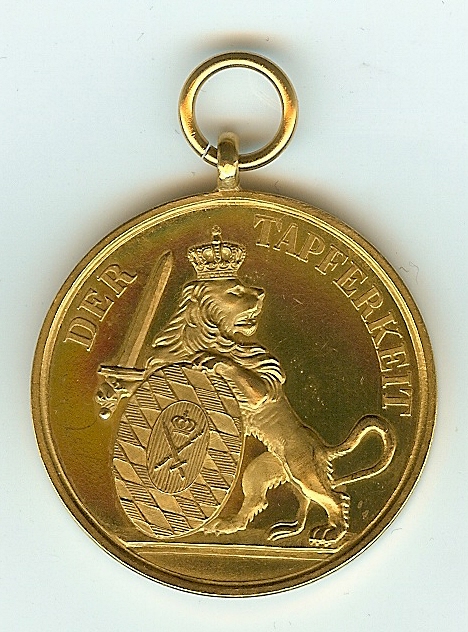 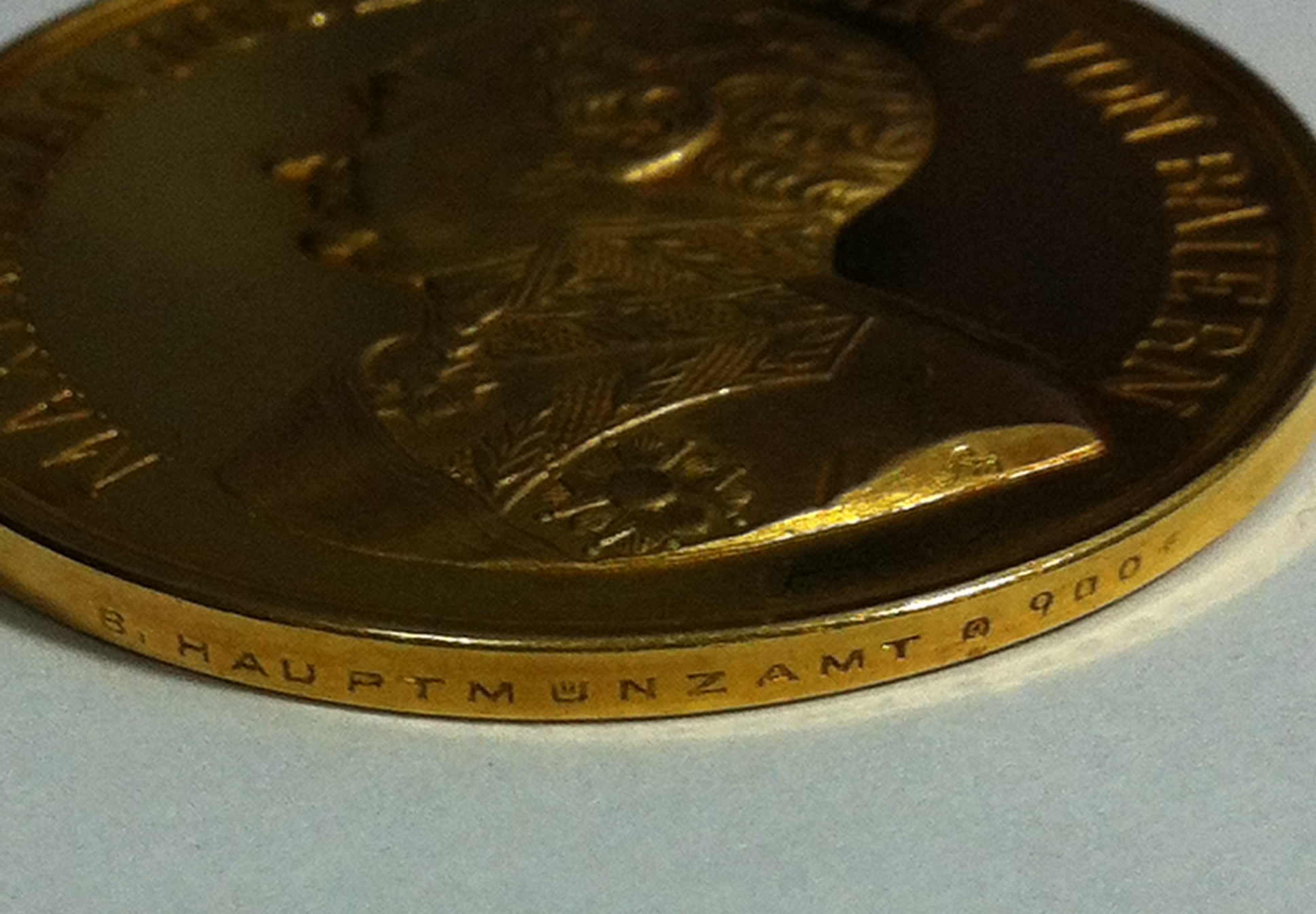 A closer look at the Gold Bavarian Bravery Medal reveals the die-sinker’s mark “fm” on the obverse in the neckline of the bust of Maximilian Joseph. The obverse and reverse designs are similar to the official medal, but differ in small details. The suspension loop at the top of the medals is also of a different design than the official medals. Most interesting however is the edge of the medal, which is impressed “B. HAUPTMÜNZAMT (circle around a dot) 900f”. This marking signifies: Bavarian State Mint 900/1000 (gold) fine. This type of marking was certainly used on items minted by the Bavarian State Mint from the 1920’s through the 1960’s and may have been utilized even slightly earlier or later than these dates. This medal weighs 29.79 grams.

Other similar examples of this medal are known to exist but are seldom encountered. An inquiry to the Bavarian State Mint resulted in their statement that they had no record of such a medal being minted. This could be due to the medal being minted prior to 1945, and the record of such medals being subsequently destroyed at the end of the Second World War. Or perhaps, they do not retain such records.

A bit of research revealed a possible and likely identity of the die-sinker. The Munich firm of Graviertechnik Müller exists today and in 1934 Franz Müller started work there.1 In 1963 Franz Müller Jr. started working as an engraver with the firm. Per their website, they have been preparing dies for the Bavarian State Mint for over fifty (50) years. Unfortunately, inquiries to this firm to confirm their work regarding the die for this medal went unanswered.

The question then arises as to why such a medal exists and why Adolf Fichtner would have such a medal. The Bavarian State Mint currently produces coins and commemorative medals.2 These commemorative medals are available to the public. It is known through existing Orden der Bayerischen Tapferkeitsmedaille correspondence that replacement medals were ordered by their membership during the 1950’s. The letter featured below from Hugo Schmitt Ordenspräsident Orden der Bayerischen Tapferkeitsmedaille dated December 28, 1954 mentions that “fine-silber” replacements were available for DM 22 and “golden” replacements were available for DM 165. It mentions that the firm that supplies these is the supplier for the House of Wittelsbach. It is not known however who produced these replacements, nor what they looked like. It is possible that Adolf Fichtner’s original Gold Bavarian Bravery Medal was lost, stolen, or destroyed, and he needed a replacement. I find it entirely possible that he could have purchased this piece during the 1950’s. I have noticed that the suspensions on surviving examples vary slightly. The Bavarian State Mint may have sold these items without a suspension loop which Fichtner could have had a jeweler add at a later time. 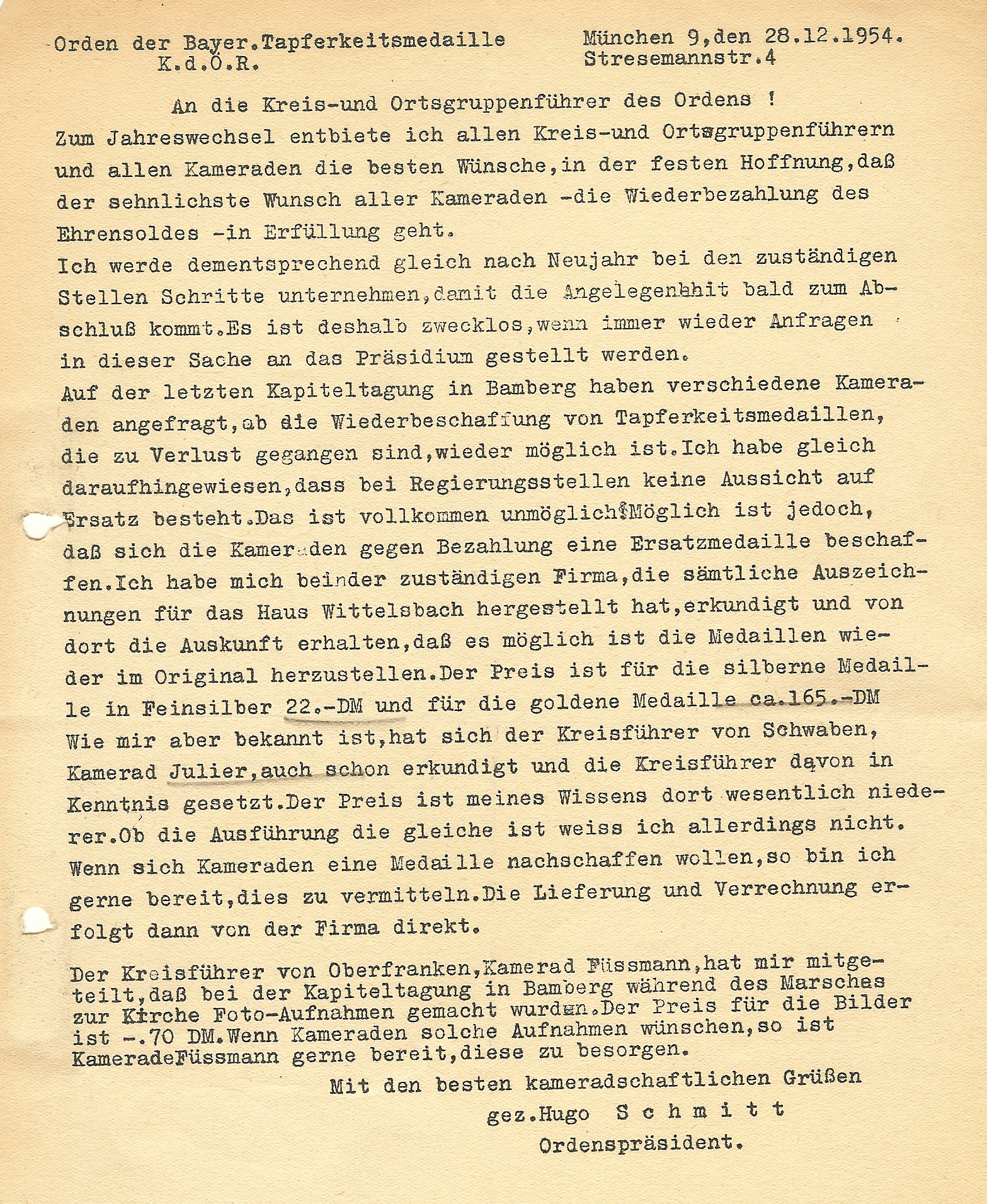 Silver medals struck from dies produced by engraver “fm” are also known.3 The example referenced has identical obverse and reverse features and the neckline of the bust of Maximilian Joseph is also marked “fm”. The edge of this example is impressed “BAYER. HAUPTMÜNZAMT· FEINSILBER”.

In summary, although the gold Fichtner Bavarian Bravery Medal was not officially-awarded and is a later-striking, probably from the 1950’s, existing evidence supports that the piece was most likely purchased by Fichtner to replace a medal that was lost, stolen, or destroyed. Such a piece is therefore numismatically significant and historically important.

Thank you for your interest regarding this grouping of awards. Comments are welcome.