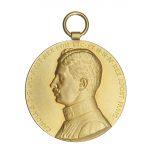 Introduction: In this blog I am going to discuss the Civil Merit Medal (Zivil-Verdienstmedaille) which was established by Emperor Karl I on April 30, 1918 to recognize extraordinary service in time of war or outstanding service in peace time by civil servants of all ranks or 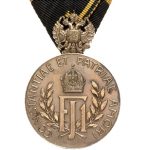 Introduction: In this blog I am going to discuss the Home Guard Forty Year Service Decoration (Landsturm 40 Dienstjahre Ehrenzeichen) Which was established by Emperor Franz Joseph I as a reward for award to those persons who served actively and with merit in an organization liable for 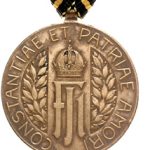 Introduction: In this blog I am going to discuss the Home Guard Twenty Five Year Service Decoration (Landsturm 25 Dienstjahre Ehrenzeichen) which was established by Emperor Franz Joseph I as a reward for to those persons who served actively and with merit in an organization liable for