Evolution of the Ludwig Order 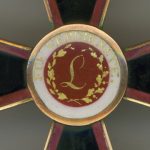 Crafting order decorations started on a larger scale with the end of the 18th century. Jewelers were appointed to manufacture decorations for the various countries and states while perfecting their techniques in doing so. The famous Prussian jeweler Georg Hossauer was certainly one of them, but others 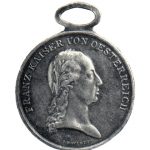 Introduction: In this blog I am going to discuss the 1805-1809 Honor Medal (Ehren Medaille). This was the fifth and sixth medals issued by the Austrian Empire specifically as a bravery medal. In this and subsequent blogs I am going to take the reader through the evolution 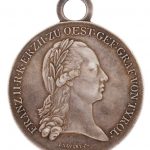 Introduction: In this blog I am going to discuss the Tyrolean Commemoration and Merit Decoration (Tiroler Errinerungs und Verdienstdekoration). This decoration was issued by Emperor Franz II in 1797 to reward those Tyrolean’s who took up arms in support of the Austrian army and who displayed exceptional bravery 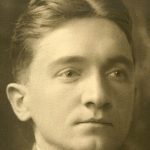 This is an interesting photo of a Bavarian Air Service pilot.  He is wearing a large medal bar with the Military Max Joseph Order Knight’s Cross, a Bavarian Military Merit Order IV Class with Swords, and a Prussian Iron Cross 2nd Class.  These awards appeared to have been artistically “added” to the