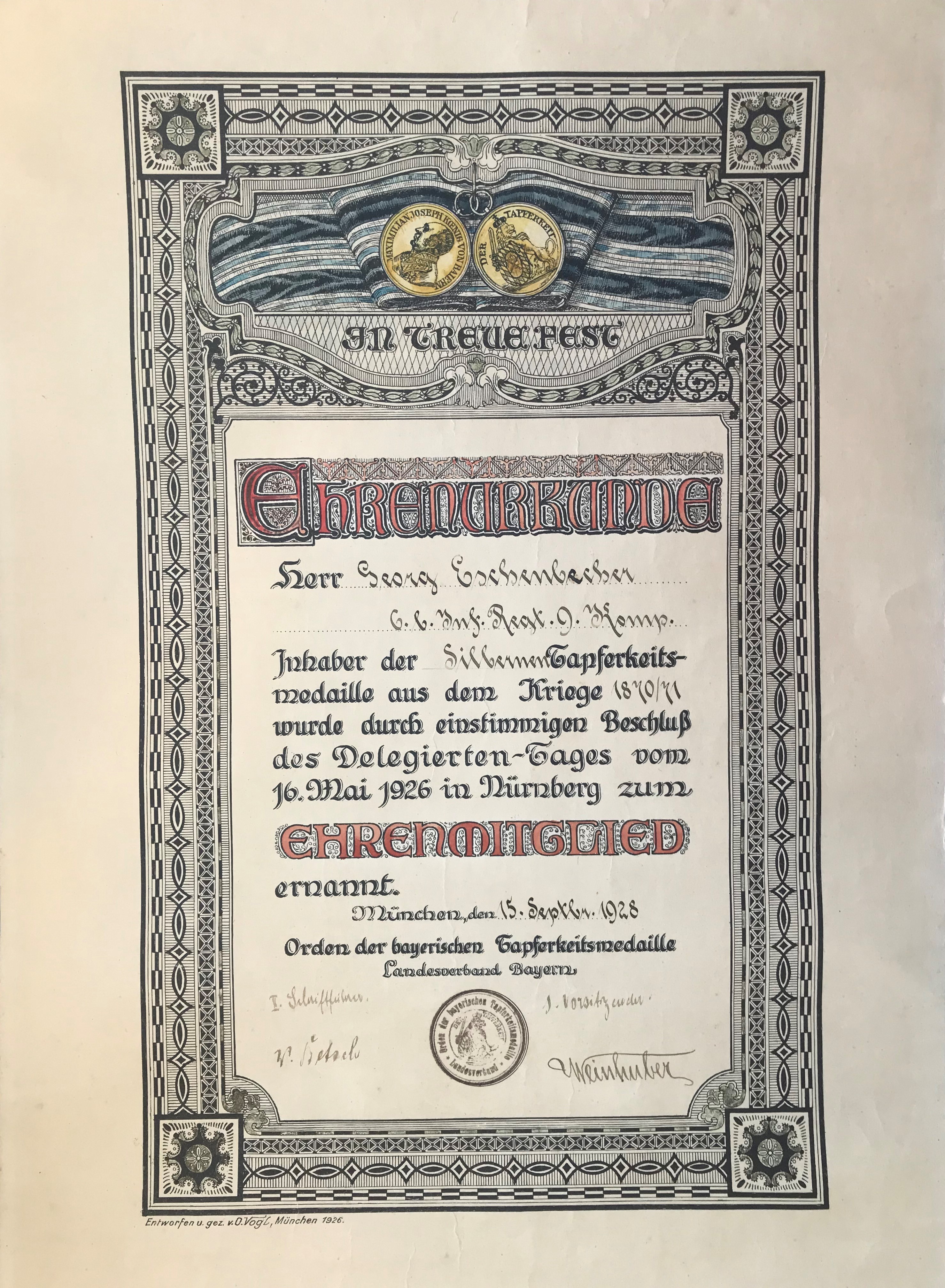 During the German-French 1870/71 War Georg Eschenbecher was a member of the 6th Infantry Regiment “King William of Prussia” (6. Infanterie-Regiment „König Wilhelm von Preußen”).  He was awarded the Bavarian Military Merit Medal in Silver (bayerische silberne Militär-Verdienst-Medaille) for action on September 19, 1870:

A rough translation into English:

“In the battles at Petit-Bicêtre and Châtillon on September 19, 1870 soldier Georg Eschenbecher of Pfrentsch, Vohenstrauß District, of the 9th Company of the 6th Infantry Regiment “King William of Prussia” volunteered to clear away a barricade under heavy enemy fire.  Moreover he participated in the attack on a park despite receiving wounds and only visited the dressing station at the behest of his Company Commander.  Released from the hospital, he reported within his three day service exemption for a patrol.”

The following is an excerpt regarding the action on September 19, 1870 in the area where Georg Eschenbecher fought during the investment of Paris:

“As the adversary’s strength began visibly to wane after the vigorous action lasting half an hour, the Bavarians made a fresh advance along the whole line.  The 1st battalion 6th Regiment, under the guidance of Colonel Hötler, gained possession of the Chateaux Rouge and Hachette, and from the northern border of the plantations threatened the enemy’s main position on the telegraph heights.  Part of the south wall enclosing the park at Plessis Piquet had been destroyed by the projectiles of the Bavarian artillery.  Through this breach, which was widened by the pioneers, and also over a barricade across the road, the companies of the 7th and 15th Regiments in the centre of the fighting line reached the above-named park.  The detachments which had moved further on the left being unable to find an entrance at the south-west corner, made their way towards the west side of the village, and driving the enemy before them penetrated into it along the main street.”

The following is yet another description of the action on that day:

“Being informed of the situation at the scene of conflict on the plateau of Bicêtre, General von Hartmann (the Corps Commander) at once sent thither an artillery reinforcement, and ordered the 5th Brigade to attempt a junction to his left by way of Malabry.  As soon as this brigade had deployed under a hot Chassepôt and artillery fire between Pavé blanc and Malabry, General von Walther (commanding 3rd Bavarian Division) passed to the attack of Plessis-Piquet.  The artillery advanced to a short distance on the hither side of the park wall, and then the infantry broke out from the wood of Verrières, and, after a brief but sharp struggle, took possession of the mill lying to the southward.  After half an hour’s artillery preparation, the Bavarians advanced on Hachette by rushes, and broke into the park at Plessis.” 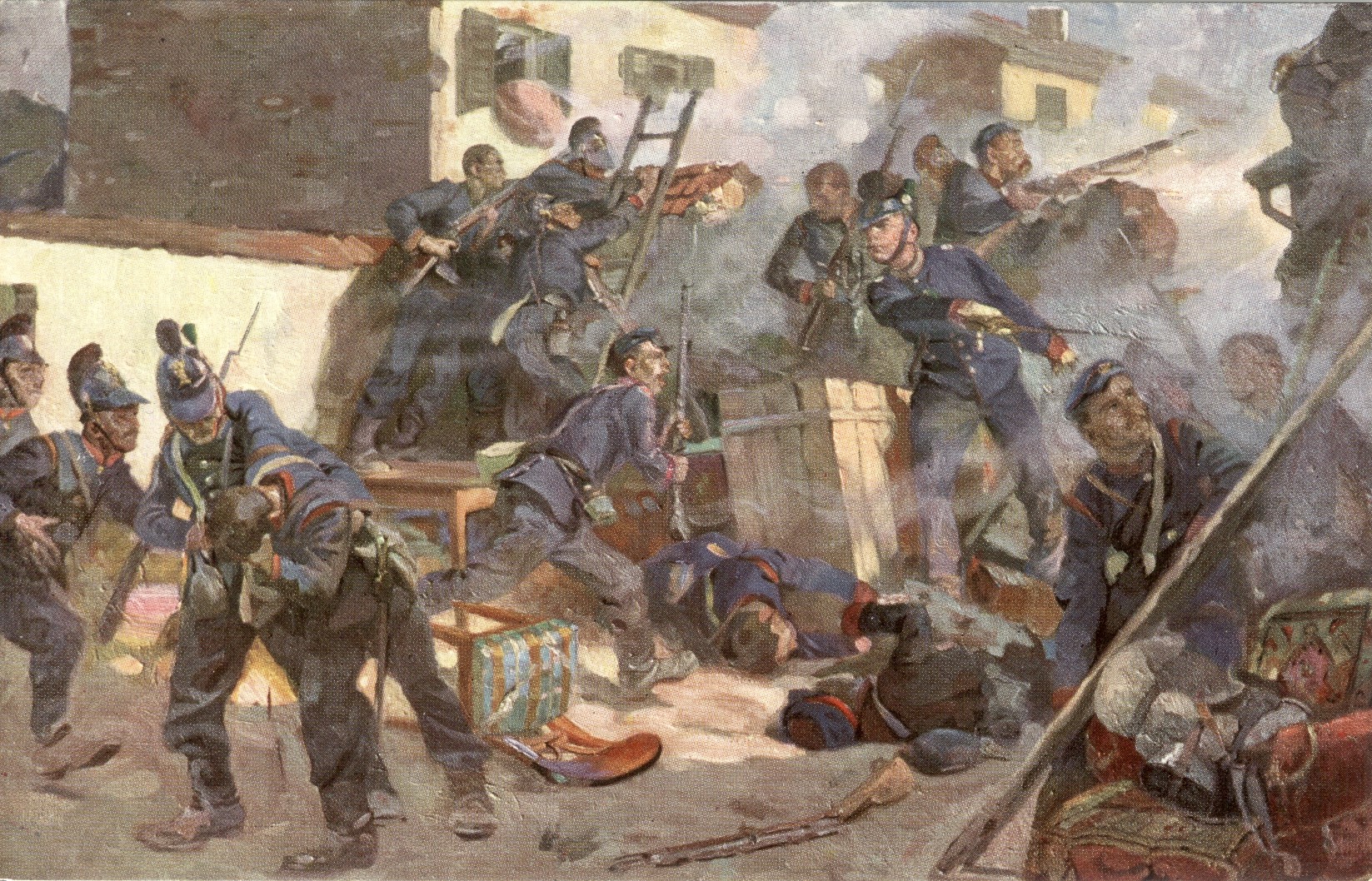 Figure 2: A postcard with an artist’s depiction of the fighting at a barricade at Châtillon on “September 19, 1870”.  Unterleutnant Franz Spreither is shown leading a small detachment of the 5th Infantry Regiment.  From an original painting by artist Ludwig Putz (*8.15.1866, †1947) which was in the Bavarian Army Museum.  Image from author’s archive. 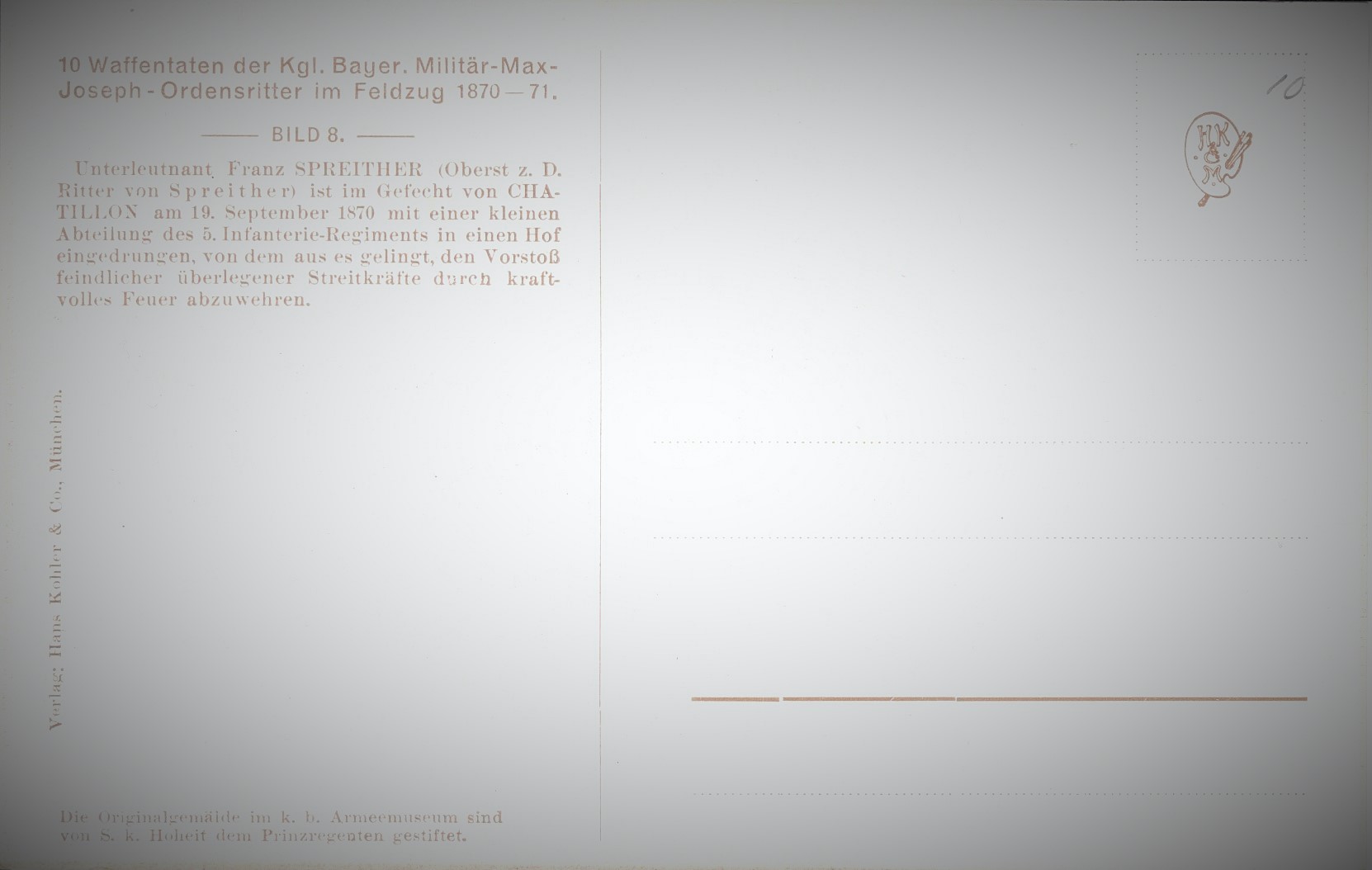 Figure 3: Reverse of the postcard shown above with a description of the action at Châtillon on “September 19, 1870” shown in the painting. Image from author’s archive.

It is interesting to note that on the reverse of the postcard, Unterleutnant Franz Spreither (*2.11.1846, †1.16.1912) is described as leading a small detachment of the 5th Infantry Regiment at Châtillon on “September 19, 1870”.  This postcard series depicts actions which led to the awarding of the Military Max Joseph Order to Officers.  This notation is in error however as later-promoted Oberleutnant Franz Spreither was awarded the Military Max Joseph Order on January 26, 1871, for action at Châtillon (Bagneux) on October 13, 1870.  The painting of Unterleutnant Franz Spreither at Châtillon therefore depicts action on October 13, 1870, and not on September 19, 1870.  However, it is also a good representation of the type of barricade fighting in which Georg Eschenbecher took part that took place on September 19, 1870.

As a side note, a photograph of Franz Ritter von Spreither is shown below. 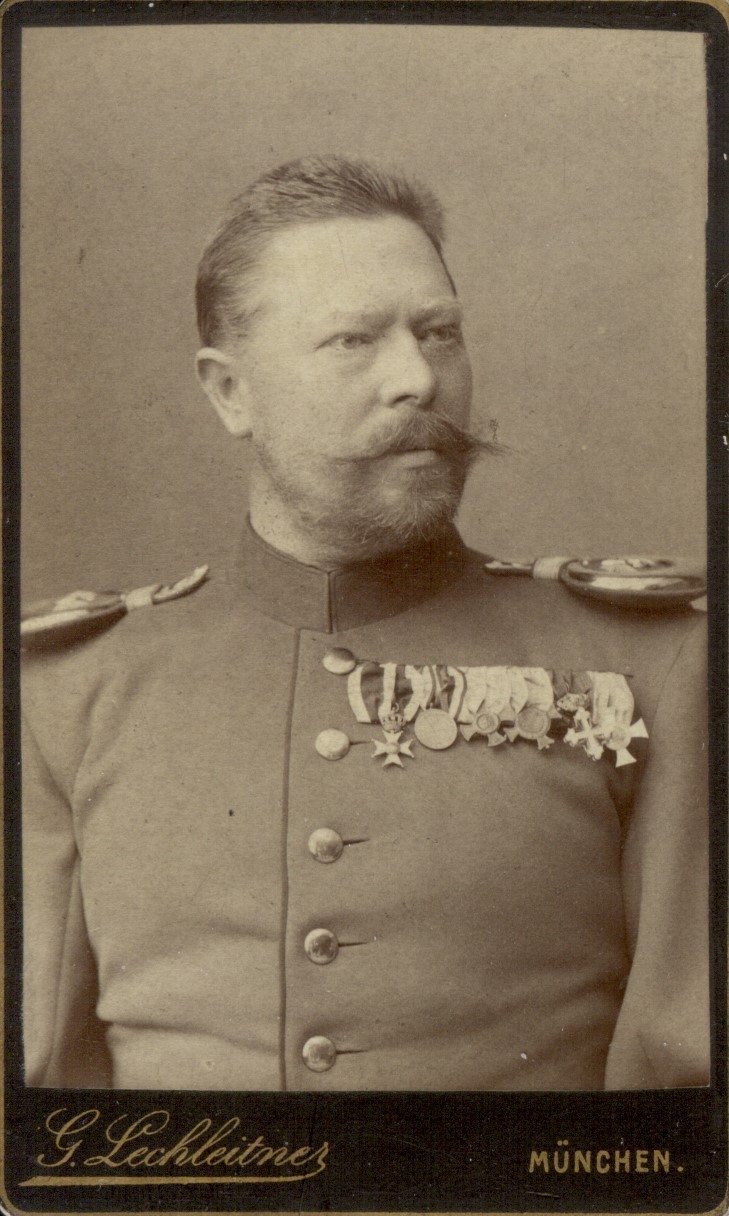 In the photograph shown above, Franz Ritter von Spreither is wearing his large order bar.  In the first position he is wearing his Bavarian Military Max Joseph Order Knight’s Cross, followed by an 1870-71 Campaign Medal, a Bavarian 1866 Campaign Cross, A Bavarian Service Award Cross 2nd Class for 24 Years of Service, a Royal Italian Order of Saints Maurice and Lazarus, and a Prussian Crown Order Cross 3rd Class.

Georg Eschenbecher was also awarded the Prussian Iron Cross 2nd Class for action during the 1870/71 War. 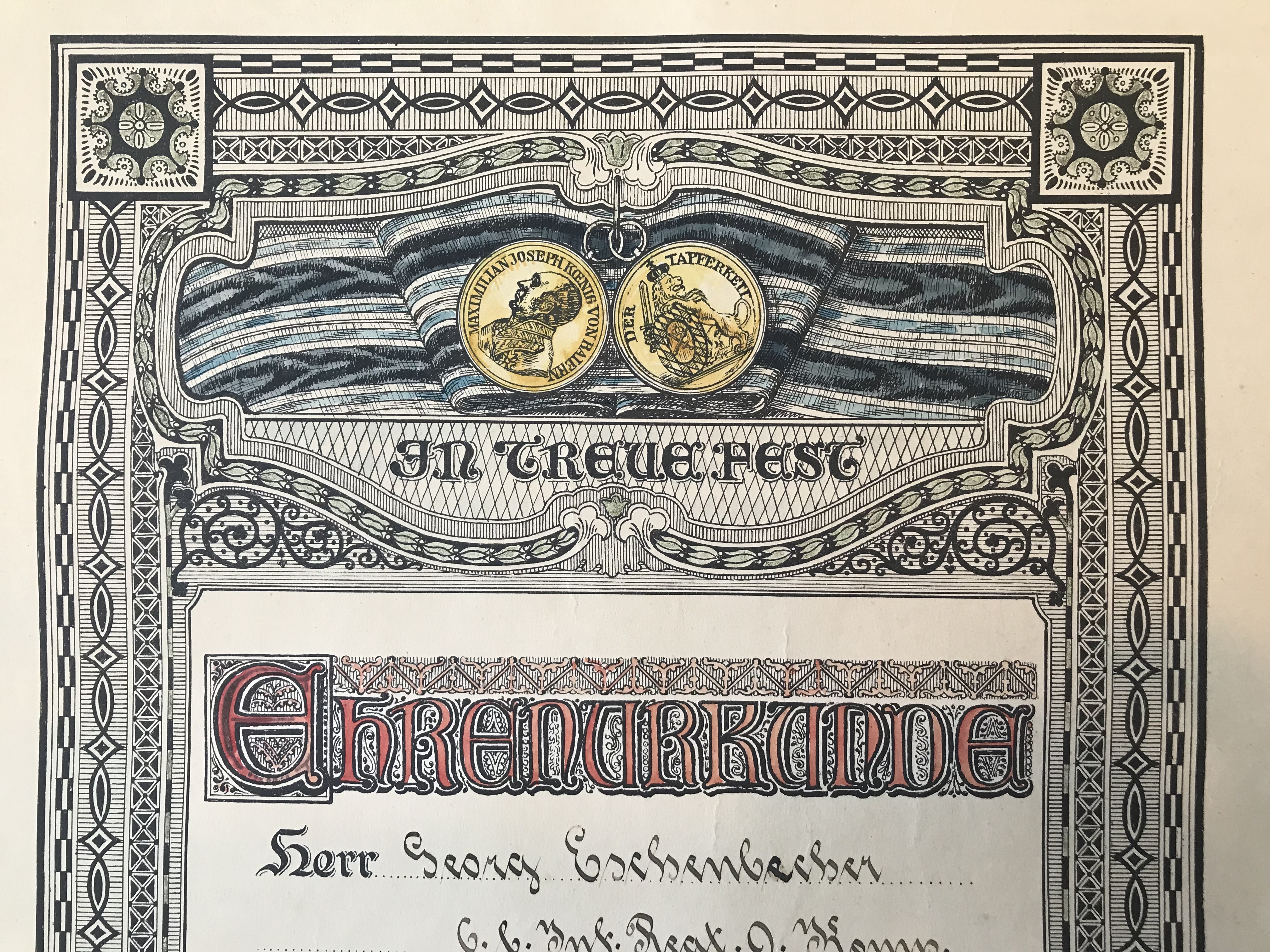 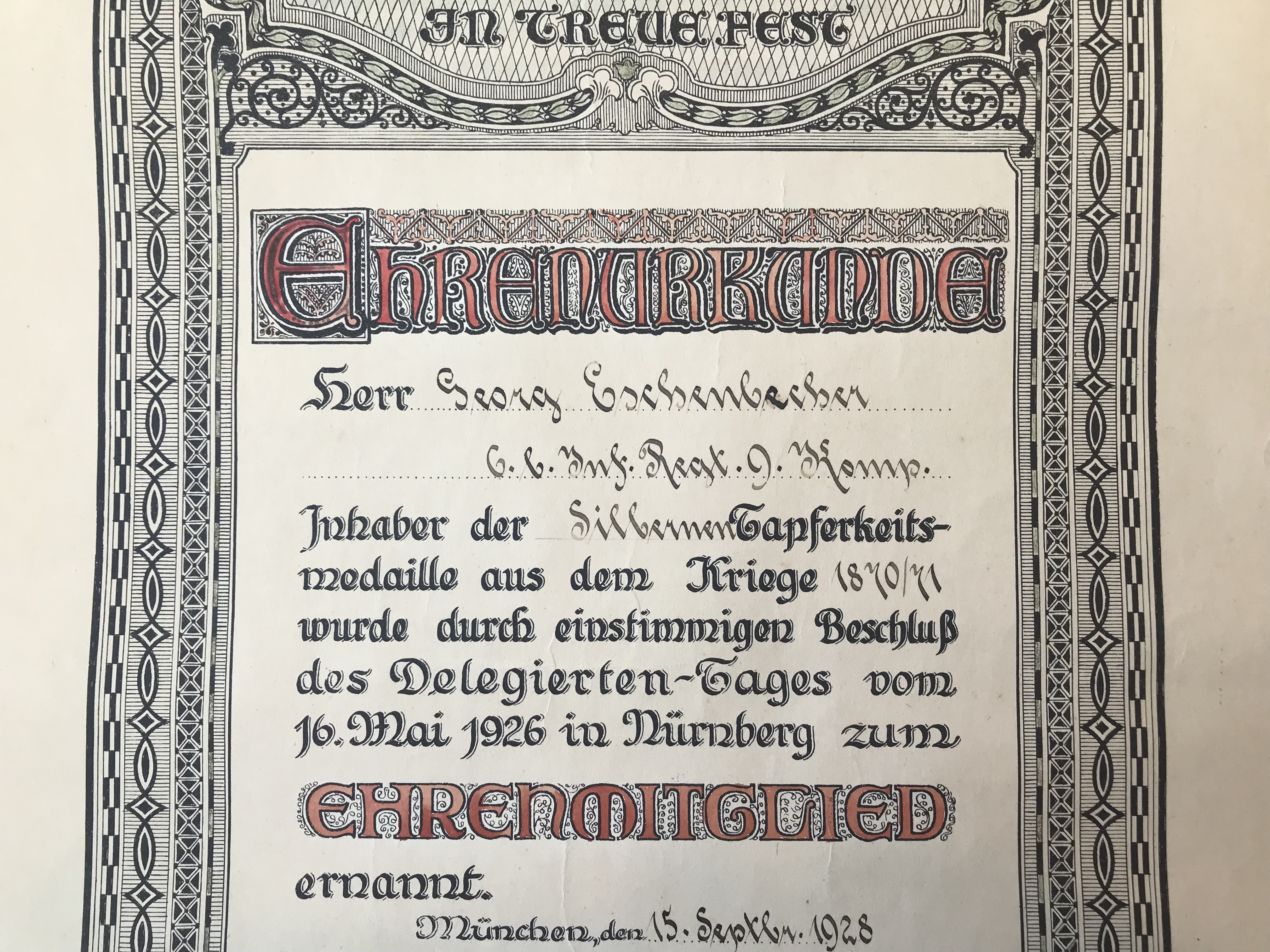 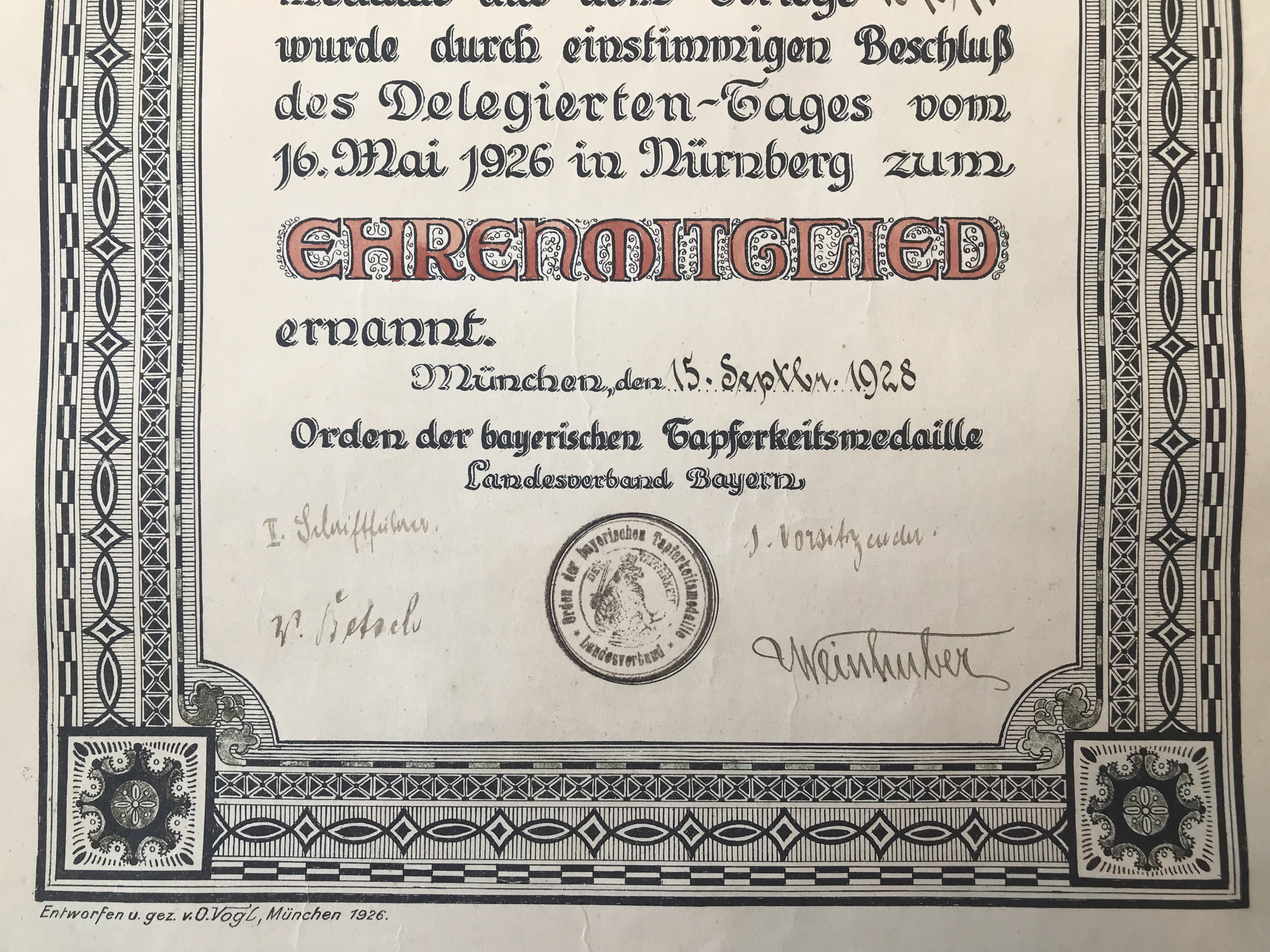 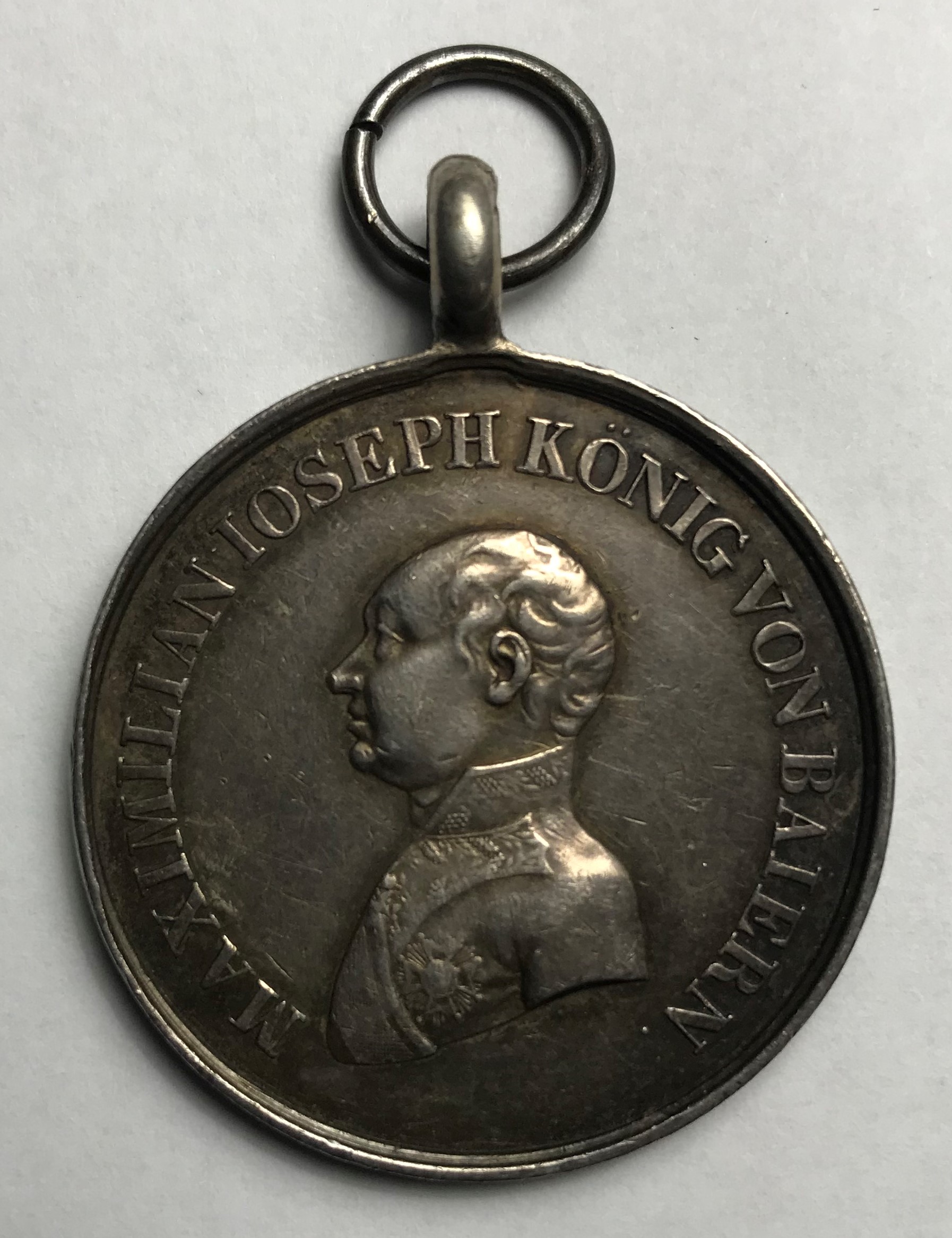 Figure 8: Example of the obverse of the type of Bavarian Silver Military Merit Medal awarded to Georg Eschenbecher for action during the 1870/71 War.  Image from author’s archive. 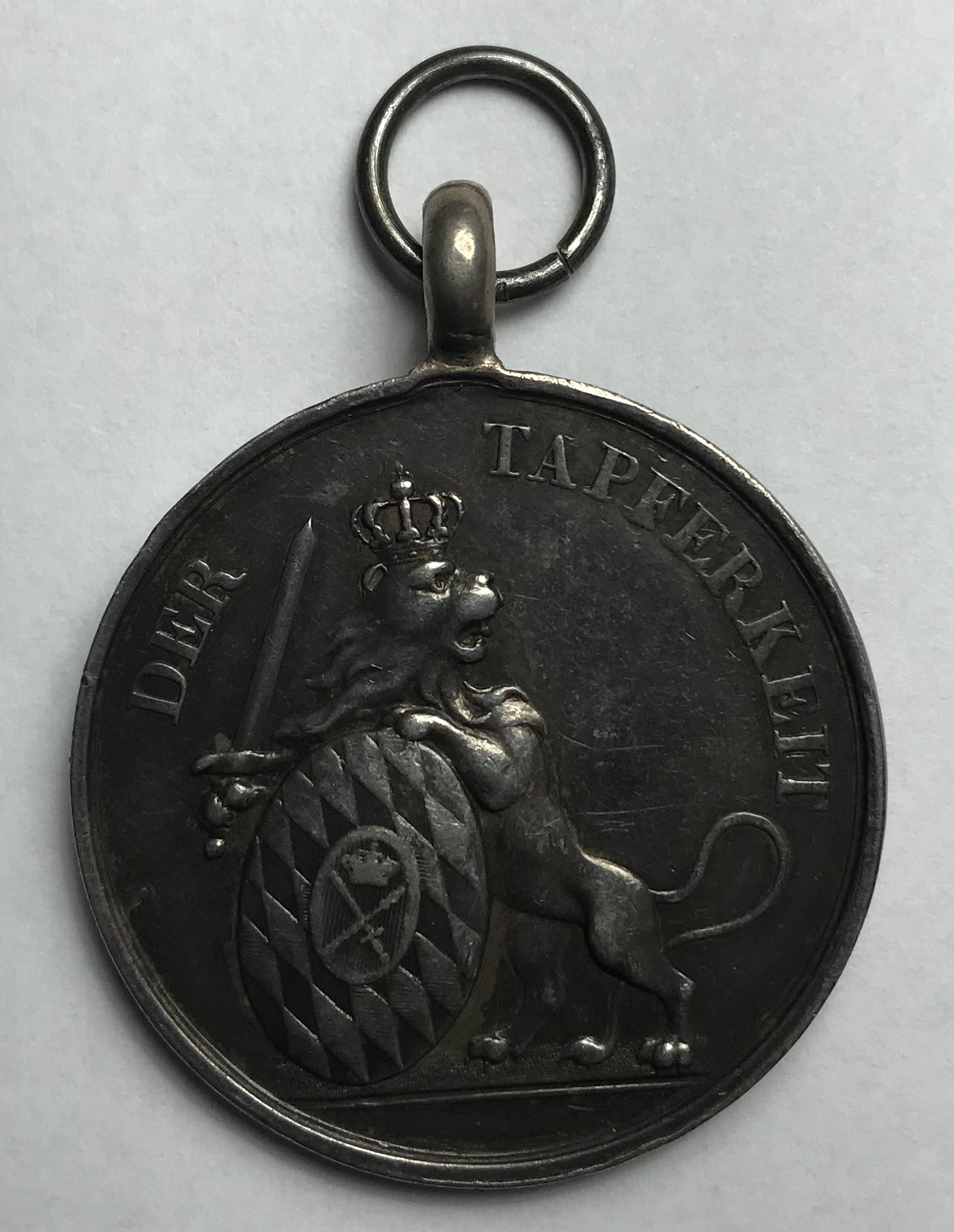 Figure 9: Example of the reverse of the type of Bavarian Silver Military Merit Medal awarded to Georg Eschenbecher for action during the 1870/71 War. Image from author’s archive.

Thank you for your interest regarding this article.  I have not seen another example of this type of document.  Do any readers know of other examples?  Comments are welcome.